World of Royal Crowns and Tiaras - The Girls of Great Britain and Ireland Tiara. . When Princess Mary of Teck married Prince George, Duke of York in July 1893, among Mary’s wedding presents was the Girls of Great Britain and Ireland Tiara from the committee of women, led by Lady Eva Greville, who raised money for its creation. . Made by Garrard, it was made of diamonds set in silver and gold. The original version was topped by fourteen pearls. A second frame allowed the tiara to be worn as a coronet. . In 1910, Queen Mary wore the tiara in one of her first official portraits. In 1914, however, she had Garrard remove the pearls from the top of the tiara, replacing them with 13 diamond brilliants. . Mary gifted the Tiara to Princess Elizabeth when she married Prince Philip in 1947. The Tiara went on display with the rest of Elizabeth's wedding presents. . The Tiara quickly became a central part of Queen Elizabeth’s jewellery collection and become the most frequently worn tiara of Queen Elizabeth II. . . . . . . . . . #britishroyalfamily #royaljewels #royaljewellery #crownjewels #queenvictoria #britishroyals #royalfamily #buckinghampalace #windsorcastle #thecrown #victoriaandalbert #monarchy #princealbert #britishmonarchy #queenelizabeth #queenelizabethii #princephillip #dukeofedinburgh #royalfashion #royaltiara #tiara #tiaras #crownjewel #queenmary 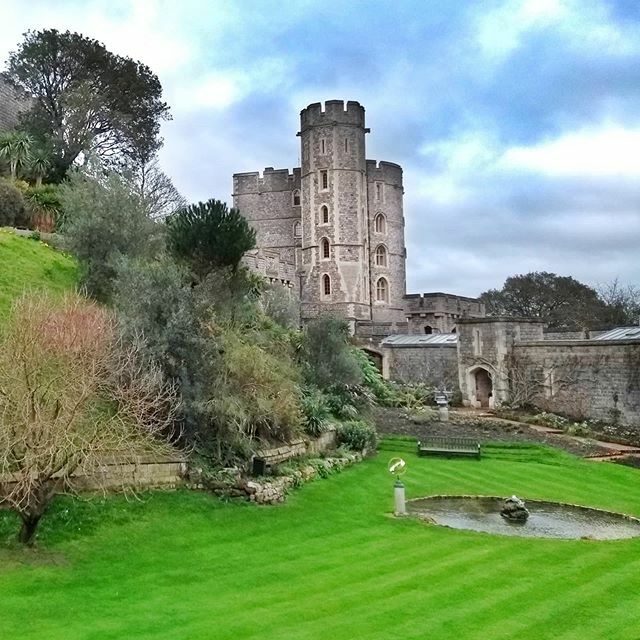 I can’t feel my life “simple and normal” any more after knowing how the royal stays in Windsor Castle.😆 #🇬🇧#🏴󠁧󠁢󠁥󠁮󠁧󠁿#windsor #windsorcastle #royalresidence

'Too long a day' is what Tuesdays should be called. Oh yes, this is another place we offer free tours to. Maybe we should call our travel company 'Raja travels'. Geddit? 😂😂😂 #traveltuesday

Queen Elizabeth, The Queen Mother and Princess Margaret posing for photo in 1980.🇬🇧

The Girls of Great Britain and Ireland Tiara. . When Princess Mary of Teck married Prince George, Duke of York in July 1893, among Mary’s wedding presents was the Girls of Great Britain and Ireland Tiara from the committee of women, led by Lady Eva Greville, who raised money for its creation. . Made by Garrard, it was made of diamonds set in silver and gold. The original version was topped by fourteen pearls. A second frame allowed the tiara to be worn as a coronet. . . . . . . #britishroyalfamily #royaljewels #royaljewellery #crownjewels #queenvictoria #britishroyals #royalfamily #buckinghampalace #windsorcastle #thecrown #victoriaandalbert #monarchy #princealbert #britishmonarchy #queenelizabeth #queenelizabethii #princephillip #dukeofedinburgh #royalfashion #royaltiara #tiara #tiaras #crownjewel #queenmary 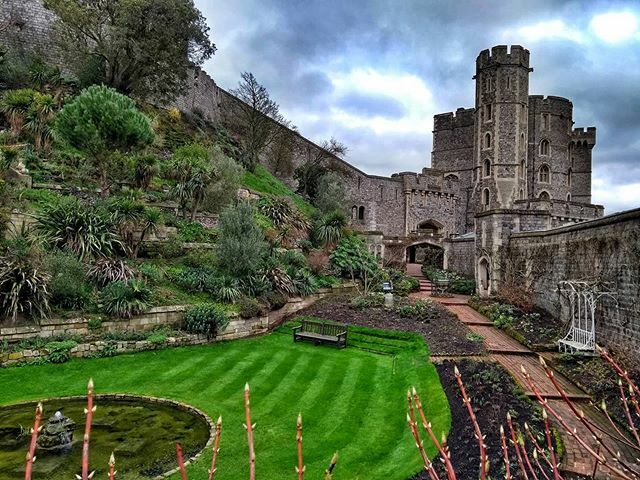 On This Day In Royal History . 17 February 1861 . Princess Helena of Waldeck and Pyrmont was born Princess Helena, later Duchess of Albany; who became a member of the British royal family by marriage, was the fifth daughter & child of George Victor, Prince of Waldeck and Pyrmont & his first wife, Princess Helena of Nassau. . She was born in Arolsen, capital of Waldeck principality, in Germany. . On 27 April 1882, Helena married Prince Leopold, youngest son of Queen Victoria in St. George's Chapel, Windsor Castle. After their wedding, Leopold & Helena resided at Claremont House. The couple had a brief, but happy marriage, ending in the hemophiliac Leopold's death from a fall in Cannes, France, in March 1884. At the time of Leopold's death, Helena was pregnant with their second child. . The couple had two children: . Princess Alice of Albany (1883-1981), later Countess of Athlone . Prince Charles, Duke of Albany (1884-1954), born posthumously, later Duke of Saxe-Coburg and Gotha. . . According to the memoirs of Helena's daughter, Princess Alice of Albany, Helena was very intelligent, had a strong sense of duty, & a genuine love of welfare work. The Queen soon came to regard her young daughter-in-law with great respect & affection. . Before her marriage, Helena's father had made her superintendent of the infant schools in his principality, & in this position the Princess had devised the pupils' educational curriculum. Helena particularly enjoyed solving mathematical problems & reading philosophy: during their tragically brief marriage, Prince Leopold proudly introduced his wife to the circle of academics he'd befriended at Oxford University. . Helena was also involved in several hospital charities & with those dedicated to ending human trafficking. During World War I, she organised much of her charity work along with that of her sister-in-law Princess Beatrice & husband's niece Princess Marie-Louise to avoid the not-uncommon problem of conflicting (& sometimes misguided) royal war-work projects. . After Leopold's death, Helena & her two children, continued to reside at Claremont House. . .

As we're on half term this week, I am mostly enjoying a week off with my boys. ⠀ ⠀ During the holidays I try to work half on / half off, but this holiday I am fully off, and I am definitely missing spending some time at work. It's funny I feel like I've only just got back into it since Christmas and now am on an enforced break again. ⠀ ⠀ If you're thinking of working with me, I have the following availability right now:⠀ ⠀ ⚡️ Platform Management: 1 client⠀ ⚡️ Super Power Hour: 2 slots⠀ ⚡️ Super Nurture Programme (6 week coaching programme): 2 clients⠀ ⠀ Although not fully at work this week, I am taking bookings for Discovery Calls for when I'm back next week. Spaces are filling fast, so if you're thinking about booking in, send me a DM or email (link in bio) and we can get something set up.⠀ ⠀ .⠀ ⠀ .⠀ ⠀ .⠀ ⠀ .⠀ ⠀ .⠀ ⠀ .⠀ ⠀ 📸 by the lovely lovely Stephanie @summersphotouk ⠀ on location @nimiacoffee_eton 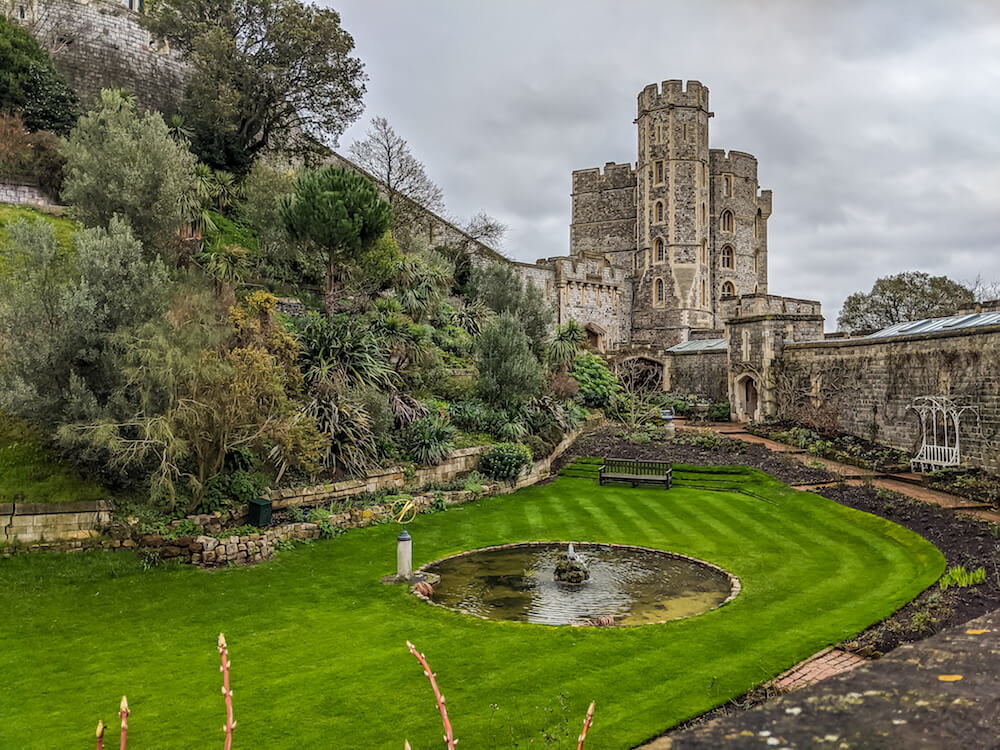 A month in London💫 #windsorcastle

The happiest of holidays 🎄🎁! 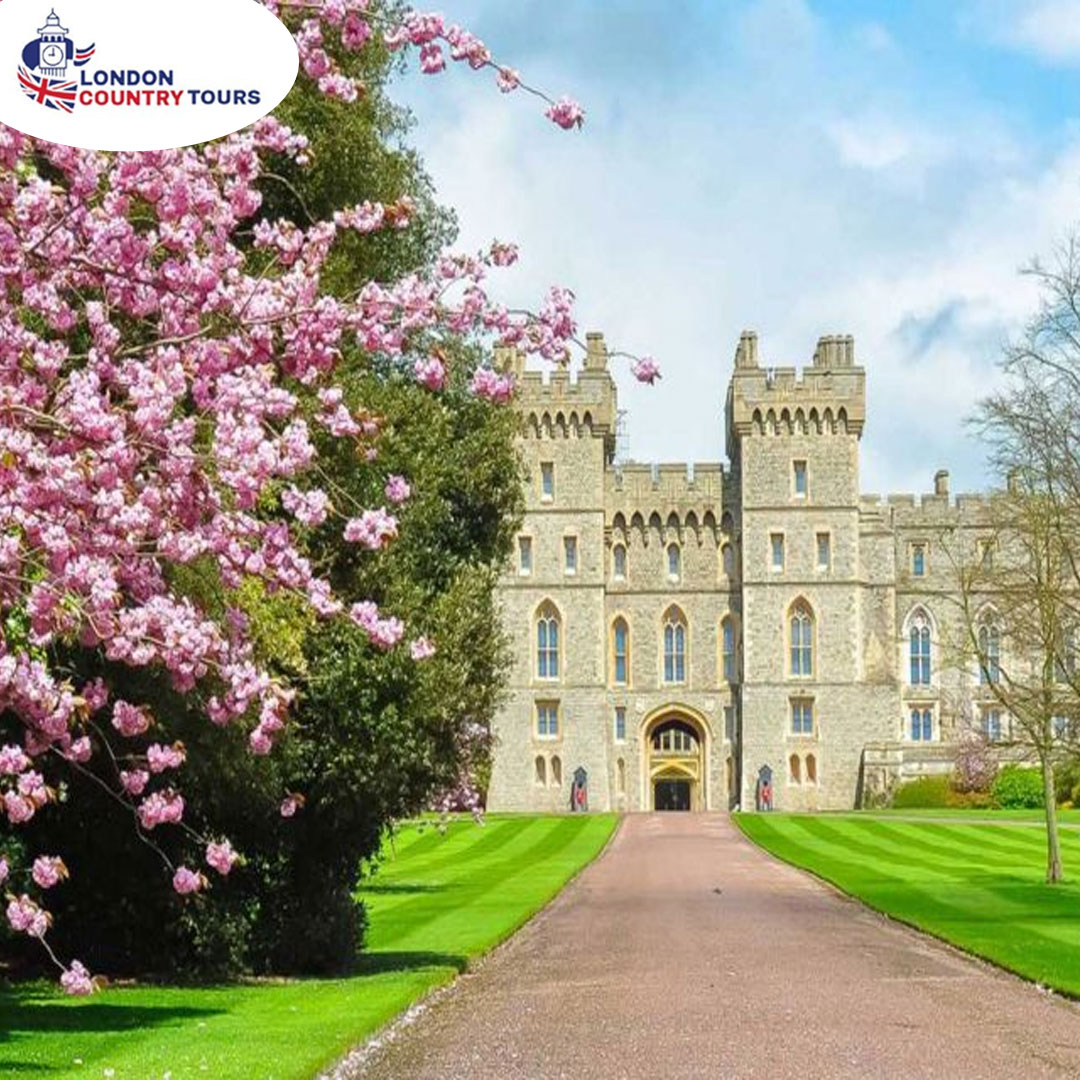 To complete your private tour you can then admire the heritage of the City of Bath boasting spectacular Georgian architecture and more listed buildings than London. Check it out at : https://www.londoncountrytours.co.uk/tour/windsor-castle-tour/ … #WindsorCastle #Stonehenge #WindsorCastleTourpic.twitter.com/ABxSl9byw4

Hope everyone had a good weekend! #weloveyoumeghan

At least we know where the STD originated from 🤣#windsorcastle #fannyburney

The day u was born was an amazing day. My second daughter and one that would follow me around all the time asking to be picked up and Always wanting to be with her dad. You have grown Into an amazing young lady and me and Res are so proud of you. You are following your dreams and being who u want to be. Letting no one hold you back. Thanks for supporting my dreams as well. We are 2 very Proud Dad. Love you millions and Millions. Happy 18th Birthday 🎁🎊🎂🎊🎁🎂❤🥰😘 . . . #travel #potd #travelgram #instatravel #anniversary #gaylove #longdistancerelationship #london #Boracay #pride #gay #instagay #unitedkingdom #lgbt #wearetravelgays #ukgay #bornthisway #lovewins #gaydads #traveling #windsorcastle #gaytravel #gaycouple  #gayuk #gaystagram #gayboy #boyfriends #lgbtq #loveislove 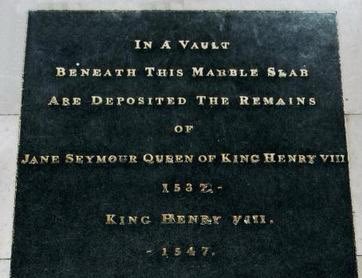 "It's not enough to just survive something. That's not the point of life. You've got to thrive, you've got to feel happy.” ~The Duchess of Sussex . 👑👑👑👑👑👑 . Life doesn't fit into a formula. It takes time to find your lane, and courage to run in a lane that doesn't look like everyone else's. Step out of the norm to find your happy and thrive! . . . . . . . #TCsTreks #WindsorCastle #UK #England #SussexSquad #Thrive #LifeLessons #FindYourLane #FollowYourTrueNorth #DukeAndDuchessofSussex #HarryAndMeghan #MeghanandHarry #MeghanMarkle #MeghanDuchessofSussex #SoGrateful #LifeIsSweet #ForSuchATimeAsThis #CreativeWanderer #SoloTraveler #PassportPassion #GirlsWhoTravel #TravelingGirl #WomenWhoTravel #TCNewman #Anchor #Reporter #TVHost #Writer #CreativeType 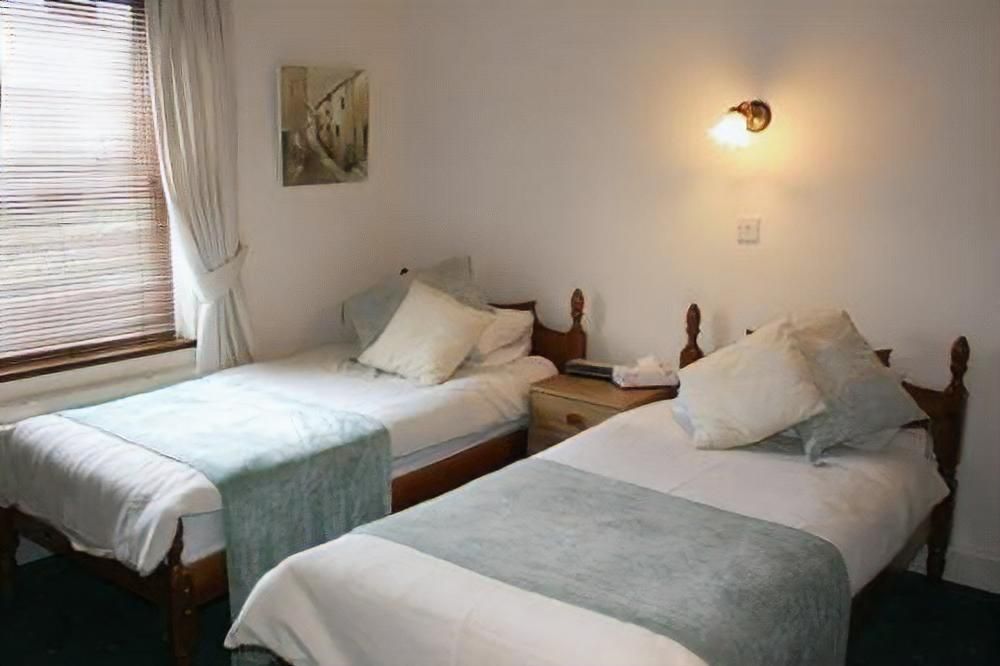 One of my favorites! 💞💞 . . . #meghanmarkle #princeharry #royalwedding #dukeandduchessofsussex 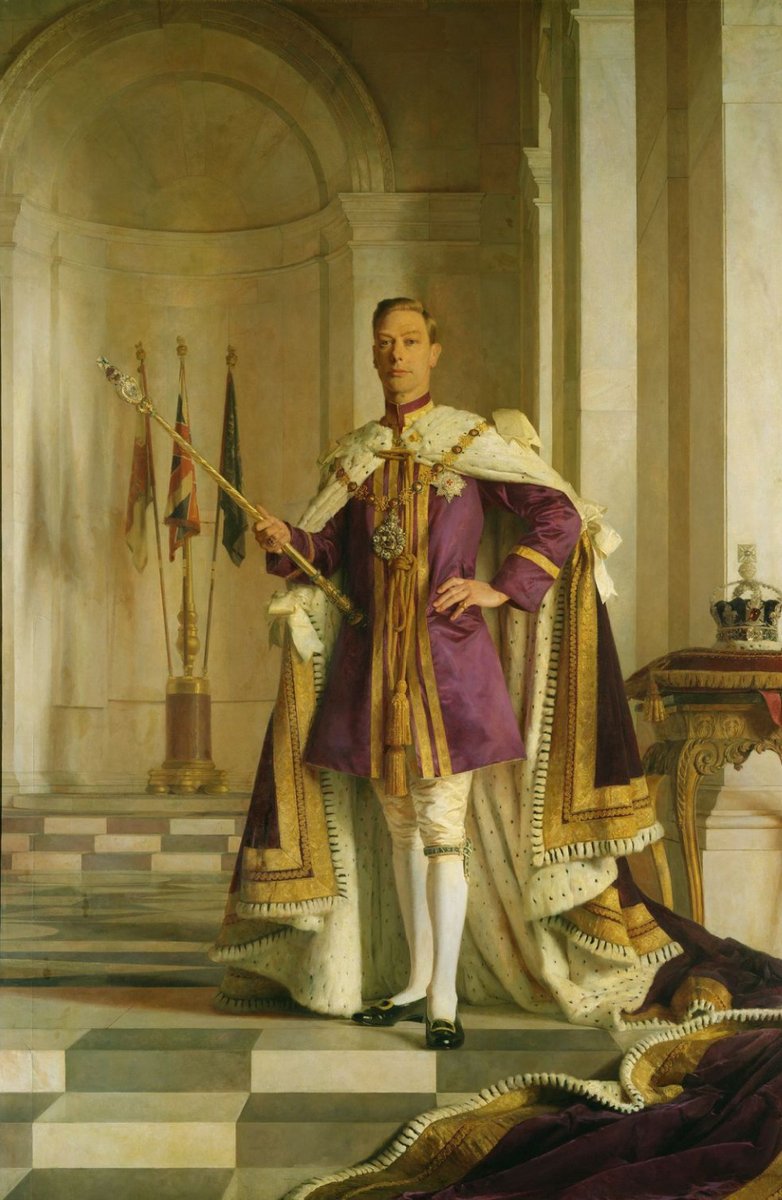 Princess Elizabeth and her parents in 1937.🇬🇧

The Queen has now been on the throne 68 years - when I see pictures like this the reality of those years really hits home... 😊😊 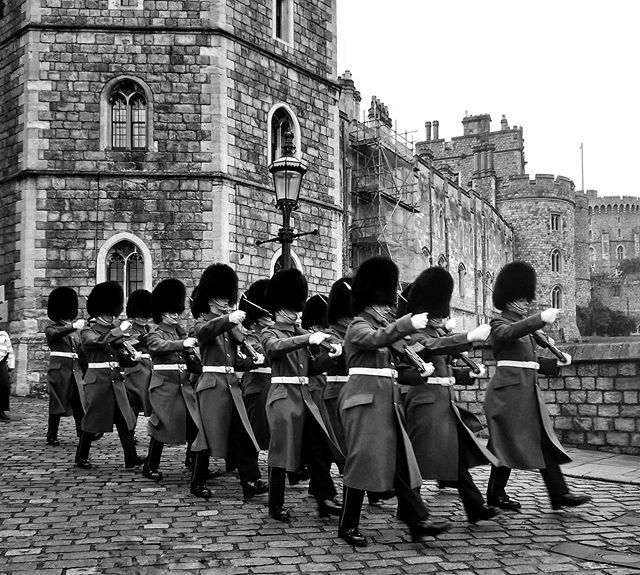 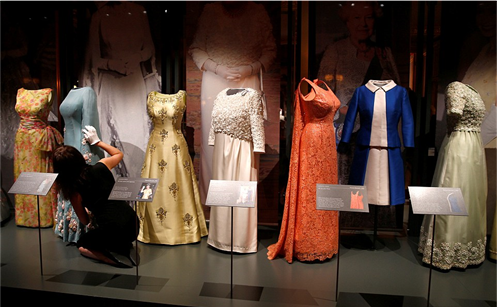 Step into one of the spectacular costumes, make a Victorian fashion accessory or hear the captivating story of Queen Victoria’s Wedding. Find all this and more at Windsor Castle this half-term. #WindsorCastle #Halfterm #QueenVictoria #HolidayInnExpresspic.twitter.com/5P6dieJkUF

Ashamedly drinking @BlueMoonBrewCo at @WindsorCastle_P #lye whilst others drank real ale.(I did have a pint of Geneva 5% to start tho)pic.twitter.com/trxLliyQT6 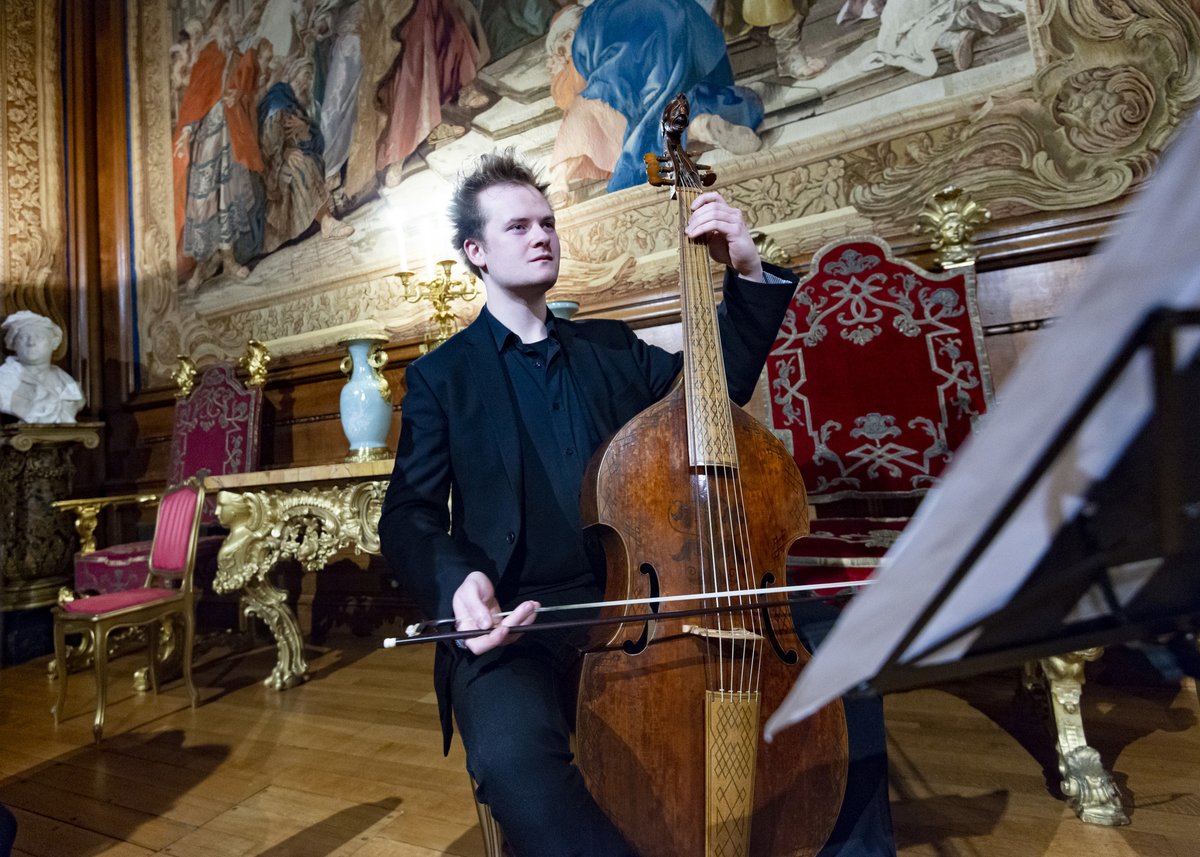 An episode of The #EarlyMusicShow for @bbcradio3 was recorded recently at #WindsorCastle. Listen on Sunday, 16 February at 14:00 to hear music associated with the reign of #CharlesII and Queen Catherine. https://bbc.in/39tXOZB pic.twitter.com/OZ1dJ2zqUG

🇬🇧 Queen Elizabeth II is the UK’s longest-reigning monarch, having spent nearly 70 years as the country’s head of state. Once she gives up her position, Prince Charles, the longest king-in-waiting will replace her, but it could be some time before he can assume his birthright. The Queen famously stated she would stay on the throne until her death and would not consider abdication. Rumours of retirement dogged her last year, as people predict the monarch will step down at 95. In a statement, a spokesperson for the Palace said: “There are no plans for any change in arrangements at the age of 95 — or any other age.” The Queen’s reluctance to retire allegedly comes from her family experience and allegiance to the throne. ••••••••••••••••••••••••••••••••••••••••••••••••••••••••••••••••• 🇧🇷 A rainha Elizabeth II é a monarca mais antiga do Reino Unido, tendo passado quase 70 anos como chefe de estado do país. Depois que ela desistir de sua posição, o príncipe Charles, o rei mais aguardado a substituirá, mas pode levar algum tempo até que ele possa assumir o direito de primogenitura. A rainha afirmou que ficaria no trono até sua morte e não consideraria abdicar. Rumores de aposentadoria a perseguiram no ano passado, já que as pessoas prevêem que o monarca vai deixar os 95 anos. Em um comunicado, um porta-voz do Palácio disse: "Não há planos para nenhuma mudança nos arranjos aos 95 anos - ou em qualquer outra idade". A relutância da rainha em se aposentar supostamente vem de sua experiência familiar e lealdade ao trono. 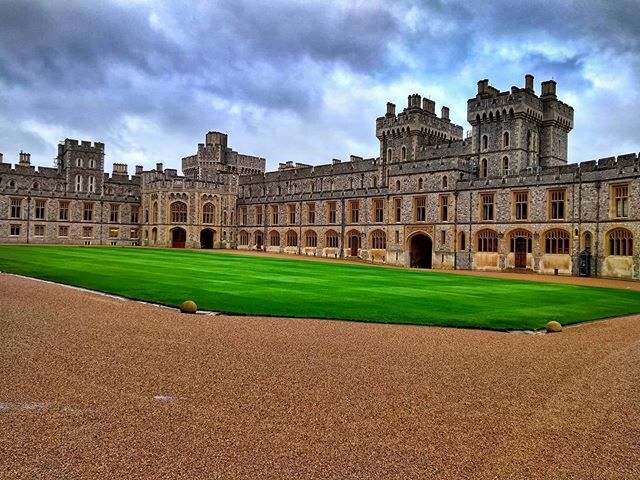 Windsor Castle 🏰 in the storm! 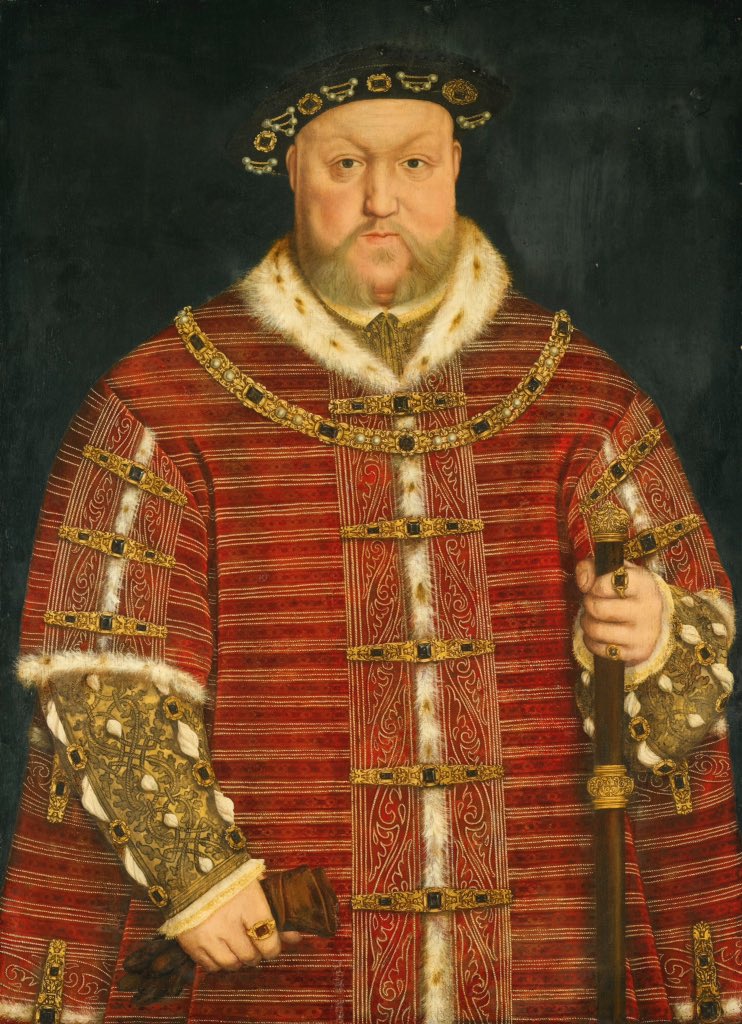 #HenryVIII was buried alongside his beloved third wife #JaneSeymour in the chapel at #WindsorCastle #OTD in #Tudor times (1547). Don't expect to see a grand tomb or anything, though; he's simply marked with a slab in the floor that most people walk over without even realisingpic.twitter.com/XD13QD6cfF

A Visit at Windsor Castle - the largest & oldest occupied castle in the world where the Queen loves to spend her private weekends. #day2of9 #WindsorCastle #BeHappier #02202020… https://www.instagram.com/p/B8pZIQVghqvXnlWnfjjNAPVU-oe48X5tYH0L-40/?igshid=1nocpz477ejoh … 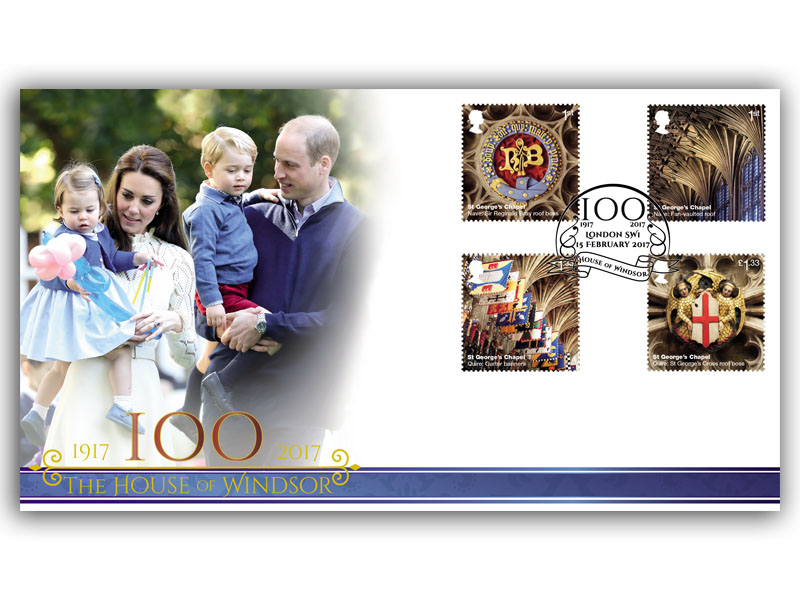 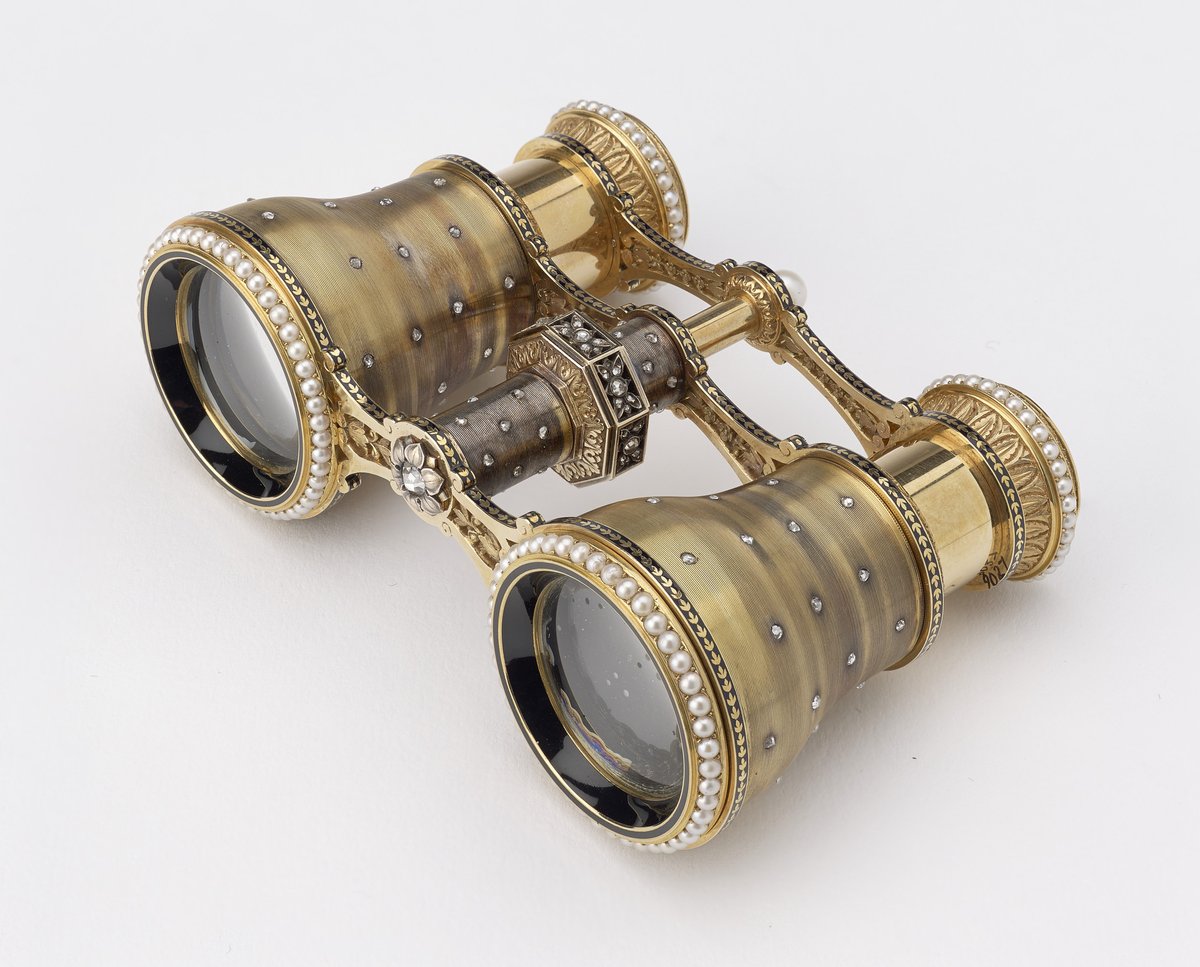 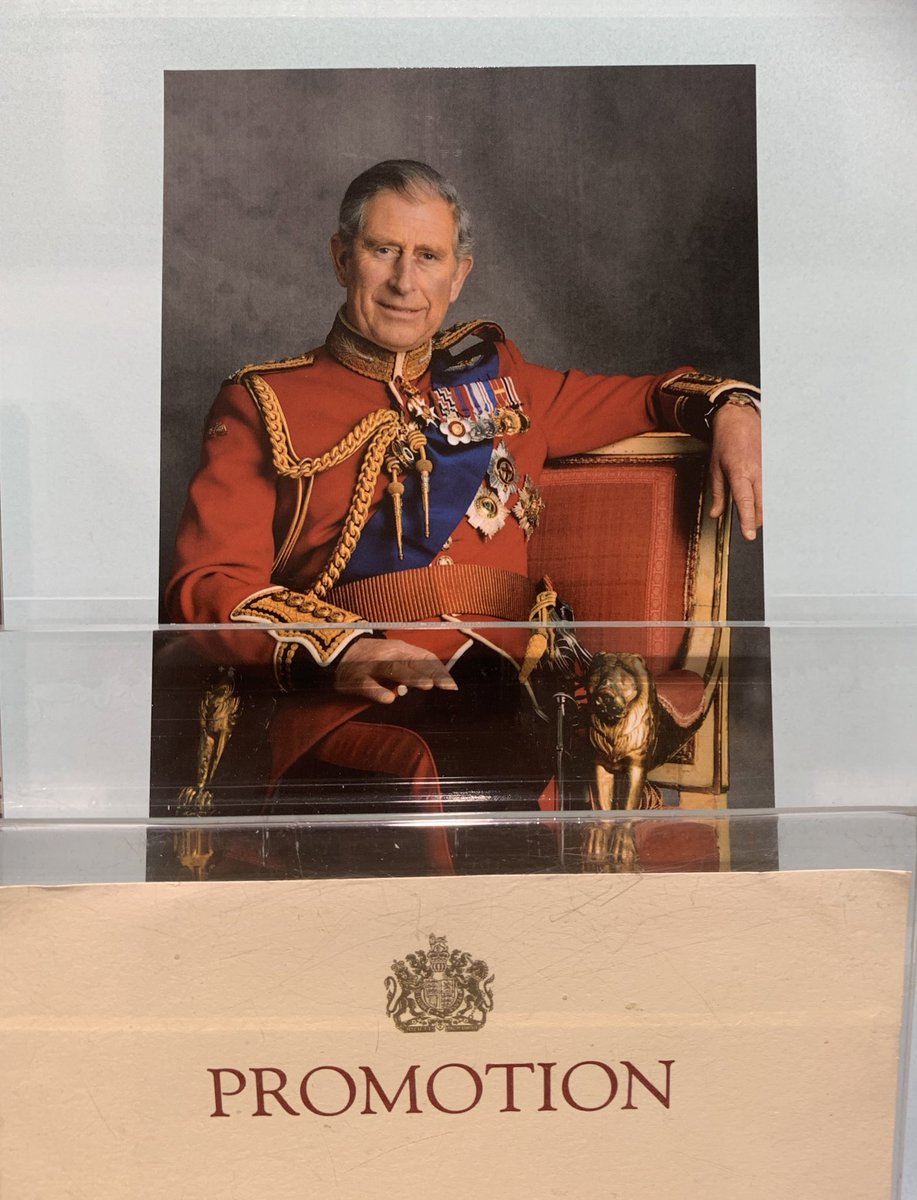