‘Whoever comes to me will never walk in darkness, but will have the light of life.’ • • • • #westminster #westminsterabbey #cathedral #gothic #gothicstyle #london🇬🇧 #topeuropephoto #instagood #instagram #inspirationalquotes

Grab your jacket honey and let’s get some breakfast 🍳🥞🥐 #ｓｕｎｄａｙｍｏｏｄ

We were absolutely delirious from lack of sleep but a quick 23 hours in London was worth it. On Friday 21st February we were invited to perform at the #Commonwealth family day, at #westminsterabbey, #london. It is the second year in a row that we have performed at this event, which celebrates, acknowledges… https://www.instagram.com/p/B83WgfGgMCc/?igshid=1h8omtk2ko6pz … 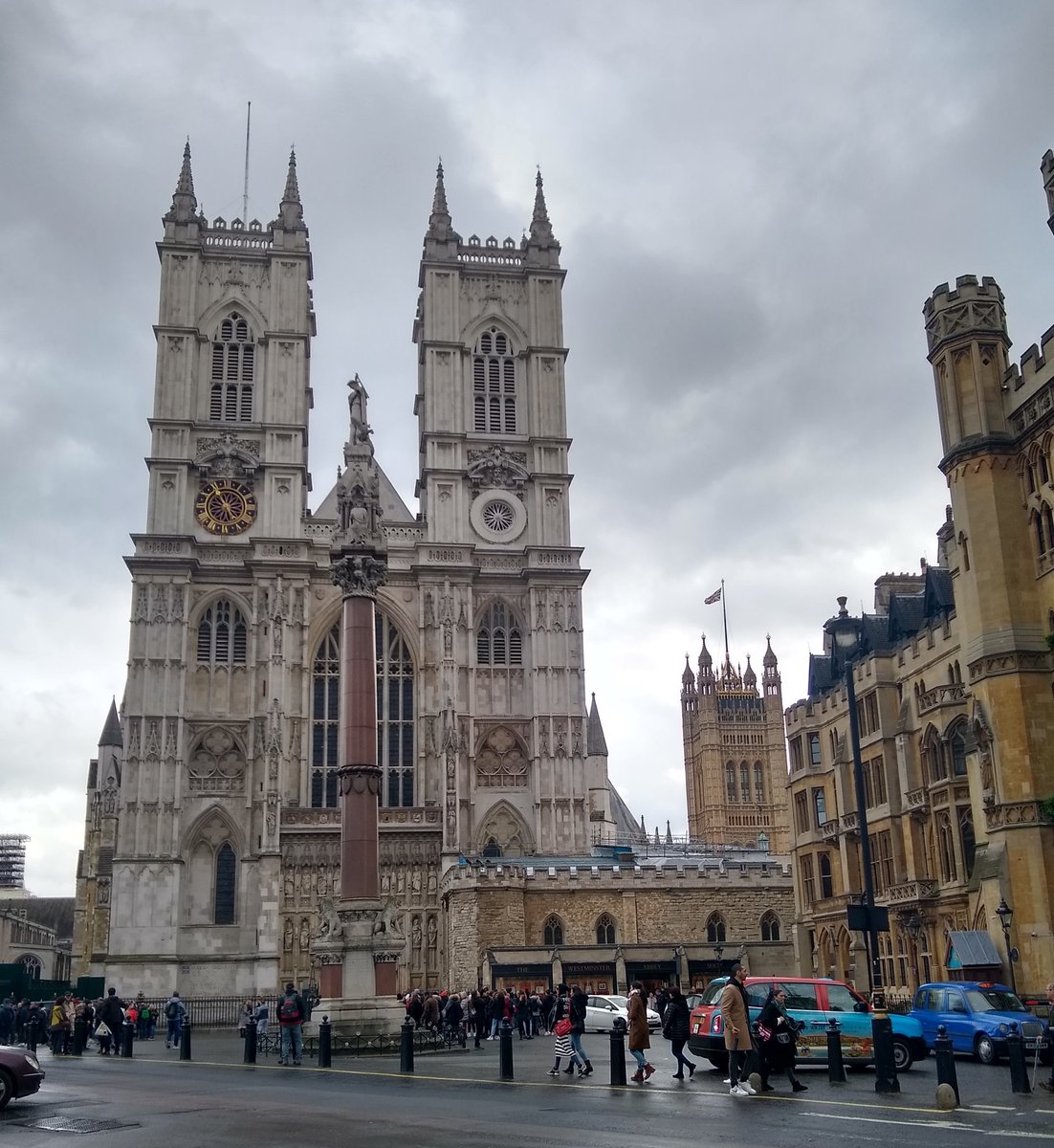 Valhalla! Read about it if you don't know. :') #westminsterabbey pic.twitter.com/crlQVj9V2J – at Westminster Abbey

London Vibes 🇬🇧 ⁣ ⁣ The next stop on the 30 for 30 story found me in London/Paris for a surprisingly sleep heavy week. ⁣ ⁣ While in London I stayed in Westminster, the bougie district where I could count on one hand the amount of cars that weren’t Beamers, Benz, or Audi’s. Also some other brands I can’t pronounce 😂. ⁣ ⁣ Definitely recommend securing a BnB in this area, with less than 15 minute walk from a ton of tourist highlights⁣ ⁣ #blacktravelfeed #blacktravel #blacktraveler #travelnoire #london ⁣#londonengland #uktourism #westminsterabbey #westminster #blacktravelclub #theblacktravelclub 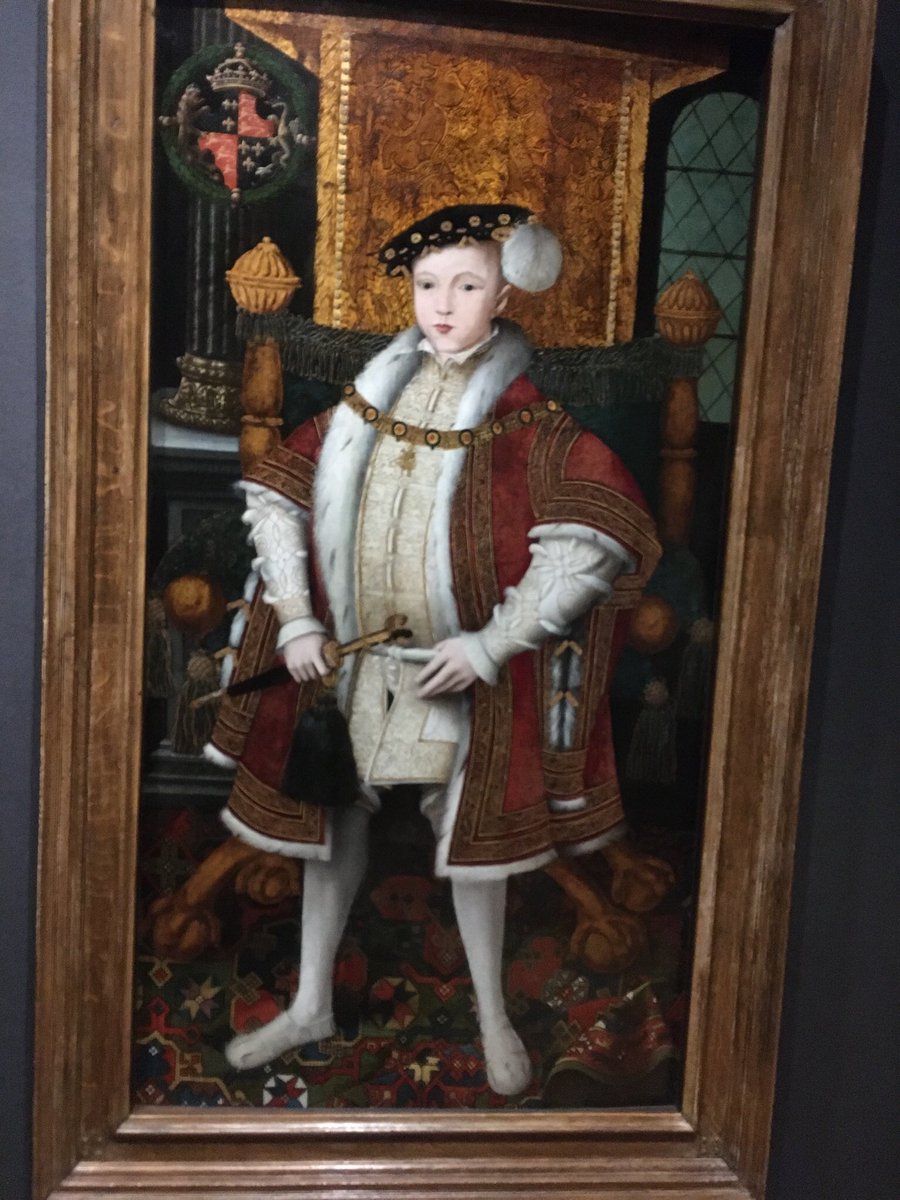 20th February 1547 was crowned at #WestminsterAbbey. He was the last child monarch to ascend to the English throne. At the time Scotland also had its own child monarch, Mary. #Tudors #coronationday (portrait @NPGLondon )pic.twitter.com/JOjc8bFRyT

... Finish work, out of the office building, turn left and look... Just right at the doorstep...this sight never fails to make me smile as it greets me with its awesomeness... #lovethiscity #iconic #historic #westminster #redphonebooth #london🇬🇧 #londonphonebooth #westminsterabbey #thisislondon

Imagine the scene. On this day, 19th February in 1516 the Henry VII chapel in Westminster Abbey was consecrated. It took 13 years for the masons to carve this stone ceiling - by hand 😮. And what a place to look up! Every inch of this English Perpendicular Gothic ceiling is bubbling with decoration, like delicate icing on a cake. No surprise then that it was described by contemporaries as ‘miraculum orbits’ - the wonder of the world. Even though I grew up in London, I only visited Westminster Abbey when I started training to be a guide! 🤭 Have you been? #lookuplondon . . . I run bespoke private tours and as a Blue Badge Guide can take you on a private tour inside Westminster Abbey. Tap the bio link for more info and to book! @look_uplondon 👈🏼 . . . #london #visitlondon #lookup #westminsterabbey #londonicons #thisislondon #londonhistory #explorelondon #discoverlondon #londonguide #mysecretlondon #archilovers #churches #timeoutlondon #londonarchitecture #historygirls #history #londonchurch #gothic #londontours #onthisday #otd #interiors #postcardplaces #beautifuldestinations #wonderoftheworld #travel @westminsterabbeylondon

Her Majesty The Queen has released a statement following a meeting with The Prince of Wales, The Duke of Cambridge and The Duke of Sussex at Sandringham House: . "Today my family had very constructive discussions on the future of my grandson and his family. My family and I are entirely supportive of Harry and Meghan’s desire to create a new life as a young family. Although we would have preferred them to remain full-time working Members of the Royal Family, we respect and understand their wish to live a more independent life as a family while remaining a valued part of my family. Harry and Meghan have made clear that they do not want to be reliant on public funds in their new lives. It has therefore been agreed that there will be a period of transition in which the Sussexes will spend time in Canada and the UK. These are complex matters for my family to resolve, and there is some more work to be done, but I have asked for final decisions to be reached in the coming days." 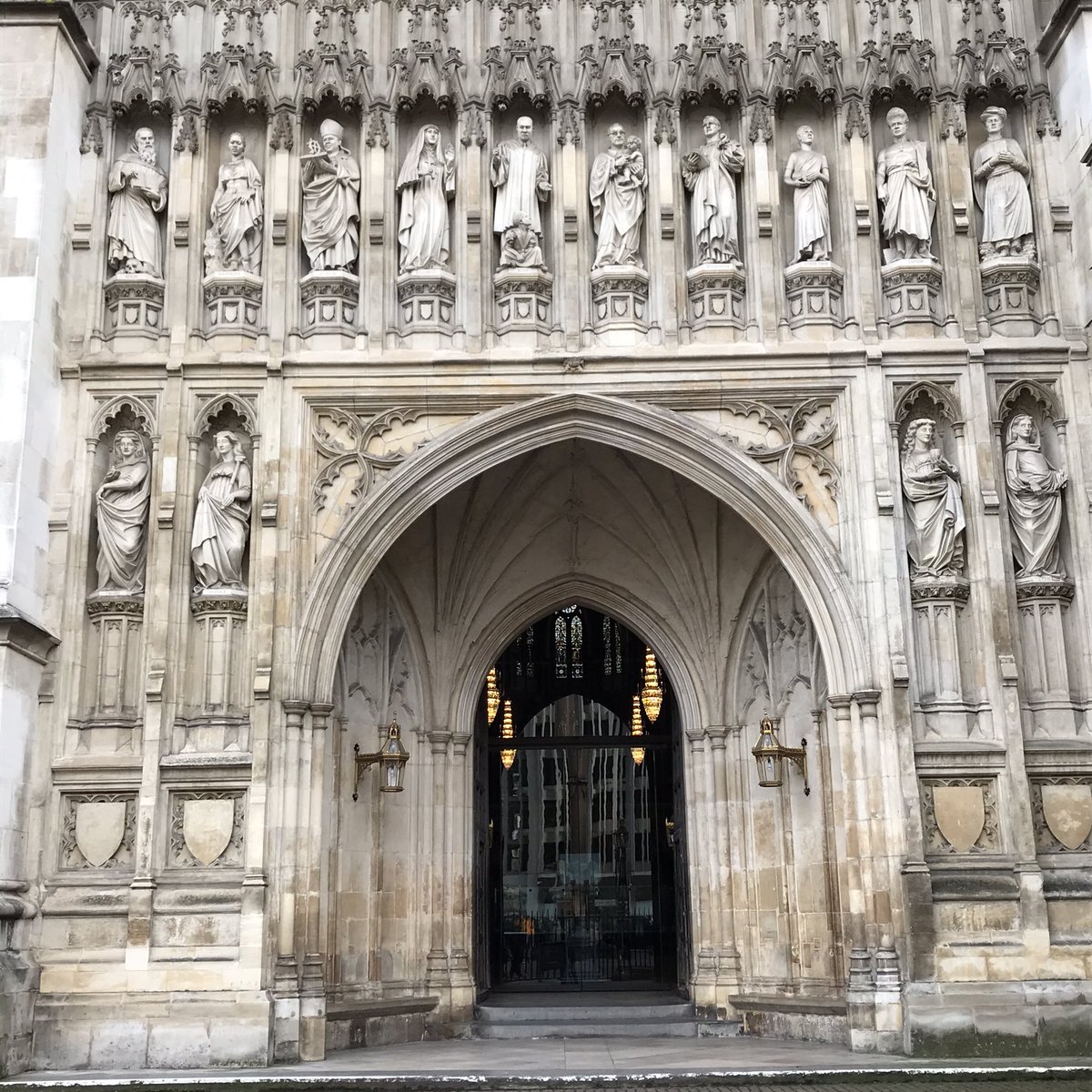 As our country backslides into racism and demagoguery, Martin Luther King stands above the entrance to Westminster Abbey. At least one of our countries knows whom its heroes are. #MLK #WestminsterAbbey #London #UK #WinterVacationpic.twitter.com/9kTA7ygUDi

// Capital Scene // Another classic view which I snapped a few years ago, and am reposting a new crop of this originally much wider image. Just to celebrate a scene which will carry on being unavailable for the foreseeable future. I miss the sight and sound of Big Ben ... I could always feel a sense of history ring out over the Thames when it struck to mark the hour ... . . . #palaceofwestminster #housesofparliament #victoriatower #westminsterabbey #westminster #london #parliament #government #governmentbuildings #seatofpower #thames #london #londonlandmarks #tourists #touristtrap @timeoutlondon @londonist_com @visitlondon #visitlondon @london @london4all #canon #canon6d #longexposure #canonef1740

The Order of the Bath (2/3) . ◼ Many traditional ceremonies had started to disappear by the end of the fifteenth century, although 'Knights of the Bath' were still made at coronations. However, the Order was revived by George I in 1725 as a military order. . At the end of the Napoleonic Wars in 1815 the Prince Regent, who would go on to become George IV) expanded the order & formally abolished the bathing rites, as well as vigils & fasting. . ◼ The installing of new Knights, putting them into their stalls at the Order's spiritual home - the Lady Chapel of King Henry VII at Westminster Abbey - ended in 1847. But it was revived again in 1913, this time by George V, in a modified form that continues today with Knights installed as a group. . Photos were taken during the 2014 service. . . .

So much respect for my Queen. Making all the moves to ensure that that “uppity” black woman is put firmly in her place, but ensuring her nonce of a son gets the bells ringing at #WestminsterAbbey for his bday today! #sussexroyal

#WestminsterAbbey you’ve got this one wrong

I made it to my favorite place, Westminster Abbey. So cool and creepy, there are 3,300 people buried or commemorated here! The coronations are held here and the monarchy are buried here. This is the cool ceiling in this gothic church. I wasn’t supposed to take pics but snuck a few, I couldn’t resist. Snapped Mary, Queen of Scots and Queen Elizabeth I. Do you see the ghosts? #westminsterabbey #ghosts #queens #kings #gothic #gothicarchitecture #poets

Aye, I mean Jesus Christ !! Are the church now so steeped in child abuse that it has become a genuine reason to celebrate ? #PrinceAndrew #WestminsterAbbey 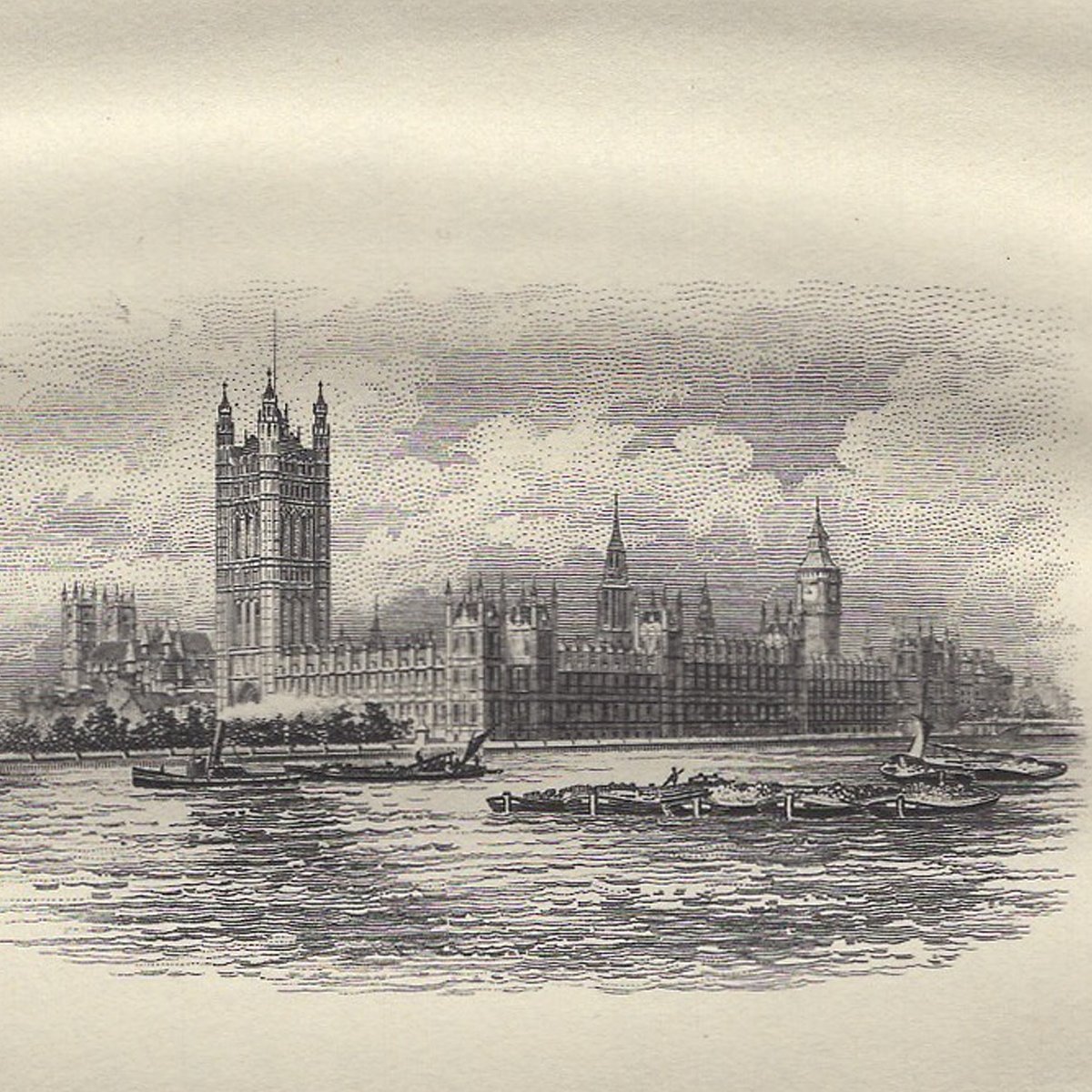 #England, engraved #vignettes showing the #HousesofParliament with barges on the #RiverThames in the foreground, #BigBen and #WestminsterAbbey in the background, one in black, one in brown, uncirculated (2 items)£120-£160 https://www.dnw.co.uk/auctions/catalogue/lot.php?auction_id=537&lot_uid=354291 … #notaphily #papermoney #auctionpic.twitter.com/R6xJ0BZbFU

You ask me what's left and I ask you what's up 💭 . . . . . . . . . . . . . . . . . #towerbridge#london#exploring#greatbritain#uk#photooftheday#photography#building#exploremore#travelblogger#instatravel#wheretonext#wanderlust#instatravel#westminsterabbey#fall#memories#amazing#impressive#travellover#inspiringquotes#solofemaletraveler#worldmap#beautifuldestination#placestoseebeforeyoudie#mytiniatlas#goodvibes#view#daily#moment#british

Surprised the bells at #WestminsterAbbey didn't peel out 'Blurred Lines' instead......