Link: https://www.youtube.com/watch?v=INWug-8RZIo Atau di bio This is my Vengeful Spirit (as Support) in DotA 2. Because in this server is full of Hard Carry player, I have to be support for all of the game. Thanks for comments! If you would like this video, just subscribe and makes a thumb for this video. Thank you. #VengefulSpirit #Venge #spirit #Dota2 #FullGame #dota2sea #seaserver #support #pcgames #pcgame #steam #ggwp #VS #agility #hero

#day6 (yesterday) of my vengeful spirit canvas. When daylight strikes and the colours have settled more i shall take a pic of its pretty much final stage. Was up painting till gone midnight last night! It gets a bit addictive 🙈 i guarantee i will spend today and tomorrow adding details i've missed. Oh and gg Nigma! the finals of the minor were freakin awesome to watch! All the games were epic, some amazing plays were had and its nice to see the human mistakes that even pros can make . . . (says the shadow demon who kept annoying her clinkz by disrupting his silenced target . . .) #dota2 #fanart #vengefulspirit #favoritehero #canvasart #acrylicpainting #mozart #artsupplies #almostfinished #layers #6days #background #work #progress

Who is going to see The Grudge tonight? We are ready to go see it! #horror #thegrudge2020 #letthescreamsbegin #horrormovies #ju-on #vengefulspirit 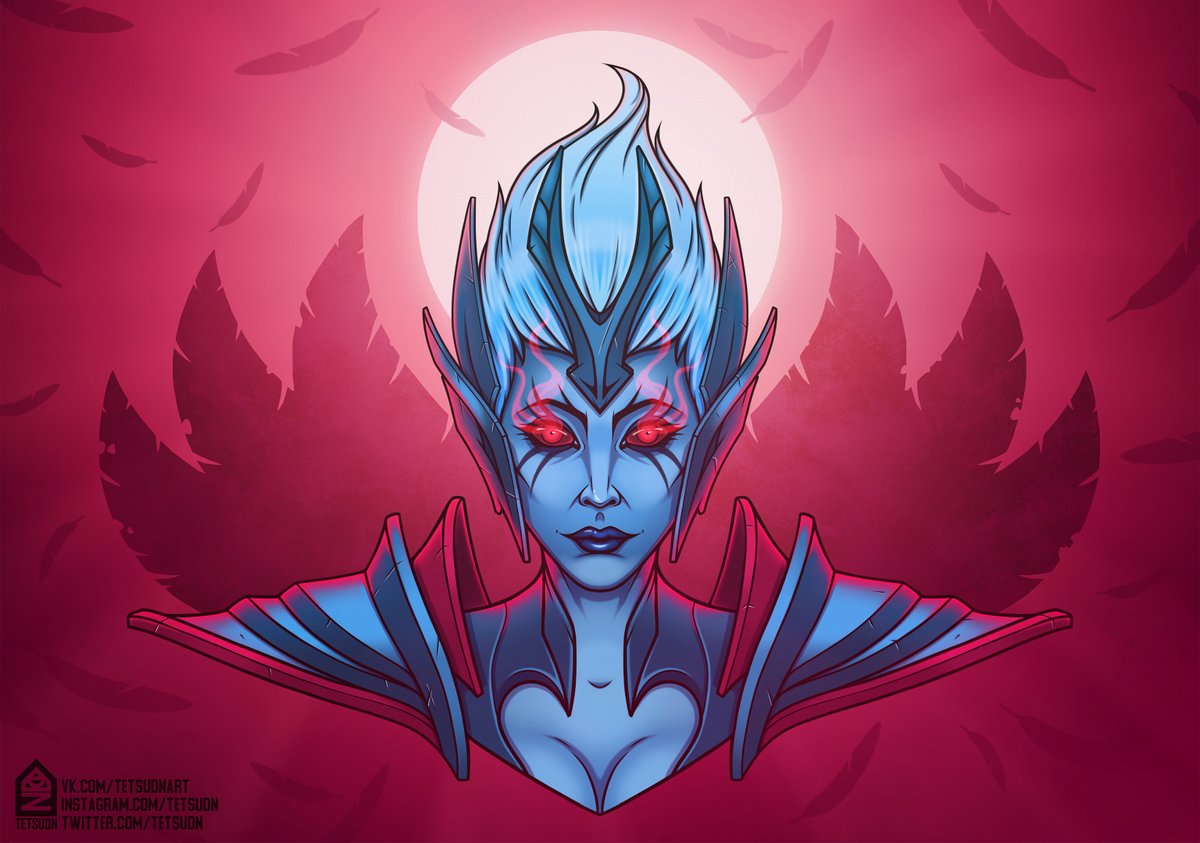 #moonknightvibes The CROW is the best comic movie of all time. Along with the first original TMNT movie. They weren’t going for a whole “realistic” approach to the point of them limiting themselves in the story. They made it feel real by making it feel believable. Same goes for the OG TMNT. Both are perfect movies if not the best. I’m talking cgc 10 gem mint perfect. There are definitely other comic movies that are perfect. But not as pure as these are. #comics #comicbookmovies #jamesobarr #thecrow #moonknight #vengefulspirit #ghosts #ghoststories #movies #wrath #vengeance #moonknightcomics #makeminemoonknight #moonknightmadness

-from their bodies. The people who were affected slowly started to decay. They looked the same, but their life force was being drained from them. Kurumi laughed evilly as she felt her strength growing. She felt unstoppable "With this much power I can do anything~" #VengefulSpirit 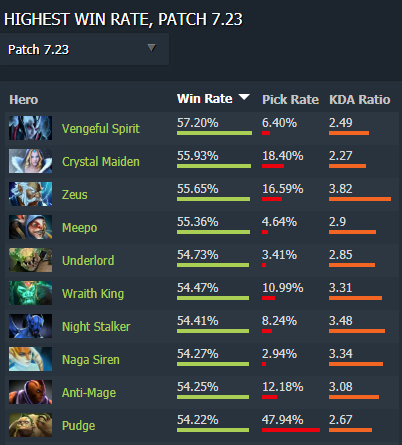 Time To Move On Now a lingering spirit Who's been here for too long Bound by anger and grief It is time I moved on Though you wronged me in life But never sought to atone I need to make peace Before all my sanity's gone copyright K. N. Kiger 2015 #Ghost #vengefulspirit #spectre #darkpoetry #poem #gothicfiction

#moonknightvibes I’d love to see the people that worked in & made the og tmnt, the Crow, Blade, a walk among the tombstones, joker, & M. Night Shyamalan to all work on a MK show and/or movie series. Either together or separately. The CROW is the best comic movie of all time. Along with the first original TMNT movie. They weren’t going for a whole “realistic” approach to the point of them limiting themselves in the story. They made it feel real by making it feel believable. Same goes for the OG TMNT. Both are perfect movies if not the best. I’m talking cgc 10 gem mint perfect. There are definitely other comic movies that are perfect. But not as pure as these are. #comics #comicbookmovies #jamesobarr #thecrow #moonknight #vengefulspirit #ghosts #ghoststories #movies #wrath #vengeance #moonknightcomics #makeminemoonknight #moonknightmadness

Scorned men. They exist; the hurt runs DEEP🥺 and will stop at nothing to seek revenge. Little do they know, the healing will only begin when they “let go.” It’s like holding an anchor and jumping into the sea. If you don’t let it go.... you’ll drown. Resentment doesn’t change the heart of others- it only changes yours🤷🏽‍♀️. #hurt #pain #anger #manipulation #liesscornedmentell #forgiveness #pain #moveforward #change #bitterness #bitternessisunattractive #vengefulspirit

NESCAU playing as The Ironclad just died fighting Gensokyo:VengefulSpirit. They reached floor 10 on Ascension 18 and had 283 Gold.

I like watching progress as layers get added to layers. Day 4. First day of painting this lil vengeybutt. So much left to do ^^ #canvasart #progress #day4 #layers #basecoat #painting #mozart #acrylicpainting #dota2 #vengefulspirit

"Beware of an old man in a profession where men usually die young." Iacton Qruze, the Half-Heard, is finished and based. Standing in a corridor of the Warmaster's flagship, the Vengeful Spirit. The eagle eyed of you may notice Bror Tyrfingr's Futharc rune etched in the bulkhead to guide the Wolf King's raid. 10 points to anyone who knows what it says. There's a brass Aquila, defaced with a bloody eightfold star, with a puddle as grim memorial to the blood's donor. On image 8 there are some close ups of Iacton's face, and the source image from a Black Library cover. His sword, Tisiphone is shown on image 9. Described as a mighty broadsword as long as a man is tall, and etched with snakes and screaming faces, and blood. Thanks to my brothers in #theknightserrant for their knowledge, inspiration and awesome capability, check their posts and follow the hashtag to see more of their matchless talent. @btwnbolterandme @k03rnl @sgt.ralcus @ingrimmson @dark_tech_ @theknightforge @migsula @kyle.haydon @i_cut_toward_myself @thomasfordal @grizzly_vegeta @dru1d_lab @thepaintmarine @kotosboxofminis @rougefalcon5 @hobbyvices @anvils_of_konor @therealbrokenfingers @magos.buer @skullboystudio @nemesis_x13 #hardforheresy #paintingwarhammer #spacemarines #horusheresy #lunawolves #sonsofhorus #vengefulspirit

1. vengefulspirit is the name of an attack from hollow knight, and my twitter handle is from splatoon! there's a race called the octolings :>

Death of an Angel Credit: http://maciejus.blogspot.com https://www.facebook.com/MaciejusMiniaturePainter/ Angel-winged, beautiful in both body and mind, Sanguinius was arguably the greatest of his father’s sons. Sanguinius’ glory was that of a demigod, for he was a mighty warrior and an inspiring leader, and his sons followed him with unquestioning devotion. All through the days of the Great Crusade and into the dark madness of the Horus Heresy, the Blood Angels fought at their Primarch’s side. Inspired by Sanguinius’ divine presence, the Blood Angels remained staunch in the Emperor’s defence to the very end. Their bolters blazed from the ramparts of the Imperial Palace even as the Warmaster came to seize his father’s throne. In a final desperate gambit, the Emperor took the fight to Horus’ great Battle Barge, the Vengeful Spirit, teleporting into the heart of the enemy stronghold with the Blood Angels and Imperial Fists at his side. Only Space Marines could have withstood the horrors of that Daemon-haunted starship, and even they were sorely pressed. Sanguinius was swiftly separated from his comrades and, so the legend tells, was brought through artifice before the treacherous Horus. The Warmaster offered Sanguinius one final chance to renounce the Emperor, to join with Horus’ inevitable victory – yet the Primarch of the Blood Angels held true, and refused. Thus rejected, Horus flew into a rage and attacked. Even at the peak of his powers Sanguinius could not have hoped to prevail against the monster Horus had become, and the Angel was weary and wounded from his travails on Terra. When the Emperor at last entered Horus’ sanctum, he found his rebellious Warmaster standing above Sanguinius’ broken, bleeding corpse. In the battle that followed, Horus was finally vanquished, though the Emperor too was cast down near to death. There are many tales told of this final battle and, though the exact facts are long lost, one detail remains constant in all the recitations through all the millennia since. Despite the Emperor’s great power, he could never have bested Horus had not the blade of Sanguinius wrought a chink in the Warmaster’s armour.

Reralt playing as The Animator just died fighting Gensokyo:VengefulSpirit. They reached floor 12 on Ascension 1 and had 309 Gold. 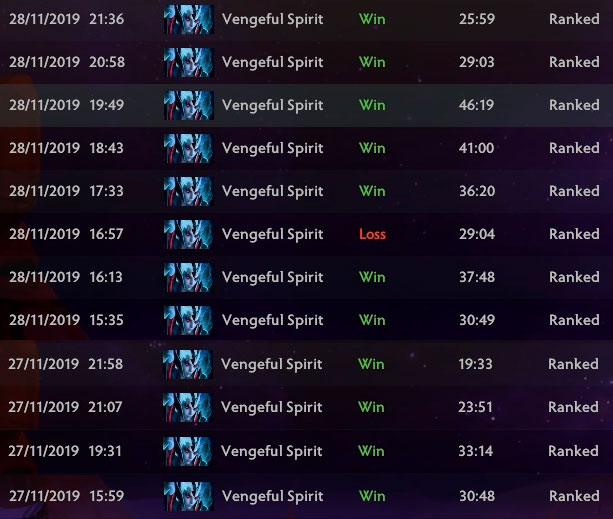 Big pics of the finished commission! All 4 tiles completed to client’s specifications, @badtabletopgaming Been done a while but so much going on, you know how it is. Will do another post with some close-ups. #organic #techno #technoorganic #zonemortalis #necromunda #terrain #warhammer40k #40k #vengefulspirit #bowels #darkness #eyeofterror #warp #sins #resin #greenstuff #sculpting #greenstuffworld #rollmaker #liquidgreenstuff @greenstuffworld

The original cover for Hatsuyuki, designed by me (the light grey bits on the edges are just borders to make a square image for Instagram). I thought this captured the mood and essence of the story. But maybe too subtle? The publisher opted for a more “pure horror” image (I had posted it earlier). . I understand the need for in-your-face visuals in these digital times, where attention spans are hardly longer than your average blink. Never judge a book by its cover? Perhaps so, but judge its cover all the same, especially if it’s yours! It makes a difference. . #bookcoverdesign #bookcover #taposensei #bookcovers #hatsuyuki #horrorstories #horrorwriter #horrorwriting #speculativefiction #firstsnow #japanesehorror #succubus #firstsnowoftheyear #bookcoverart #ebookcover #shewillcomeforyou #tohoku #firstsnowfall #inspiredbyjapan #thering #thegrudge #ringu #呪怨 #怨霊 #itfollows #horrorfiction #vengefulspirit #writergram #author #authorsofinstagram

Enjoying the minor whilst doing some more work on her. 1st pic is where i left off the other day. More layering done to her body and started eyes and hair today. #day5 #vengefulspirit #dota2 #fanart #acrylicpainting #canvas #progress #layers #hair #eyes #favoritehero

City after City fell, Kurumi leaving a long line of destruction behind her. "More time, that's all I need" So far she had absorbed thousands of people's life force. She needed just one more little bit and she could start testing her strength. #VengefulSpirit

Goofball playing as The Bug Knight just drank a Tweet Potion fighting Gensokyo:VengefulSpirit. They are on floor 5 on Ascension 6, and have 71 HP and 70 Gold.

My beautiful Shendelzare 🥰🥰🥰 sooooo close to finishing smoothing her over. Just got her arms, feather and a couole of imperfections to go over. Im loving looking back through my pics of her progress so proud of my fallen princess 🤩 think i'll play her today 🤩 #dota2 #fanart #vengefulspirit #favoritehero #shendelzare #almostfinished #progress #finaltouches #acrylicpainting #handpainted #canvas #art

I think #day7 will consist of completely changing the hue of her arm and weapon hand. Darkening of the shading on her face (shading with paint yay) some finer details and defining of lines. 1 more day to go woop woop. #day7 #progress #finerdetails #vengefulspirit #dota2 #fanart #favoritehero #almostfinished #refining #acrylicpainting #canvasart #loveit 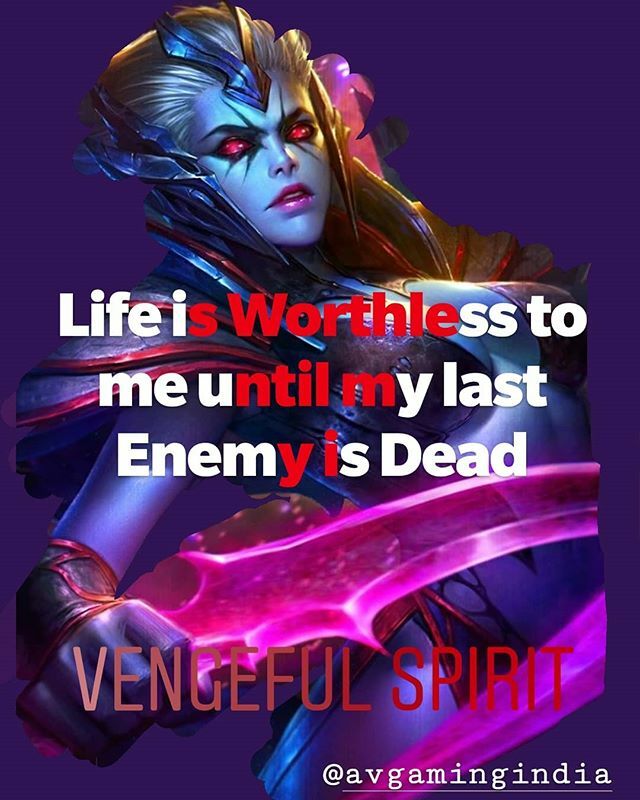 Soooo.... I did a thing! Today I released some things that had a hold on me. Be it physically, mentally, or emotionally.... I can not control everything, but I pray for strength to withstand. 🖤 #BayReleaseRitual #Clarity #letgoandletgod #toxicity #selfdoubt #pasthurt #vengefulspirit #selfsabotage #depression #anger #LearningToSayNO 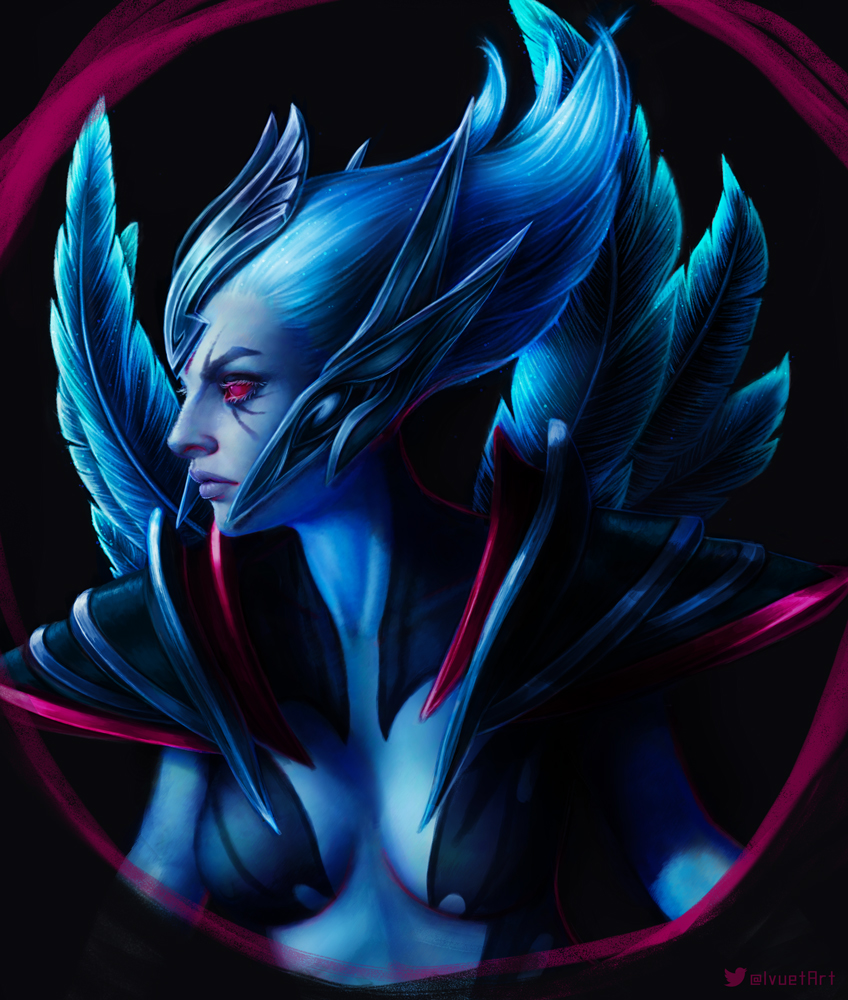 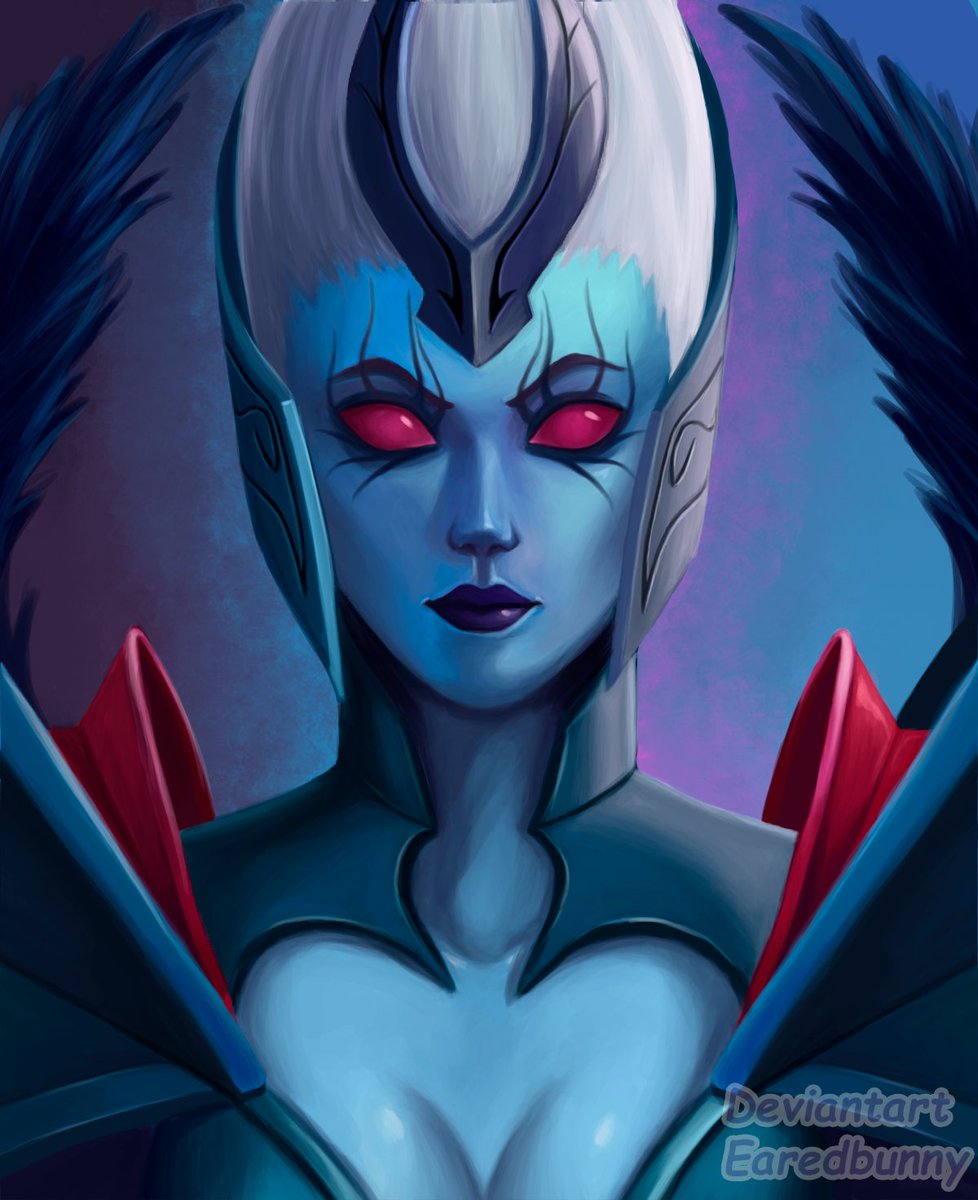 If anything about my feed tells you I’m a normal functioning person, I would like to take this moment to fix that. I got all dressed up for no reason, so what do I do? Unleash my inner vengeful Japanese spirit, naturally 😱👻😱 . . . . #theringmovie #grudge #vengefulspirit #haori #japaneseclothes #haorijacket #cute #spooky

Day 5 and finally catching up. Prompt was rhino goat so i went for a wooly rhino. I rather imagine that he is the ghost of rhinos past and he eats mangy stinking poachers for dinner and also the entry level lifeforms they sell to. #creatuanuary2020 #5/31 #rhinogoat #primitiverhino #vengeful #vengefulspirit #poachersaretories #gromp

"Who dares to go against me?!" She stood in the plaza of a city she had recently devoured The increase in "Time" she had made her extremely agitated and wanting to release the anger out on anyone she could get her hands on #VengefulSpirit pic.twitter.com/Isspy0tlkI