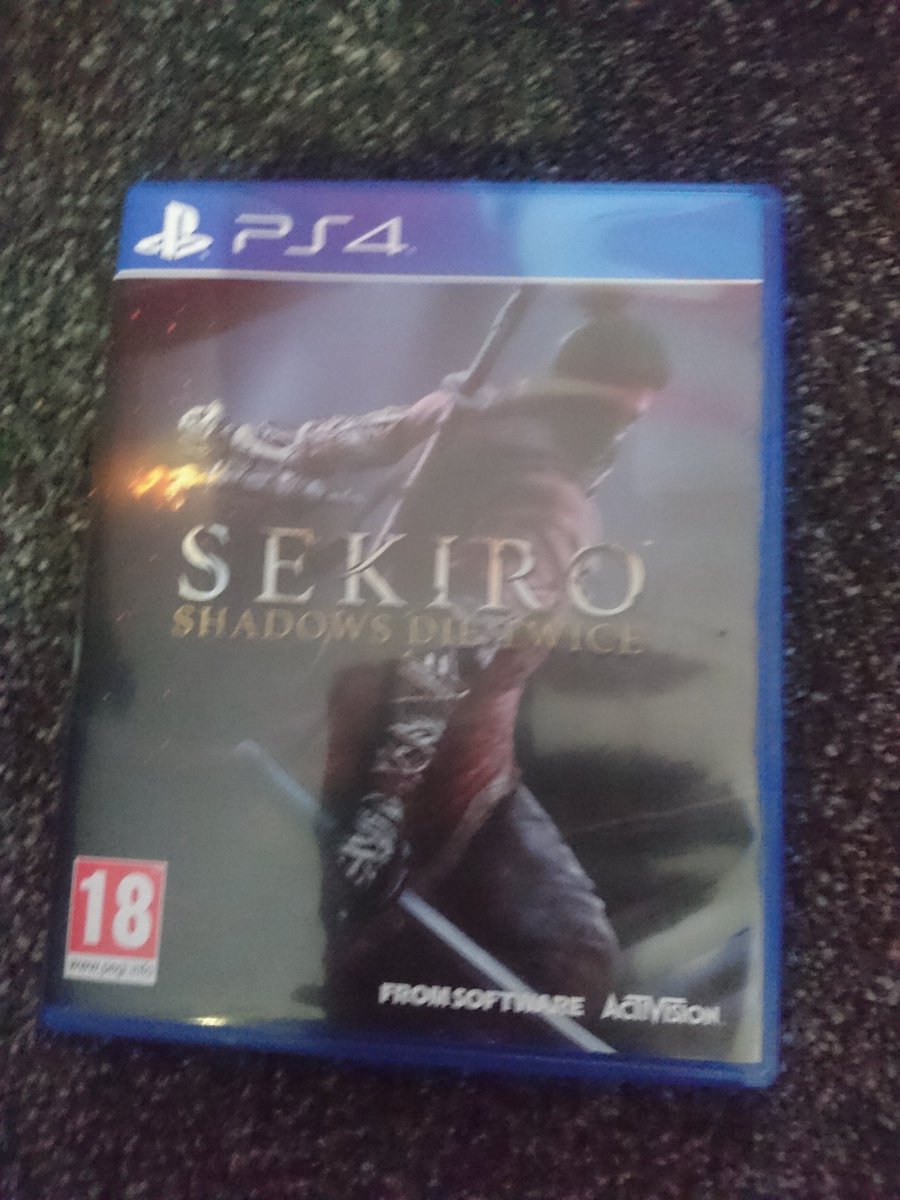 „I want to play a game!“ - Judge me all you want but I actually really enjoy these films and I also liked the latest entry to the series. Even though, my favorite movie of the series is the second one with the kidnapped kid. I LOVED the reveal at the end. What is your favorite SAW movie? 🔪🩸 __________ #saw #jigsaw #jigsawmovie #jigsawsteelbook #steelbook #moviesteelbook #moviecollector #movie #moviecollection #iwanttoplayagame

Finally started #startrekthenextgeneration. It's really fucking amazing. Been picking up the Blus in case it gets knocked off Netflix, but man, these single season editions are hard to find. Managed to get 1,2 & 3 for around €10 each, but 4 onwards the price jumps to like €40+?! . . Anyway, this series rules! Any other Trek nerds got a line on where to get the single series Blus cheap? . . #StarTrek #Picard #Discovery #Bluray #blurays #steelbook #tv #boxset #series #startrektng #ussenterprise #scifi #horror #action #klingon #patrickstewart #dvd #hd #remaster #tvshow

Malificent 4k steelbook. Watched this for first time the other night and I thought it was amazing 😍 #steelbook#disney#disney4k#bluray The Halloween 2018 steelbook looks like it got in a pie fight. pic.twitter.com/8nSQ3c1nSl

ɪɴ ꜱᴘᴀᴄᴇ, ɴᴏ ᴏɴᴇ ᴄᴀɴ ʜᴇᴀʀ ʏᴏᴜ ꜱᴄʀᴇᴀᴍ 👽 we finally upgraded these! I'll probably still end up getting the collection steelbook. But the 40th anniversary edition was too beautiful to pass up. 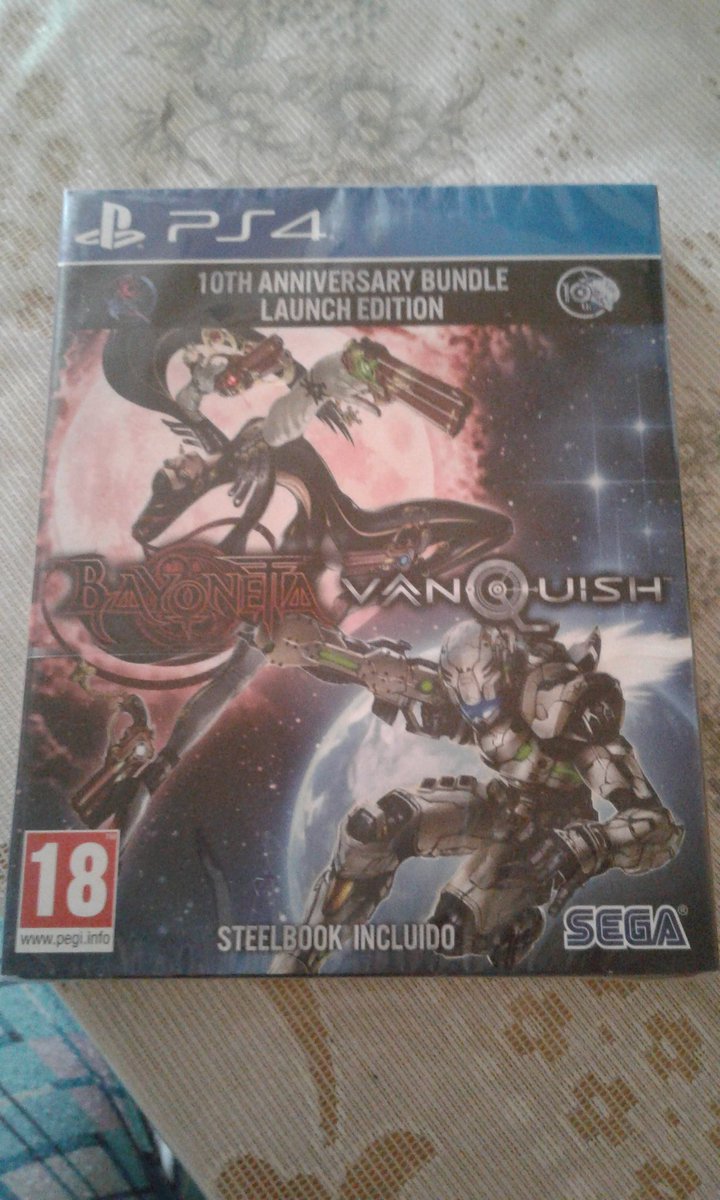 Initially, director #DenisVilleneuve was against the concept of a sequel to #BladeRunner as he felt it could violate the original. However, after reading the script, which he and #HarrisonFord have described as "one of the best" they had ever read, he committed to the project, stating that Ford was already involved at that point: "To be very honest with you, Harrison was part of the project before I arrived. He was attached to it right from the start with Ridley. I met him and he's honestly one of the nicest human beings I've met and is one of my favorite actors of all time, so for me it's a lot of pleasure." The original Blade Runner is notorious for having several different cuts released through the years. When questioned about the possibility of a future alternative cut of his film, Villeneuve stated that the theatrical cut is his one and only version. At one point there was a four-hour rough cut of the film that had been split into two parts for more convenient viewing, and the makers discovered that each part almost felt like a complete film on its own. They briefly considered them as two separately titled movies, but Villeneuve decided that it should be cut down to just one definitive version. According to the documentary Dangerous Days: Making Blade Runner (2007), director Ridley Scott had a totally different introduction in mind for #RickDeckard in Blade Runner In the end, he chose the noodles scene on the street to first show Ford as an ex-Blade Runner. Thirty-five years later director Denis Villeneuve used that exact unused scene in this film to introduce #RyanGosling which became the farm scene with the discovery of the tree. There are three short films that fill the gap between Blade Runner and this sequel. Blade Runner: #BlackOut2022 is the first in chronological order, followed by 2036: #NexusDawn and 2048: #NowheretoRun "Black Out 2022" was made by anime director #ShinichiroWatanabe who is famous for his work on #TheAnimatrix and #CowboyBebop The other two films were directed by #LukeScott Ridley Scott's son. . #BladeRunner2049 #filmnerd #moviefacts #steelbook #steelbookcollection #bluraycollection #bluraycollector #collection #collectorsedition #

John Wick: Chapter 3 - Parabellum (2019) - #NovaMedia Exclusive #SteelBook Collection 025 - Fullslip A #BluRay #LimitedEdition with 32 page booklet + 8 character cards & 6 postcards. 1300 copies. This sold out so fast and the debacle with the reservation center I chose left me SOL until finding it in the resale market for less than an arm and a leg. Wow. Can't stop looking at the glam! This needed a proper unboxing, find it on my YouTube channel if you're interested! l'll link it in the bio for now. #JohnWick #BluRayCollection #KeanuReeves #HalleBerry #Movies #Cinema #Film #Korea #블루레이 #영화 #스틸북 #한정판

Nope 50. All Atlus release a Launch edition with a Steelbook

Only a very small dvd haul this weekend! But hey, I got the Jason Bourne collection, steel book edition, brand new sealed for 0.99! 🙌🏻 That is a bargain my friend! Plus who doesn’t need some Nick Cage and John Travolta cheese to lighten up their life? 😏 #weekendpickups #thriftfinds #newtome #newtothecollection #bargain #steelbook #jasonbourne #faceoff #dvdstack #dvdcollector 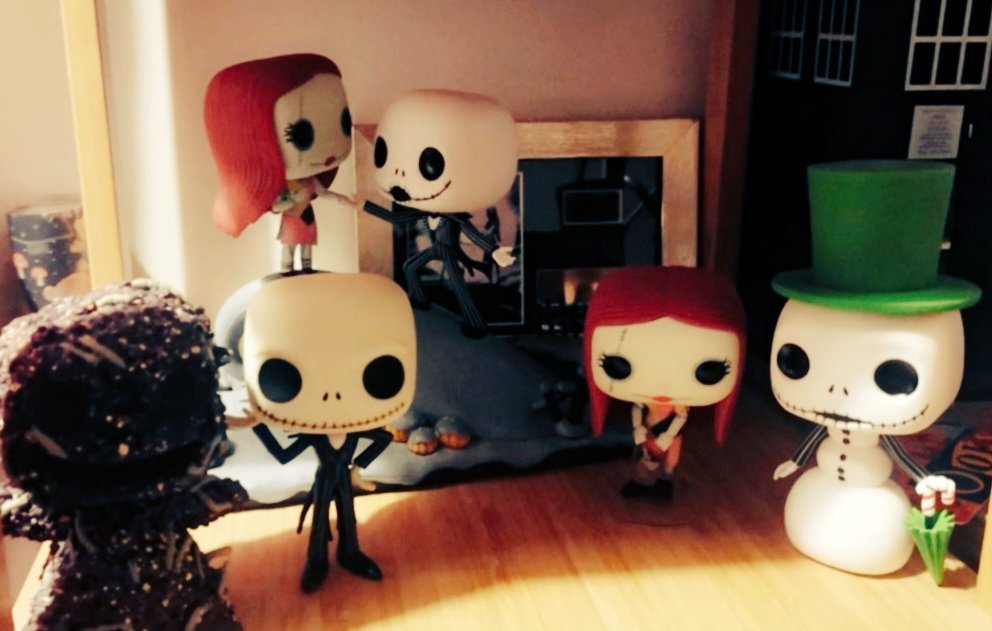 My nmbc collection is growing and I love it, just need to hunt down a steelbook now pic.twitter.com/CFPId1Rxxr

#NowWatching (not posting a pic of the trilogy steelbook, because the stickers would upset some people, and i've got 3 films to watch before they get removed!) pic.twitter.com/zqzWCSPs8N

My store has a Scarface steelbook Imma just Cop

Who was a #PokemonGO fan?The film was actually going to be mostly inspired by the main games and have #Pokemon trainers as the main characters, but The Pokémon Company wanted to center the film entirely on #Pikachu in order to both make it more marketable and to see if audiences were actually interested in seeing a live-action Pokémon movie before doing anything else. #MaxLandis (of #Chronicle fame) pitched a screenplay where a boy named Rednote , the son of a masterful Pokémon trainer, begins to feel hostility to Pokémon after his mother had a falling out with her team of trainers, called #TeamRocket (no relation to the gang from the games and anime). Landis left the production after Legendary and The Pokémon Company went the #DetectivePikachu route. The film's cinematographer, #JohnMathieson noted that, like his other films, Detective Pikachu was shot on traditional film, in contrast to most other contemporary films which are shot digitally. He said the use of traditional film helps make it "look more realistic". The filmmakers worked very closely with the games' artists in creating the new Pokémon designs, with #KenSugimori providing detailed notes on the film's concept art to the point he actually made renditions of the movie characters. The day before the film's theatrical release, the entire movie was "leaked" onto #YouTube In reality, clicking this video will play a minute of the film, before cutting to a loop of Pikachu dancing for an hour and forty five minutes. A sequel is in the early stages of development at #Legendary as the studio is looking to move forward with a cinematic world for the Pokémon franchise. As the production of Detective Pikachu progressed, #ThePokemonCompany became more open to the idea of trademark props and characters being used in cinematic fashion, prompting ideas for a larger world to unfold on the big screen. . #filmnerd #moviefacts #steelbook #steelbookcollection #bluraycollection #bluraycollector #collection #collectorsedition #limited #limitededition #movie #movieaddict #moviecollector

Movies, the cornerstone of any nutritious breakfast.

REVIEW: Whiplash 2014 STEELBOOK EDITION 🎹🎚️🎸🎷📯🎻🎺🥁📀📀 Lets start with the steelbook it has a cool ruggid finish, I did think it was damaged with the way the symbol looks but after watching the film you will know why. The movie was intense and powerful. This movie won 3 Oscars. JK Simmons won the Oscar from just his first few lines, he was outstanding. This is edge of your seat stuff, for such a simple plot. I believe it is a true story and you can feel the hate within. This movie makes you feel sad, anxious, angry and then relieved. I would recommend to anyone who hasn't seen it. The sound mixing was also fantastic. My Rating: 7.2/10 JK Simmons: 10/10 #steelbooks #steelbook #bluraycollector #limitededition #4k #HD #blockbuster #reviews #exclusives #collector #steelbookaddict #moviejunkie #blurays #moviecollector #movie #films #whiplash #milesteller #jksimmons #intense #poweful #drums #soundedits #oscars