“...just to feel normal again, if only for a short while” our playlist DAWN has been updated for the first time since our album dropped. We’ve made it twice as long and tried to fill it with a little hope and a little empathy. Head to our Spotify page and have a listen if you need a little music in your day. Feat @79point5 #beachboys @officialspzd and all the lovely people tagged in the video. Music in clip “One Fine Morning” by #billcallahan 👹 . . . . . #dawn #dusk #stfrancishotel #playlist #breakdancingwookie #shawshankredemption #beer #feelinglikefreedom #quarantunes #magneticfields #poppyjeancrawford #alexandrasaviour #bootsycollins #shuggieotis #donovan #talkingheads #arcadefire #theventures 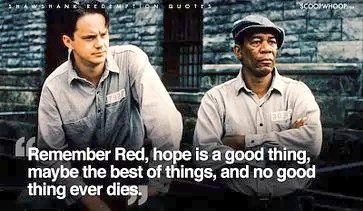 #ShawshankRedemption is one of the best film that i have ever seen. it teaches you ! Never lose Hope Life Long Friendship Life is Unfair The movie is popular for many reasons. and the last 20mins amaze me. The movie you must watch before you die ! The quotes in Moviepic.twitter.com/avYiylnj30

This is home! looking like it used to be back on early 80's. Can you guess why #zihuatanejo became a natural scenary of the international #film industry...I only miss the many mammals that used to be part of this great life!!!#turtles #birds#crabs #sealife #backtothefuture #shawshankredemption #meetmeinzihuatanejo

Throwing back to last year’s #inkcarcerationfestival at the #ohiostatereformatory where #shawshankredemption was filmed. Such a great festival and roadie reunion but after the quick tour I took of the old prison, I felt manic, angry, anxious, irritable, depressed and my head hurt. It took almost a week to shake these awful feelings that I believe I absorbed from the energies of the prisoners who were housed there in the over 80 years it was operational. At least 200 prisoners perished there along with a few guards who were killed. I am grateful to my amazing boss @thebrentsmith for healing me. He sat me down, pressed my palm and said he was channeling his good positive energy into me. And it worked immediately!! Don’t let my experience sway you from visiting the reformatory as it was one of the most incredibly stunning works of architecture I’ve ever seen in person. Just don’t forget the power of positivity and you’ll be okay. 💖

The most inspiring and must watch film 'SHAWSHANK REDEMPTION' (1994) IMDB: 9.3/10 GENRE: Drama DIRECTOR: Frank Darabont CAST: Morgan freeman,tim robbins PLOT: Andy Dufresne, a successful banker, is arrested for the murders of his wife and her lover, and is sentenced to life imprisonment at the Shawshank prison. He becomes the most unconventional prisoner. . . . .#hollywood#hollywoodstuff#cult##films#cinema#shawshankredemption#morganfreeman#timrobbins#imdb#mustwatch#actor

Never let the state of where you are get you institutionalize you. Hope is the key that keep your sanity in place no matter how frustrating the situation may be. #shawshankredemption

Took a trip to Shawshank to visit my good buddy Andy Dufresne, what a guy! All you humans at home should queue up the movie Shawshank Redemption. You might just see me in the yard... #blacklab #labradorretriever #dogsofinstagram #shawshankredemption #shawshank #stephenking 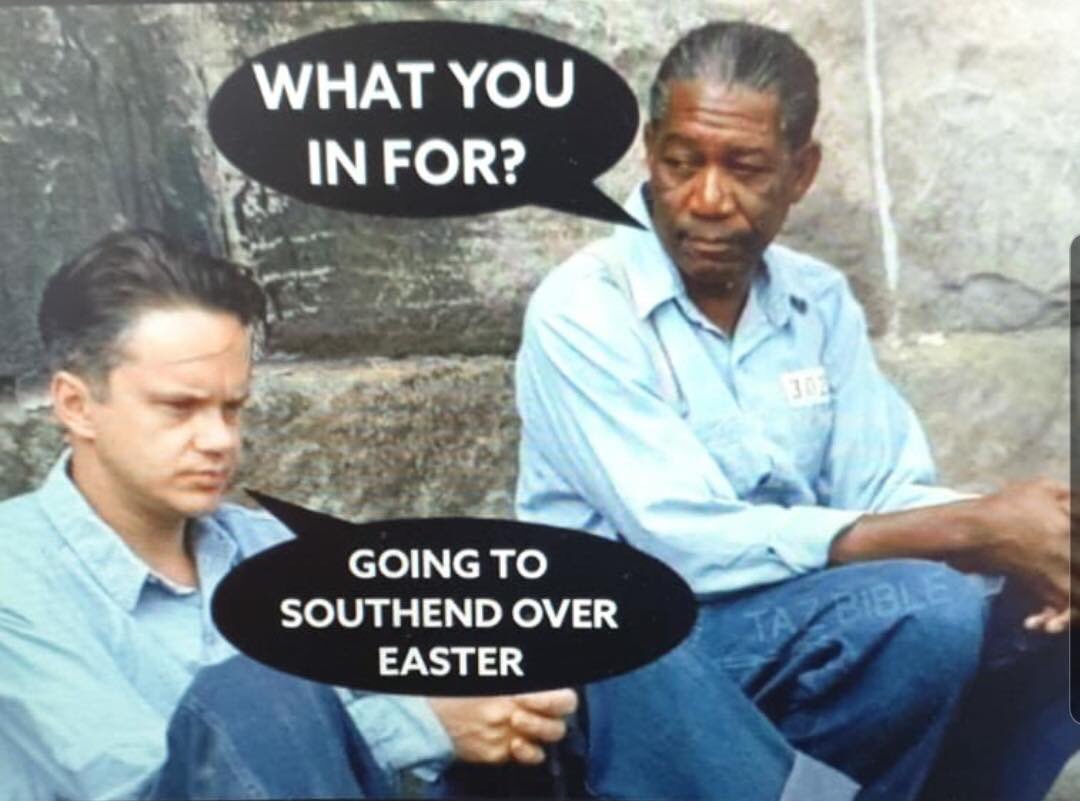 These walls are funny. First you hate ’em. Then you get used to ’em. Enough time passes, you get so you depend on them. That’s institutionalized [Applies for life as well] #Shawshankredemption

Dougie has been kicking ass with Covid but it’s time to get the economy rolling!!!! 2 more weeks of quarantine then it’s time to Open it up and let people make a living!!! Protect the young, old and vulnerable. Doug needs to listen to Andy Dufrene.#ontario#dougford #deardougford #openforbusiness #ontarioeconomy #torontoconstruction #dougfordkicksass#ontarioconstruction #shawshank #shawshankredemption #getbusyliving #whereisthetesting

Shawshank Redemption is now in NETFLIX. I don't know how long it has been now but those of you who swear that it's one of the greatest movies ever will soon have my opinion on that. #Netflix #shawshankredemption

The Shawshank Redemption (1994) Director: Frank Darabont Jeff Bridges, Tom Hanks, Kevin Costner, Tom Cruise, Matthew Broderick, Nicolas Cage, Johnny Depp and Charlie Sheen were all considered for the part of Andy Dufresne. Hanks turned it down, because he was committed to Forrest Gump (1994). Costner liked the script a lot, but was then embroiled in the filming of Waterworld (1995). Clint Eastwood, Harrison Ford, Paul Newman, and Robert Redford were considered for the part of Red. In the original novel, Red is a middle-aged white Irishman with graying red hair. However, Frank Darabont always had Morgan Freeman in mind for the role, because of his authoritative presence, demeanor, and deep voice. Red's reply, "Maybe it's because I'm Irish," to Andy's inquiry about his nickname was kept in the film as a joke. What are your thoughts on Shawshank Redemption? Which of these actors would you have liked to play Andy and Red? Tell us in the comments. _________________________________ Follow us @filmifyofficial for more. . . #shawshankredemption #andydufresne #frankdarabont #timrobbins #morganfreeman

Lift your spirits and escape into some fabulous storylines in uplifting movies 🎞️ 📽️ Our CEO and founder Rutger Bruining shared his top five with the @dailyexpress. How many have you seen? ⁠ ⁠ 1. The Shawshank Redemption (pictured)⁠ ⁠ This classic is based on a book written by Stephen King in 1992, and is one of the most well-known and celebrated tales of a man’s ultimate escape from a cruel fate in prison.⁠ ⁠ 2. The Pursuit of Happyness⁠ ⁠ A real-life story following Chris Gardner and his young son (Will and Jaden Smith), as they pursue a better life and survive homelessness before Gardner goes on to become a multi-millionaire.⁠ ⁠ 3. Apollo 13⁠ ⁠ Executed in a detailed and scientifically accurate way, ⁠ his Hollywood drama is based on the events of the lunar mission, following the perspectives of astronauts Jim Lovell, Fred Haise and Jack Swigert as they face numerous technical problems that threaten both the astronauts' survival and their safe return to Earth.⁠ ⁠ 4. 42⁠ ⁠ Based on the inspirational story of baseball superstar Jackie Robinson as he is met with fierce resistance while being the first black baseball player to play in the major leagues since 1889.⁠ ⁠ As Rutger says, "It is a story of the human spirit and pure courage – serving as an important reminder of what an individual can accomplish if they stand up for what they believe in."⁠ ⁠ Happy watching 🎞️📽️⁠ .⁠ .⁠ .⁠ .⁠ .⁠ #movies #films #movie #movietime #shawshankredemption #filmstowatch #film #bestfilms #hollywoodfilms #drama #classicfilms #cinema #cinematography #storytelling #favouritefilm #favouritefilm

Morgan Freeman ~ SOLD My favorite scene from this movie. Name it in the comment section if you know it👇👇👇

“Get busy living or get busy dying.” May we never lose sight of hope. ❤️🙏🏻 @timrobbinshere #shawshankredemption

二輪票250元、還送爆米花飲料、座位自動升級、包場、有另一個人可是他睡了很久。 Shawshank Redemption I remember last time I walked into cinema by myself was in Australia.I spent a hour driving my car from Gundagai to Wagga.The film is Kingsman 2. I thought it had English caption,but it didn’t.So,I only can understand 40 percent of its plot. #shawshankredemption #cinema #mountaindew #popcorn

Before I left for work this morning mom was watching Shawshank Redemption and I was like “ you suck i wanna stay home and watch it” so I snapped a few pictures and left. This one came out cool since it was mid transition.. #shawshankredemption #stephenking #mornings #iwannastayhome

Ono of the best movies I have ever watched. Must watch if you have time.#shawshankredemption https://www.theguardian.com/film/2020/apr/08/ive-never-seen-the-shawshank-redemption …

"Some bird aren't meant to be caged" #shawshankredemption

Huskies, Netflix Party is Tomorrow!!!!! We finally decided to watch “Shawshank Redemption.” Please be ready in front of of laptop at 7:50 PM. Open your Netflix from google chrome, and we will send you the link so that we can watch together. Register your name by texting DM us, or contact @armayadoremi for more information. Are you ready? ———————————————————— #internationalpathways #globalpathways #netflixparty #netflixmovies #shawshankredemption #studyabroad #studyabroadlife #northeastern #stayhome #socialdistancing #instagram #kaplan #kaplanexperiences 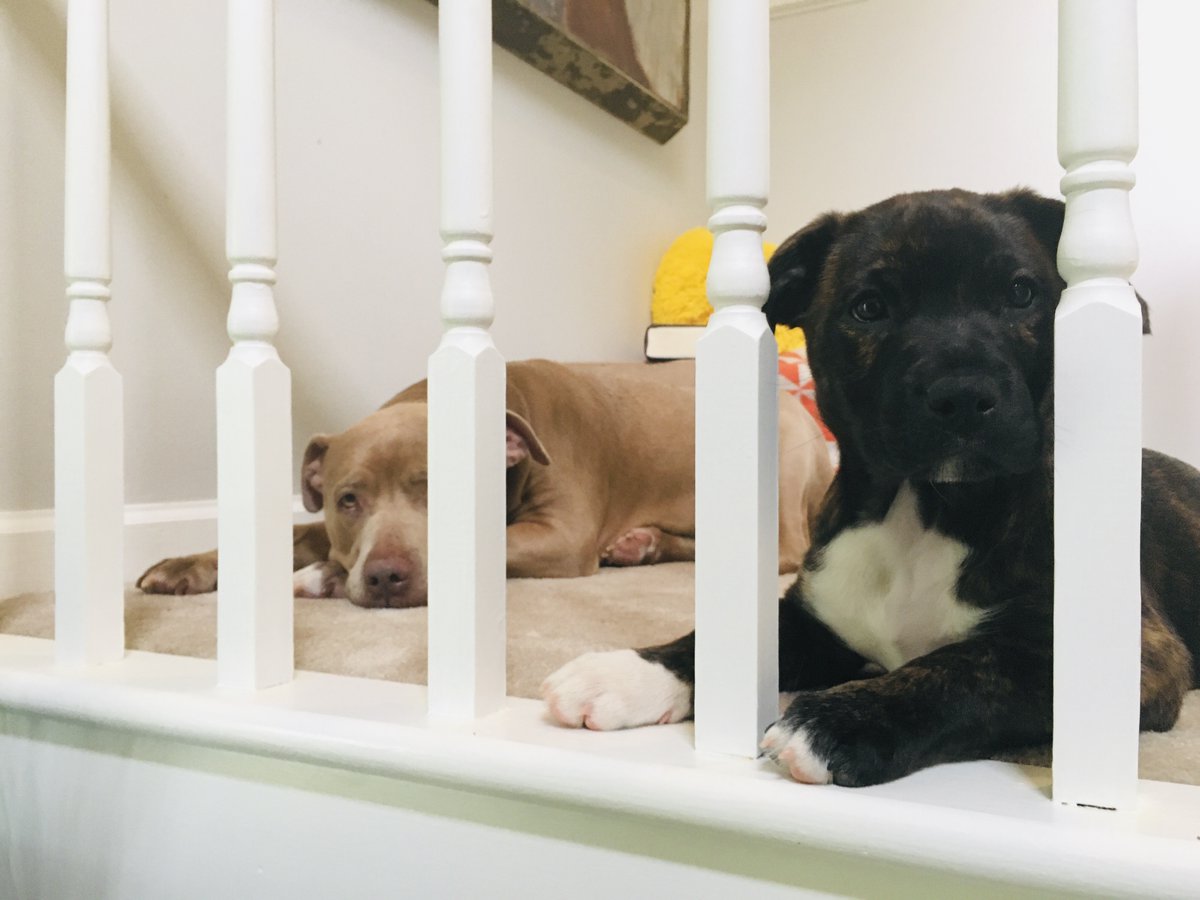 Red: "You're gonna fit right in. Everyone in here is innocent. Heywood, what're you in here for? Heywood: "Didn't do it. Lawyer fucked me." #ShawshankRedemption pic.twitter.com/ii22P8rblw 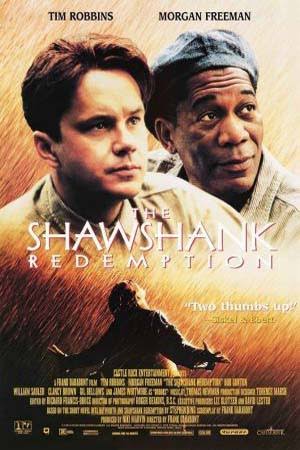 This is the write time to watch this world classic movie, Again and again.#Shawshankredemption pic.twitter.com/TCeTlMmI9T

Wonderful talking with Mark Rolston for over an hour this evening on Zoom. What a lovely and genuine guy. I feel absolutely privileged to listen to his inspiring advice. @realmarkrolston #actorslife #actor #Shawshankredemption #Aliens #LethalWeapon2

Remember - Be a free bird 🦅 . . #shawshankredemption . . Follow me (@thesinkedquotes ) if viewed

I watch The Sandlot once or twice a year because I own it. If the other two come on, I stop & watch & probably quote the dialogue with the movie almost as much as #shawshankredemption or #gladiator https://twitter.com/AlisonPosey14/status/1248284252594200582 …

“We sat and drank with the sun on our shoulders and felt like free men. Hell, we could have been tarring the roof of one of our own houses. We were the lords of all creation.” - Red . #Shawshank #ShawshankRedemption #StephenKing #movies #cinema #films #art #sketch #drawing #hollywood

Andi Henfresne, the hen who crawled through 5 yards of chicken poop and came out clean the other end. #shawshankredemption #chickensofinstagram

When we are allowed to gather again a lot of us are gonna feel just like these two! If you don’t know who these guys are a great time to watch one of the best movies ever made. In the end I just miss my friends #shawshankredemption, #socialdistancing 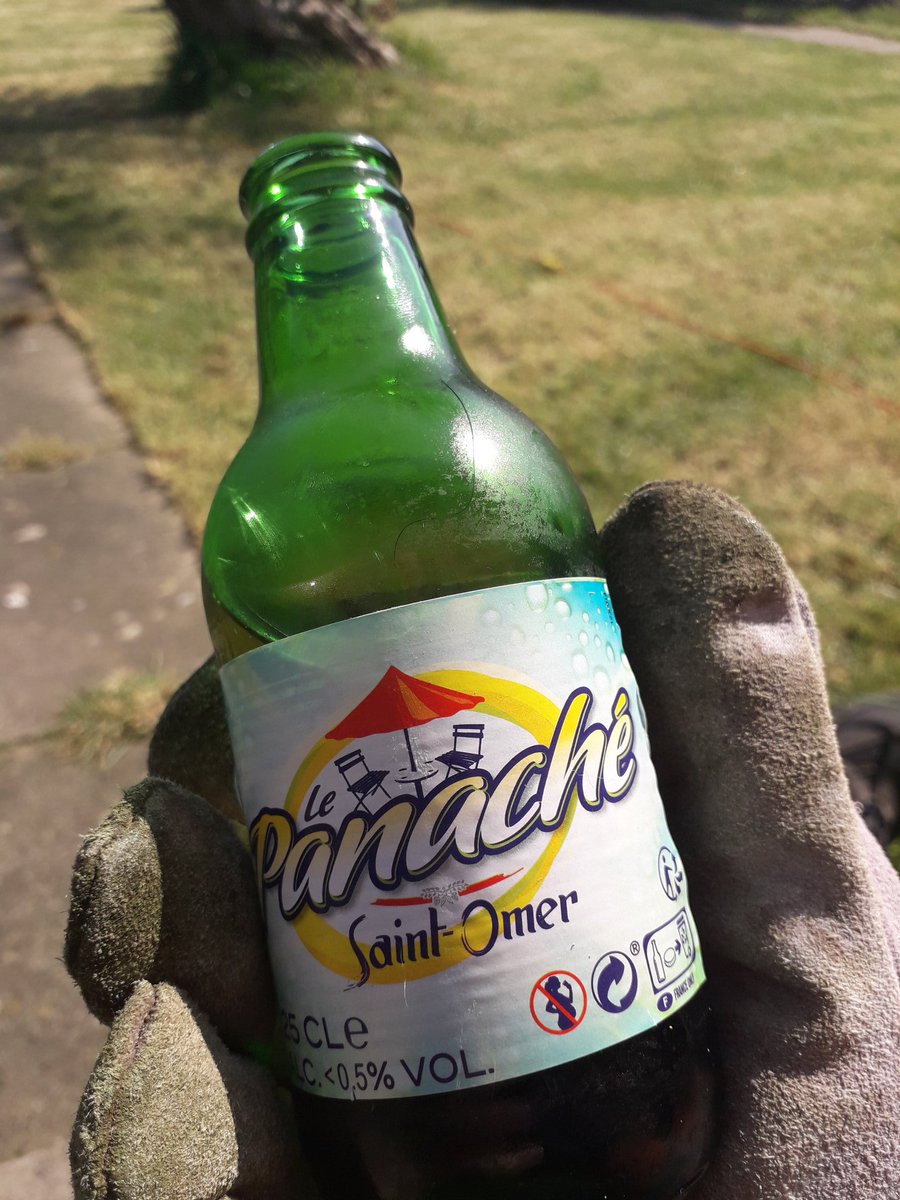 Day 16 #lockdownuk on Day 3 I trimmed my neighbours lawn on got 6 fresh eggs for my trouble, today after a quick once over I got #panache and plenty of it. I sat and drank with the sun on my shoulders and felt like a free man. #shawshankredemption #StayHomeSaveLivespic.twitter.com/JiVeHn4KSD

Making use of the time.. almost there! This time is a gift, doing the best thing we can by staying in isolation and being positively productive . I feel like an extra from the #shawshankredemption sitting on the roof watching the sun go down @stmelsbrewingcompany this was nectar of the Gods ! . #wellearned . . . . #wildatlanticway #connemara #emlaghmorecottage #ocean #sea #mountains #walking #flyfishing #hiking #sup #kayaking #sailing #wildswimming #beach #familyholidays #retreat #yoga #coastlife #visitgalway #thisisgalway #dublin #selfcatering #irelandswildwest #windsurf #browntrout #coast #westcoastofireland #romantic .

Write down your favourite scene from Shawshank Redemption?!😁🙈⠀ ⠀ 26 years since it's release and still one of THE best movies ever!⠀ ⠀ #2936 #Life quote suggested by Syed from Bengaluru.

“Get busy living, or get busy dying.” The Shawshank Redemption(1994) dir. Frank Darabont

Watching the #ShawshankRedemption, which I have always loved, from a slightly different point of view this time and find it to be even more uplifting. Thank you, @StephenKing

‘’I guess it comes down to a simple choice, really. Get busy living or get busy dying.'' (Andy Dufresne) in the masterpiece of the director #FrankDarabont #shawshankredemption acting #timrobbins #morganfreeman IMDb 9.3 Rotten 90% Me 10

The sun shone today. It reminded me of the scene in the Shawshank Redemption where Andy locks himself in the Wardens office and blasts out Opera music to the inmates. Whilst it's playing Red says "I have no idea to this day what those two Italian ladies were singing about. Truth is, I don't want to know. Some things are better left unsaid. I'd like to think they were singing about something so beautiful, it can't expressed in words, and it makes your heart ache because of it. I tell you, those voices soared higher and farther than anybody in a grey place dares to dream. It was as if some beautiful bird had flapped into our drab little cage and made these walls dissolve away, and for the briefest of moments, every last man in Shawshank felt free." Well today, just for the briefest of moments we forgot about the Coronavirus. The kids played and laughed, the dog ran off with shoes, too many freezers laced with artificial colours and flavourings were consumed. And for a moment everything was "normal" #stayathome

@DanniDewolfe just learned quite a lot about #ShawshankRedemption because of your article. I don't remember a lot of those nuggets from seeing the special edition DVDs with all those intvs. Thank you

#Shawshankredemption is back on @netflix. My wife had still never seen it, I know what we are watching this weekend!

Red From one of my favourite movies. #ShawshankRedemption

WARDEN NORTON: I believe in two things: discipline and the Bible. Here you'll receive both. Put your trust in the Lord; your ass belongs to me. Welcome to Shawshank. #Shawshankredemption