don’t be sorry i completely respect

Look at this picture. You can either see a bird with a long beak. Or You can see a rabbit. It’s called an “ambiguous picture”. Something psychological or for whatever mental reason people may see something different than others. Some may first see a bird. Some may first see a rabbit. It’s ONE picture, but TWO different interpretations. There’s 3 ways to react to this: 1) You can see it as a bird and only a bird. You recognize the possibility of it being a rabbit, but you know you’re right, it’s a bird. (Or other way around) 2) You first see it as a bird, but you see it as rabbit, and change your perspective of it. You no longer see it as a bird, but now it’s a rabbit. It has to be a rabbit, it’s wrong to see it as a bird. 3). You see BOTH perspectives. You recognize that it can be seen as a bird, as well as a rabbit. You understand your perspective is how YOU view it and you also see how THEY view it. Neither way is wrong, and you’re not going to fight about it. As a huge NFL fan, the big topic that has come to air is kneeling for the National Anthem. Some consider kneeling during the National Anthem disrespectful to the country, and are insensitive to the reason behind it. That’s their perspective. If you stand, you stand with your reasons and with your convictions. Those who kneel are living by their convictions off of their perspectives of the country. They decide to peaceful protest during a time where it raises the most awareness. That’s their perspective and convictions. Who are we to tell them when they can protest? A lot of issues come up in America, the big one right now is racial injustice and police brutality. We may not understand it for ourselves, but for others, their lives are heavily impacted by these issues. If we learned to see both perspectives, and not fight to make our opinion an absolute truth, we can have open and honest conversations with each other. It’s not a fight to be right. It’s a fight for rights. #blacklivesmatter #nationalanthem #respect #love #nfl #protest #instagram #instagood #instadaily #instaphoto

I respect that Bessy

Drew Brees is a coward and a SUCKER. @drewbrees does not respect black people, but caves and kisses up to the destructive LIE of imaginary “racism.”

Racism, the act of “…prejudice, discrimination, or antagonism directed against someone of a different race…”, is a major problem today. It gives people fear, doubt, shame, and sometimes guilt. In addition, racism gives people an awful perspective of life and sometimes, if one is looking up to a racist, the racist’s point of view begins to alter the person’s judgement. Racism could also lead to great conflict arising from those who heavily despise that race and maybe even mass killings, which foreshows that racism needs to be stopped and ended completely. #usa #advocate #lawstudent #supremecourt #blacklivesmatter #trump #a #covid #crime #humanity #litigation #lawyerup #maga #attorneys #life #art #instagood #respect #injustice #america #personalinjuryattorney #military #clat #liberty #attorneylife #n #coronavirus #world #activism

... If you start violence against police or and spray painting the side of war monuments than you are part of the problem. Regardless if you are black or white. I will not respect the people is disrespectful the people who died the act of free speech we have today.

Rest easy big ED , if it wasn’t for you I would have never learned that straight razor #respect#resteasyog🙏 @kingtuttcutzz

Show car, this my vehicle. You want yours to look like this. No problem, I corrected and ceramic coated this vehicle with @gtechniq Crystal Serum Light and topped it with EXO V4. She’s still running strong. I wash her almost weekly and maintain all everything on this vehicle. #rookesautodetailingllc #propercarcare #supportyourfriendsbusiness #supportyourfriends #supportsmallbusiness #supportyourlocaldetailer #respectthehustle #hustlehard #hustle #respect ♜🦾🤘😎💯

☎️☎️ Barcelona are going to re-focus on a deal for Paris Saint-Germain's Brazilian forward Neymar in the coming days. Ney is still considered a priority. [uol] 🚨🚨

We use Indigenous stories all the time. We use their artwork to sell things, paint their symbols on items owned by corporations, and blow up their history. When is it going to stop? #respect #blm #Brisbansblm #icantbreathe

Change is at the door, you better open it ..! #unity #respect #freedom

How weak, lost a lot of respect for brees today.

The outmost respect for this kick #BLMpic.twitter.com/3o1LC7iwa4

Good day all. I hope you all are doing your part to spread love, speak up against hate and fight for those that may not be able to defend themselves against injustice. I love you all and wish each and every one of you love, strength, safety and happiness. You deserve the best and you deserve the ability to achieve and succeed through hard work and determination no matter your color, religion, sexuality or any one aspect of you that others may not agree with or like. We all one human race fight to achieve our goals and aspirations. #sendinglove #positivevibes #staysafe #stayhealthy #stayfocused #bekind #staypositive #itwillallworkout #workforit #putinthework #ispossible #together #love #responsibility #respect #blacklivesmatter #alllivesmatter #enoughwontdo #humanrace #goodday #justiceforall #nojusticenopeace

We don't have trumps shit from his ass on our nose like you do. So we will go to Lowe's & U keep licking trumps nasty racist ass. U do know his dad was KKK. How do you think he taught him to think of your black ass. He has no respect for black people #staywoke #BoycottHomeDepothttps://twitter.com/TheRightMelissa/status/1269261215169155073 …

While studying in Luxembourg circa 2009, I was able to visit the Normandy beaches. Too soon are we to forget those who came before us, the ones breaking barriers, led by action, and who entrusted us a world of future generations. As I reflect on what today means, and about the deeper issues that don't make frontpage headlines - I think of this... Respect. Tolerance. Accountability. Let's build this together. 💪🇺🇸 #respect #tolerance #accountability #dday #normandy #betterworld #strongertogether #usa #wegotthis

Now that's sweet justice, Even the Angels have respect for the country.

Equal justice and treatment for all. #respect

It's easy to offend an artist, Call a poet an asshole But you can't hurt a boxer Boxers, bitch, well done! @miketyson 💪

So I got a chance to check out a few of my @maestrosclassic Family members today at an event that was Beautiful, to say the Least. A #Peaceful #Protest in #Honor of #GeorgeFloyd & to bring Awareness to #BlackLivesMatter A Historic event here in #Bristol where a point was Made in A Humble, Peaceful way. #peace #love #respect #blm More #life #equality #family #justiceforgeorgefloyd #ivehadenough Photo Cred: @spadaspazio 👻

JAN @burgemeesterjanvanzanen , It is very sad that you are leaving Utrecht the end of this month! You were like a father for many people in Utrecht city and you did a lot to make our city looks better! You are my favorite mayor in the Netherlands! And I am so proud of you! The Municipality of Utrecht will miss you! Thank you very much for everything you did for all of us! Good luck! ♥ 🌈 #utrecht #utrechtgemeente #domtoren #utrechtpride #cocmiddennederland #holland #thenetherlands 🇳🇱 #nederlande #dutch #proud #rainbow #Lgbt #gay #homo #loveislove🌈 #denhaag #thehague #canalpride #thankyou #love #respect

My respect for them went

Hmm, I'll never understand why you don't respect women. Let's not forget the NY rape allegations or all the stories revolving around your douchey entitled behavior towards young Madison, WI college girls years back. No respect for you.

I’ve used my body and my voice to help propel this movement forward and to make sure I do my part to keep the momentum and amplify black voices until we have true equality and the eradication of systemic racism in our country. And now I want to figure out how to use my art. I created a digital draft of these Nike AF1’s inspired by the #BLM movement. Once they’re made and sold I’ll donate 100% of the cost to the @emergency_release_fund to help our brothers and sisters in the black community afford bail that were arrested during these protests. We all have a lane we can help in. Do your part. Be on the right side of history and love your fellow humans. We are one race. Swipe for the time lapse of my process. Stay strong. ❤️✊🏻 #PeaceAndLove

Every human has the same rights. No one on the earth is more worth than another. In front of God we are all same. Stop doing differences! Love and respect each other! #Berlin #demonstration #blacklivematters #nojusticenopeace #icantbreathe #respect #loveeachother #weareone

I don’t recognise this country anymore, any respect I had in the police has disintegrated

#niceday for a quick #bycicleride #summer and #life are too short! #getoutside and #enjoylife before is too late... #love #respect #itistime #wakeup #openyoureyes

D-Day. If only those mindless idiots who see fit to deface the war memorials in London had a clue... but they don’t. It’s ironic really, that these brave souls gave their lives to protect the world from an unhinged racist maniac. I’m a fan of race, the human race and I don’t care what colour or creed you are, just be respectful to everyone, please 🙏🏻 #respect #alllivesmatter #d-day #normandylandings #lestweforget #london

How can you not realize that people are more important than flag? Our flag is a symbol of that very fact. Kneeling before the flag is a statement of respect and sadness for the ideals of that the goal of that symbolism has not been met and needs to be uplifted.

Today we had a private ceremony for Big Bob..the most difficult and painful day I've ever had to face..but I have faced it knowing that he is no longer in pain and that our family was blessed beyong compare to have him as the leader and protector of our family for so long...thank you all for you love and support during this time of grief and loss... #life #love #dignity #family #honor #integrity #respect #hope

"Strength, Honor, Respect, Train" . A client requested that I make this Caique Jiu-jitsu logo with the words "Strength, Honor, Respect, Train". This measures 11.25" round. . This is made of black painted pine, and the graplers are filled with a two part red epoxy. I think it pops really nicely! . What do you think? . #wallart #caique #jiujitsu #mma #totalboatepoxy #totalboat #blackdiamondpigments #shapeoko #cnc #woodworking #wood #carbide3d #Strength #Honor #Respect #Train 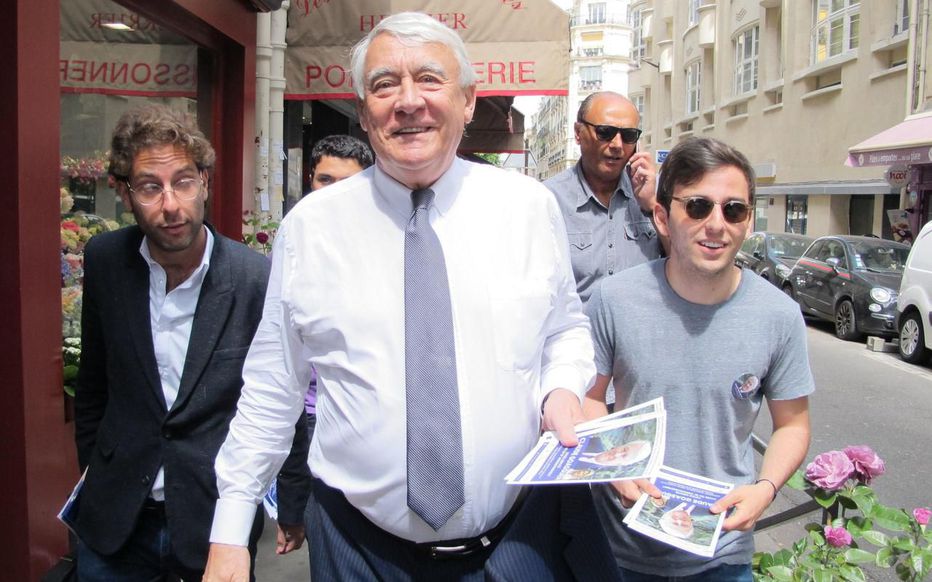 Definitely one of my role-models/favs in the game! Between you and several others a tremendous huge source of inspiration/motivation, I’ve learned a lot lot and owe a great amount of respect/credit to you

“It may be important to great thinkers to examine the world, to explain and despise it. But I think it is only important to love the world, not to despise it, not for us to hate each other, but to be able to regard the world and ourselves and all beings with love, admiration and respect.” Hermann Hesse Siddhartha #admiration #hermann-hesse #love #philosophy #respect #world #atlanticocean #oualidiya #eljadida #morocco #rock #meditation #2018 ❤️🧡💛💙

“Ella Fitzgerald was not allowed to perform in Hollywood's most popular nightclub, The Mocambo, because of her race & body size. Marilyn Monroe, who was a big fan, called the owner and explained that if he booked Ella, she would be there every night, which guaranteed huge press coverage. He booked Ella and Marilyn was there, front table, every single night as promised. Ella said, "After that, I never had to play a small jazz club again. She was an unusual woman, a little ahead of her time, and she didn’t even know it.” #womensupportwomen #goddessesunite #goddess #wildwomen #sisterhood #sharingknowledge #sharing #passitforward #walkyourtalk #itallstartswithgratitude #understandyourself #empowerment #empoweredwomenempowerwomen #takeyourpowerback #love #friendship #respect

Appreciate those who appreciate you #loyalty #respect #cherish #love