That the best you got? Thought you were awesome. but you’re not you’re just a ------ Dang your last rhyme was pathetic and blow. English is not my primary language. #RapBattle #JPP5 http://jackboxgames.com pic.twitter.com/eOflUeHvq0

My future’s as bright as a burning smelly ass. my turds be on fire and i be fartin real hard duuudeeeee I’m flying high like some kind of a turd. high on WEED LOL :) #RapBattle #JPP5 http://jackboxgames.com pic.twitter.com/gn97wS00yT

Now you know how We do! 👊💥 Low budget - High value! 😬 . . . . . . . . . . #rap#rapmusic#rapper#rappers#rapartist#rapproducer#rapproducers#rapstyle##raplifestyle#raplife#raplyrics#raplegend#rappromotion#rapgenius#rapeadar#rapping#rapbeat#rapbeats#rapbattle#rapbattles#rapvideo#rapvideos#freestylerap#freestylerapper#upcomingrapper#freestyle#rhyme#rhymes#rythm

That the best you got? Thought you were awesome. but you’re not you’re just a Dang your last rhyme was pathetic and blow. English is not my primary language. #RapBattle #JPP5 http://jackboxgames.com pic.twitter.com/2eotiYEkjN

Red Bull Spotlight – a unique hunt to discover India’s best emerging rappers – kicks off its latest edition with nation-wide qualifiers. Winners of each qualifier then go head-to-head on stage at the national finals and are judged by some of the best-known talents of the underground hip-hop scene in India. There will be a preliminary round held in the Silicon Institute of Technology, Bhubaneswar campus for the main event. Each participant will get 5 minutes to perform 2 Original Compositions and will be judged on the basis of the same to qualify for finals. Note: Last date for registration is 18th February 2020, 05:00 PM. Preliminary Round Details: Date: 24th February, 2020 Time: To be Notified soon. Venue: Silicon Institute of Technology, Bhubaneswar For registration : Sourav Banerjee : 8455960333 Prasanjit Sahoo : 8917576442 #sitfest2020 #redbullindia @redbullindia #redbullspotlight #rapbattle

Okay guys~!!! Let's think a while☆ . . . . If I am honest, I could see that something like this will happen. But ... it leaves us all with many questions. Right??? -> He said in the last part of the song: "I won't be anymore" That remind us one theory that is Ramuda has a clone (T.D.D. era) but we don't know what happened to him, maybe he died, they have replaced him or even he doesn't exist. The thing is, if the theory of the clone it's true, Ramuda is conscience that he is another version, knowing he died before, and that's cause he has that bad relationship with Ichijiku. That "disobedience" makes him inside have to many... problems??? "Error" as we see in the song. But that's what make me think: In the part of Side F.P vs M, after he played a while with Gentaro and Dice, he made a real smile,just for a moment. Plus his hatred of Ichijiku and his desire to dominate the world... Maybe this Ramuda clone is a failed experiment and he knows it. Cause that in the last part of the song he says something like; "Huh? Huh? That's weird Huh? Huh? I think I'm unwell" If he didn't have free will, he couldn't do all those things, unless he was directly programmed for it, which I do not see much sense. I think it's enough for the moment xD let's see more in the next post 💨🍭Sayonara~☆💫 「🎐🎐🎐」 #ramudaamemura #hypnosismic #flingposse #EasyR #rapbattle #designer #cuteboy #lollipop #Candies #Drops #Drop #HypMic #sweet #sweetboy #rap #pastel #pastelstyle #colourful #amemuraramuda #shibuyadivision #shibuya #reverse #pink #pinkboy

ALRIGHT.... THIS IS STRAIGHT TRICKERY. WHAT R U GONNA DO WHEN YOU WASH YOUR FACE AND DUDE SEES WHAT YOU REALLY LOOK LIKE? I'M A WOMAN... I GET WANTING TO LOOK NICE... BUT PUTTING ON MAKE UP FOR AN HOUR A DAY UNTIL YOU STRAIGHT UP LOOK LIKE SOMEONE ELSE? IDK ABOUT THAT. GUYS WHAT DO YOU THINK? . . . NEVERNAIRE STOMPING GROUND . NEVERNAIRE.COM . . . #rap #rapmusic #rapper #rapartist #rapfreestyle #rapbeats #rapgame #rappers #rapbeat #rapsmash #rapping #rapculture #rapbattle #rapnews #raplife #music #musically #musician #musicvideo #musicproducer #musiclovers #musiclife #musiclover #musicislife #musicproducers #musicartist #musicvideos #musicjunkie #nevernaire 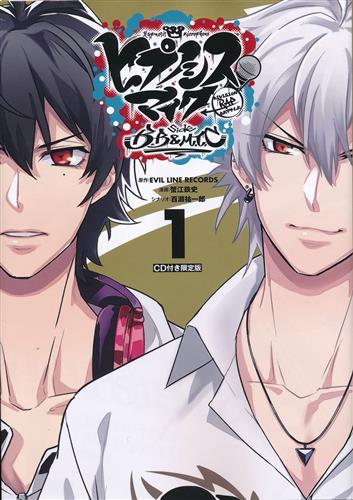 Woooow check out this fantastic artwork!🔥🔥🔥 Dude, this is legendary 🗿🎤🙏I'm kinda speechless that someone would do that!💯😋🙏 • • Очень крутой арт!! 👊😋 Прям круто жму руку😊👍