We are coming out in the world tomorrow. Meet us to know what we have in offer and how do we bring customer acquisition cost down by 1/3 (one by third) of its current value for realtors. Know all about it at Realty+ Proptech Summit & Awards 2020. #PropTech #Awards #Realty #tajsantacruz #Award2020

👀Join our YouTube Live’s “Capturing the World with Dee” today (January 21, 2020) at 9 am PST. 👥Our guests will be the co-founders of @aryeohq, a real estate photography software platform that allows you to deliver content to your customers. 😊You’re going to be amazed at their story and will be delighted with their product. Can’t wait to see you there! 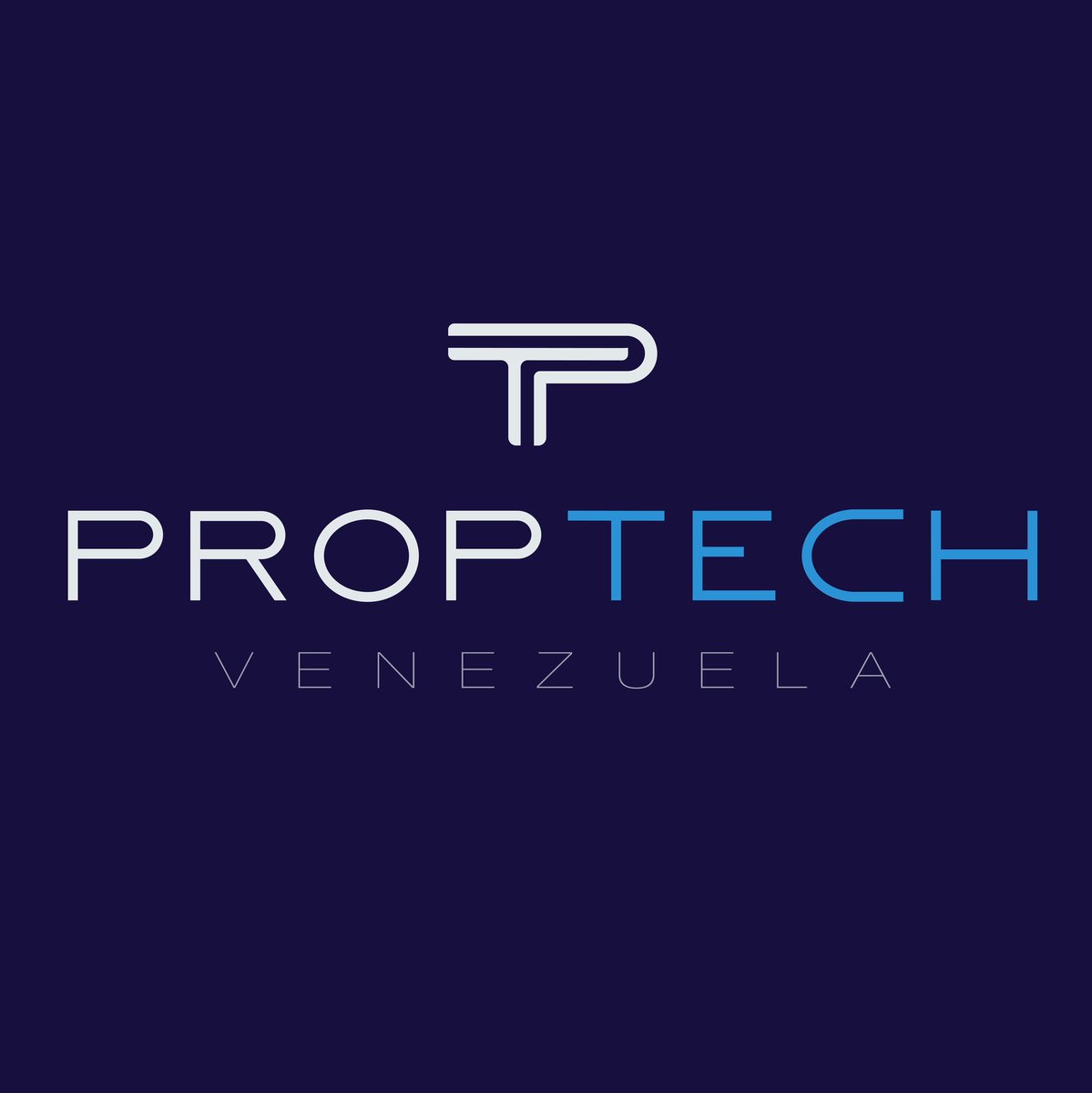 Flexible space meets the on-demand and elastic needs of today’s evolving workforce but is the flex space here to stay? Leran more: https://interactive.savills.us/theflexmachine-1 (Or simply click the link in the bio.)

🗣Big news today: We’re incredibly excited to share that we’ll be acquiring @property_capsule as a first step in bringing our vision for the #retail sector life. We’re thrilled to welcome all of them to the VTS family. . Read more at: blog.vts.com/vts-is-acquiring-propertycapsule

An affordable-housing campaigner has failed in his bid to challenge Southwark Council’s plans to redevelop Elephant and Castle, SE1. At a two-day hearing at the High Court in London in October, part-time teacher and campaigner for affordable housing in the capital Jerry Flynn argued that the plans did not provide enough affordable homes.⁠ ⁠ At the hearing, lawyers for Flynn argued that, of the 979 homes that form part of the project, only 35% are affordable – the minimum figure expressed in Southwark’s development plan, and well below the 60% target in the mayor’s London Plan. Of those, most will fall under the least affordable tenure of discounted market rent, with only 116 homes (12%) for social rent. He argued that the deliverability of social housing was a critical issue in the determination of the planning application, in the context of a controversial regeneration scheme which will displace many existing small businesses, largely operated by BAME people. Permission was granted by Southwark’s head of planning in January, following an increase in the number of social rented units from 33 to 116. The planning committee had initially indicated that it would refuse the scheme based on the lower number, but resolved that permission should be granted following the increase.⁠ ⁠ But in his ruling, Dove J said some of the argument took “too literal” an approach to the committee documents, and the section 106 agreement was effective. In summary, Dove J said that while all of the Flynn’s points were “properly arguable, “I am not satisfied that in substance they should succeed.” “It follows that, in the result, the claimant’s claim must be dismissed.” The development is intended to be delivered in two phases – the east site and the west site – lasting almost a decade. Work on the east side, including demolition of the iconic shopping centre and provision of new shops, will begin first.⁠ ⁠ Source: Radius Data Exchange⁠ ⁠ #property #realestate #money #invest #news #helptobuy #investment #investor #propertynews #office #industrial #cbre #jll #savills #cushmanandwakefield #bnpparibas #colliers #propertyweek #propertyhub #tech #technology #cretech #proptech 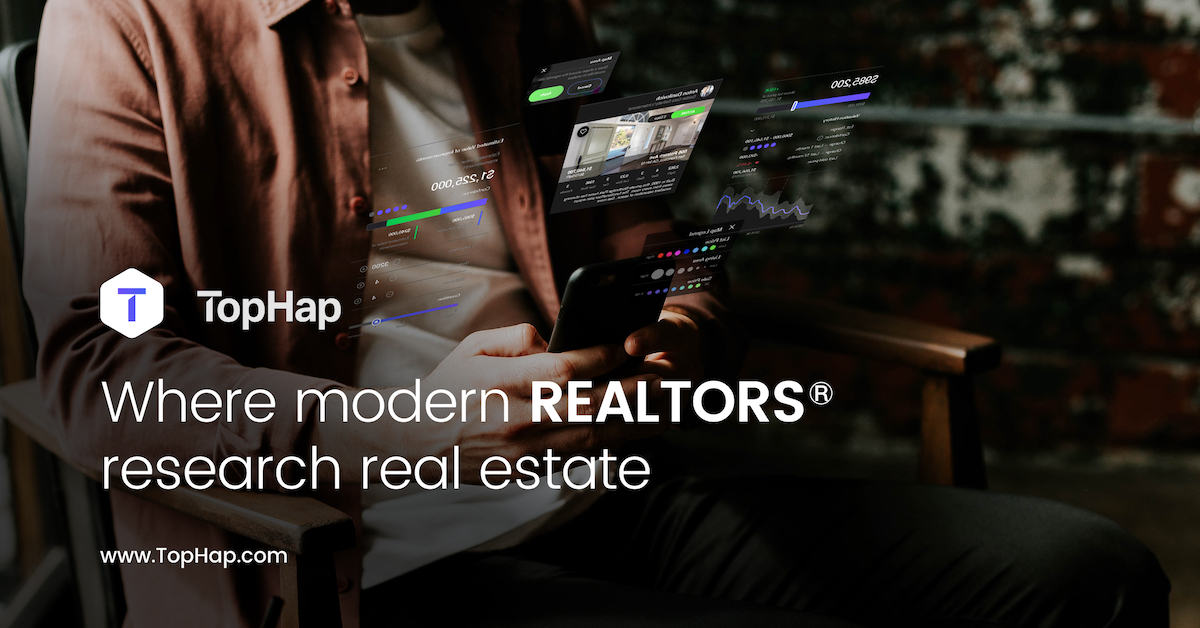 VERY IMPORTANT: This is a message to all real-estate agents / brokers in the UK especially.. and across the world. You PERSONALLY, NEED to have a digital footprint explaining who you are, what you do, where you do it, any milestones you have reached and some information about you as a HUMAN. It is a HUGE concern for me as someone who has worked in the industry for over 20yrs to see huge change in such a short space of time, as we watch a record amount of local high street agents close their offices in the UK. It’s not BREXIT (before you say it) it’s the effect of the INTERNET which is now maturing. I’m not writing this to scare you but I am using my multiple digital platforms to alert you in hope that you will take action for fear of you’re role becoming redundant due to the customers lack of trust in an individual who has no digital anchor. Technology is here and will continue to connect us and let us not forget we live in the cloud and on the internet. You personally NEED a digital footprint, including your CV / credentials where people on the internet and around the world can find you (not stroll into your shop front). Please share this message with anyone in the industry. Best wishes to all, Daniel Agent for 21 years.. #realestate #property #agent #realtor #broker #brokerage #estateagent 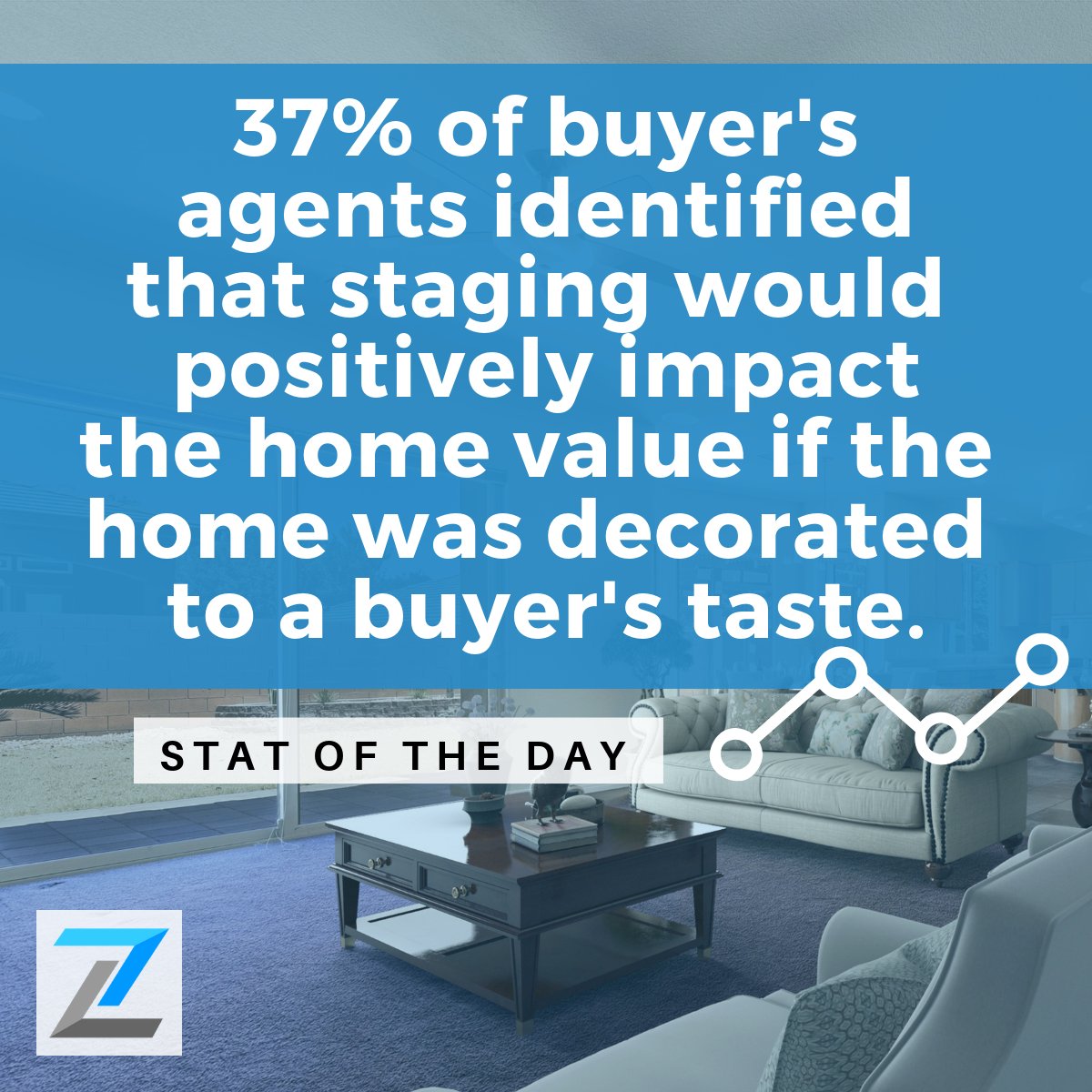 The 40 000th investor has joined EstateGuru 🎉 2019 brought us 20 247 new investors, of whom 41% came through a referral. This means that almost half of our investors are so happy with us that they invite their friends to join EstateGuru too 👨‍👩‍👦 On to another successful year! 🚀 #referral #friends #p2plending #volume #numbers #unicorn #finance #personalfinance #marketing #loans #borrowing #p2p #crowdfunding #fintech #proptech #invest #investing #investment #realestate #property #propertylending #financing #financialfreedom #passiveincome #workfromhome #bethebank #investor #crowdlending 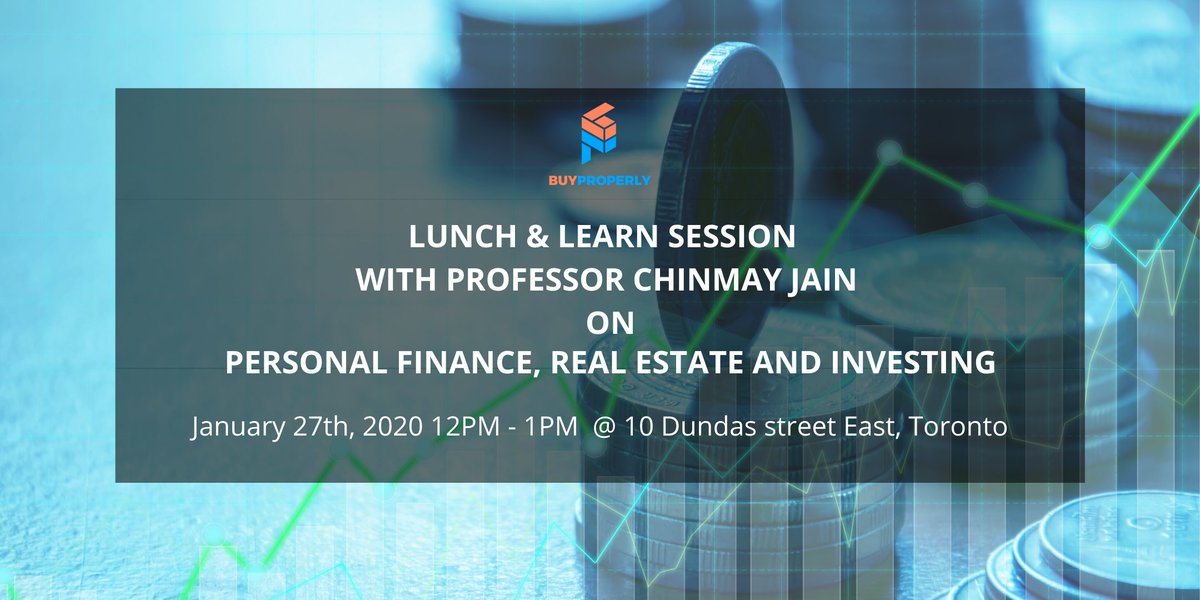 The “How We Built This” article about Climb! If you wanted to read about the “backstory” about what really happened, when, why, and how it’s all in here! Thanks to my partners Chris Lim and Tiffany Combs Avallon for making this happen with me.... and of course to all of the agents that truly defined Climb. We all stand on the shoulders of giants. https://www.inman.com/2020/01/21/from-indie-to-realogy-acquisition-how-climb-real-estate-almost-didnt-happen/ . . . . . . . . . . . #newchapter #startuplife #entrepreneurlife #thinkbig #listing #properties #realty #proptech #realestatetech @highnotelabs @climbrealestate @myclimblife @jchoey @christinekimmers

Catch Matt and Branick on a YouTube Live stream TODAY at 12 pm EST (9 am PST) with Dee Johnson of @cubi.casa! Tune in to hear about the origin of Aryeo as well as some details on the upcoming launch of Aryeo 2.0! You don’t want to miss it! Just search “Capture the World with Dee” on YouTube to find it! . . . #aryeo #cubicasa #realestate #proptech #deejohnson #realestatephotography #realestatephotographer #youtubelive 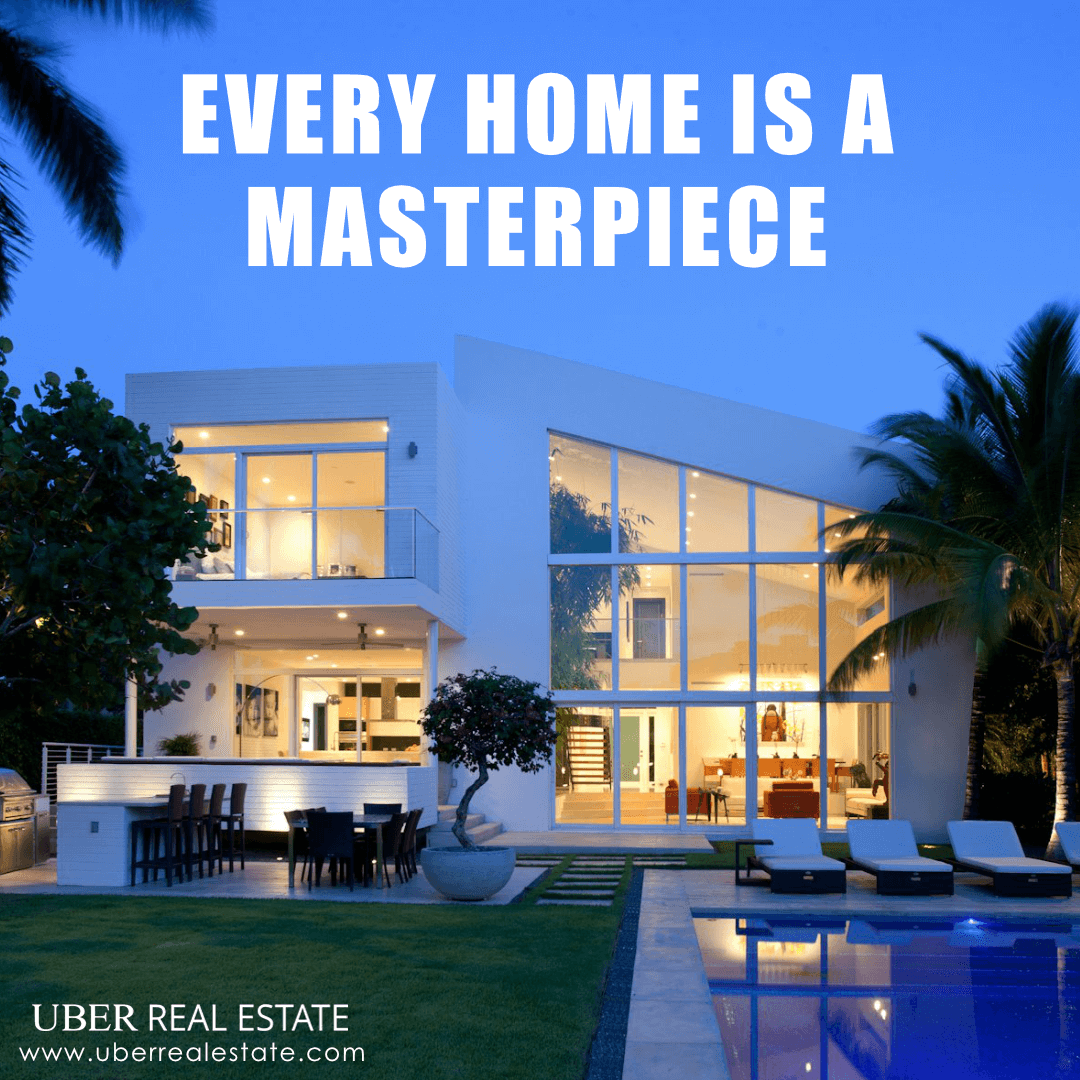 TopHap is EVERYTHING you need to know about real estate all in one place. Our market intelligence platform enables you to learn years of experience in minutes. Save hours of research time analyzing neighborhoods, properties and experience the fastest way to learn new markets. Visit www.Tophap.com NOW and change the way you research real estate! #tophap #proptech #marketintelligence #realestate #realtor #broker #homesforsale #housesforsale #bigdata #realty #property #californiarealestate

Great panel discussions on the future of construction. Proud to be part of #nordiccontech #contech #construction #builder #startup #bygg #proptech

Very proud and excited to formally announce that LIFENEST has secured it's first, exclusive business partnership with none other than - Apple! • Honestly there's no better feeling than when you give something everything you've got, literally your life, and it pays off 🙌🏼 • So what's the deal? One of the ways LIFENEST is changing the real estate rental market is through our innovation in the home-life experience thanks to our, Nest Options. • Our Nest Options provide optional extra services and products to optimise, improve and fully customise your living experience, all in the comfort of your own home. Nest Options range from airport pick ups and TVs to now, Apple products at an amazing, exclusive discount only available to our LIFENEST Housemates. • At LIFENEST, we work tirelessly to truly innovate what is ultimately a very archaic industry full of pitfalls, scams and bad reputation. Having quadrupled already as a company this year, we're creating the best real estate rental brand and company in not only London, but the world. We're creating the future of city living. • "Those who are crazy enough to think they can change the world usually do" - Steve Jobs. • • • • • • #apple #thinkdifferent #stevejobs #appleproducts #realestate #lifenest #Entrepreneur #entrepreneurlife #business #innovation #realestategoals #realestatetech #proptech

Is your money like, “NAMASTE right here!” 🧘‍♀️in the investment product you chose? Life is full of unexpected events, and that’s why you need your money to be flexible. 💶👜 . Thanks to blockchain technology, real assets can be liquid, making real estate an even more attractive product to invest in. . Click on the link in our bio to get more information on how blockchain works! . #time #money #retire #cash #hamburg #germany #europe #success #invest #investing #banking #realestate #immo #immobilien #proptech #fintech #healthiswealth #yogamat #yoga #namastayrighthere #namaste

[email protected] launched! Greg Florkowski discussed Apprise w/@GlobeStcom: “When we looked around the industry...we thought we could surely accelerate that and bring the industry into the 21st century via Apprise." https://www.globest.com/2020/01/21/walker-dunlop-launches-multifamily-valuation-business/ … #Proptech #Fintech #Appraisal #NMHC

According to a @yougovuk study, nearly three-quarters (70%) of UK workers say it’s important for organisations to allow their employees to work remotely. . . However, 48% said their employers don’t allow them to work remotely. 😳 . . The way we work is changing, and going into an office isn’t necessarily the best option. The future is #remote. 👨🏻‍💻👩🏻‍💻 . . Pictured above — @thenaturalistpub - a stunning #WorkClub venue snapped by @nawshg 📸

Today, I’m writing this from my home office in Sandvika. The dog is sleeping on my lap, little sis is planning her content and I have a warm cup of latte in my hand thanks to my partner in crime @oyvindolstad1 ✨. I couldn’t live the life I have now if it were not for my friends, family, sponsors and readers (YOU!). Today I just wanted to say thank you. Thank you for all the support and encouragement guys. Also, a big thanks to my mentors, professors and people who have taken the time to teach me new skills and guide me in my business knowledge. Thank you so much! Best, Vic❤️ . . . . . #victoriajulie #lookbook #nakdfashion #success #business #mba #startup #marketing #consultinglife #consulting #tech #fintech #proptech #strategy #launch #startup #bossbabe #businesswoman #businessmodel #profit #challenge #power #personaldevelopment

Partners in #GoodwinLaw’s #REI and Public M&A/Corporate Governance practices analyze the challenges and benefits of the wave of consolidation in the #PropTech industry, and forecast what’s to come in this byline in Corporate Real Estate Journal: http://ow.ly/5yzX50xYszp

I had so much fun, so loving the PropTech community, great event and thank you for inviting me...

We have a new investment opportunity video on the way! Keep an eye out for its release! #investing #explainer #propertyinvestment #acquisitions #jaevee #countdownison #prepare #proptech #investinginproperty #countdown

It is always so inspiring to visit London. And now we have even more reasons to love this city. #proptech #cretech #friendlybuildings #smartbuildings #workplace #skyscrapers #london #sharrylife #sharryteam 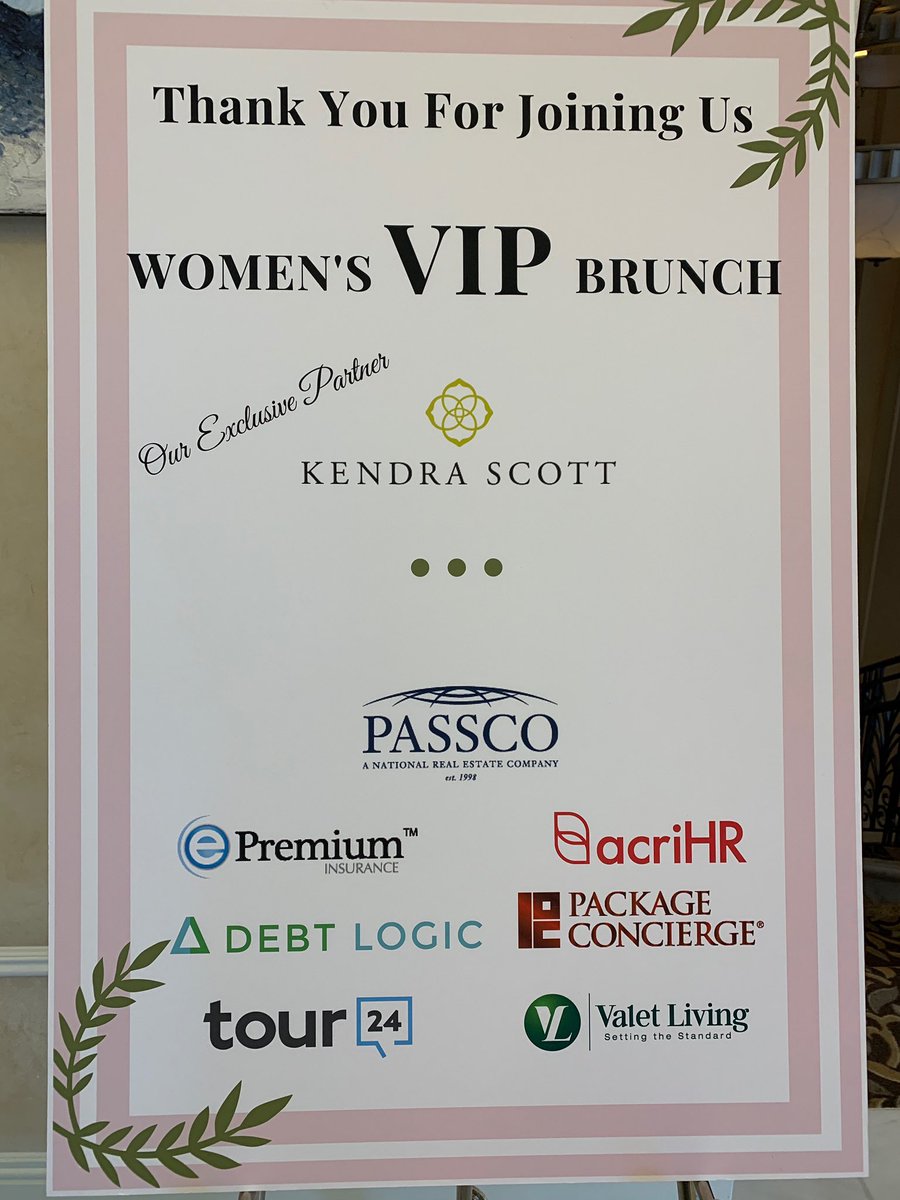 We had an awesome time sponsoring and mingling at the Women’s VIP Brunch at the NMHC Annual Meeting #nmhc #orlando #kendrascott #brunch #proptech #tech #apartmentindustrypic.twitter.com/9v1VVOK5A3 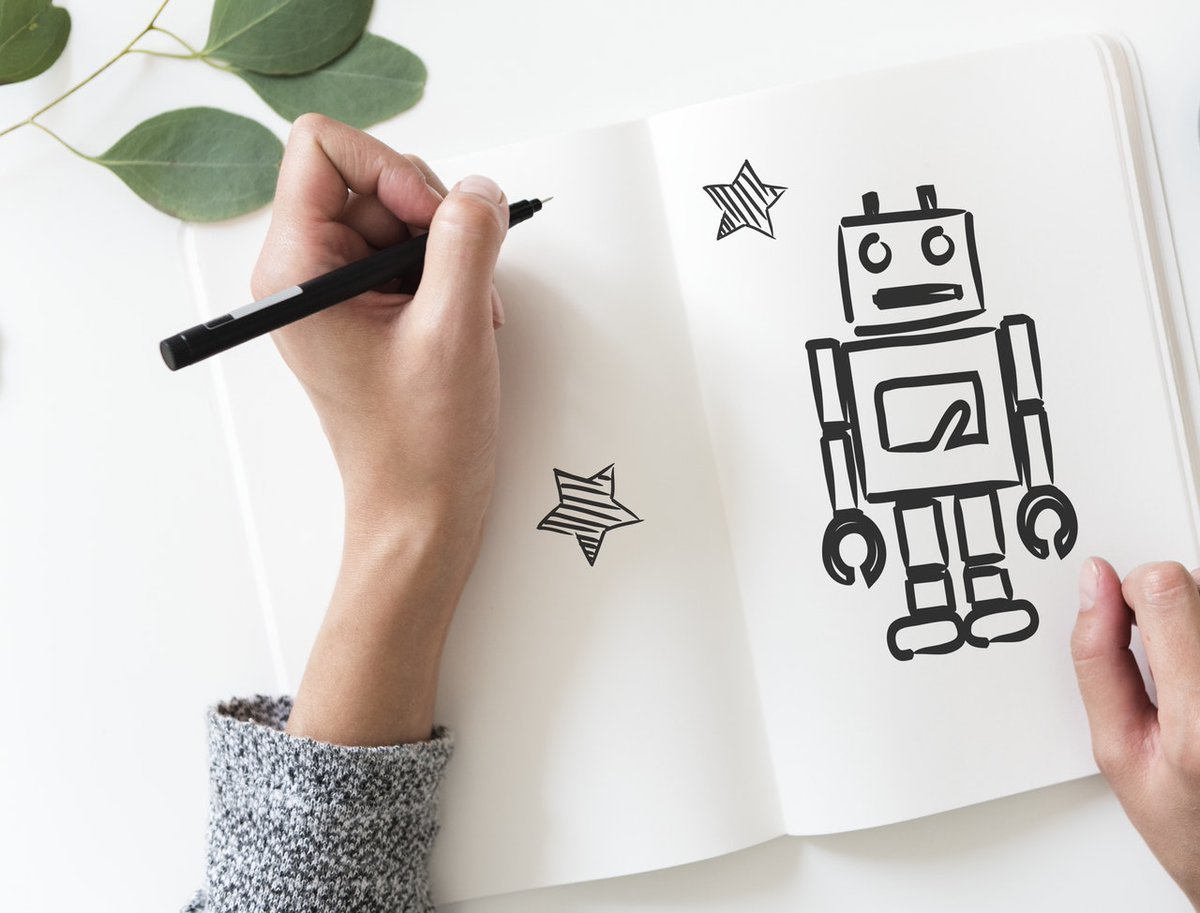 How would I describe WitLet and WitSell in a tweet? An independent agency that embraces all aspects of #PropTech to provide a truly hybrid agency experience for any potential customer! Call us for more information on 01376502500! pic.twitter.com/M8iDSjShc6

The first Security Token Offering (STO) on the @jastockex digital asset platform is @bredtoken ! BRED is also the first issuer to initiate an offering on the @Blockstation platform! #blockchain #proptech #DeFipic.twitter.com/9k8ZRYRgKu