There is so much to say with Maxx Crosby but the biggest thing Thats needs to be answered is “Is he better than Nick Bosa?” The answer is no, not yet at least. However, it’s much closer than I people think. A rumor I’ve heard is he doesn’t get double teamed. That is false. While he does get most of his sacks when he his being single teamed, so does Bosa and so does every other pass rusher. Now, time to talk about his season. At the start of the season, he didn’t get many snaps as the raiders added many new additions to the dline and were trying to see what worked. However, when he started getting playtime he quickly made a statement. In his game against the Colts he gonna to two pass deflections and a tackle for loss, but his real statement game was when he recorded 4 sacks vs the Bengals. Now for what his future might hold, I think he has the potential to be the best defensive player in the class. He’s able to reach around tackles with ease with his almost cartoonish wingspan, and standing at 6’6 he towers over most players. I can’t wait to see how his career turns out.

Y’all fw Chris Harris Jr to the raiders? Free agency is almost here and I’m hype to see how we handle it. Chris Harris Jr. is one of the more intriguing FA’s to me. He’s older but would be a great veteran presence on this defense and a good mentor for Trayvon Mullen. Plus he’ll probably come in for a little less money than someone like Byron Jones(I wouldn’t be mad to get him either) but also it would be nice to steal a good one from the DONKEYS!

Used to love playing with these two in @eamaddennfl 👀 The most athletically gifted backfield that just couldn’t stay healthy. 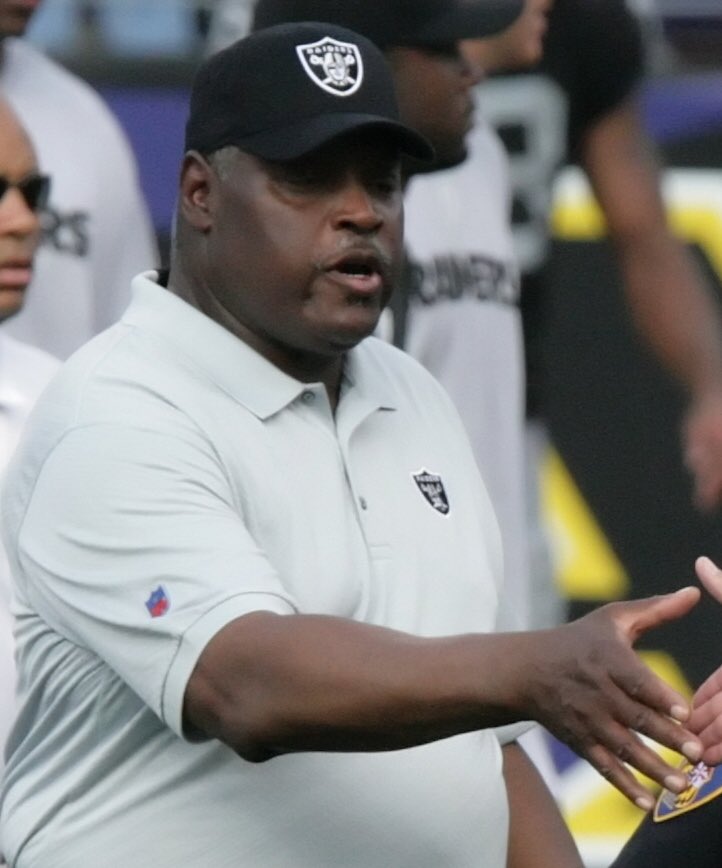 It’s about a girl! Just a girl. Color shouldn’t be a requirement

Always will bleed #silverandblack Always will support the #raiders no matter what city they rep but, its always gonna be, forever in our hearts, #oaklandraiders

RUMOR: There are rumblings around the league claiming that Minnesota Vikings WR Stefon Diggs would like to be traded from his current team. While a strained relationship between Diggs and the Vikings has developed over the last season or so, the organization has deemed him too valuable to move on from. Recent reports say that the Vikings are listening to offers for Diggs and are willing to move on for the right price. Now obviously the first question everyone asks is “where is he gonna go?”. My top 3 landing spots for Stefon Diggs are: - Denver Broncos: QB Drew Lock had an inspiring finish to last season after taking over for Brandon Allen, leaving Denver Bronco fans very optimistic. It wouldn’t surprise me if John Elway decides to make a splash and get his young QB another impact playmaker across from young stud Courtland Sutton. - Los Vegas Raiders: By moving to a new location, the Raiders are looking for a fresh start. After last years Antonio Brown debacle, it wouldn’t surprise me if they tried to go get another star receiver. The Raiders were banged up receiver. So much so that If it weren’t for the late breakout of Clemson WR Hunter Renfrow, TE Darren Waller could’ve had one of the best statistical seasons of all time for a tight end. Not to mention the self-created quarterback controversy, a reliable set of hands would be a huge plus for the Vegas bound Raiders. - Buffalo Bills: This ones a little bold but I don’t think it’s too crazy. Remember when the Buffalo Bills thought they had traded for Antonio Brown last off-season before backing out after realizing Brown would refuse to play for them? Diggs definitely doesn’t have the attitude... question marks(that doesn’t do justice) that Brown has and since the Bills are looking to make the next step this season Diggs would actually be a nice fit in Buffalo. I mean hey, he’s used to the cold. I’m sure you guys have your own thoughts on where he should go so definitely let me hear them in the comments! #stefondiggs #minnesota #minnesotavikings #widereceiver #nfl #superbowl #football #tombrady #lasvegas #vegas #raiders #lasvegasraiders #oaklandraiders #denver #broncos #denverbroncos #drewlock #news #instagood

Out here in Vegas checking out the stadium and man.... seeing this in person is absolutely ridiculous. Gives you chills on how massive and beautiful it is. I had to record it. #raiders #raidernation #oaklandraiders #lasvegasraiders #lasvegas

Or football & it was Dallas Cowboys, Pittsburgh Steelers & Oakland Raiders & Minnesota Vikings that ruled the mid 70’s on into the 80’s....great days

Just curious how after getting shit on by the Davis family twice that any self respecting fan would continue to give them your hard earned money. The Oakland Raiders are no more.

Us @RAIDERS fans that are saying Fuck Vegas will be there wearing our OAKLAND RAIDERS gear so you can find us And from 2002-2013 I lived in Vegas so I’ll bring some old friends and my pops, all who still live there,...with me to the games

This uniform.... pure M A G I C ✨ Photo: @shawn_jonas_nflphotography

I don’t give a damn what it says on the sign, it’s the Oakland Raiders. We built a stadium in your town...that’s it. Half the damn games were already outside Oakland. It didn’t matter. I’ve seen Raider fan turn Nashville into Oakland. You will be assimilated.

Just for fun on a slow Sunday, I posted this link in my bio to go and adjust the rankings of your favorite all-time Raiders (says Oakland but it includes the LA years). Enjoy and happy Sunday. Link in bio . . . . #rn4l #raiders #oaklandraiders #lasvegasraiders #raidernation 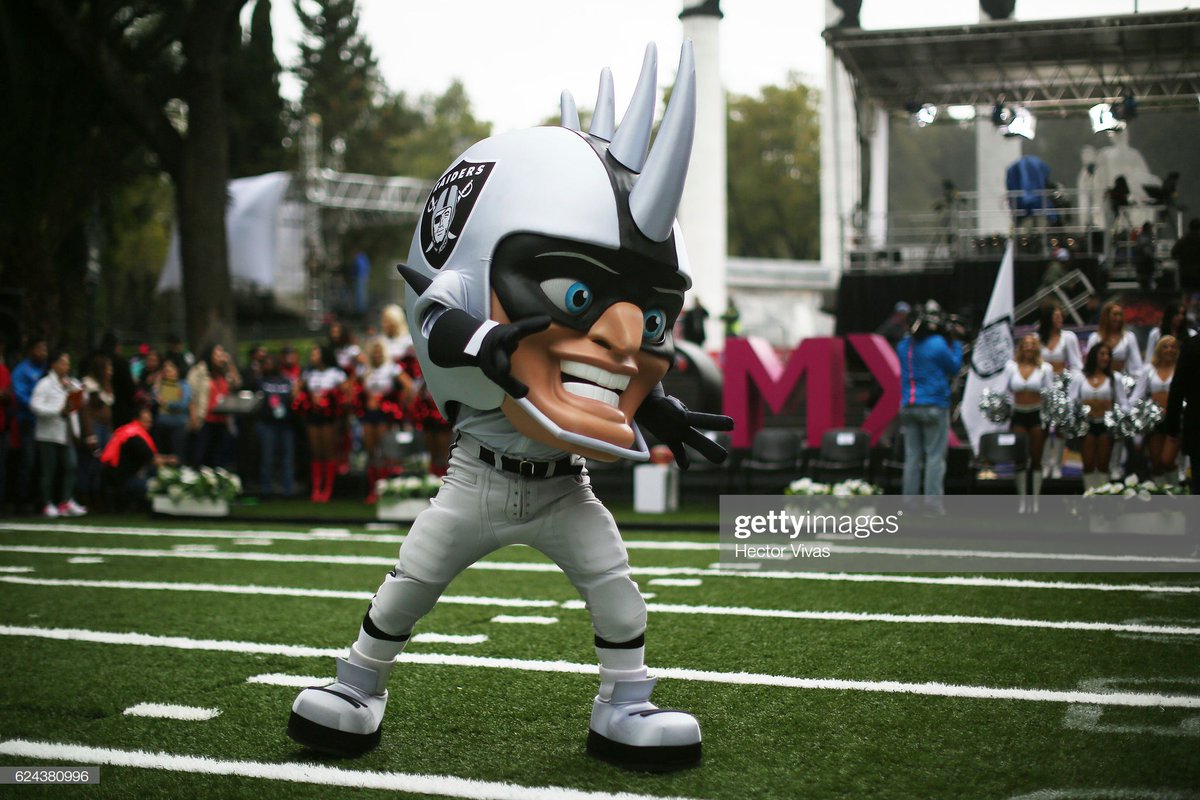 You’ll look even better with a Warriors jersey on bruh

Here’s the Top 3 free agents @bearsmilitia and I would like to acquire when free agency begins! What list best fits our teams needs? Who would you like to see come to Chicago? • • Comment below!

True Confession: when I was younger I did want to be a #dallascowboyscheerleader BUT that was before I fell in ❤️ with the #silverandblack #raiderettes #oaklandraiders

So Proud to be a #LasVegasRaiders fan been an Oakland Raiders fan for 15 plus years when I actually got into football its bittersweet but man I'm excited for our future #RN4L #Raidershttps://twitter.com/NFLMAVERICK/status/1229904642529734657 …

#gamewornwednesday again! Rich Gannon game-used Chiefs jersey piece from 2016 National Treasures, numbered 23/99. He was the MVP in 2002, so for me this small memorabilia is priceless, even if it is not a Raiders jersey piece. I hope more collectors will value game-worn/used in the future, I also like colorful player-worn patches, but those are just a part of the card's design. On the other hand, a game-used memorabilia is a piece of history. #richgannon #nflmvp2002 #chiefs #kansascitychiefs #vikings #minnesotavikings #raiders #oaklandraiders #nationaltreasures #centurymaterials #gameworn #gamewornjersey #whodoyoucollect #footballcards #thehobby #paniniamerica #sportscards #zcards86

Good we don’t want you

Y’all fw Chris Harris Jr to the raiders? Free agency is almost here and I’m hype to see how we handle it. Chris Harris Jr. is one of the more intriguing FA’s to me. He’s older but would be a great veteran presence on this defense and a good mentor for Trayvon Mullen. Plus he’ll probably come in for a little less money than someone like Byron Jones(I wouldn’t be mad to get him either) but also it would be nice to steal a good one from the DONKEYS!

A bridge above water would be a upgrade over Carr!!!! 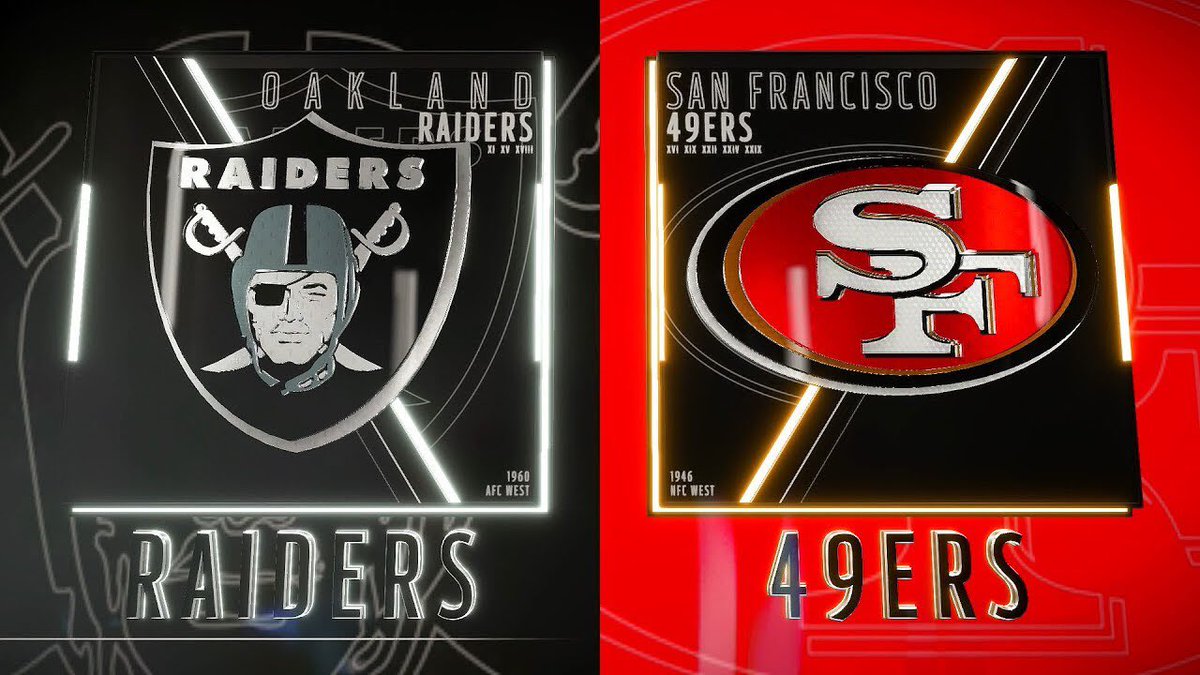 Oakland travels to the Bay to take on San Fran !! Kickoff up next http://twitch.tv/drizzy2828 pic.twitter.com/jBmW54omwZ