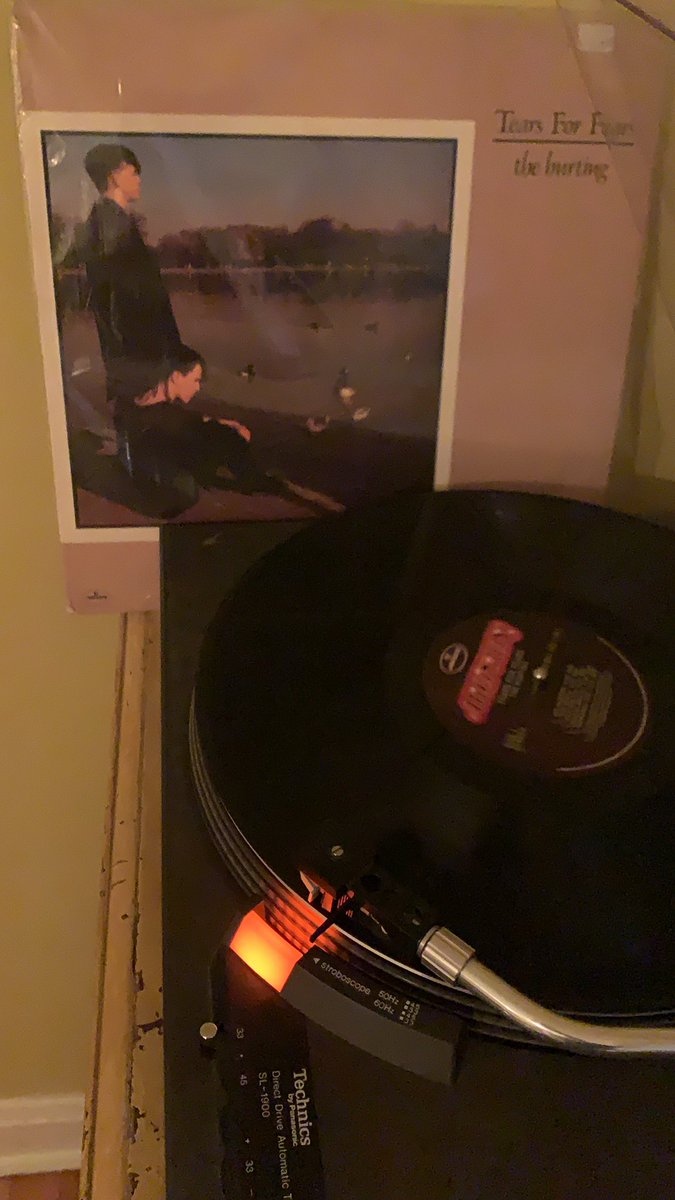 Dynamite Doo Wopps. This is a weird and interesting compilation series of late 50s early 60s Philly Doo Wop. Don't know the full story on these. Some great tracks, but they can't compete with the cover art. #NowZoning #Rambo #ThereIsNoYear

One of the most gratifying things for me as a record collector is finding a record that really impresses my dad. I found this a few months ago for a buck and when I mentioned it to him he was super impressed and said he was still looking for this one. I was shocked, as I'd assumed he already had it, but this one is definitely not one that comes up every day. Sometimes the vibe calls for freaky shit, sometimes mellow stuff, but sometimes, the vibe demands plain old bitchin' heavy rock giving your CR-77s a workout, and you can't do much better than this album for that. . Fun fact: my dad took me to see Paul Rodgers live at Waterfront Park when I was 13; he was playing as part of the Derby Festival. It was one of my first real concerts, and other than Dinosaur Jr. it was probably the loudest one I can remember. I obviously knew Bad Company from hearing them growing up (they're one of my dad's favorites), but by that time I was first getting into stuff like the Velvet Underground, so I probably wasn't as much on Rodgers' wavelength as I should've been during that show. But in retrospect, having gotten more into Free as an adult, having seen Paul Rodgers live is actually pretty damn cool. . . . #free #tonsofsobs #1968 #paulrodgers #andyfraser #paulkossoff #simonkirke #badcompany #cratedigger #cratedigging #ditc #dustyfingers #instavinyl #vinylvisuals #vinyligclub #igvinylclub #nowzoning #vinylcollection #recordcollection #vinylcommunity

DoNormaal - Third Daughter Believe it or not the PNW is blessed with an explosive, experimental, singular rap scene. This 2lp by the inimitable #donormaal is one of the most original and fully realized rap records I've heard here or anywhere. Its emotive, progressive, and fuck I'm running out of adjectives just listen to it. #6950 . . . . . #seattle #nowzoning #recordcollection #hiphop #pnwmusic #cranecityrecords #instavinyl #vinylgram #rap #albumartwork #record #recordcollector

Roy Montgomery - Scenes From the South Island reissued by Grouper. I practically wore out the cd, I listened so much. This album changed me, and looking back profoundly impacted how I wrote music. So glad this has reemerged. . . . . #nowspinning #nowzoning #newzealand #vinyl #droneon #recordcollection

Live on http://powerfm.org until 11 bells, vibes all the way with Christmas records! Couple of fab gifts and the records I bought when I should have been Christmas shopping 🤖 np: Domadana Kadodi performers - recording 1 #nowzoning #popolvuh

Highly horizontal action for the next two hours on http://powerfm.org, get locked in and vibed out. np: ocean youth club - a and b #nowzoning #vibes #recline #softfurnishings

#NOWZONING Deniece Williams - This Is Niecy (1976)

Been playing a few wild cards lately so thought I’d throw things back to an old classic 🥫 Think I’ll forever love Krautrock, not only do I still love it and the fact that it led me to the other genres I cherish most today it was also my first dive into music history. I always made a point to find everything I could about whatever musicians I loved when I was younger and naturally that came with what influenced them but it wasn’t until I got into Krautrock that I became obsessive about cultural influences on music which opened a whole new can of worms. Always particularly fascinated by music created in/just after war zones - makes sense really, that out of such hardship and chaos something heartbreakingly beautiful comes out of it. Even without lyrics, there’s always so many emotions riddled in, quite special really. I’m probably missing some glaringly obvious favourites right now (went out for drinks with all my old college pals last night so feeling a little 🐸) BUT I thinkkkk all my long-standing favourites are from musicians that rejected the standard westernised view of music 🤔 hmmm, might have to get back to you on whether that’s 100% I should probably write a list or something 🤷🏻‍♀️ in my head I thought this account would be nice to look back on when I’m older but in reality it’s probably going to be pretty painful to read 😅🦆🙇🏻‍♀️ Thoughts on this album specifically - 👌🥰🔥 I never seem to tire of it! Suits all my moods really (besides anger but I only get angry maybe once every ten years?) so all things considered it’s a very useful album to have in a collection 👍 I was particular fond of it as a teen when I was just a big ball of hormones and every feeling was a physical ache. Boy I don’t miss those times, blame the contraceptive pill for most of that though, basically all the girls were made to go on them way before we were even having sex but they’re so messed up. Can’t believe the difference when I stopped, crazy how much control they have on your emotions/thoughts. Ugh what why am I even talking about this 🙄 enough rambling for today gonna make some food 🍝 #can #futuredays 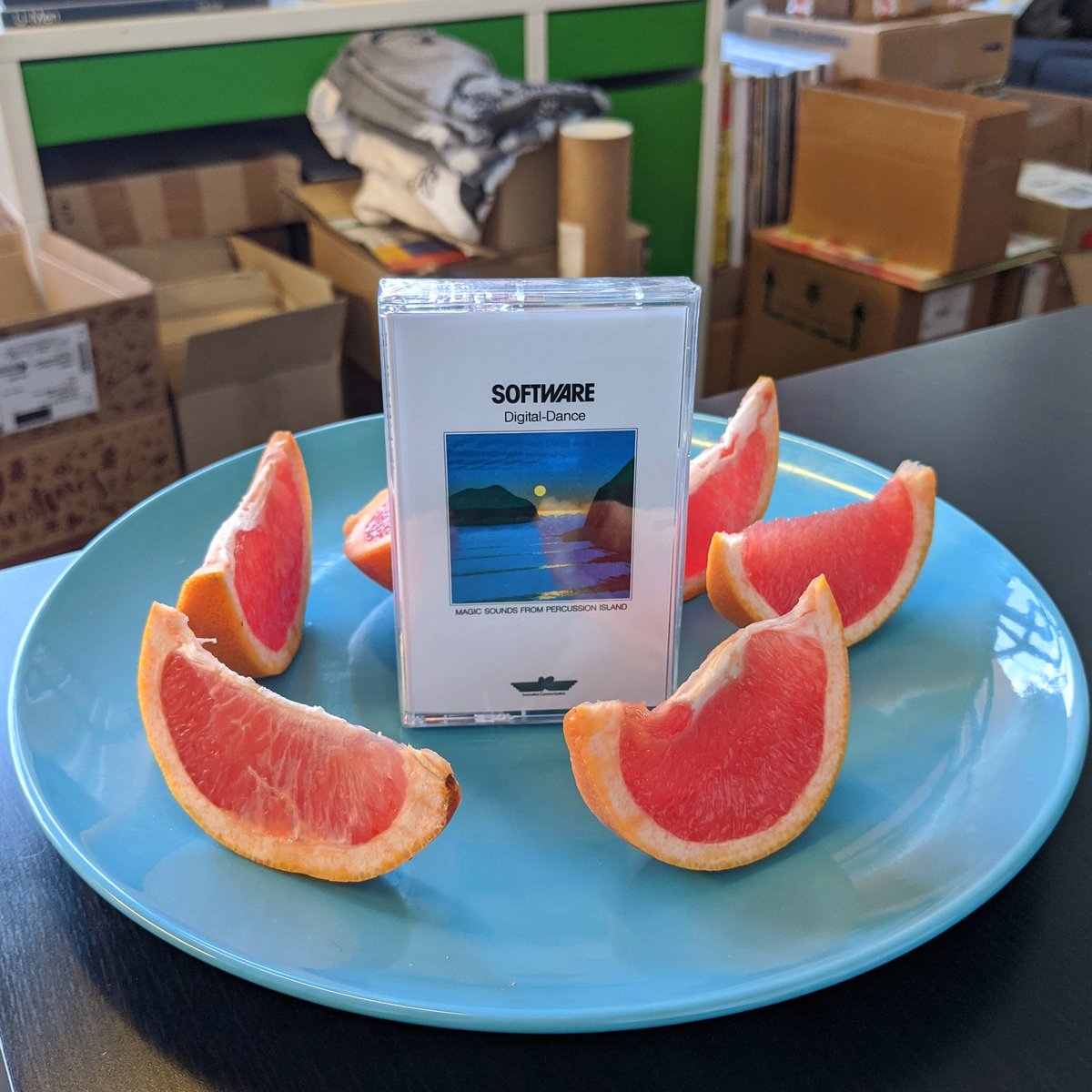 I gots some gorgeously hideous skulls waiting in line to become dark decorations for your skin and soul Jerusalem ! Tel Aviv ! Don't sleep on it #nowzoning #flashtattoo #traditionalflash 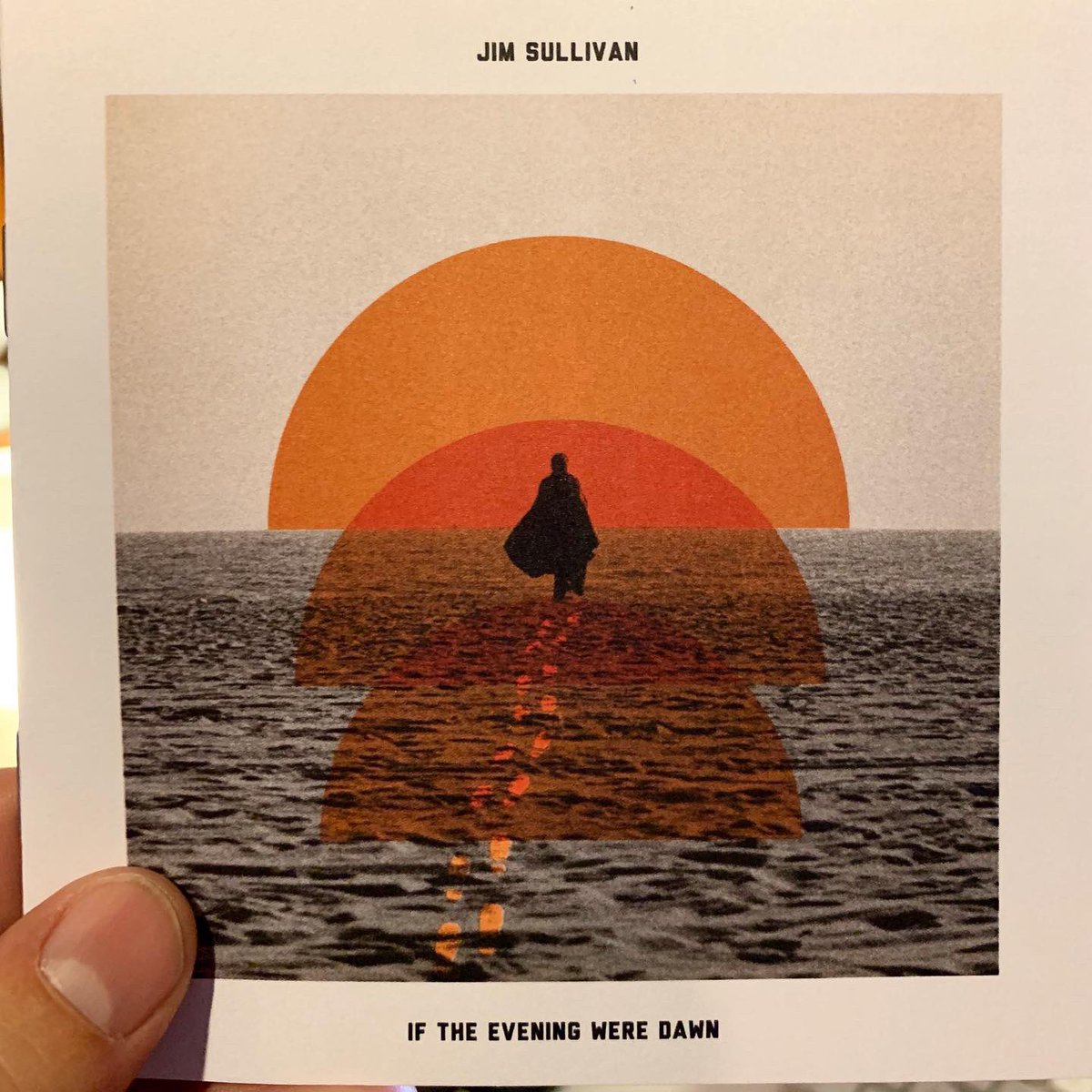 LOOKS CHILL *IS NOT #nowzoning

💗🌚 Kevin!!🌝💗 I usually reserve these matchy posts for jazz albums only - to keep this less structured but I love Kevin so much I changed into his shirt anyway 😅 it used to be metallic silver foiled but it’s that old now most of it has worn away 🌀 This was the album that triggered my Kevin infatuation and actually made me give soft machine a chance (they’re not bad, just the solo paths are much more my thing 👌) it’s a pretty close call if I had to list SM solo favourites but I think Kevin shoots that little bit higher over Wyatt in my books (Daevid Allen of gong third) It was also Kevin that got me into the whole flamboyant British intonation thing so many had going, found it super off putting when I was younger, think because it was too close to the sound of everyone I hated at school 👍 I was a wee teen when I first got into him, it was during my intense glam rock phase (lol) but I’m happy to say he’s one that stuck with me 👏 It’s a mix of an album really, some super beautiful songs and some random improv(ish) type songs that I find funny more than anything, it’s definitely not improv I’d usually listen to, seems like he’s just messing about for fun 🤷🏻‍♀️ On a whole it’s a pretty relaxing album, I always associate it with France after hearing the French covers so if anyone finds themselves strolling the streets of Paris on their own around sunset time but don’t want to be too cliched this one comes with a high recommendation 👌✨ Can get a little on the proggy side of things at times, I’m not too big on the guitar side of things on this but the songs that are good far outweigh the ones I’m still meh about 👍 #kevinayers #kevinayersandthewholeworld #shootingatthemoon

of Montreal - Hissing Fauna, Are You The Destroyer? (2007, #polyvinyl ) This universally acclaimed psychadelic pop record defined an era of Kevin Barnes then decade old project. This 2lp picture disc edition particularly showcases David Barnes singular artwork. Its one of my favorite oM pressings! Anyone familiar with oM knows that Davids art is an integral part of the bands style and the legendary performances they've been putting on for more than 20 years. . . This New Years was my 8th or 9th time seeing their incredible show (pictured here,) and with new material on the way 2020 is going great :) #ofmontreal #psychedelic #albumcover #albumart #recordcollection #vinylcollection #instavinyl #nowzoning #devotionalmusic

Highly horizontal action for the next two hours on http://powerfm.org , get locked in and vibed out. np: ocean youth club - a and b #nowzoning #vibes #recline #softfurnishings @ Cabra, Dublin https://www.instagram.com/p/B7ouUkTHUFe/?igshid=1g2jtidtts9h9 …

Shout out to Naut Humon. \m/ Dude was on some weird wild sh*t in 1984 #nowzoning pic.twitter.com/EoxAuNACNv

Peter Green “The End Of The Game” 1970 Reprise Records - RS 6436 I’ve been fortunate to find some fantastic records in the past year, but of all of them I’d say this is the one that gets played the most. Got a brand new reissue of it back in October and just found this used copy a few weeks ago. Not sure if it’s the scratches, worn in grooves, pressing, beater sleeve.. whatever - this used copy is the way to hear it! The music is psychedelic, searching, groovy, and dynamic. It’s a total slammer you want to hear over and over again - couldn’t recommend it enough and puts all those stupid expensive records to shame 🤘🔥 #rekkids #records #vinyl #music #vinylcollector #vinylcollection #vinylrecords #vinylcommunity #nowplaying #nowspinning #nowzoning #petergreen #fleetwoodmac #theendofthegame #repriserecords #alexdmochowski #nickbuck #zootmoney #godfreymclean 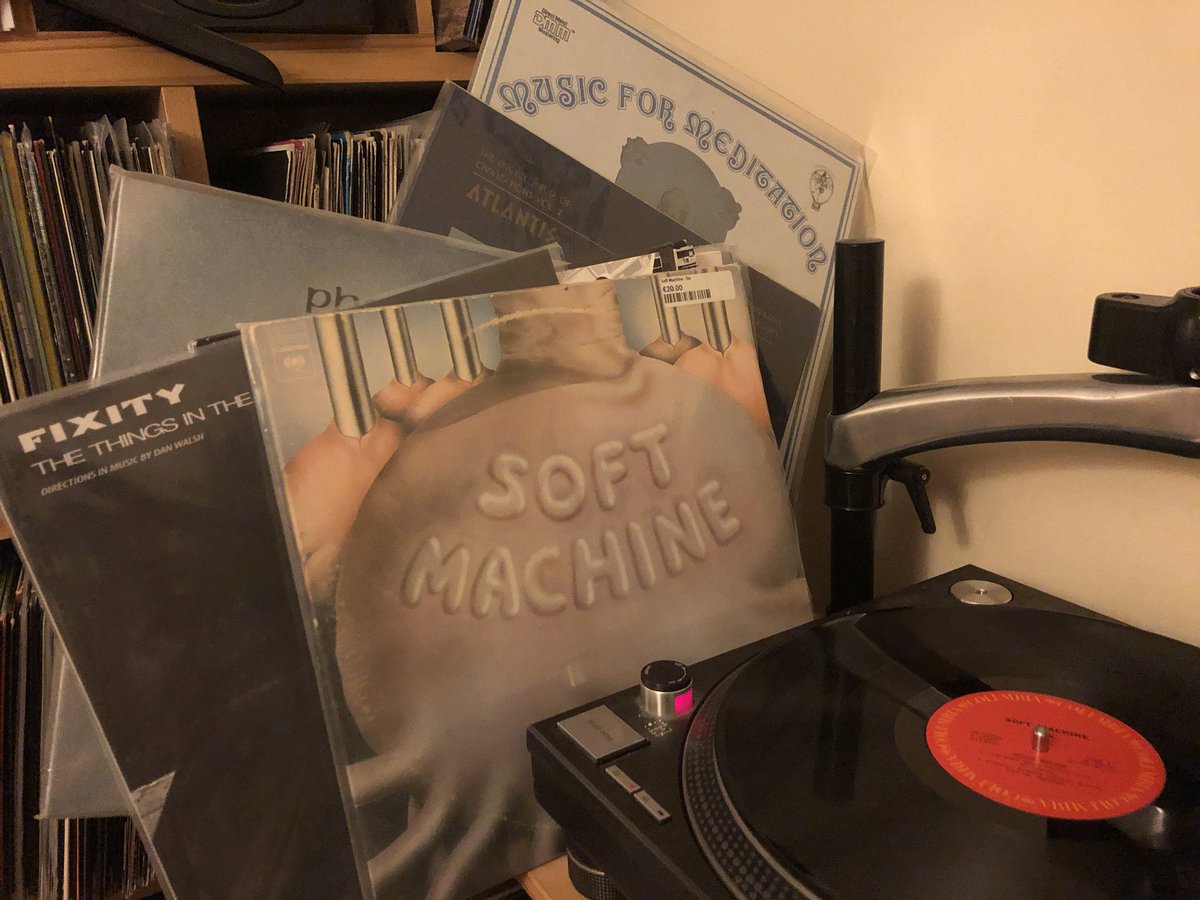 Live right now on http://powerfm.org  until 11 bells, all manner of sounds to help transport you to another dimension, for a bit anyway. Get locked in. np: Fixity - Blue Paint #nowzoning #vibes #endlesspic.twitter.com/vDJB0lgM7d