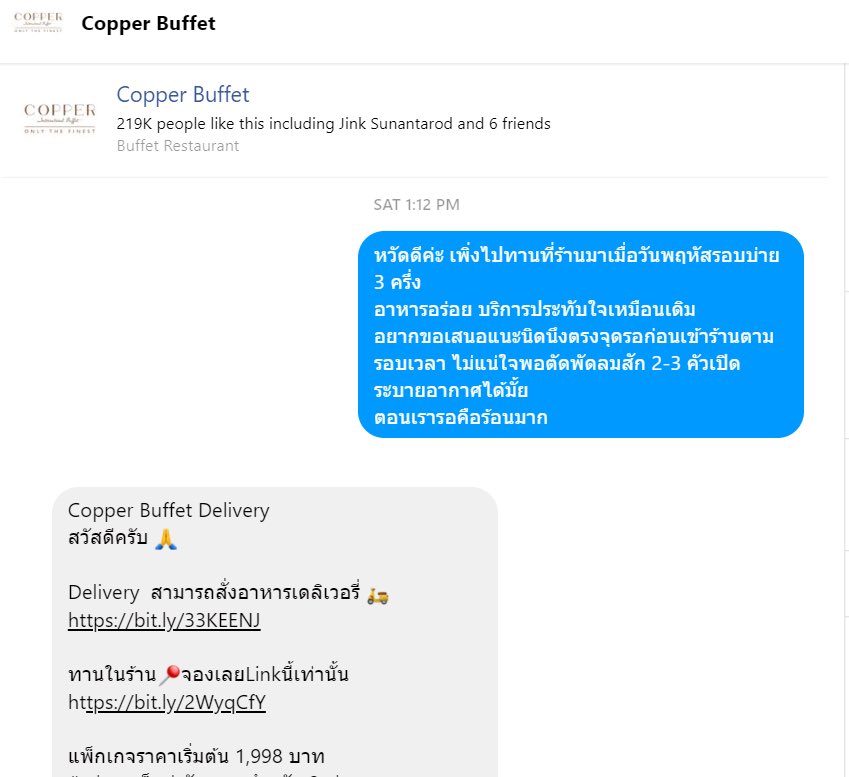 If you haven't seen this film you can catch it on @hulu! A Taxi Driver (2017) is about a widowed father and taxi driver who has to take a foreign reporter to Gwangju, unaware that Gwangju is under lockdown b/c of student strikes and violent riots. It is a very compelling story and the lead is played by Kang-ho Song who starred as one of the lead protagonists in Parasite. I highly recommend this film. Rating: 5/5. #KanghoSong #ATaxiDriver #2017 #Action #Drama #History #Film #moviegeek #FilmGeek #movielover #cinephile #brave #quarantine #watch #movies #cinema #foreignfilm #foreign #southkorean #historicaldrama #movie

The future of moviegoing post lockdown has many questions. Check out my latest video on my YouTube Channel: The Movie Canon. Link is in profile. I am joined by my cousin Bryan as we talk about what going to the movies might look like post lockdown and if theaters will actually open in July. Will TENET open as scheduled? If so, do you feel comfortable going? We ask these questions and give our input. Check it out! #movies #moviefan #movielover #moviejunkie #smallyoutuber #smallyoutubers #tenet #tenetmovie #mulan #christophernolan #christophernolanfilm #covid19 #coronavirus #moviespostlockdown #themoviecanon #moviebuff #filmbuff #smallyoutuberarmy #goingtothemovies #movienight #movienews #moviecommunity #movienerd #movietime

#gulabositabo looks like a quirky, eccentric , and an intriguing story with our favorite actors @amitabhbachchan sir and @ayushmannk ! Amidst the national lockdown due to coronavirus pandemic , this movie became the first film to skip the theatrical release and go straight to OTT platform. Directed by @shoojitsircar , the slice of life comedy drama is about the bickering and banter between a tenant and a landlord . So, looking forward to watching the film only on @amazon Source: zoom entertainment #amitabhbachchan #ayushmankhurana #shoojitsircar #amazonprime #newrelease #movielover

I think people have slowly come around to this movie and I’m glad. It’s underrated because everyone was expecting Michael Myers. I hear tell that Halloween was supposed to be a once a year movie with different stories each year...like AHS, but that did not work out. I was one that hated this movie when I walked out of the theater. Today, it’s in my Halloween lineup and I actually skip all others until H20. Shhhhhhhhhh 🙂Gotta have Jamie if you have Michael IMO. Give it a watch. Or re-watch. . . . #hollywood #actorfreddietate #yaabass #blackactor #workingactor #actorslifestyle #actingcareer #actor #actorlife #movielover #actors #acting #actorsaccess #veteran #actorsofinstagram #vmeconnect #imdb #actingislife #cinephiles #actorslife #actorsworld #entertainment #backstage #underratedcrunch

With @kalyanimalik31 one of the best music director in Tollywood. He is from Kovvur, W.G District (my native place) At the time of jyo achyutananda pre release event . #prereleaseevent #jyoachyutananda #hyderabad #2k16 #movielover #happy #kind #throwback #memories #enjoy #westgodavari #kovvur

Somewhat Random Movie Collection (2020): Movie 101 - Undercover Brother After my wife goes to sleep I will probably watch Hellraiser: Deader, but - with the marathon on hold - I present the film that I remember being quite funny, but often gets overshadowed by the superior Black Dynamite: Undercover Brother. As stated above, I remember really enjoying my time with this and picked up a copy from Savers for four bucks. While I haven't seen this since my initial viewing, I am sure that it is worth four dollars. Anyway, have you seen this? What did you think? Is there a person standing behind you? Let me know down below. Until next time, this has been Somewhat Random Movie Collection buying things, because I find them cheap. Take care, I love you all and be excellent to each other.

#leonardodicaprio has worked with the best directors and gave us the best films. Don't you agree?!

Bad Trip is a #2020 Comedy that is mix of a scripted road trip comedy and a real hidden camera prank show. It follows the outrageous adventure of Chris and Bud who embark on a cross-country road trip to New York City, to find Chris's high school crush. I wasn't sure what to expect for this one, i never saw any of the trailers and i only saw 10-ish episodes of The Eric Andre Show which this is kind of based on. The whole prank genre in general isn't really my bag, baby(sorry I've been watching Austin Powers) but after re-watching Bad Grandpa and finally seeing the Impractical Jokers show, i figured i was ready to see this one. Honestly when it first started i was like this is alright, then it quickly entered cringeworthy Prank zone and i was totally out, but a couple minutes later a hilarious musical dance number broke out and the movie got me right back. The movie is incredibly simple and i would compare a lot its humor to that of Between Two Ferns, extremely deadpan but at the same time over the top. Some of the jokes and reactions are hilarious, though with all things in this style some of it is cringey and it pushes some pranks way too long. The directing fully understands what this movie is and its comedic timing and i can appreciate that enough, especially when you consider what they had to do to carry any sort of narrative throughout this. The cast has basically only four real actors Eric Andre, Lil Rel Howery, Tiffany Haddish and Michaela Conlin who are all funny. In the end this movie may not be one of the greats but in this weak ass year it really truly surprised me, its funny, its weird, its entertaining and its short. 6.25/10

REVIEW - Probably The Worst Entry In The Most Promising Franchise................ SYNOPSIS - Quinn, a young girl, reaches out to a powerful psychic to help her contact her recently-deceased mother. However, her plan backfires when an evil spirit makes Quinn a host and hurts her physically. THOUGHTS - Leigh Whannell did an impressive job this year with Invisible Man. But years before, he also placed himself in director's chair for one movie - Insidious Chapter 3. To be honest, I had high hopes for this third chapter after outstanding previous entries. But it was nothing more than a monstrous let down. I don't understand but there's actually something wrong with prequels/spinoffs. Not criticizing each of them but most of them just end up ruining everything. Insidious Chapter 3 had so many issues right from the beginning. The ending was predictable, the story wasn't good at all and one of the serious issues with this one is that there's nothing new in it. That's how it fails at an extreme level. Might not be the worst horror movie you've ever experienced but might be the biggest disappointment ever. RATING - 🌟🌟 #insidious #insidious3 #leighwhannell #jameswan #horror #horrormovies #movies #movietalks #moviejunkie #movierecommendation #horrorcinema #movies🎬 #cinema #cinephilecommunity #cinephile #disappointment #moviebuff #hollywood #hollywoodstudios #primevideo #prime #film #movielover #filmjunkie #moviecritic #critic #podcast #followforfollowback #likeforlikes #lockdown

Sonic the Hedgehog (2020) Based on the global blockbuster videogame franchise from Sega, SONIC THE HEDGEHOG tells the story of the world's speediest hedgehog as he embraces his new home on Earth. In this live-action adventure comedy, Sonic and his new best friend Tom (James Marsden) team up to defend the planet from the evil genius Dr. Robotnik (Jim Carrey) and his plans for world domination. The family-friendly film also stars Tika Sumpter and Ben Schwartz as the voice of Sonic. MY RATING + REVIEW 9/10 I thought this was a cute family movie, with Jim Carrey being the best part of it, he's absolutely hilarious. This is a fun movie for kids and adults. #SonicTheHedgehog #Sonic #Comedy #JimCarrey #JamesMarsden #Movie #Movies #MovieBuff #MovieLover #Film #FilmBuff #FilmLover #Review #Reviews #Reviewer #MovieReview #MovieReviews #MovieReviewer #FilmReview #FilmReviews #FilmReviewer

Goddamn this shit was painfully bad. The story is trash, it’s not funny and Lauren Lapkus will make you want to punch babies. She’s just horrible in every way and beyond the most annoying human alive. David Spade might as well not even been in the movie, cardboard cutout would have had more screen presence. Out of the whole movie I may have chuckled 2 times, Not much else to say other than just don’t waste your time 16/100 #thewrongmissy #netflix #badmovies #comedy #trash #netflixmovies #saturdaynight #movienight #movie #movies #film #films #movielover #worstmovie #notfunny #bad #saturday #netflixoriginal #moviereview #moviereviewer #moviereviews #quarantine #quarantinelife

The Joker Movie Was Good! It Was A Little Boring For Me In The Beginning But I Loved The Middle And End. @joaquinlphoenix Did A Good Job Playing The Joker. I Give This Movie 4 ⭐️⭐️⭐️⭐️ #joker #movie #jokermovie #movestagram #movielover 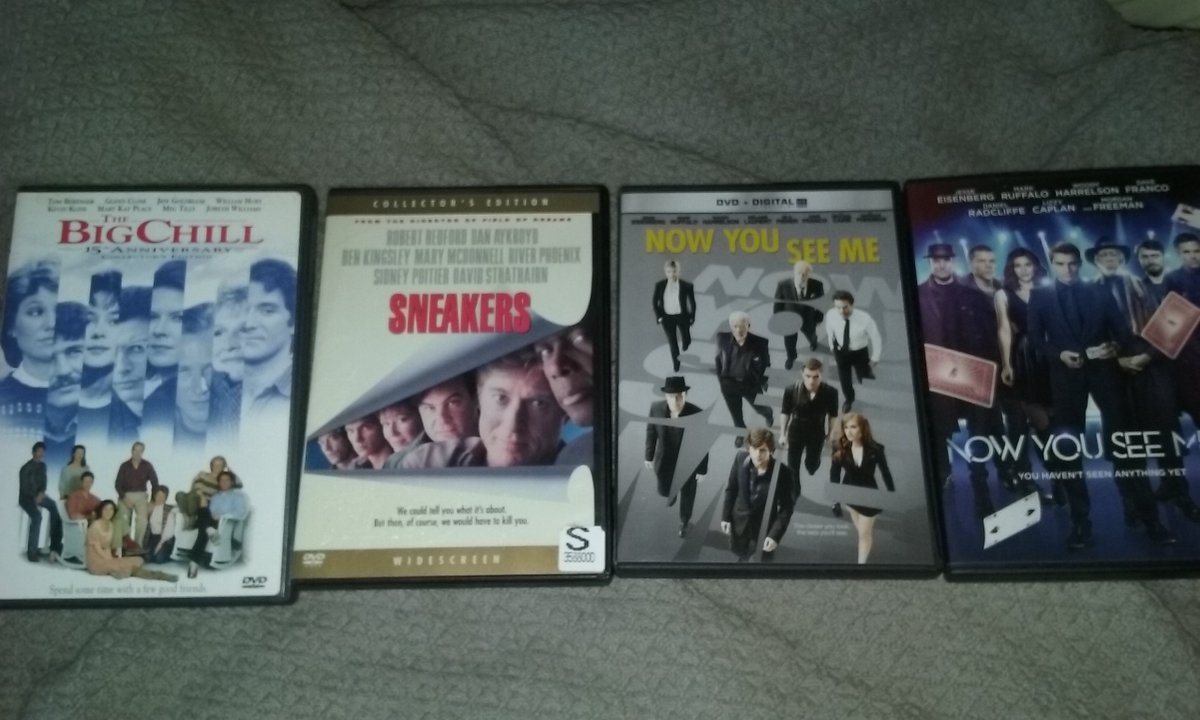 Since the last two #movies I watched before yesterday were #Oceans13 and #TheItalianJob, I decided yesterday's theme would be: #EnsembleCasts And since it was mentioned recently, it was another excuse to watch #Sneakers again. @dannydinosaur #MovieLover #DVD #collectionpic.twitter.com/gOPUv0F1ki

A Hollywood Minute . . Stan and Ollie can’t stop laughing in LEAVE ‘EM LAUGHING in 1928 as they exit the The Culver Hotel. The STARSKY and HUTCH “Snowstorm” shot on the right, during the 1970’s, shows the rundown appearance of the hotel just prior to Starsky and Hutch ducking behind the car after hearing gunshots being fired. . . Produced by @foozaro Hosted by @stevenszydlo

Titli Director - Kanu Bahl Cast - Shashank Arora , Ranvir Shorey , Shivani Raghuvanshi , Amit Sial Lockdown Recommendation - 9 This film is set on the outskirts of Delhi, where a young man, Titli (Shashank Arora) finds himself as a part of a violent car-jacking brotherhood. He plots a desperate bid to escape it all, but his schemes are prevented by his unruly brothers ( Amit Sial and Ranvir Shorey) , who marry him off against his will. Titli later forms an unlikely bond with his new wife( Shivani Raghuvanshi) , who has her own dreams and aspirations. What comes next will keep you glued to your screens as you get sucked into Titli's life! This film’s authentic take on Delhi’s underbelly makes it a perfect fit to watch . Plus every actor has given superlative performances that you wouldn't want to miss . Titli is available on Amazon Prime Video . #thefilmyduo🎬❤️ #shashankarora #ranvirshorey #shivaniraghuvanshi #amitsial #yashrajfilms #yrf #titli #lockdownlife #quarantinestories #amazonprime #movielover #movielovers #writersoﬁnstagram #loveforcinema #kanubahl #dibakarbanerjeeproductions #dibakarbanerjee #delhi #stayathome #stayhealthy #bingewatching #hindifilm #bollywoodactor #bollywoodmasala #keepwatching #moviebinge #2020