Relationship aren't rocket science, If you had find you thinking about it a lot, analysing it, it's over. - Tiny Furniture . . . . . #moviequote #movielines #quotesdaily 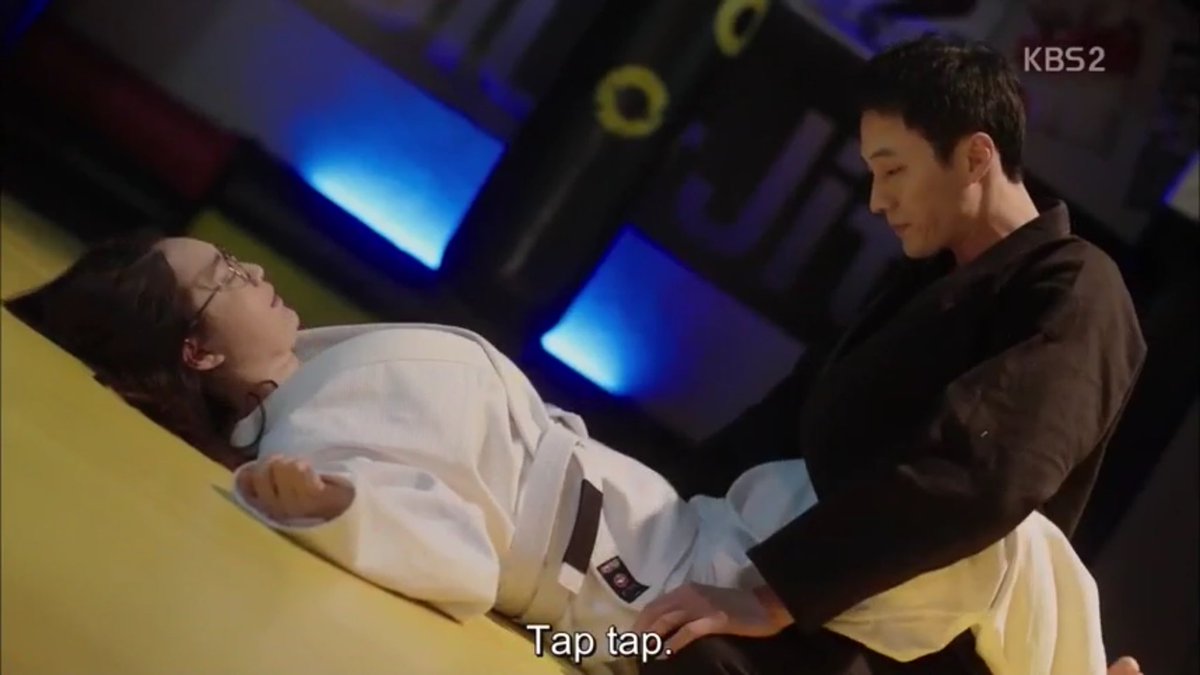 Spider-Man: Into the Spider-Verse (2018) Weirdly enough I was watching this movie and this particular scene when I decided to quit my job. Do tell us about a scene from any movie where you got very much inspired. Turn on post notification if you don't want to miss any of our post. (Click on Following > Notifications > Post)⠀⠀⠀⠀ .⠀⠀⠀⠀ #movielovers #bestmovieever #movielines #movielovers #movieclips #bestmovielines #thesolace #screenwriting #moviescenes #bollywood #hollywood #sitcom #tvshowedits 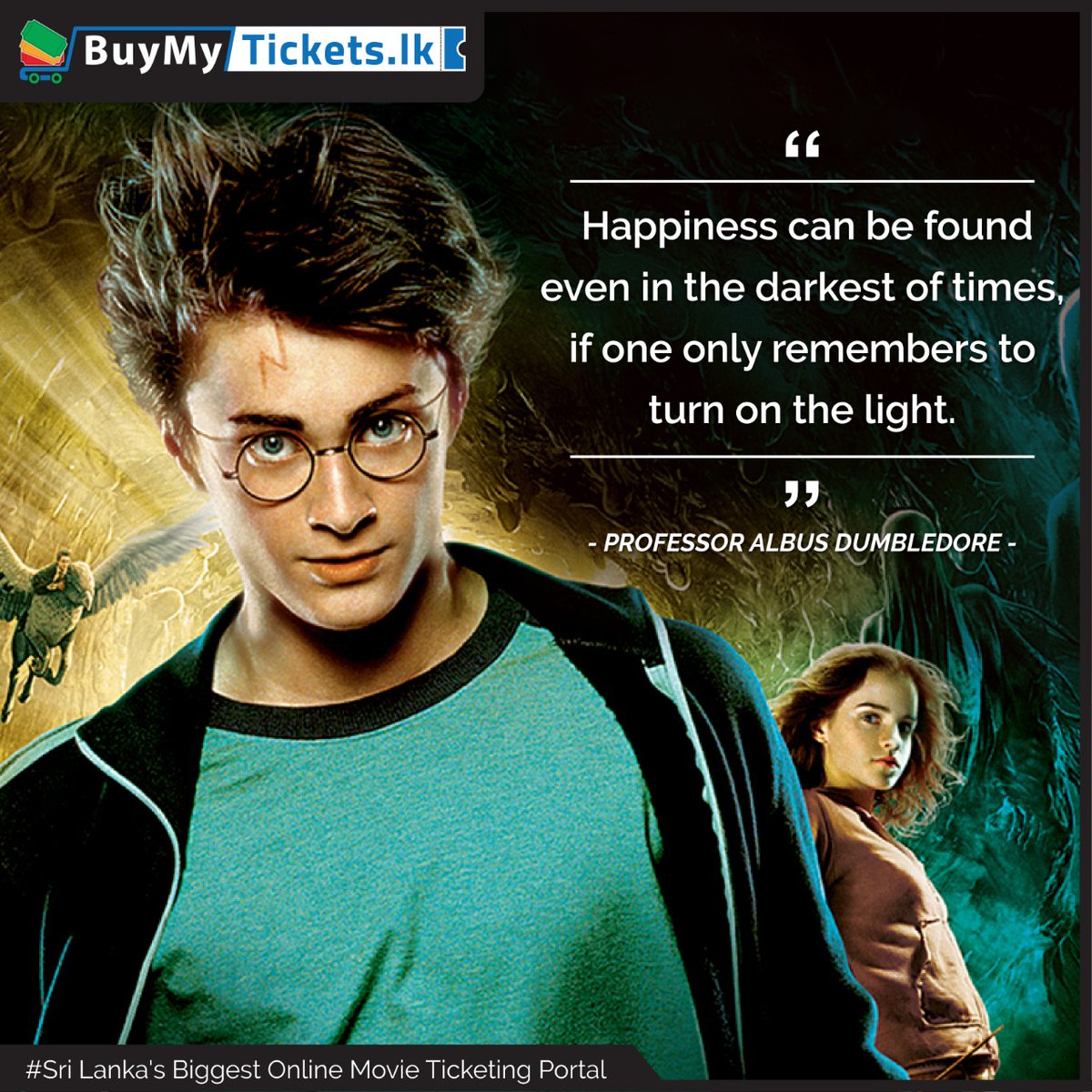 It can be difficult to try to see the lighter, more positive side of a dark situation, but it's important to try to look for it anyway. Your happiness depends on it. #BuyMyTickets #harrypotter #movielines pic.twitter.com/aNDHKowupr

Did you know that THE DEA HELPED OUT, AND EVEN TAUGHT BRYAN CRANSTON AND AARON PAUL HOW TO COOK METH. • Because of the subject matter, the show’s creators thought it was only right to inform the Drug Enforcement Administration (DEA) what they were making—and welcome their help. “We informed them—with all due respect and consideration—that we’re doing this show, and ‘Would you like to be a part of it in a consultancy in order to make sure that we get it right?’” Cranston told High Times. “They had the choice to say, ‘We don’t want anything to do with it.’ But they saw that it might be in their best interest to make sure that we do it correctly. So DEA chemists came onboard as consultants and taught Aaron Paul and me how to make crystal meth.”

Sometimes I want to throw all the rationality out of the window and just ask life that why did it happen to us. Sometimes I want to just think of a world where we were together, where I didn’t feel how I felt, where I was a better person, where you saw me, where we got married, where you made me breakfast, where you picked me from work, where we got our own house, where we had a room for me to storm off and where you wouldn’t let me sleep in that room, alone. I want to think of a place where I didn’t have to spell out my pain, where you actually did spell out your angst. When I think of us, I feel as if no one in this world could love like that, and yet, we’re the ones who aren’t together. Sometimes I feel like I won to have experienced a love like that and defeated to have lost it. words @dustbinjournal 💛 lemme know what you think about this movie in comments Comet (2014) IMDB - 6.8 dir. Sam Esmail This movie is about romantic mood❤️, conversation💑 and connecting👫. The acting, directing, cinematography and lighting, editing, and soundtrack🎵 are gorgeous. The film is aesthetically beautiful to look at and listen to🎶, so much so that it almost hurts💔. But the real star in this movie is Sam Esmail's writing📝. The script was full of memorable quotable quotes and eloquently-worded sentiments throughout.  This movie was presented like a puzzle, the 6-year long relationship of Dell and Kimberly are flashed but not in a chronological manner. As Justin Long's character says at one point: "you should see our relationship as a painting🎨; it doesn't have a beginning, a middle and an end." . . #cometmovie #emmyrossum #justinlong #ericwinter #kaylaservi #kimberly #movielines #filmquotes 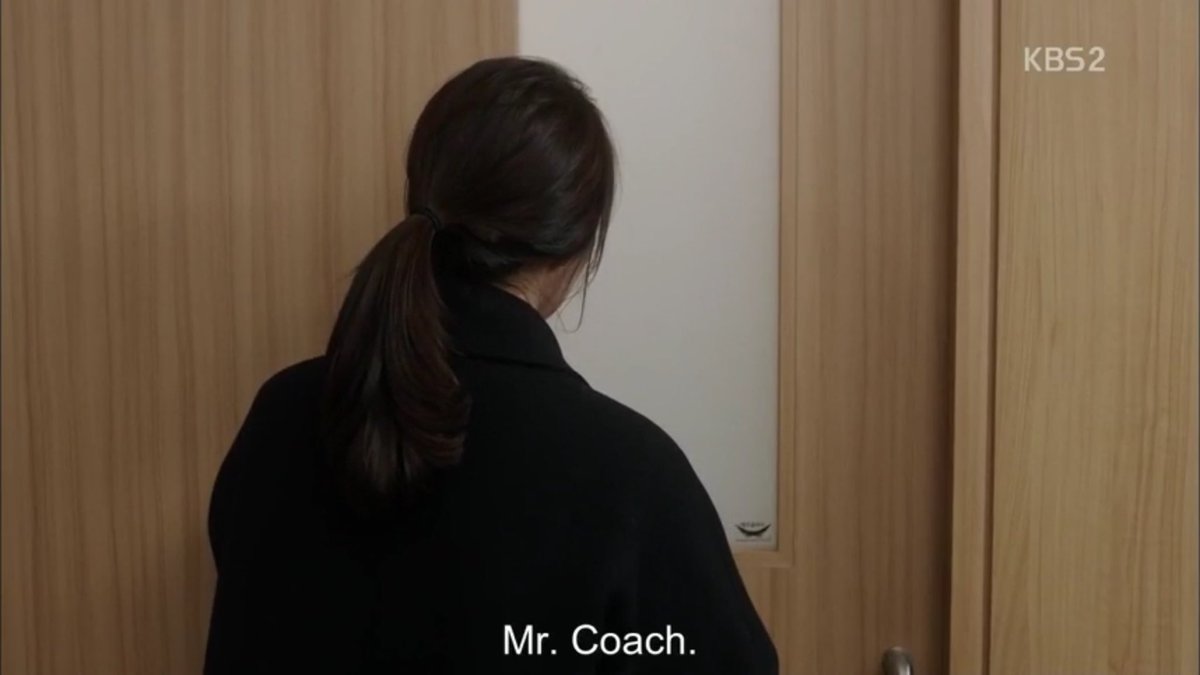 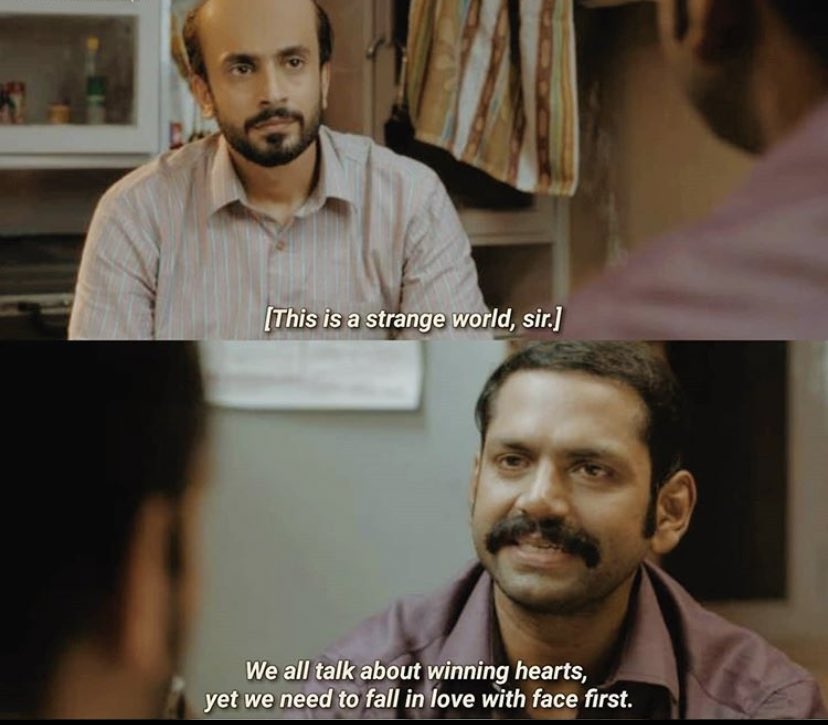 Hi everyone, here’s new video on “10 Best Sci-fi Tv Series”. All Shows are must watch. Please watch the video here: Don’t forget to subscribe the channelhttps://youtu.be/hlqXygiXgc8

DISTANCE WILL NEVER CHANGE THE DYNAMICS OF A RELATIONSHIP IF YOU TRUST YOUR PARTNER. IN THE THIRD SEASON DHRUV AND KAVYA FACES THE HARDSHIP OF A LONG DISTANCE RELATIONSHIP. IT IS SAID THAT DISTANCE MAKES THE HEART GROW FONDER BUT WHAT IF IT MAKES THE HEART WANDER? LONELINESS IS A BIG THEME THIS SEASON, AND IT ISN'T ALWAYS THE KIND OF LONELINESS THAT COMES FROM STAYING APART. KAVU'S EMOTION STILL GET THE BETTER OF HER AT TIMES, AND BUT HER MATURITY SHOWS DURING ARGUMENTS, WHERE SHE'S OFTEN ON BACKFOOT, TRYING TO DEAL WITH ANGRY DHRUV, TRYING TO WORK THROUGH THEIR PROBLEMS INSTEAD OF EXACERBATING THEM. . KAVU AND MOMO REAFFIRM THEIR TRUST IN EACH OTHER AND AGREE TO FACE THE CHANGES IN THEIR LIVES TOGETHER EVEN IF THEY ARE PHYSICALLY APART.NEVERTHELESS, IT WILL STILL BE INTERESTING TO SEE DHRUV AND KAVU GROW OLD TOGETHER AND DEAL WITH THE GROWING PAINS THAT PROCESS BRINGS. . LITTLE THINGS WAS NEVER A HEAD OVER HEELS ROMANCE STORY, NOR IT WAS SOBER DECONSTRUCTION OF LOVE. IT TAKES PLACE IN THE MIDDLE, LIKE MOST LOVE STORY IN REAL LIFE, AND THATS COMFORTING TO WATCH. . NO MATTER WHAT HAPPENS BIRYANI MONSTER AND MOMO WILL ALWAYS BE THERE FOR EACH OTHER. . By - ankita(@ankitaanupam) . Series: little things S03E03 #rectangle @sehgaldhruv90 @mipalkarofficial #netflix #movie #movielines #series #seriesnetflix #life #littlethings 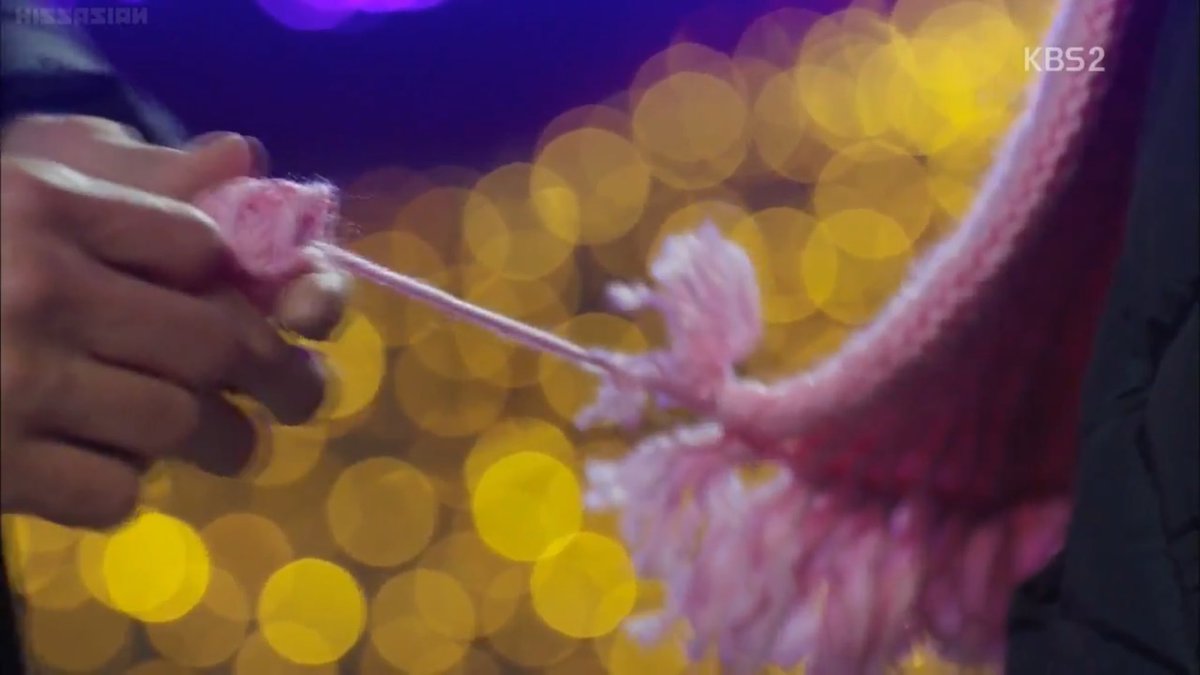 Running through the Louvre.❤️⠀ tag your friends/partner in crime👇🏼 @loveandmelancholy lemme know what you think about this movie in comments The Dreamers (2003) IMDB - 7.2 dir. Bernardo Bertolucci This movie📽 is Bernardo Bertolucci's bizarre and fascinating distillation of the radical '60's mentality. It disturbs you, sometimes so deeply that you want to run away. But it is so real that you can't stop watching. And as you watch it, your view of the world changes a little. . . #thedreamers #evagreen #michaelpitt #louisgarrel #annachancellor #floriancadiou #bernardobertolucci #frenchcinema #movielines #filmquotes 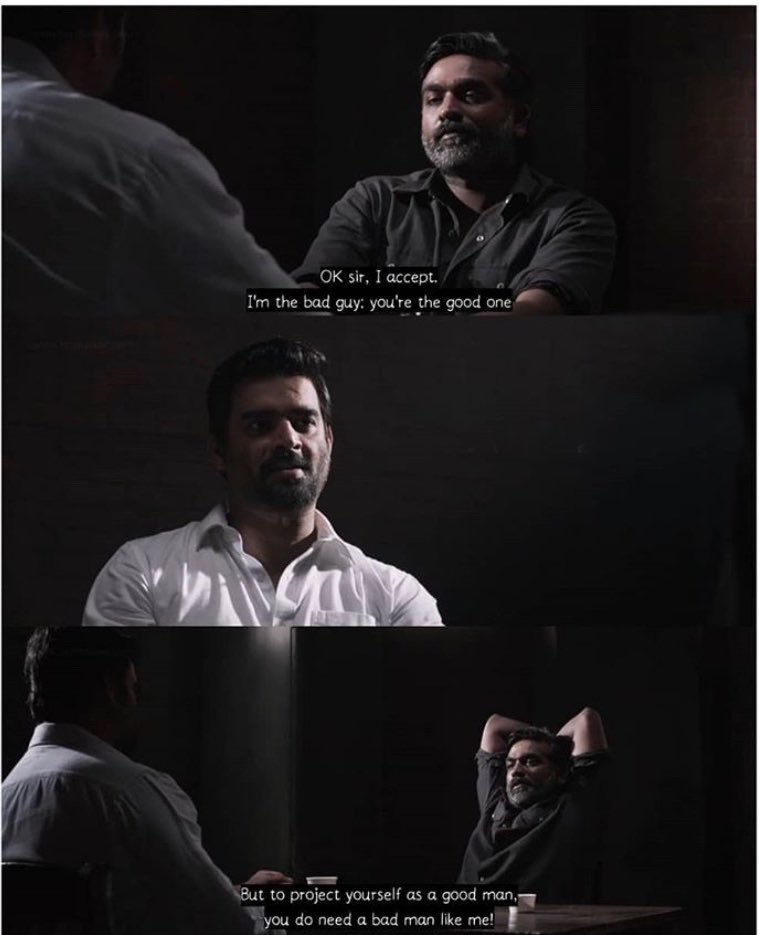 12 Angry Men 🎬 . . . . It is one of those movies that leaves an impression on you.This movie pushed me to watch more movies from the B&W era. Fact that we don't even get the names of the characters,because it's irrelevant to the story is enough to amaze you. . . . #12Angrymen#movies#cinema#blacknwhite#film#henryfonda#retro#movielines#classics 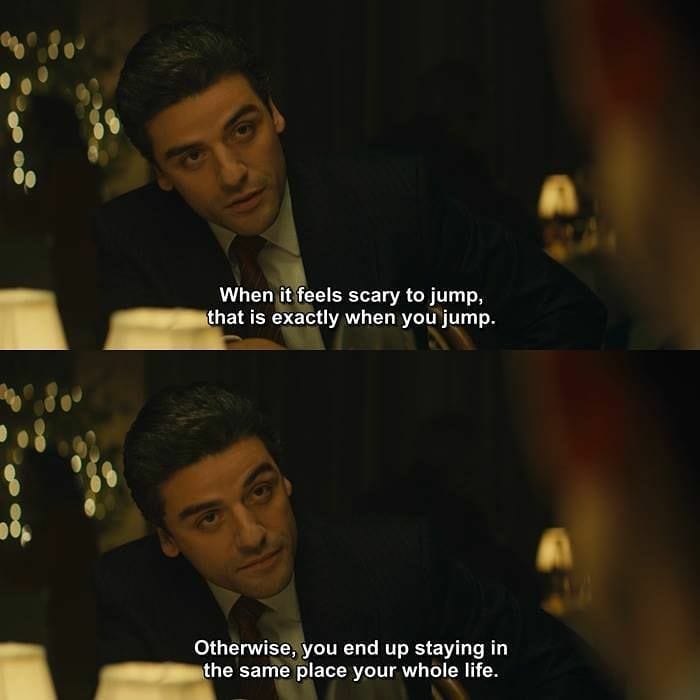