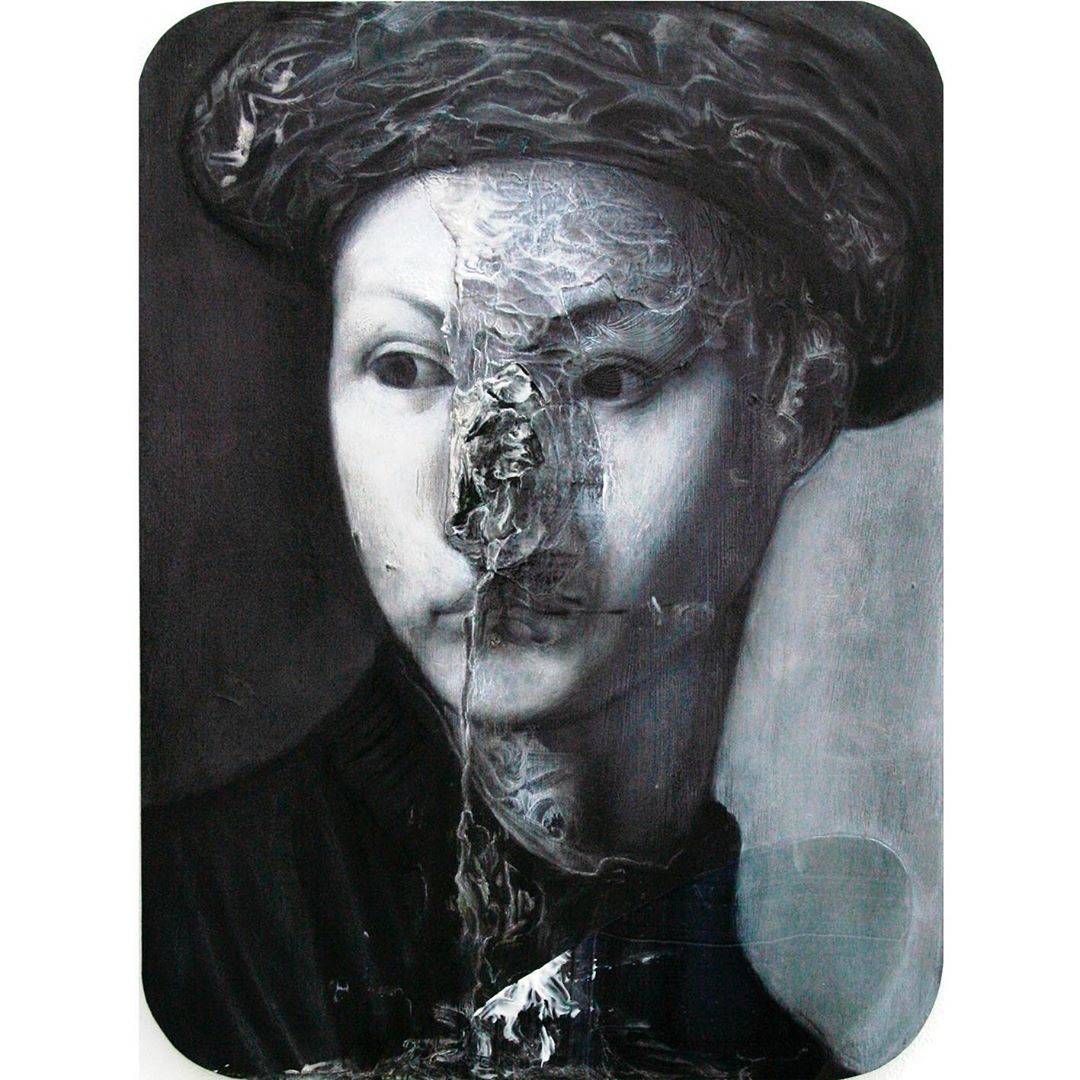 Up next. Deceptive Simplicity by Matt LaCross Instagram: mattlacross Sales: https://www.etsy.com/shop/LaCrossInk A term used to describe an image of perceived simplicity, until you are emerged in the process of the creation. The images displayed are but a small glimpse into the mind of one of Seattle’s most prolific artists. Images that stem from a life of diversity, struggle, joy and pain. A life of travel, near death experiences, and a passion for creation. As a 3rd generation Seattle native, Matt LaCross has continued to develop his interests as an industry leader in the alternative sports industry, creator of the only no-fee, no-commission art gallery in Seattle, founder of one of the most highly recognized specialty BMW Motorsport retail locations in the United States, and has developed his artistic ability for the sole purpose of creation. The idea of the continuous line images you see, or what some call “one-liners” have been inspired by the works of Pablo Picasso. Creating a continuous line image comes from the subconscious, and can never be recreated. Each image has been created by hand in one stroke, one idea, one pure thought. This requires committing to the idea, no matter what the outcome. Currently booking shows for 2020-2021 Contact: Matt LaCross 206-898-5418 #contemporaryart #art #kunst #drawing #blackandwhiteart #blackandwhiteabstract #abstractart #mixedmedia #seattleartist #monochromeart #artist #artgallery #blackandwhite #artonpaper #minimalism #worksonpaper #minimalistart #artistoninstagram #fineart #drawing #writersofinstagram #journal #abstractartist #inkdrawings #inkmaster 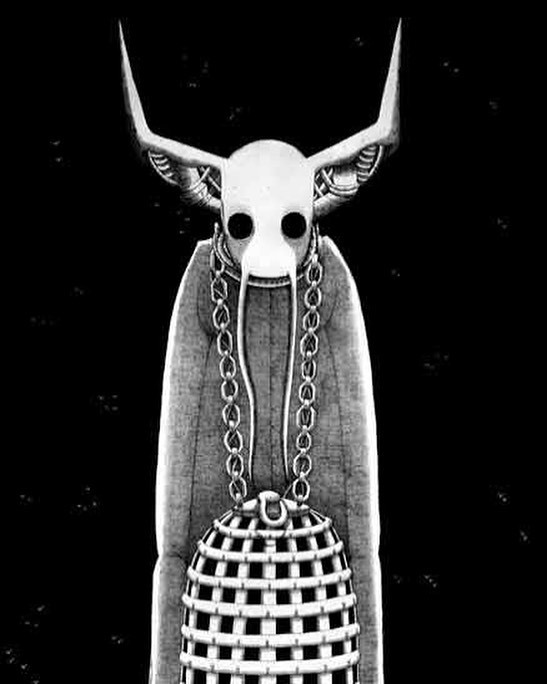 ☯️ Final picture of this Checkered Yin-Yang, that I came up with last year! After looking back and reflecting on it, I realized that it was in dire need of a solid border. 💯% 🏁🏁🏁 . Let me know what you think of this design! . Would you wear it on a shirt possibly? A sick hoodie perhaps? 🖤🖤🖤 . . . . . . . . . . #art #instaart #yinyang #trippy #opticalillusion #originalart #bnw #checkers #drawing #mandalaart #handdrawn #bnwart #geometricart #symmetrical #fineart #abstract #meditation #illustration #mandala #trippyart #opticart #opart #psychedelic #psychedelicart #monochromatic #monochromeart #authentic #moireeffect #modernart #contemporaryart

The proportions look wack because I messed up on the ink, also I still have no idea how to ink clothes but it's all g for now

On the easel at the moment and already 10 days in to this project. Had to reconfigure my drawing board and studio for this one as it is going to be nice and big. I love Africa and I love my studio space, especially on what promises to be a beautiful long evening. Time to stop work and get out there a bit. Also loving this Canson Moulin du Roy hotpress paper #pencilart #pencildrawing #fineart #monochromeart #collectibleart #countrygallery #wildlifeart #drawing #dokzn #kznmidlands #yard41 #howick #realism #art #elephantart #canson 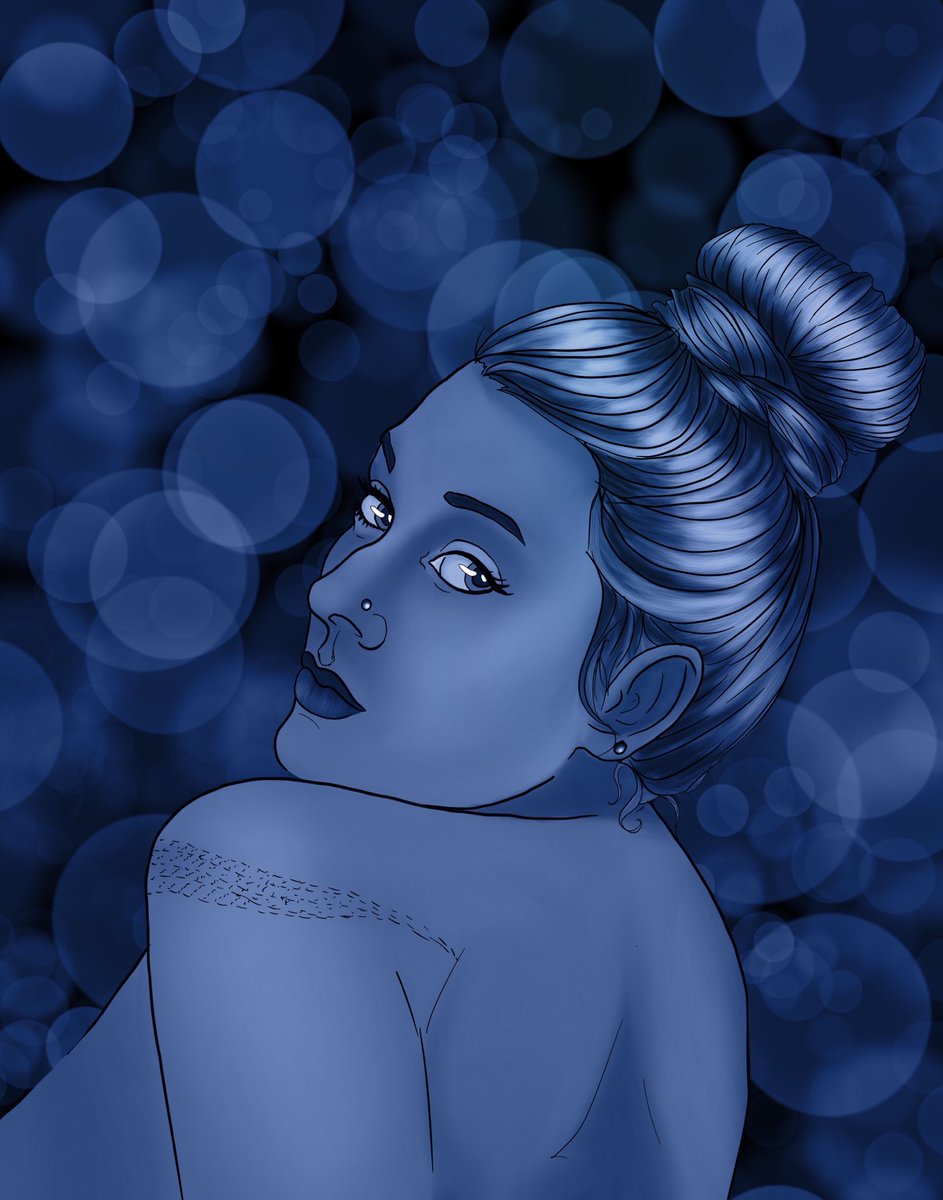 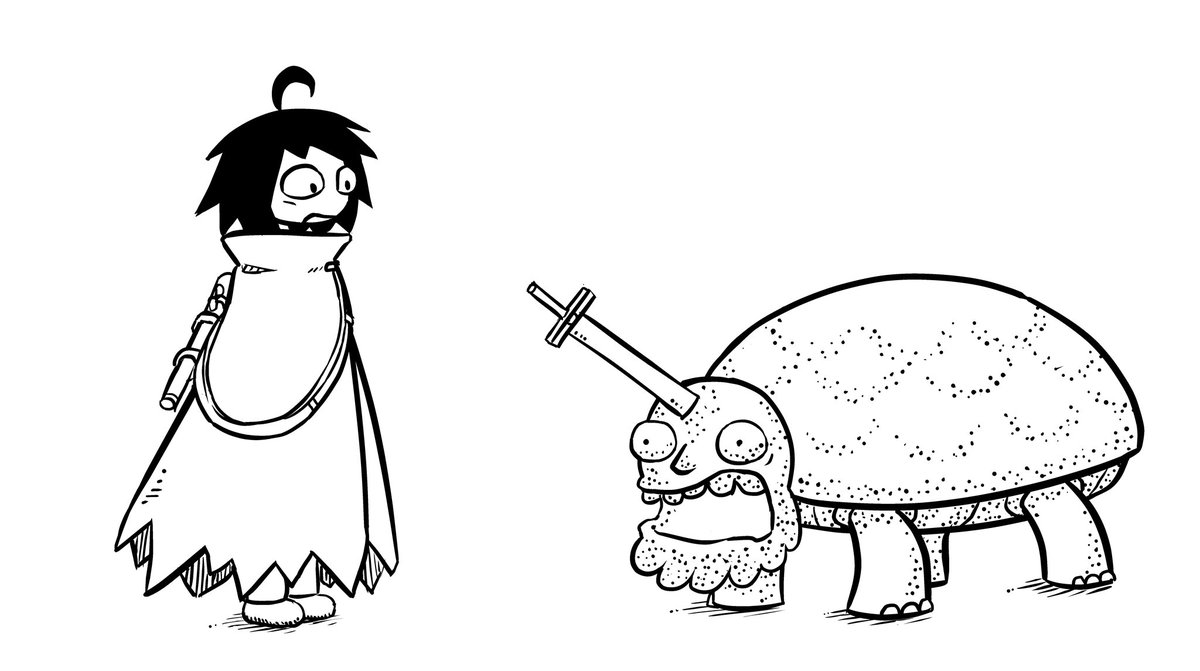 [1/2]《Your petticoat was involved in more combats than the entire US Navy!》🇺🇸👗🙃 Quite famous I guess! A quick WW1 couple 💏 • The song is from the late 19th Century, but these verses were added later, after WW2 for sure. The author of the original song is unknow. See you tomorrow for part 2!! 👋🏻😘 (I might do a part 3 if you like these, let me know! 💗) #Ardivesta_stonachetipassa • ✏ Art: @ardivesta 🚫 Do not copy/repost etc. • • • #ww1 #worldwarone #militaryart #militaryuniform #unitedstates #usnavy #sailor #lovecouple #blackandwhite #monochromeart #fastsketch #quickdrawing #traditionalart #traditionalillustration #graphitesketch #graphitedrawing #fabercastellpencils #artofinstagram 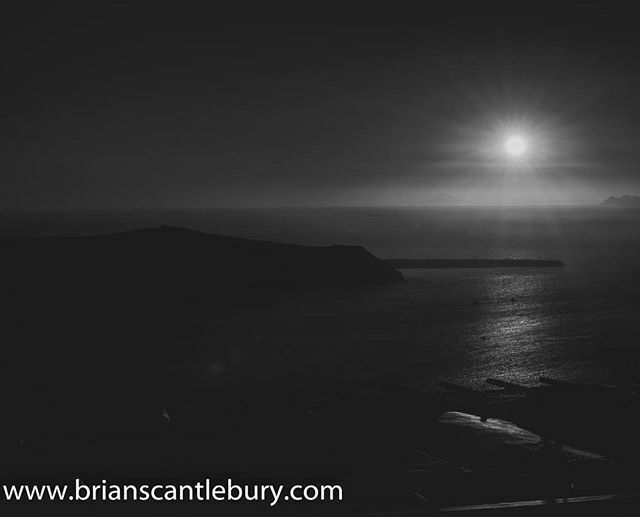 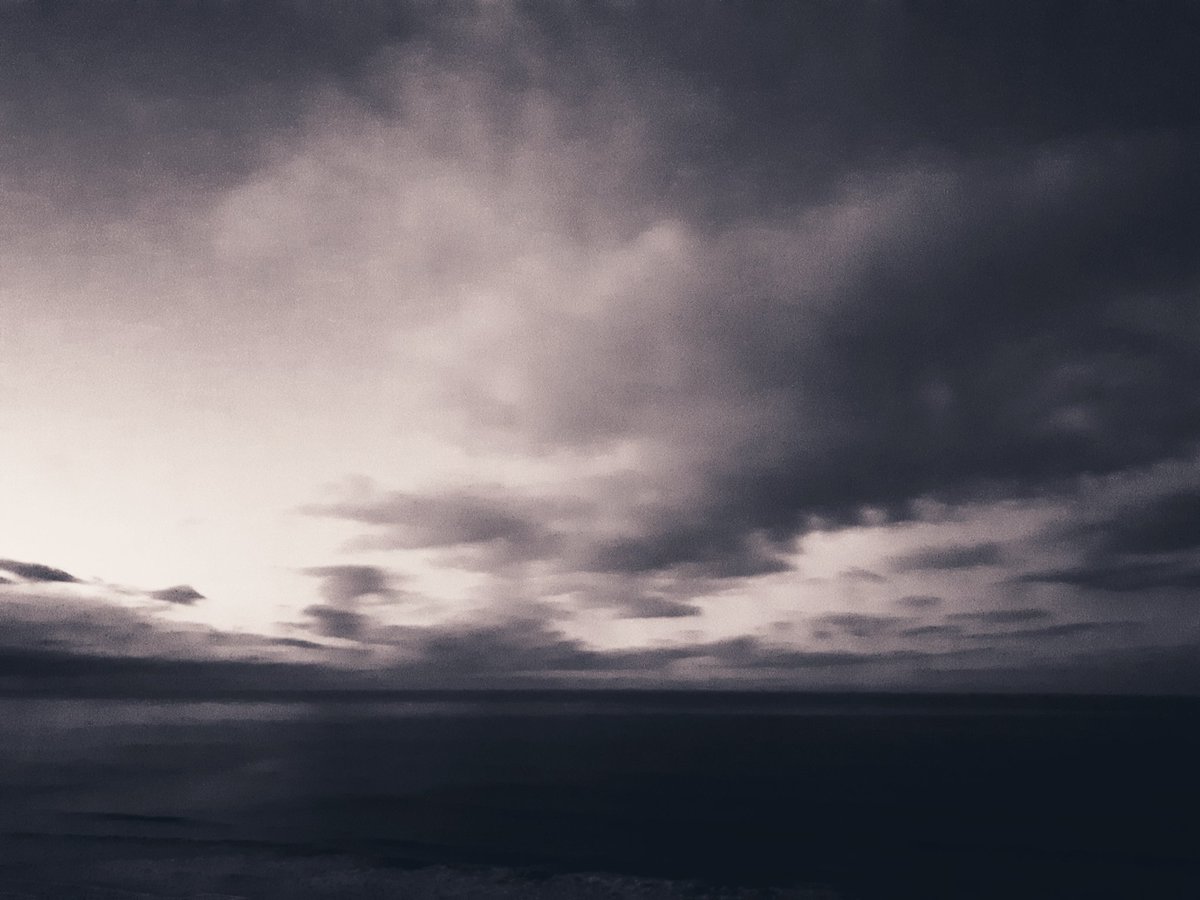 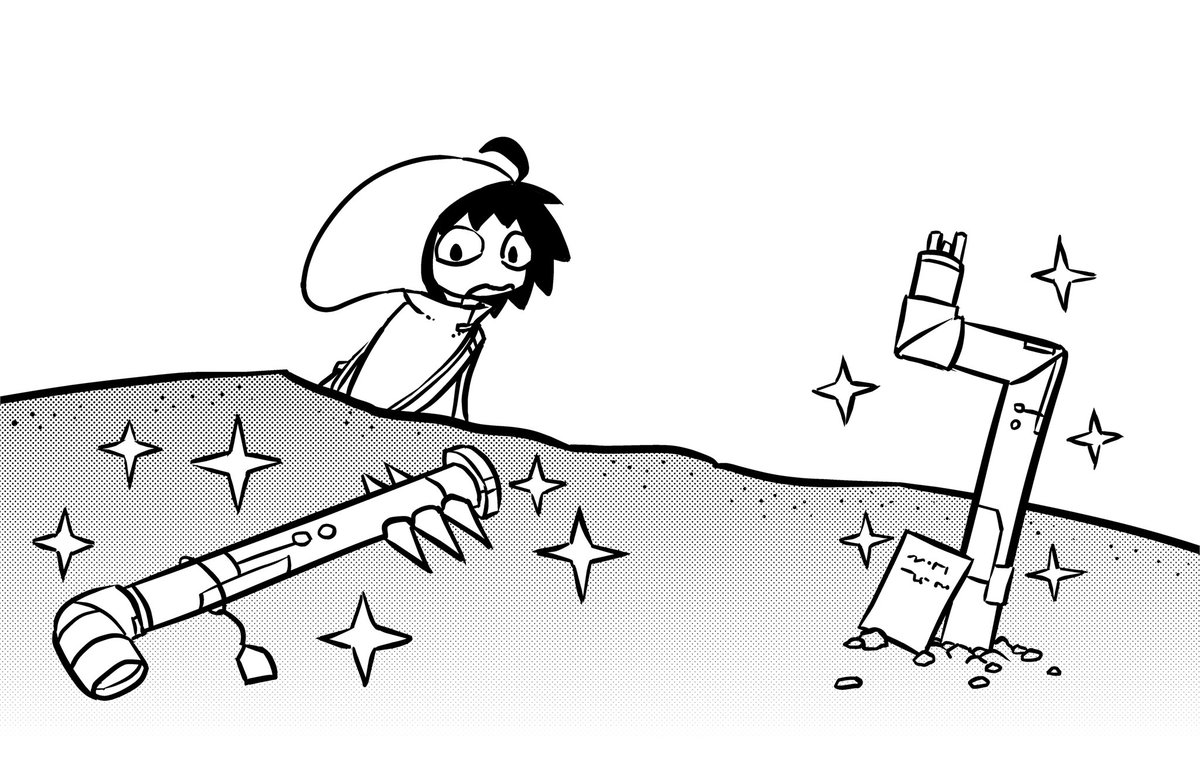 This week’s FEATURED ARTIST is Argentinian photographer, Federico Brea. @fedebrea_fotografo⠀ .⠀ This series of works are charged with emotion in both their subject and aesthetic. The skull, for example, recalls medieval ‘memento mori’; or ‘remember you will die’ - a concept that led to the creation of totems of human skulls that sought to serve as reminders for humanity: that our death is inevitable; therefore we ought to behave in a way that reflects an awareness of God, heaven and the soul’s salvation. Contrastly, the accompanying image of the heart “Decorazon” would then suggest a similar evocation, ‘remember to love’ or alternatively, ‘remember that the heart still beats’ perhaps. The artist subtly yet ingeniously touches on the carnal next with two final images from the series, a dissected banana & pear, whose appearance conjure the aesthetic of masculine & feminine pudenda respectively. ⠀ .⠀ According to the artist, he doesn’t hunt moments but rather constructs them. This statement demonstrates the desire of so many creatives: to use our medium proactively, to make the world we want to see- if only for a moment and if only for that shot. After all, our art is legacy incarnate and the photos we make will be what survives us all.⠀ .⠀ .⠀ .⠀ .⠀ .⠀ http://bit.ly/35WKryX 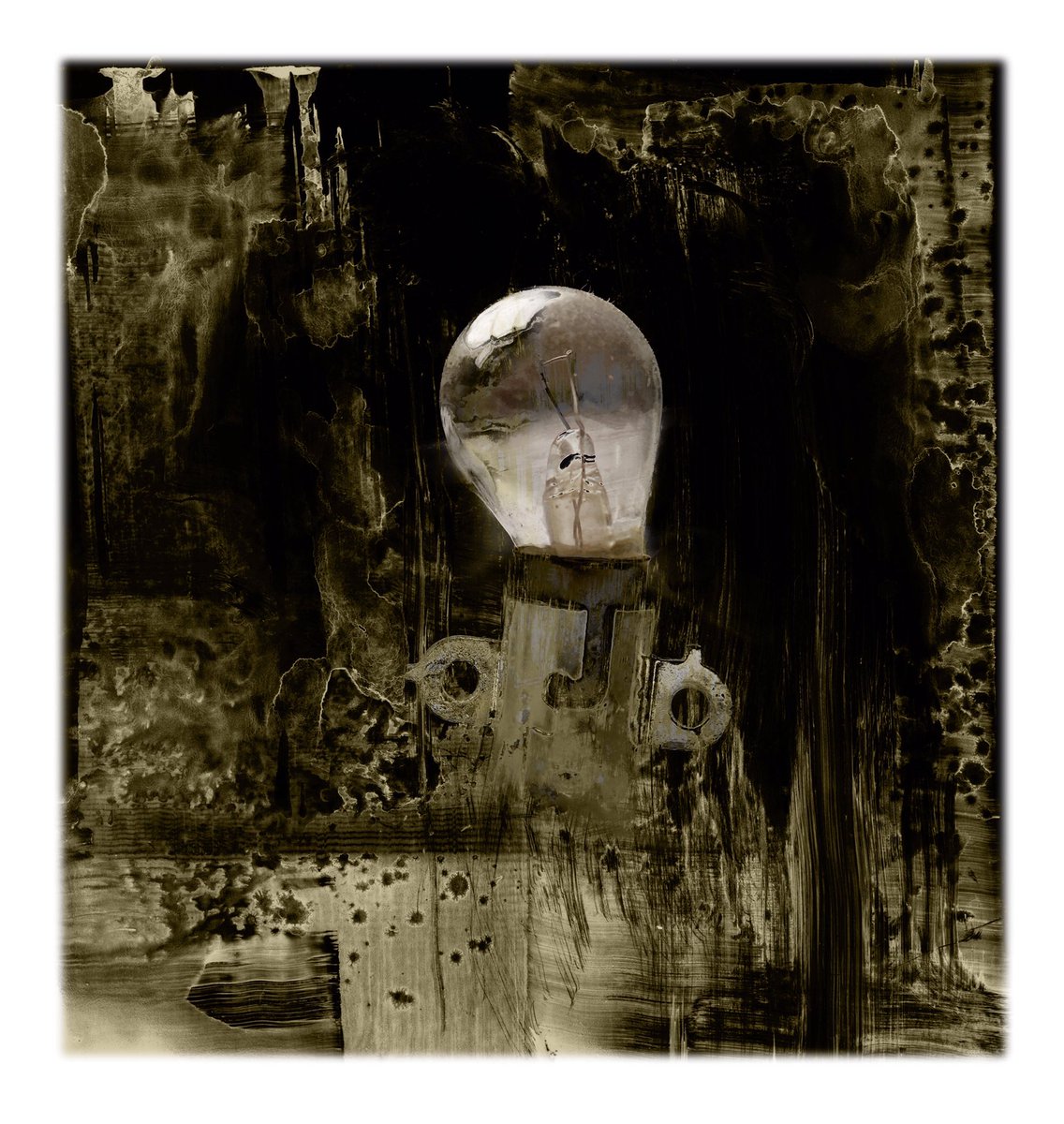 https://www.instagram.com/p/B7PFSZ1A0AQ/?igshid=tl4hb4wqdqk9 … Oh winter, such valiance you ask of us. Today’s study of hope on a day of darkness and slush. “If you like images like this you may also like tulips.” #chiaroscuro #hope #newmedia #printmaker #monochromeart pic.twitter.com/icpFmYya1I

ARTWORK / one of the things I struggle with the most! A lot of the rooms in our house that are pretty much finished are definitely lacking in the art department, it’s something I’m really indecisive and pretty fussy about. As a colour-phobe my eye is forever drawn to monochrome pieces, and I know I’m probably missing out on some real gems by dismissing anything colourful, but it really does narrow down your choices doesn’t it. I bought these prints off Etsy just as a quick finisher for the spare room but I think I’d like to find more vintage style prints for the rest of the house. A few of my faves are a map from 1919 of the area we live not long after our house was built which we’ve recently had framed, and an old black and white advert for the original bread oven/fireplace in the parlour, they both have history and are relevant to us and our house which I think is really cool 🖤

Beauty of Age – art print – ‘Beauty lies in the eye of the beholder’, they say. Our society tends to link the concept of beauty with youth … Ever looked at a tree slice? The more rings – the better! Isn’t it?

Textured sewing. I have been waiting for some time to be able to do some exploratory studies that have been swirling in my head. I am used to tucking in the seams and clipping the threads for my quilting, so I wanted to play with letting them be part of the process instead. I want to create a rich surface to go beyond hard and straight edges. Here I am going for a windswept hillside study. Can't decide if it just looks like the floor under my sewing table or a workable piece...⁠ .⁠ .⁠ .⁠ #wabisabi #contemporaryabstraction #minimalistart #monochromeart #newart #geometricart #postminimalistart #smallart #quilt #miniquilt #texture #quilting #quilted #fabric #quiltsofinstagram #quilter #quilts #wallhangingquilt #miniquilt #quiltlove #quilt #quilters

My entry to the @coaket_official drawing competition where their mascot the CoA-Cat has to be visible within the artwork. Well, in this one she's tiny so I hope it counts (even though she is still pretty big in comparison to the house, so, my excuse is that she's a ghost, otherwise she would have been way too small). This one took me 6-8 hours. It's crazy how much faster I am traditionally than digitally. It being monochrome did help though. For some reason I really love the aesthetic of abandondoned places, how they are slowly taken over by nature. I'm thinking of starting a series. But before that I have to finish all the other projects xD #coaket #coaket2020 #coaketwettweberb #coacat #coa-cat #abandonedhouse #japanesehouse #traditionaljapanese #paininghouse #landscapepainting #hauntedhouse #hauntedhousepainting #drawing #monochromepainting #monochromeart #drawingcat #blackcat #spookyplace #spookyart