Map of Europe when the United States joined the war| Who do you think would have won if the US hadn’t joined the war? Made by mapsofeurope @ Europe https://www.instagram.com/p/B6MNpiZnRBC/?igshid=1en5wzjfsdea5 …

Share of people who identify as a feminist | What do you think about feminism and what do you associate with the term? - • Source: Ipsos • Follow @mapsofeurope - #europe #maps #ipsos #worldwomensday #feminism #data #statistics #eu #poll #politics #mapsofeurope #feminist #women #equality #gender

Was the Ottoman Empire (Turkey) not occupied by the Entente after WW1?

Vedi la foto di Instagram di @mapsofeurope https://www.instagram.com/p/B5LcVzxIXKo/?utm_source=ig_web_button_share_sheet … Strength of Italian political parties per region | What do you think about the new and the old government of Italy?

This map is so inaccurate Kosovo didn't exist in 1945

Map (1) Welcome guys on our Instagram! We are gonna upload interesting European maps of Europe 🌍 We'd be so glad for every like and follow. Have a nice day 💕 #europeanmaps #mapofeurope #maps #mapyeuropy #mapsofeurope #interestingmaps #cooleurope #coolmaps #maplovers #europe #eurobarometer #map 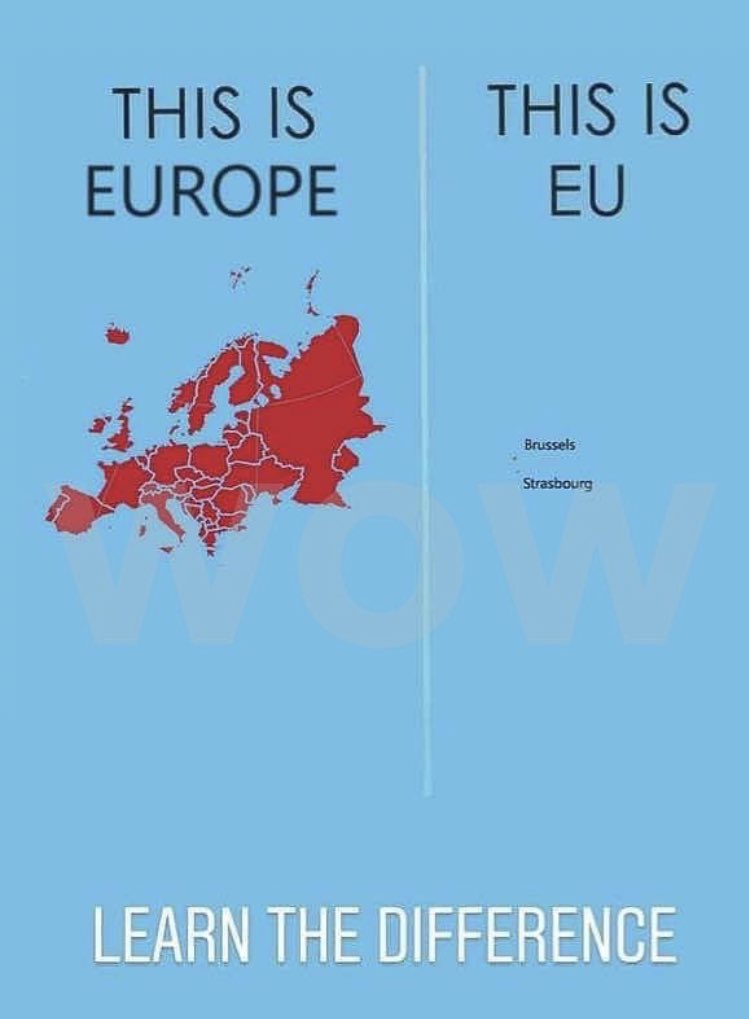 They may be implying the Czechs, since they held most of the power in the country.

Russia was occupied by Poland-Lithuania in 1610~ though?

National debt of EU members in relation to GDP 2019 | How important is it to reduce debt and how to do it? - • Source: Statista • Follow @mapsofeurope - #europe #maps #eu #gdp #debt #economics #growth #finances #budget #mapsofeurope #stability #data #statistics

This is bullshit. We didn't occupied Slovakia, we were together in the country named Czechoslovakia. We split peacefully by agreement in 1993. But Soviet troops that occupied us in 1968, actually left only in 1991. So we Czech Republic and Slovakia should have year 1991.

I found this map on Instagram from the user mapsofeurope and I think it’s quite alarming. (Sorry to people from Ynys Môn) pic.twitter.com/O15lFmWbj5

There are a bunch of nations still occupied in Europe.

Matthäus Merian map of the Baltic Sea (1657). Showing Allemagne, Polmerania and ships doing battle - entitled "See de Rygen." Matthäus Merian der Ältere (or "Matthew", "the Elder", or "Sr."; 22 September 1593 – 19 June 1650) was a Swiss-born engraver who worked in Frankfurt for most of his career, where he also ran a publishing house. He was a member of the patrician Basel Merian. Born in Basel, Merian learned the art of copperplate engraving in Zürich. He next worked and studied in Strasbourg, Nancy, and Paris, before returning to Basel in 1615. The following year he moved to Oppenheim, Germany where he worked for the publisher Johann Theodor de Bry, who was the son of renowned engraver and traveler Theodor de Bry. In 1617, Merian married Maria Magdalena de Bry, daughter of the publisher, and was for a time associated with the de Bry publishing house. In 1620, when Oppenheim was destroyed by fire during the Spanish occupation, they moved back to Basel, but three years later returned to Germany, this time to Frankfurt. They had four daughters and three sons, including Matthäus Merian the Younger. Maria Magdalena de Bry died in 1645 and the following year Matthäus married Johanna Catharina Hein. Five years later, Matthäus died, leaving his wife with two small children, Anna Maria Sibylla Merian (born 1647) who later became a pioneering naturalist and illustrator and a son, Maximilian, who died before his third birthday. Later career In 1623 Merian took over the publishing house of his father-in-law after de Bry's death. In 1626 he became a citizen of Frankfurt and could henceforth work as an independent publisher. He spent most of his working life in Frankfurt. Early in his life, he had created detailed town plans in his unique style, e.g. a plan of Basel (1615) and a plan of Paris (1615). With Martin Zeiler (1589 - 1661), a German geographer, and later (circa 1640) with his own son, Matthäus Merian (der Jüngere, i.e. "the Younger" or "Jr.") (1621 - 1687), he produced a series of Topographia. The 21-volume set was collectively known as the Topographia . #Renaissance #art #Baroque #baroqueart #Merian #Maps #mapsofeurope #tallships #navalbattles #balticsea

Technically, West Germany was still occupied until the General Treaty/Paris Treaties in 1955. I'm not sure if anything like that ever existed for the east, so it might actually be the 4+2 Agreement in 1990. I don't know what the 1991 would be from the map.

I may be missing something but by whom was Slovakia occupied in 1993? I would put 1968 there (same as Czech republic).