Mistakes are painful when they happen, but years later a collection of mistakes is what is called Experience. - luxquotes FRANKIANA SATogether

#luxquotes #you #have #to #believe #in #yourself #before #anyone #else #does #quotes #boss #leader #women #men #motivation #high #vibration #endresult #follow #instagood https://www.instagram.com/p/B-qLxhmnKIW/?igshid=17odvauj856y3 …

People will always tell you something and do another. Learn to push away the expectations or you’ll constantly be let down. Not everyone has the same heart as you 💯 #LuxQuotes

The Childhood of Nick Vujicic: The childhood of Nick Vujicic was not a very good one I'd like to say that he had a very nice childhood and his life was great but I cannot because it was far from it. The moment that he was born his parents were absolutely shocked to see that their son had no arms or legs. His father (Boris Vujicic)was so distraught that he left the hospital room to vomit and his mother (Duska Vujicic) couldn't bring herself to hold Nick for a long 4 months, imagine yourself as a child and having your mother refusing to even touch you. After a time his parents got over their emotional distress and tried to do their best for their son Nick. According to NIck, had he been born in a third world country, his condition might have been considered a curse or a shame by his parents and he might have been killed at birth. He was born in Melbourne, Australia and later moved to Brisbane, Australia where he lived for 14 years before he moved to California. His parents decided not to send him to a school for kids with disabilities and they sent him to a mainstream school instead. At the age of 8 Nick didn't see a very good future ahead of him and at the age of 10 he attempted to drown himself in the bathtub but after several attempts he realised that he did not want to burden his loved ones with the guilt and sadness of his death. When he was 15 he sealed his faith in God and from there he started to think of the things he had instead of what he did not. When he was in high school he met a janitor who inspired him to start speaking his faith and overcoming his adversity at the age of 17.

There will always be some negativity to balance out your positivity, focus on what matters the most. - luxquotes FRANKIANA SATogether

You’re in entire control of your life. Make choices that will make it amazing. - luxquotes FRANKIANA SATogether

How are you choosing to live your day to day life? . This is your reminder that in life we all have choices, how are you choosing to live yours? . It’s time to create the change you want. It’s time to release the inner badass, capable, strong woman you know you have always been. It’s time to step into your power! . In order to do that, this is the recipe that will help you 🤩. . Wake up. Show tf up in all parts of my life. I DO the work. I celebrate it all, & I repeat. Every. Single. Day. . . . . . #quotefortoday #luxquotes #instaquotesgram #nicequote #quoteofmylife #journeytoselflove #newmama #momblogger #postpartumfitnessjourney #6monthspostpartum #selflovebringsbeauty #quotestoliveby #quotestoday #lawofattractionquotes #quotestagram

Having a negative mindset is worse than any virus - Luxquotes

♥️ God didn't make a mistake when He made you. You need to see yourself as God sees you..!! 🤩 #joelosteen

Follow @thinkasbillionaire Everyone have a gift, and everyone can do something big in there life. - The only think you have to is to find it, believe in it, and do it. And when you want to do it there will be so many obstacles an that’s what separates winners from losers. - Go make it happen, I believe in all of you. 😊🙌🚀 🔺 If you need help growing your Insta page, let me know. Have a question? put it on the comment section.

Your circle doesn’t have to be big. Too many focus on quantity instead of quality. - luxquotes FRANKIANA SATogether

Focus on the silver linings 🙏 #LuxQuotes

It’s doesn’t matter what your vision for yourself in 10 years is, put in the work 💯 #LuxQuotes

Start where you are. Use what you have, Do what you can. - luxquotes FRANKIANA SATogether

⚡No one can offend you without your permission. They can say whatever they want, but you have the right to ignore it..!! 😁 - #joelosteen

There is so much to be grateful for. Find happiness in everything you do and gravitate towards the things that make you extra happy 💯 #LuxQuotes

Design the life you want! We’re in complete control over our actions and what we decide to to with our lives 💯 #LuxQuotes

🧡 When you focus on being a blessing, God makes sure that you are always blessed in abundance..!! 😇 #joelosteen 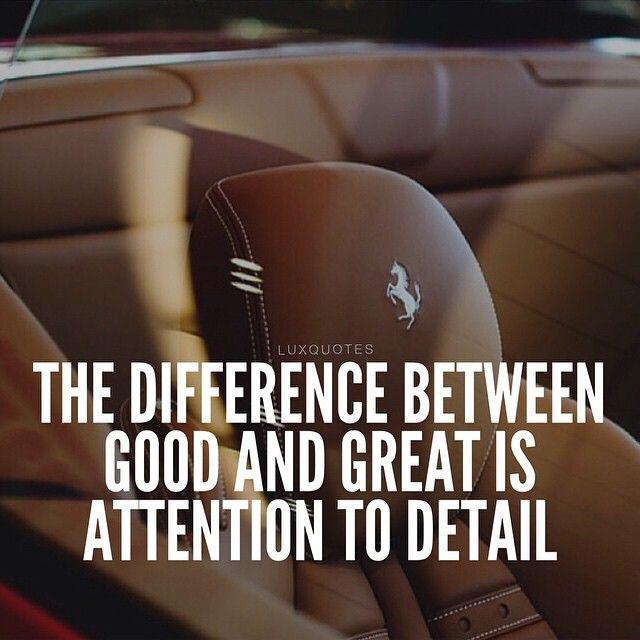 It’s not who you are that holds you back. It’s who you think you’re not. - luxquotes FRANKIANA SATogether

There is purpose in the good AND the bad 💯🙏 #LuxQuotes

Perfect is not attainable, But if we chase it we can catch excellence. - luxquotes FRANKIANA SATogether

#luxquotes #you #will #never #find #time #for #anything #if #you #want #time #you #must #make #it #quotes #boss #leader #women #men #motivation #high #vibration #endresult #follow #instagood https://www.instagram.com/p/B-qMFJkHo5Z/?igshid=1fntyvxcpbqlb …