The decline in road traffic, air travel and other business activities have led to sharp reductions in pollution over several European cities, new images published by the European Space Agency show. The images show nitrogen dioxide levels in France and Italy in March of 2019 and March 2020. But while the short-term effect might seem positive, experts say long-term solutions are still needed to address chronic pollution. (📸: European Space Agency) In India, where 1.3 billion people are under lockdown due to coronavirus, major cities are recording much lower levels of pollution. In the capital, New Delhi, government data shows the average concentration of two harmful pollutants known as PM 2.5 and nitrogen dioxide, which are released by vehicles and power plants, plunged by 71% in one week. But analyst Sunil Dahiya says this data is no reason to celebrate. “Pollution is going down, but we cannot let the suffering of so many human beings be the way to clean the air. We can only use the outbreak of coronavirus as a learning lesson for us.” Regram @cnnclimate #airpollution #airquality #cleanair #pollution #COVID19 #coronaviruspandemic #coronavirusoutbreak #india #italy #france #climatechange #climatecrisis #actonclimate #fridaysforfuture #climatechangeisreal #environment #climateemergency #climateaction #globalwarming #saveourplanet #extinctionrebellion  #leonardodicaprio #sustainable #gretathunberg #humanity #nature #greenpeace #earth #savetheplanet

rose may be the loml ac ; idk dt charlotte + frida

(Leonardo Dicaprio is my choice)

This look is one of my all time fave!✨ I love it soo much ♡︎ @oliviaculpo

Rose is so beautiful in #titanic ❤ • @osm_titanic •

there was a twt said that chenle looks a bit like leonardo dicaprio, and im in the front row agreed with that

The movie in which DiCaprio really deserved the Oscar 🏆 • Early on, Teddy Daniels (Leonardo DiCaprio), a US Marshall with narrowing eyes and Boston edge, takes a ferry to Shutter Island, a rocky fortress off the coast of New England that houses a prison hospital for the criminally insane. The place is even more forbidding and isolated than Alcatraz, and with good reason: nearly all of its 66 patients are violent psychopaths. Teddy investigating the strange disappearance one of them, Rachel Solondo, who drowned her three children 😱 • Martin Scorsese certainly gets an urgent performance out of DiCaprio, who has the tricky task of looking more rattled and confused the more he discovers. There are also ace turns from Kingsley, all watchful creepiness, Max Von Sydow, as an sinister German psychiatrist. And Mark Ruffalo, who as Teddy’s partner soft-pedal his usual testiness 💯 • Shutter Island is a mystery that’s out to summon a whiff of tabloid sensation, and at times it’s almost too stately, as if Scorsese thought the devices that propel the tale: visions of Holocaust, murmurings of guilt and mind control, made this is a personal movie. They don’t. The movie does have payoff, though. And it works, really well 💯 • Verdict: This movie made me question my sanity 🤭 • Popcorn crush: DiCaprio deserves to eat Oscar for his breakfast everyday 🙌🏼 ___ #shutterisland #martinscorsese #leonardodicaprio #markruffalo #thriller #netflix #movie #moviereview #movierecommendation #review #recommendation

chenle reminds me of young leonardo dicaprio sorry about it

the most iconic scene ever.

Rose is so beautiful in #titanic ❤ 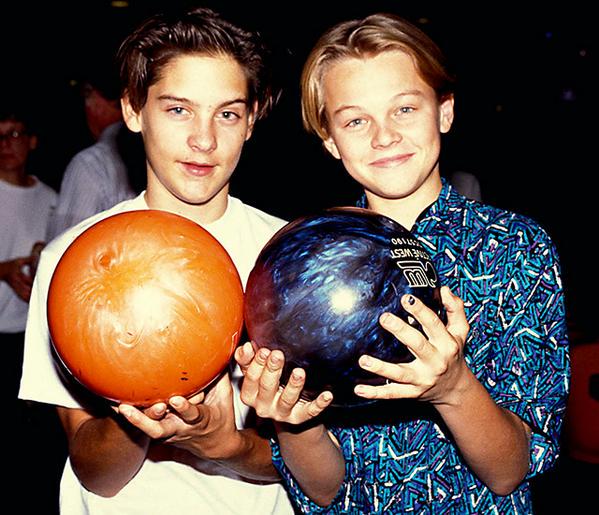 leonardo dicaprio isnt even that attractive?? he's a bad actor and idk what yall even see in him

I agree. Though, the whole operation set in the snow bunker becomes immediately annoying from re-watch 2. Not even speaking about certain needy, fake fatale Marion Cotillard' s appearances. Standing in front of Leonardo DiCaprio is no excuse.