New bike riders in the family, or soon to be??? Check out this ingenious device developed by,I am so proud to say, my “buddy” Tom Faust!!!!#bikes #kids #momsofinstagram #dadsofinstagram #inventions #greatideas

cocomo as cereal is my greatest invention.

it's like a 3d printer for wood - diy invention turns a regular piece of wood into a coveted work of art http://ow.ly/p2wa30qjQ60

A little knowledge while we iron our sunday best. Happy sunday, may today be brighter and fairer! #iron #laundryroom #laundryday #tailoring #inventions

[Deadpan] In the year 2036 the invention of fortified cardboard brought about major advances in the shipping of cargo worldwide.

but i'm sure you're talking about innovation, that if we took over telegraph line there'd be no reason to invent a higher medium except for necessity you know the mother of invention? yea we'd need to relay time-sensitive information so people would still figure that out.

Lonnie Johnson was born in Alabama in 1949. He stated that from a young age he liked to tinker with things. In 1968, Johnson went to the Alabama science fair and represent his high school. He created a robot named “Linex”, which was a compressed air powered robot, it won him first prize. He attended Tuskegee University and obtained his bachelor’s in mechanical engineering and a master’s in nuclear engineering. While working for NASA he’s participated in many projects including developing the nuclear power source for the Galileo mission to Jupiter and Saturn Orbiter Probe missions. Currently he has two technological development companies: Excellatron Solid State, LLC and Johnson Electro-Mechanical Systems (JEMS). Excellatron focuses on the development and production of solid-state batteries. JEMS developed the Johnson Thermo-Electrochemical Converter System which converts thermal energy to electrical energy. One of the things Johnson is most notable for is the Super Soaker which he conceived while working with the US Air Force. It was originally called the “Power Drencher” but after some remarketing it become known as the Super Soaking. The toy took off and generated $200 million in sales in 1991. Currently the Super Soaker is approaching $1 billion in sales.🖤❤💚💛🔥 . . . #nsbe #blackhistorymonth #bhm #engineering #inventions #stonybrookuniversity

The inventor and real Iron Man, Richard M Browning chasing @makoboardsports @kesterhaynes . . Richard Browning is a British inventor, entrepreneur and speaker. He founded Gravity Industries Ltd in March 2017, the company behind the Daedalus Mark 1, a jet pack that uses several miniature jet engines to achieve vertical flight. The kerosene engines are rated at 22 kg of thrust each.[1] Browning uses his arms to control the direction and speed of the flight, whilst being shown fuel consumption among other usage data within the head-up display he wears inside the helmet. He achieved a speed of 85 miles per hour with the suit during a @guinnessworldrecords attempt for ‘Fastest speed in a body controlled jet engine powered suit’ in Brighton. . . He’s certainly got a fun job and company.... 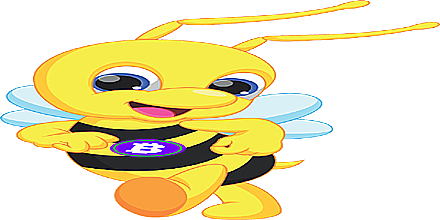 Hi Everybody; I'm BitBee. The Satoshi asked me to say the following: He is so proud of Everyone who has contributed to his Patented Invention the Block Chain. There is a lot more to the story, of why now and not before; later for that. Now, He thank's you. Happy, happy, happy! pic.twitter.com/f5KrIaklpV

We say we are free but we are still colonised. We don't have an independent connection with God hence we leg behind in terms of inventions. Inventions are spritually connected. Genius people are a rare gift from God they don't get ideas from Society. Society shape their ideas.

Idea for an invention: an invisible keyboard that sequences wasps. If you don't like it you're a duffer.

Our hand-blown glass luminaries are one-of-a-kind, just like the heartbeats they emanate. Learn how we use recordings of the heart to create works of living art at www.heartlight.store #myheartlight 💚🔆

I just came up with a new invention

Cyber-Thief Invention (Part 1) is out in stores all across Madagascar! Buy one before they sell out!

You will be fascinated by this mathematic invention called “fractions” — let me know when you learn it so we can introduce you to how it applies here in a word problem.

Probably Wardcliff Coil. It just feels like the invention was two people going "this is crazy" but it's awesome" "but it's crazy" "but it's awesome" until both of them died in testing and some lucky fool picked it out of the rubble and let it loose on their problems

🤭chicken kitchen married a Latin America 💃 😯??? I made this Arroz Imperial and felt like I wanted to step it up 🤓.....so I mixed the yellow rice with a curry mayo.. let me tell you 🔥🔥 rice chicken cheese layers like an original Arroz Imperial but with the curry mayo mixed in the yellow rice like I eat at chicken kitchen 🤤🤤🤤I should have made more.#mycreation #delicious #arrozimperial#currymayo#newrecipe#homecooking#cookingwithlove#dinner#miami#miamifood#chicken #miamifoodie#food#foodblooger#foodie#foodporn #foodphotography #foodpictures #foodinstagram #🤤#inventions

NEW INVENTION! 'The Smart slim shady' is a wristband asylum for $14

Developed by a team at the University of Massachusetts Amherst, the air-powered generator (or "Air-gen") incorporates an ultra-thin film made of nanowires. Less than 10 thousandths of a millimeter thick, that film is sandwiched between two flat rectangular electrodes, although the one on top covers only part of the film, leaving the rest exposed to the air. 🌫🌫🌫🌬 Produced by a type of bacteria known as Geobacter, the nanowires themselves are made of an electrically-conductive protein. Because of this quality – along with their surface chemistry and the small size of the pores between them – the wires generate an electrical current between the two electrodes, whenever they absorb water vapor from the air. 🌫🌫🌫🌬 Even in its current prototype state, the device is already able to power small electronics, and it works in areas as dry as the Sahara Desert. What's more, the scientists have now developed a new strain of E. coli bacteria, which produces much greater amounts of the protein nanowires. It is hoped that this development could make the Air-gen commercially viable, perhaps one day replacing the batteries in devices such as smartphones … although the possibilities don't stop there. 🌫🌫🌫🌬 "The ultimate goal is to make large-scale systems," says electrical engineer Jun Yao, who led the research along with microbiologist Derek Lovley. "For example, the technology might be incorporated into wall paint that could help power your home. Or, we may develop stand-alone air-powered generators that supply electricity off the grid. Once we get to an industrial scale for wire production, I fully expect that we can make large systems that will make a major contribution to sustainable energy production." 🌫🌫🌫🌬 See full article by Ben Coxworth on NewAtlas.

Join us Monday on #KickinIt when we review four great #crowdsourcing projects including @punsofanarchygame! Head to www.kick-in.it and subscribe to our #YouTube channel and don’t miss it!

Reader, I have a little folio on invention and soldiers, which will not be long before it appear in the world.

🐶 Traditional Tug Toy 🐶 The first toy ever made... By us 🐶 • ᗪO YOᑌ KᑎOᗯ Oᑌᖇ ᔕTOᖇY? 👩 🐶 • "Trying to find Chelsy a #longlastingtoy was getting financially exhausting. She loved squeakers but that would encourage her to get the #squeakerout, meanwhile #destroyingtoys. The typical rope toys would fray and make a complete mess. I then decided to use my #crafty skills and create a toy for her that would last longer... ••••Lisa F (owner).👩 • As they say, "ʇɥə ɹəsʇ ıs ɥısʇoɹʎ". Or.... you can find more on our #ABOUTUS page in our shop. (link in bio) 💫 • Hope you are having a pawsome weekend with your hoomans 😘 • Any special plans? Weather is nice in the #midwest. 🌞 • • • . . #madeintheusa #tugtoy #dogtoydestroyer #chicagodog #chicagodogstagram #chelsystoys #jettsdoggofurfriends #inventions #patented #smallbusinessowner