This week has been highly productive and great fun. But last night my inner-saboteur kicked in. Now it could’ve been something to do with having a cup of (decaf) coffee for the first time since Sunday (I’m sure it hasn’t helped) but it’s more likely my mind wants to fuck up my happiness. I’ve been saying ‘make friends with your demons’ since my 20s. I’m sure it’s been said before but a google search doesn’t throw up anything that predates the late 90s so for now I’ve attributed the quote to anon. ‘Make friends with your demons.’ By this I guess I’m talking about awareness and seeing thoughts for what they are – just thoughts. Demons come in all shapes and sizes for all of us – that voice/those voices in our heads, memories, illusions and delusions, echoes of our past-selves that we can’t see anymore – old patterned behaviour, etc… which are all one thing and one thing only – thoughts. We can’t change the past. We can’t predict the future. But we can make choices for ourselves in the here and now. Learning to observe thoughts and be “the observer of your thoughts” is a tricky concept but I’ve found with years of practice the anxiety and depression has severely lessoned. Don’t get me wrong, I still experience it but I’ve learned (and continue to learn) to manage it and not identify with it on a daily basis. Through the therapy and training I’ve had in recent years I’ve come to discover that you can’t control your thoughts and feelings. BUT you can manage them. You can learn not to identify with them AND you can learn to let them go. There is no quick fix (as I naively believed a long time ago). It’s an ongoing process and takes a life’s work. And often it can be extremely challenging. But worth it in the long run. So why am I writing this blog? Certainly not to teach, preach or brag. But because maybe sharing this story might just help in some small way. In the past I’ve often let that inner-saboteur derail me and end up spending a few days on the sofa in front of the TV, thoughts swirling around in my head; or sleeping during the day. But not today. Today I want to overcome it and continue working on the projects that have brought me some joy. Continued 👇🏻 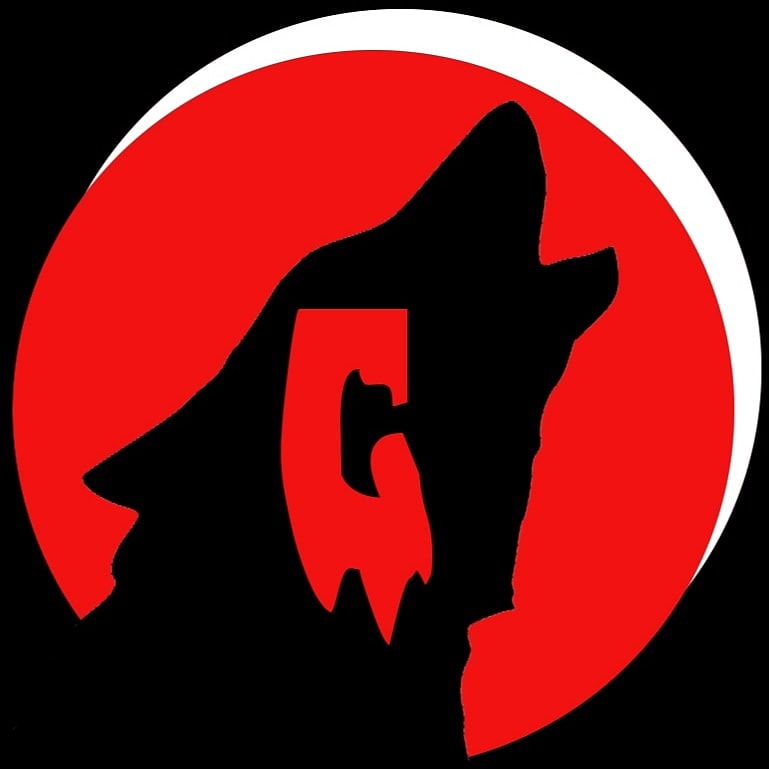 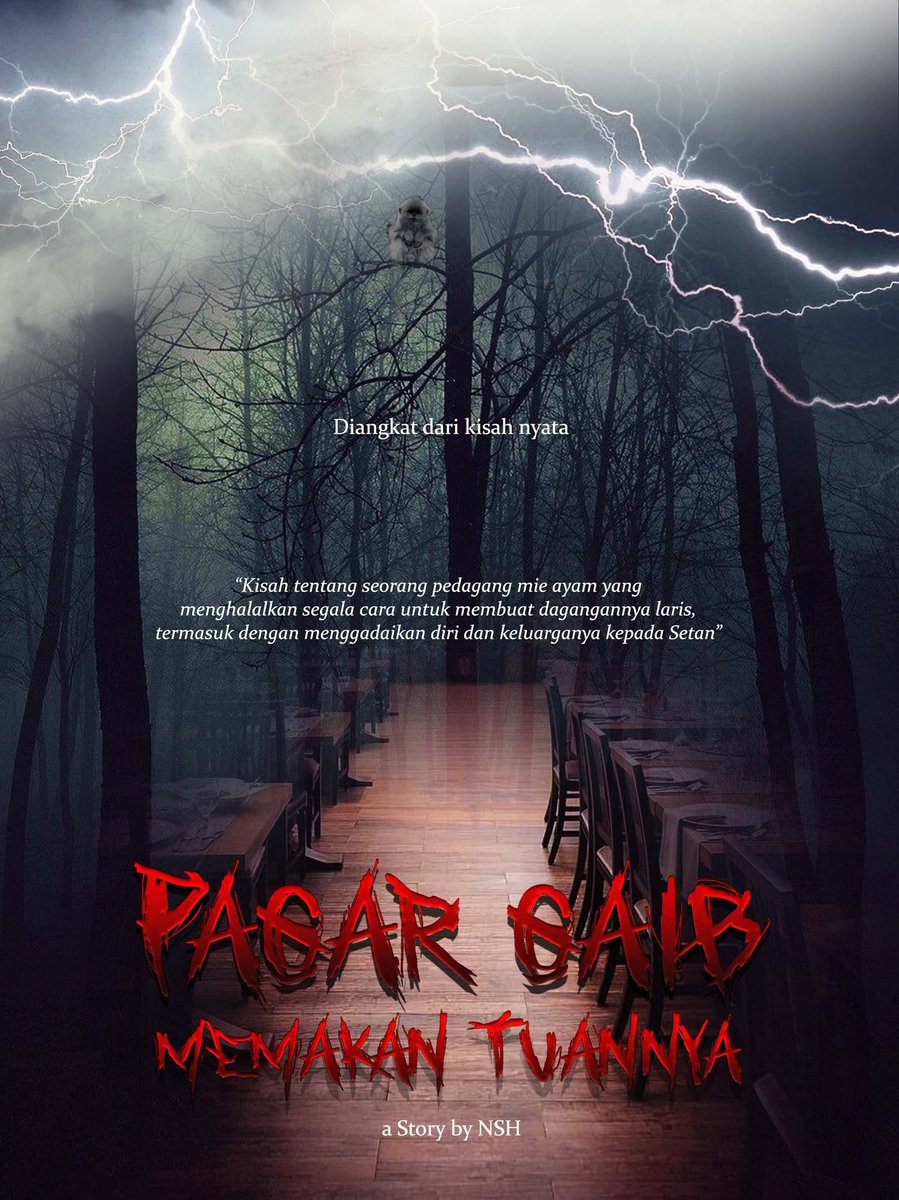 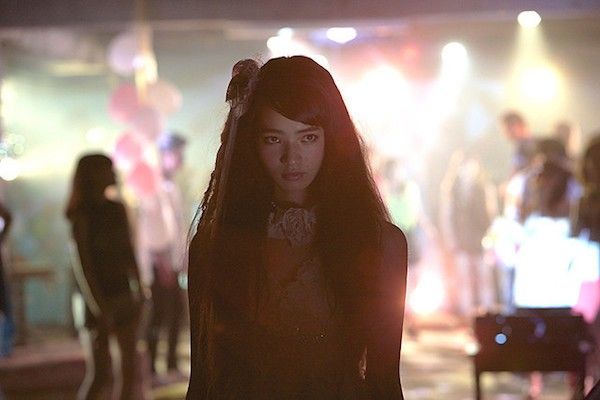 If you are reading this I’m sure you already know Gremlins is comedy horror at its best. From the lovable Mogwai, Gizmo, to the vicious and violent Stripe. And let’s not forget Brains and co. in the hilarious sequel that is Gremlins 2: The New Batch. These films somehow magically blend comedy with all out gruesome horror through these masterful and wonderfully imagined puppet creations. Gizmo is the pet we wish we all had, but why do we love his grotesque counterparts so much? What exactly is their appeal? Having watched these two films these last few nights I can only put it down to one thing. Because we see ourselves – our society – in these ghastly creatures. And that is wherein great comedy lies. I saw Gremlins on pirate VHS when I was around eight years old. So it is a film I grew up with. And when the sequel came along I jumped at the chance to see it on the big screen. Reported to be coming to HBO Max in 2021. It has been announced that a ten-part animated TV series is due to hit the small screen next year on HBO max – HBO, who have produced some of the finest television we’ve seen these last few decades. Animation usually suggests a franchise will be aimed at a younger audience. Whether that animation is computer generated or hand drawn we’re yet to be treated to a sneak preview. But I’m keeping an open mind – just look at what Netflix did for The Dark Crystal – in my opinion the best TV series of last year. For me it was as good as Game of Thrones. Anyway, for now we’ll just have to enjoy what we have with these two great movies and the memories that go with them. So which is your favourite? Are you a sucker for Gizmo like me? Or are you a fan of one of the dastardly, mischevious villains? Maybe you have a favourite scene? Drop a comment or gif below. I’d love to see who your favourites are and hear your memories of seeing the films. And if you are interested to find out who initially created the Gremlins and how the first film came into my life – feel free to check out my (free) story: Nightmares and Scary Tales (link in bio) #comedy, #comedyhorror, #darkfantasy, #funkopopvinyl, #gameofthrones, #gizmo, #gremlinsmovie

I suddenly woke up at 3:30AM to hear Siri replying with the weather report. I live alone. #shortstory #horror #horrorthread

This week I’ve been watching the Hannibal Lecter films, starting with Hannibal Rising and Red Dragon. I first saw The Silence of the Lambs when it came out on video (I was too young to see it at the cinema on release) and I was blown away. It was the first time I saw a thriller where you knew whodunnit. Where could they possibly go with the story if you know who the killer is? Right? No spoilers here for those who haven’t seen it yet. But the twist is superb. And unexpected. Jodie Foster’s and, of course, @anthonyhopkins ’ iconic performance were well deserved of their Oscar wins in my opinion. Hopkins plays Lecter with such quiet charm – luring you in with those deep blue eyes and softly spoken voice. He made the whole performance appear effortless. But hats off to the whole cast and crew too because I think it’s one of those films that are flawless. The film got me onto the books. And the source material is highly gripping and thoroughly entertaining. I’ve yet to read Hannibal Rising. And I may even give the TV series a shot – although it’s going to be hard to shake Anthony Hopkins out of the role of Hannibal the Cannibal. What do you think of this series? Do you still hear the lambs, Clarice? Drop a comment below. Would love to hear from you. #anthonyhopkins, #crime, #funkopopvinyl, #hannibal, #hanniballecter, #hannibalthecannibal, #horror, #horrorbooks, #horrormovies, #horrorthread, #jodiefoster, #markyoung, #popvinyl, #reddragon, #serialkillers, #thesilenceofthelambs, #thomasharris, #thriller #london #australia #usa🇺🇸

Hey guys, So I just got back into playing $FridayThe13thTheGame probably haven't played this game in over a year if not longer. Well hopefully going to get back into it more often now, this is always my first attempt at doing some video editing as well, nothing too drastic but still a decent first attempt I think. #horror #horrormovie #horrormovies #Horrorgame #Horrorfan #HorrorThread #HorrorCommunity #HorrorMoviesandChill #FridayThe13th #FridayThe13thTheGame #F13 #Gamer #HorrorDad #GamerDad #Slasher #80s #80sHorror #Jason #jasonvoorhees #Smallstreamer #Youtuber #ContentCreator #Twitch #twitchTv 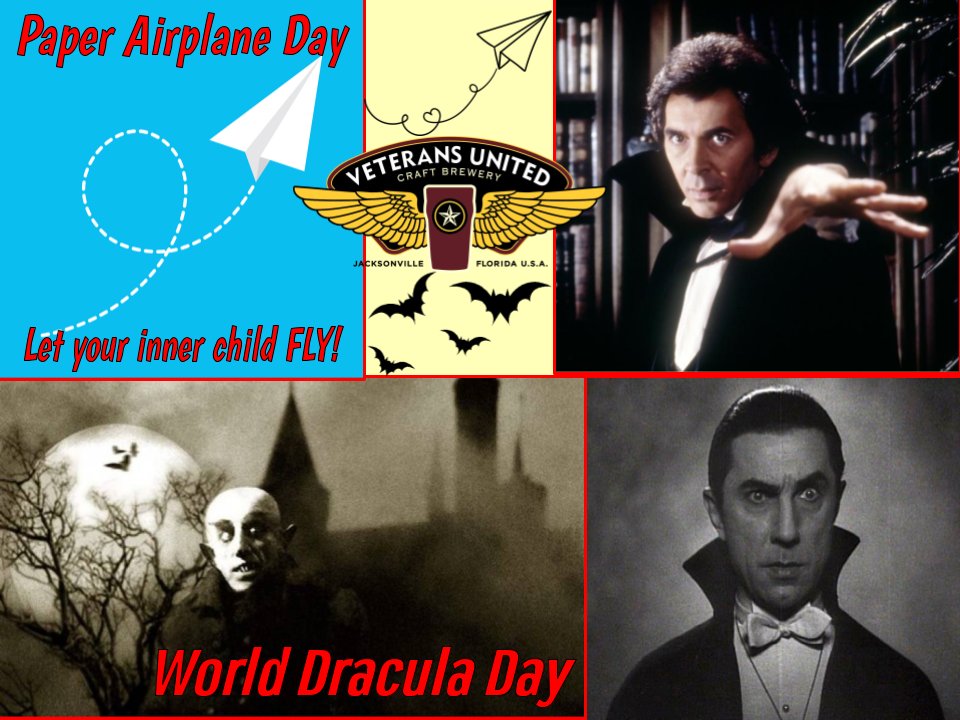 THE QUIZ ON HAUNTED HILL returns 8th MAY 2020 at 9pm (British Time) Prepare yourself for THE QUIZ ON HAUNTED HILL as I, your host will test 4 contestants to see who knows the most on the horror genre. https://youtu.be/C_NVdHLRwgA SUBSCRIBE, hit the NOTIFICATION BELL as a reminder and come and enjoy the quiz. #quiz #Quiztime #Charity #Horror #horrormovies #horrorcommunity #horrorthread #horrorquiz #horrorlover

THE QUIZ ON HAUNTED HILL will return on 1st MAY 2020 at 9pm (British Time) Four people involved in the making of the 2020 movie THE LAST ROOMMATE will go face to face for horror quiz glory. https://youtu.be/ekjnbS6LRS8 Come on over SUBSCRIBE hit the NOTIFICATION BELL as a reminder and join in the fun. This quiz is done for a bit of fun but mostly to try and raise funds for charity. #Quiz #QuizTime #Horror #horrorthread #horrorcommunity #horrorMovies #SupportIndieHorror #supportindiefilm 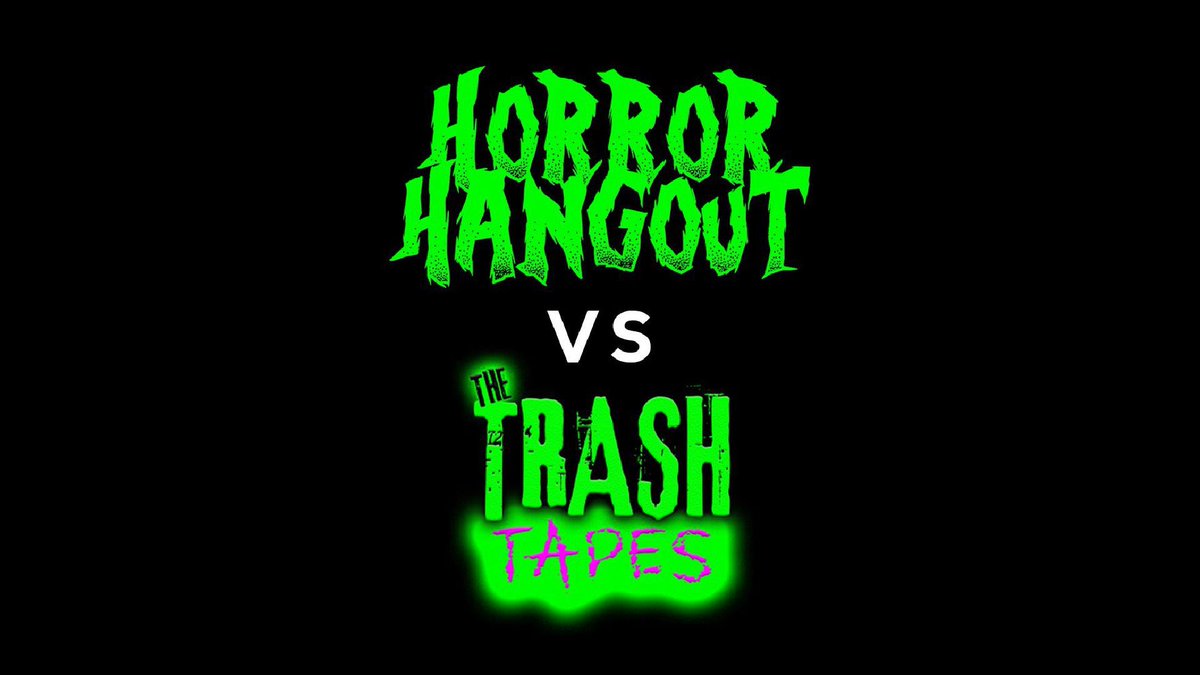 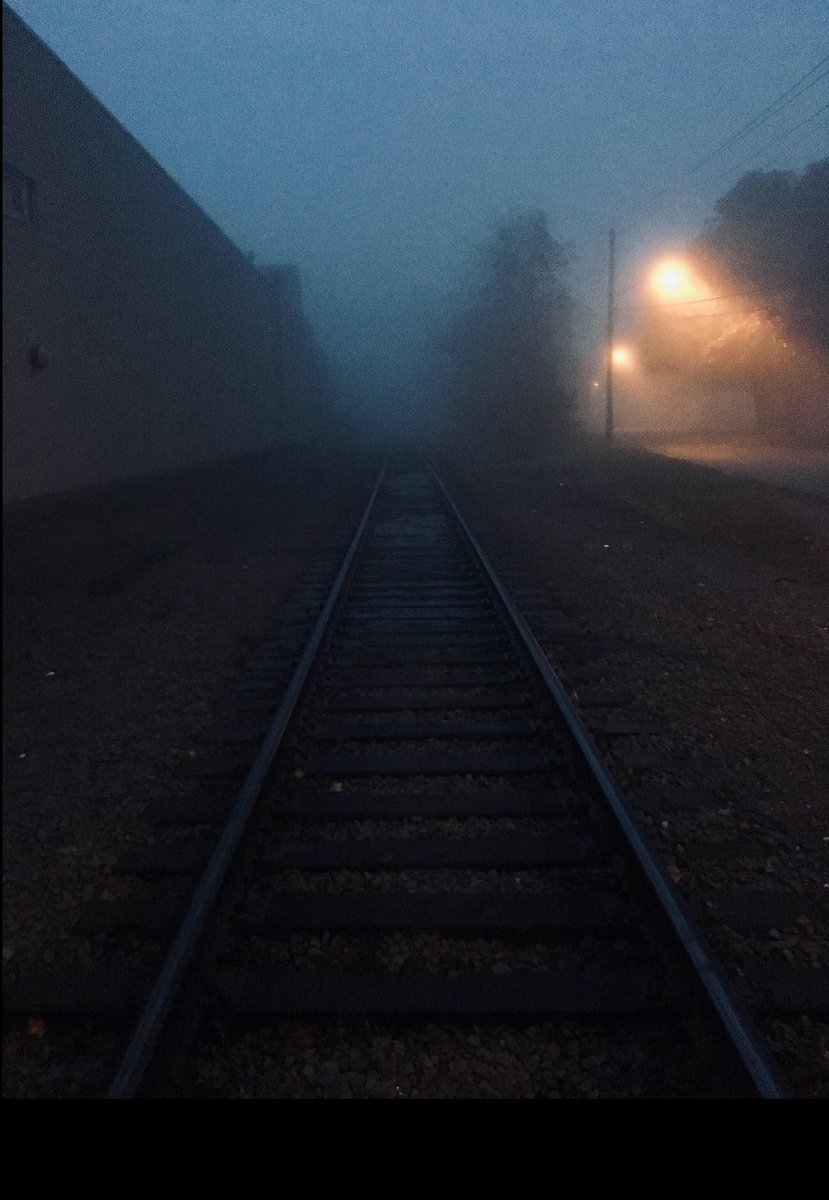 I found this creepy place it’s near my house.pic.twitter.com/DkN9tTh3fa

Celebrating Stephen King’s IT this week. I first read the book back in 2017 – about eight months before the cinematic release of IT Chapter One. And what a ride it was. I thoroughly enjoyed the short stories within the story – all those world building moments that weren’t focussed on the main characters but gave us a sense of how far and wide Pennywise’s power and presence had spread throughout Derry. And of course, paying homage to both Tim Curry and Bill Skaarsgard’s interpretations of Pennywise. For me, Skaarsgard’s version is up there with all the horror icon greats. What’s your favourite parts of IT? Feel free to drop a comment below. #andymuschietti, #horror, #horrorbooks, #horrormovies, #horrorthread, #it, #itbook, #itchapterone, #itchaptertwo, #itnovel, #markyoung, #necaofficial, #stephenking, #theworldofit, #timcurry, #vignettes 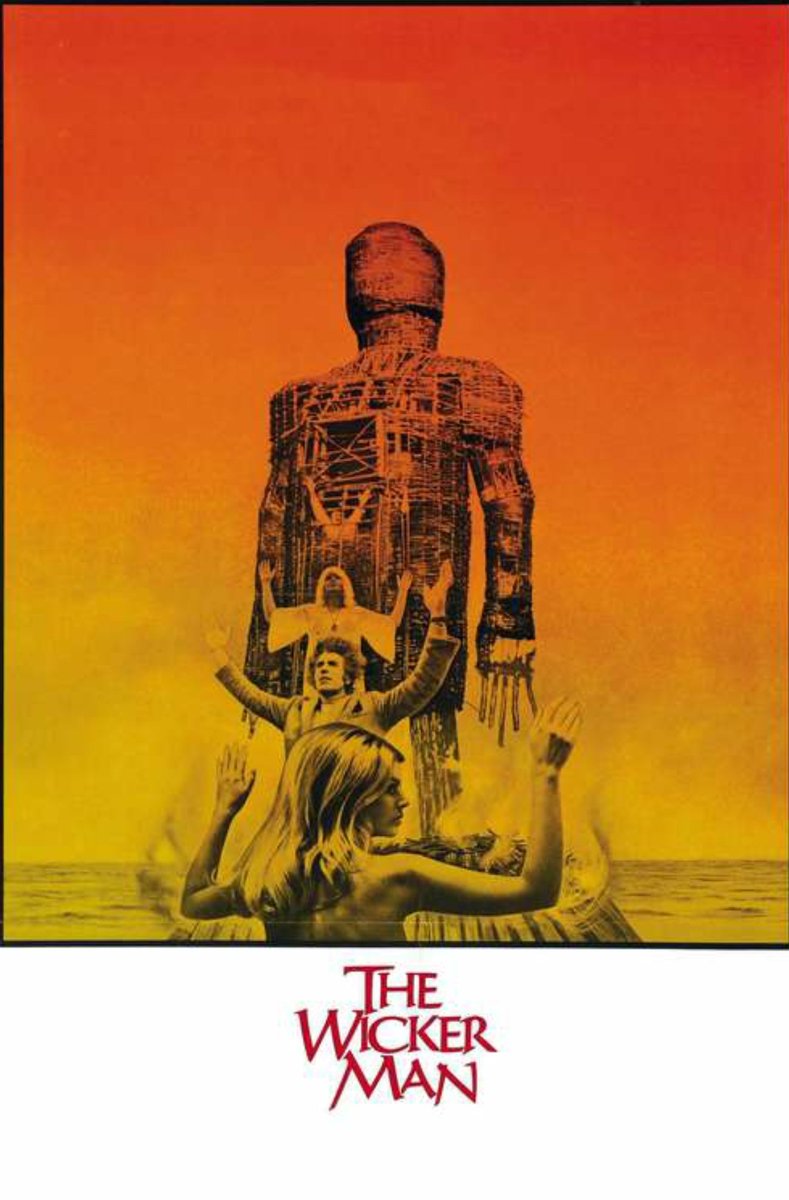