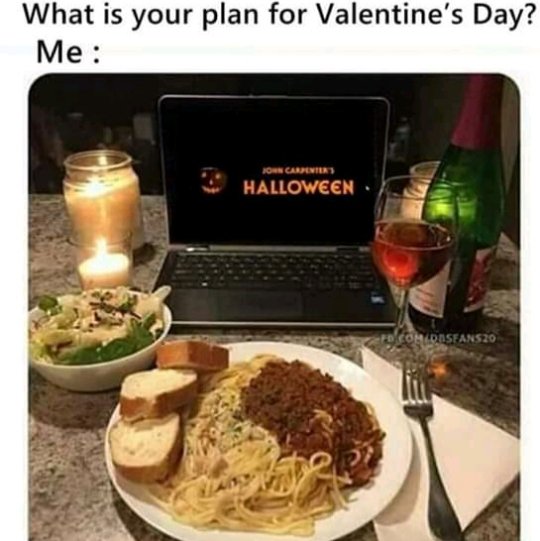 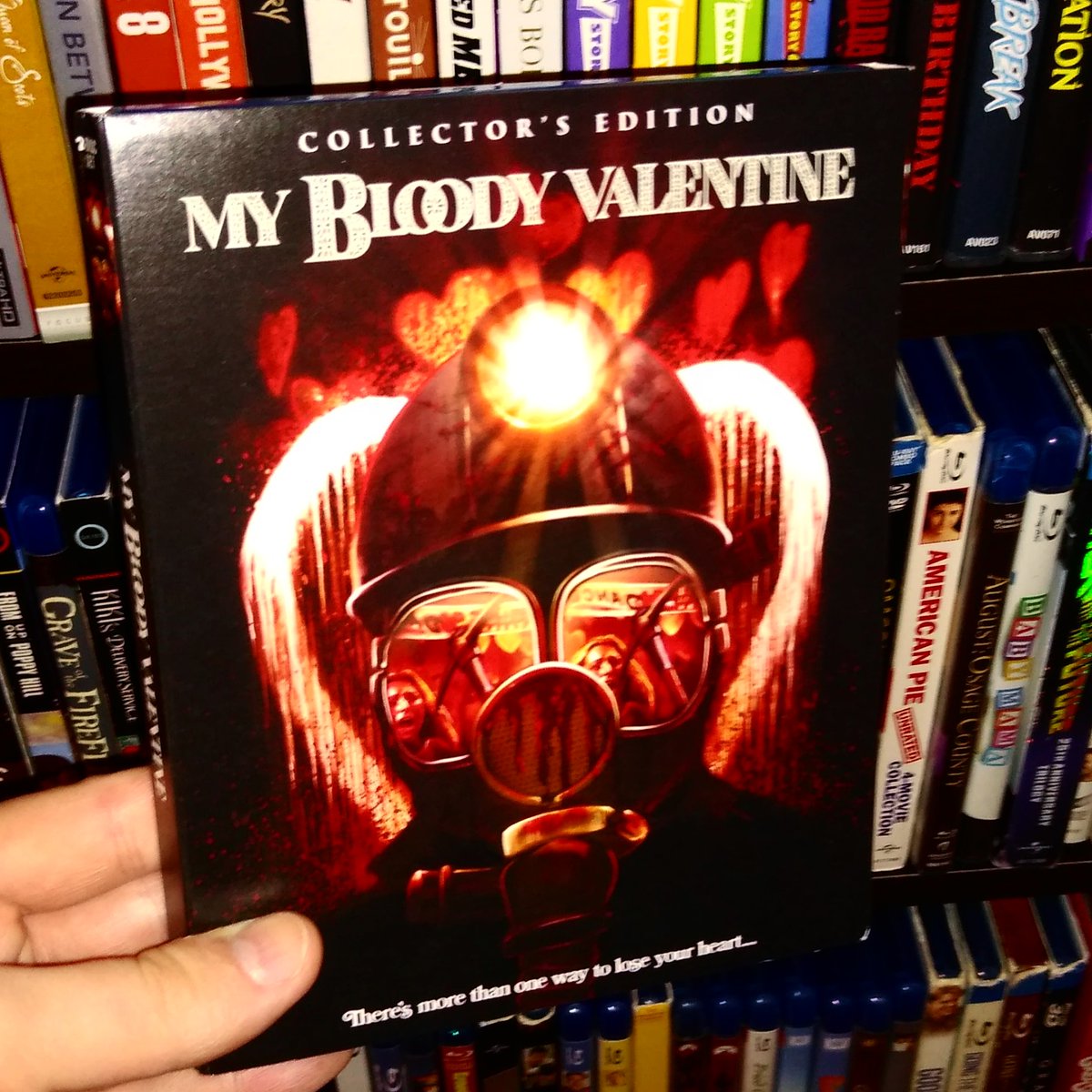 Love this release! The colors pop off the screen! The clarity is amazing! The ext scenes are seamless and cleaned up. One of the best releases from SF!! #MyBloodyValentine #Bluray #NewRelease #cinephile #moviebuff #horror #horrormovie #horrorfanatic #slasher #gorepic.twitter.com/amrF4eqUy5

I let the time pass too fast I crash, you crash.

An American Werewolf in London (1981) • Rick Baker won an Oscar for his work on the film, the first year the Academy Award created the competitive category for Best Makeup.

Everybody telling me that lifes short, but I wanna die. 🖤

Seeing everyone's true faces makes me which they would keep their masks on.

Wes Craven introduced us to one of the most disturbing couples in the history of horror in The People Under the Stairs: The Robesons. Join us Wednesday as we break down this underrated classic! . . . . #horrorfan #horrorfans #horrorfanatic #horrorfanatics #horrorpodcast #horrorfilm #horrorfilms #horrormovie #horrormovies #wescraven #thepeopleunderthestairs 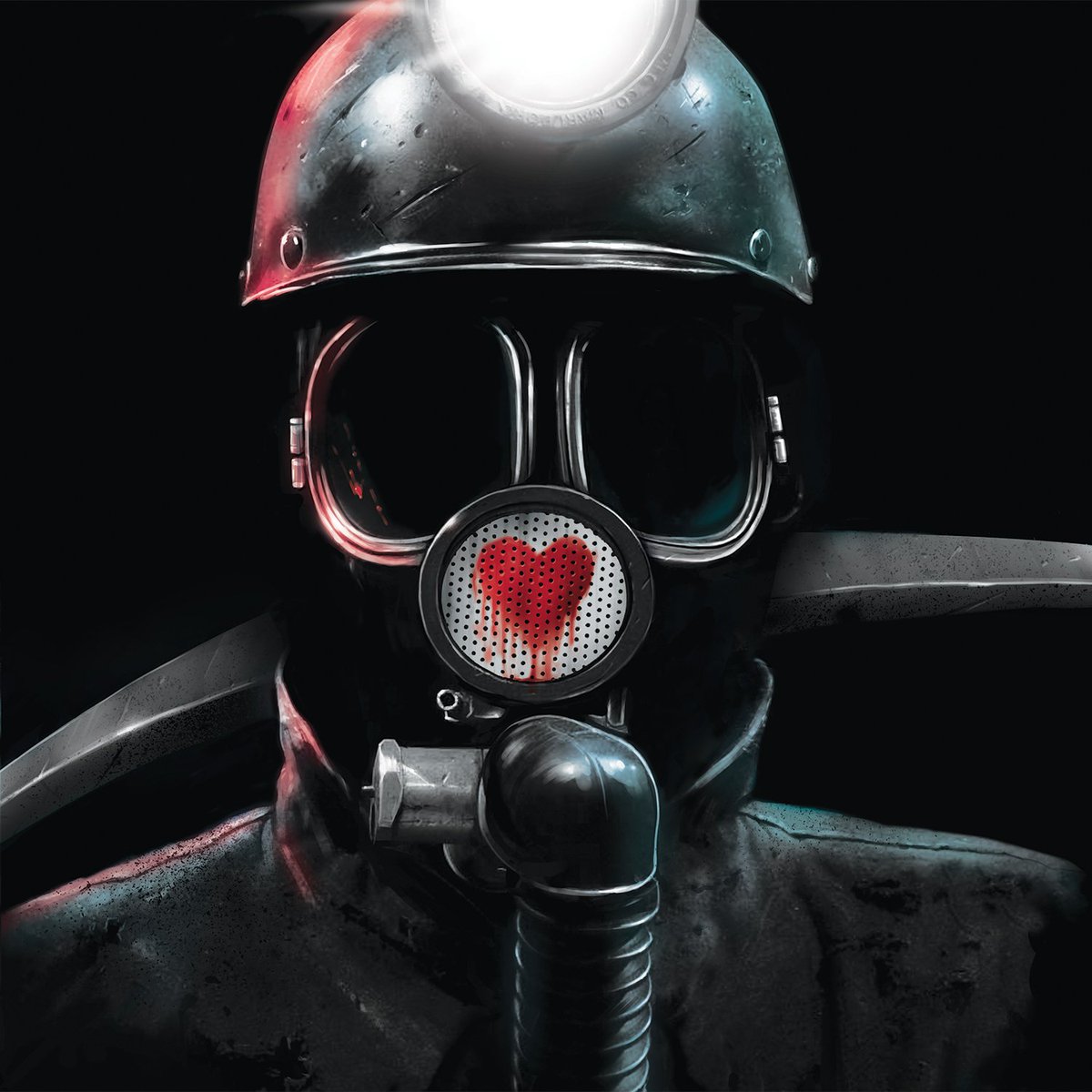 All this stress Look at this mess Look at my head, I'm better off dead 🖤

Castle 🏰 Freak 🧟‍♂️ will have its world premiere 🎞 at the Chattanooga Film Festival on April 16 and will play during the coveted midnight slot! 🔪 The film is a reimagining of the 1995 Full Moon classic of the same title. Directed by award-winning SPFX artist Tate Steinsiek, and written by Kathy Charles, Matt Manjourides and I produced the movie alongside the legendary Barbara Crampton and Cinestate’s Dallas Sonnier and Amanda Presmyck. 🔪 Castle Freak’s cast includes Clair Catherine, Jake Horowitz (The Vast of Night), Chris Galust (Give Me Liberty), and Kika Magalhães (The Eyes of My Mother). 🔪 We shot 🎥 entirely on location in Albania 🇦🇱 where my company @pioneer_media_services provided location and production services. 🔪 Last, but certainly not least, this movie will feature a soundtrack by the Beethoven of horror maestro Fabio Frizzi! 🔪 Stay tuned for updates! 📸 @meltyfeelings

My Birthday celebration at school today🎊🤩 And Chucky🔪 attended‼️💙💛❤️

Thank you @themysticmuseum & @radcoffee for such and awesome event, it was everything & more!🤘🏽 Can’t wait for the next @iepunkflea ♥️Don’t forget to check out @slashbackvideo this week ⛓⚒ 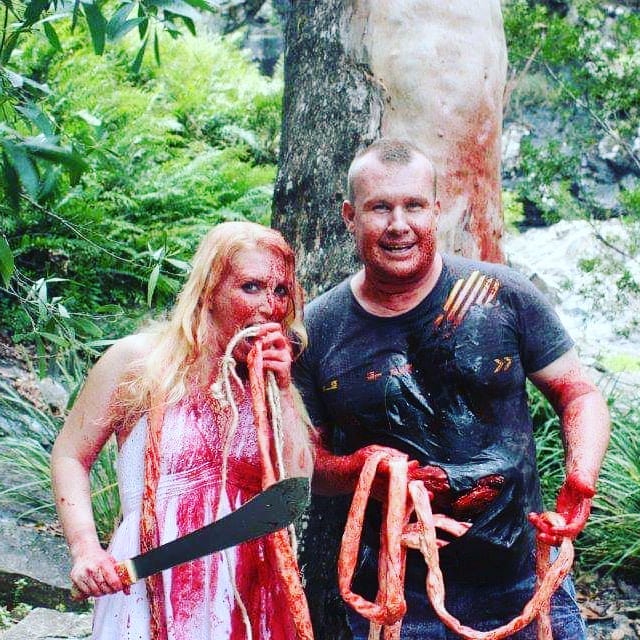 I know that I'm not that important to you But to me, girl, you're so much more than gorgeous🖤🥀

I know you not doing the best but I'm here, I'll always be here. 🖤

Happy #poptwosday 💖 have not picked up any of the new pops from La casa de papel but hopefully soon. Also please bare with me while I respond to messages 😭 I’m not ignoring you my friends it been a crazy week for sure. Much love

Throwback pictures... Again.. Still stuck in my slump of not wanting to even look in the mirror lol

This is your only chance, won't get another, dont let me down. 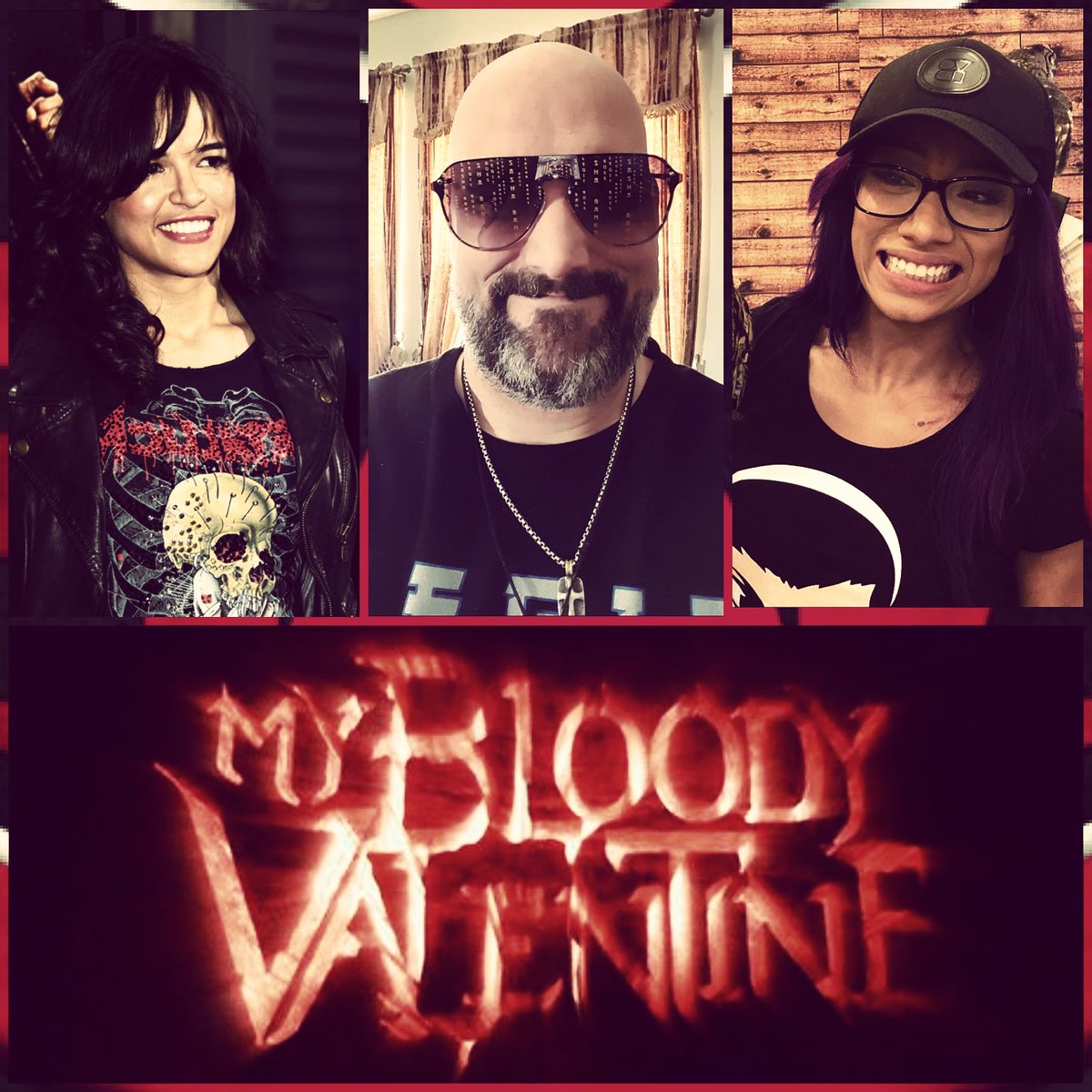 I got a feeling that im not gonna be here for next year, So lets laugh a little before im gone 🖤

Newest addition thanks to @krushervision 😍😍😍😍

Throwback of a small bean 4 years ago 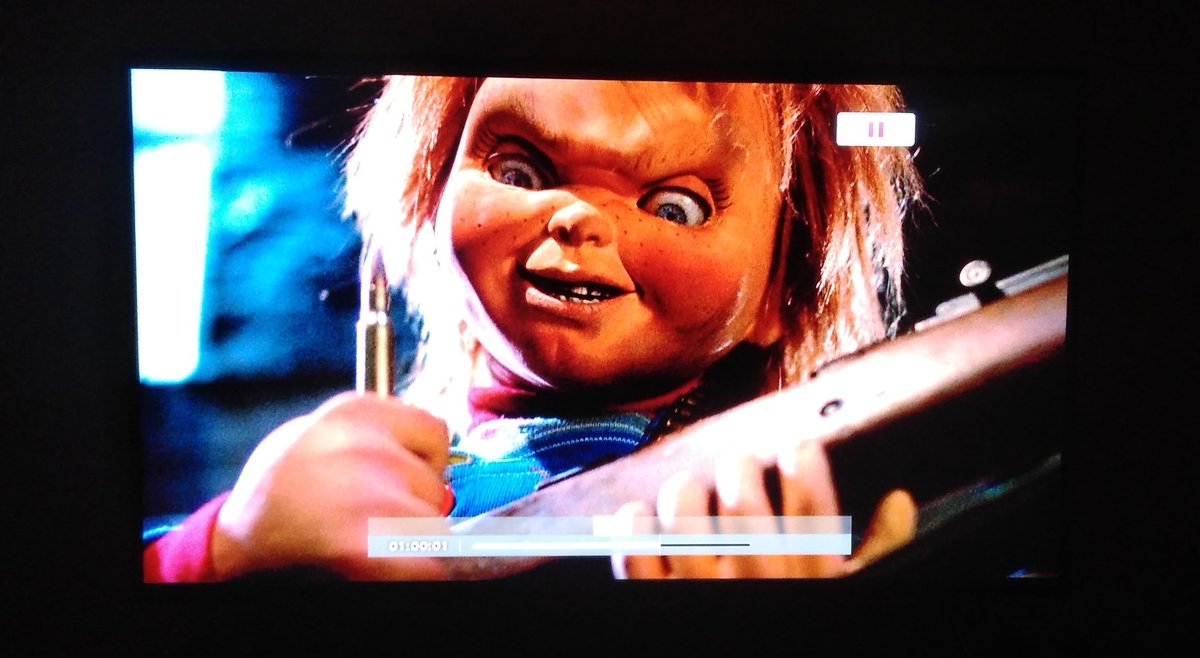 Turned 27 today, no I’m not going to watch this movie tonight , it’s just really convenient for the picture, I’d actually watch something I like on my birthday not this haha. 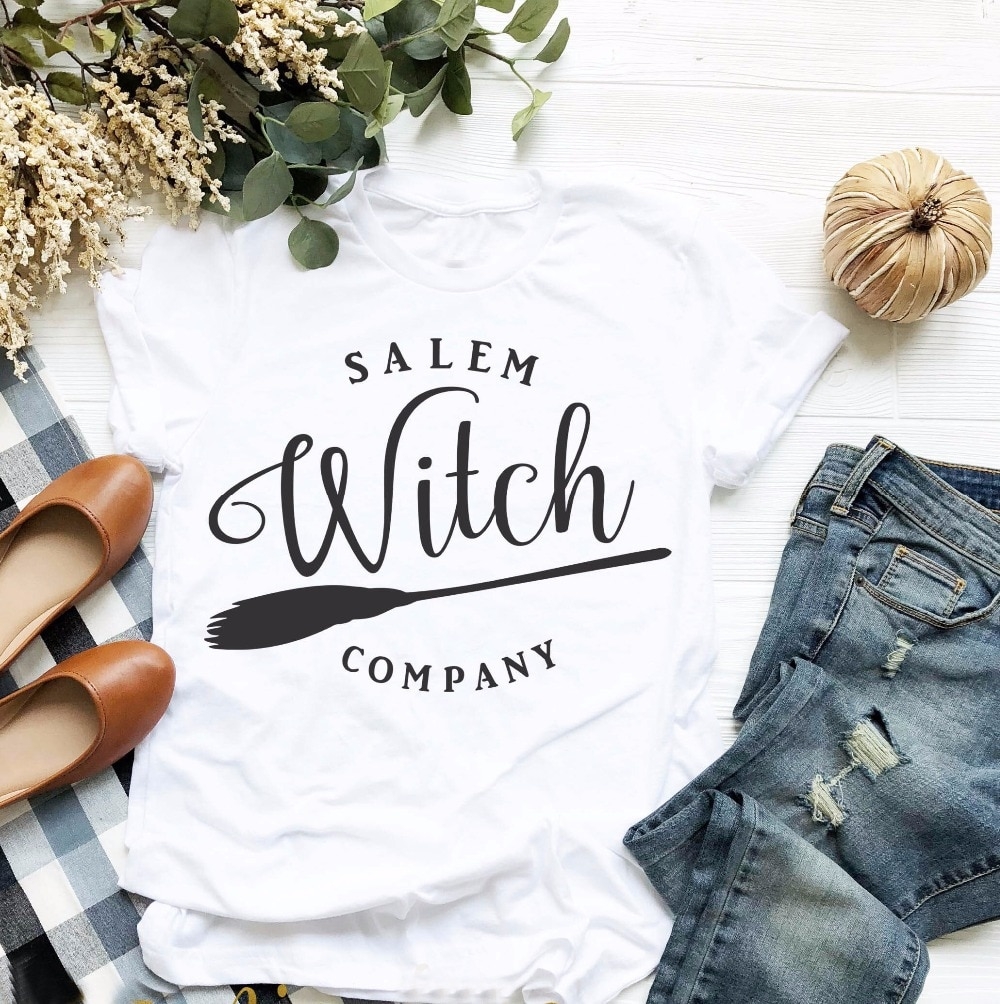 MOVIE REVIEW✏ . . Fantasy Island is directed by Jeff Wadlow and stars Lucy Hale and Michael Peña as five guests show up to an island to live out their ultimate fantasy, they soon realize how quick their dreams can turn into nightmares. Guys, I've been watching movies for awhile. In particular, I've been watching horror for as long as I can remember and this has never been a genre that primarily focused on the highest class of filmmaking. That being said, I actually enjoyed Waldow and Blumhouse's last effort "Truth or Dare" as the cheesy teen B horror that it was and guess what, as stupid and nonsensical as this can be, I kind of enjoyed it in the exact same way. . . Let's be honest, if this was released in the early to mid 2000s, the general movie going audience would not be as hard on it as they are now. It's only because we've seen a resurgence, a renaissance if you will, in the horror genre over the past 10 years, that has raised our expectations and heightened our tastes a bit. This movie is really not that bad when you watch it as low grade genre flick it was meant to be seen as. Now I'm not saying I loved it or even care to ever watch it again, but there were definite positives I can talk about here. I liked the look and overall aesthetic of this movie. Very vibrant and dynamic. This also isn't a straight up horror movie. They mix a lot of different types of genres throughout and I thought they connected them all quite well. The performances are mostly good, with the exception of your standard cringeworthy douchbags. And I actually thought some of the actors brought a great deal of emotion to these roles, which was unexpected. Michael Rooker also makes an appearance and is super over the top, but fun to watch. . . There are plenty of criticisms sure. The movie is way longer then it needs to be, there are around 15 plot twists in the last 20 minutes and none of them make any sense to who the characters are or the story they seemed like they were telling, and for a horror film, it's not scary in the slightest. But I was intrigued and invested in the mystery of what was going on, so I guess that counts for something? Right? SCORE - 7/10

Look at the sky tonight, all of the stars have a reason ⭐🖤