𝖨 𝗐𝖺𝗇𝗍 𝗂𝗍🏝 𝖨 𝗀𝗈𝗍 𝗂𝗍🍹 𝖨 𝗐𝖺𝗇𝗍 𝗂𝗍💵 𝖨 𝗀𝗈𝗍 𝗂𝗍🌅⠀ 𝖨 𝗐𝖺𝗇𝗍 𝗂𝗍🐍 𝖨 𝗀𝗈𝗍 𝗂𝗍💉 𝖨 𝗐𝖺𝗇𝗍 𝗂𝗍💀 𝖨 𝗀𝗈𝗍 𝗂𝗍🔥⠀ ⠀ Despite a convoluted and messy plot, very little clarity on the "mythology" of the place and some botched attempts at creating suspense and mystery, Fᴀɴᴛᴀsʏ Isʟᴀɴᴅ is just what I expected: a fun and harmless B movie that, in my opinion, has a rather interesting high concept that allows you to overlook the, albeit numerous, shortcomings of the flick.⠀ Another thing that I really appreciated was the location!🌊🌺🌴 However much shit director Jeff Wadlow usually gets, it must be pointed that his two Blumhouse efforts are some of the less claustrophobic films produced by the studio. ⠀ Yes, tons of the locations are mainly of the "anonymous jungle" variety, but the main mansion alone is glorious and the fantasy gimmick ❌𝗩𝗔𝗚𝗨𝗘 𝗦𝗣𝗢𝗜𝗟𝗘𝗥❌ allows you to leave the island from time to time. ⠀ I know, I know, it doesn’t seem much but the 7 million spent to make the movie are all on the screen, at least they tried not to limit themselves to the usual single location hauted house flick. 👉🏻Very much appreciated👈🏻⠀ Now I just can’t wait to book a vacation to Fiji 😍🌴🌅🌴⠀ As for real terror and violence, well, there is very little of both but, again, if you know what you are going to watch, you should not be disappointed. ⠀ The movie doesn’t offer much more beyond what’s shown in the trailer. ⠀ And that's fine and dandy.🙌🏻⠀ 🔥Chill out peeps🔥⠀ ⠀ P.s. If someone’s wondering about that, my personal fantasy would be “eating as much pizza as I want and not getting love handles”🍕⠀ Yes Fede, keep in dreaming!⠀ .⠀ .⠀ .⠀ #fantasyisland #fantasyislandmovie #blumhouse #blumhousefantasyisland #fantasyisland2020 #fiji #me #horror #nothorror #horroraddict #horrorfamily #horrorgeek #horrorcollector #happiness #horrorcollection #horrorlife #horrorgram #horrorclub #halloween #photooftheday #horrorcommunity #horrormovies

Showcasing a few of my favorite Spanish language horror films today. . In a Glass Cage is easily my favorite of this bunch. It’s dark, disturbing and fearless film, that approaches its subject matter honestly and never looks back. Cautiously recommended. Please research the film’s content before viewing. (8.5/10) . Julia’s Eyes is the newest film of the group. A neo-giallo, the film is engaging as both a mystery and as a horror film. Visuals are strong and Del Toro’s presence as a producer is definitely felt. Highly recommended. (8/10) . The House the Screamed is, conversely, the oldest film here. It is a mix of proto-slasher/proto-giallo. A bit rough around the edges, it still manages to create an effectively eerie atmosphere. Fun fact: this film is also cited as a major inspiration for Dario Argento’s Suspiria. Recommended. (7/10) . Pieces. It’s exactly what you think it is. Don’t watch with the English Dub unless you want to hear how unintentionally awful the voice acting is. (7/10) . That brings us to The Devil’s Backbone. This Guillermo del Toro masterpiece is often overlooked in comparison to Pan’s Labyrinth and, most recently, The Shape of Water. Although this is from early in his career, you wouldn’t notice it. The film is as intense and emotional as both those films, but is also much more sad than either of them. Highly recommended. (8.5/10) . What’s your favorite Spanish Language horror film?

From the vault! Lady Vengeance. A woman released from prison plots revenge against the people who put her there in this violent, stylish and downright gorgeous thriller. #horror #horrormovies #horrorcollection… https://www.instagram.com/p/B8r33PBBGRJ/?igshid=1xdyax254zjv4 …

A little throwback to my obsession with Negan (that still exists) because I’m excited for The Walking Dead to return on Sunday! Will Negan betray Alpha?! I definitely think so 🧟‍♂️ 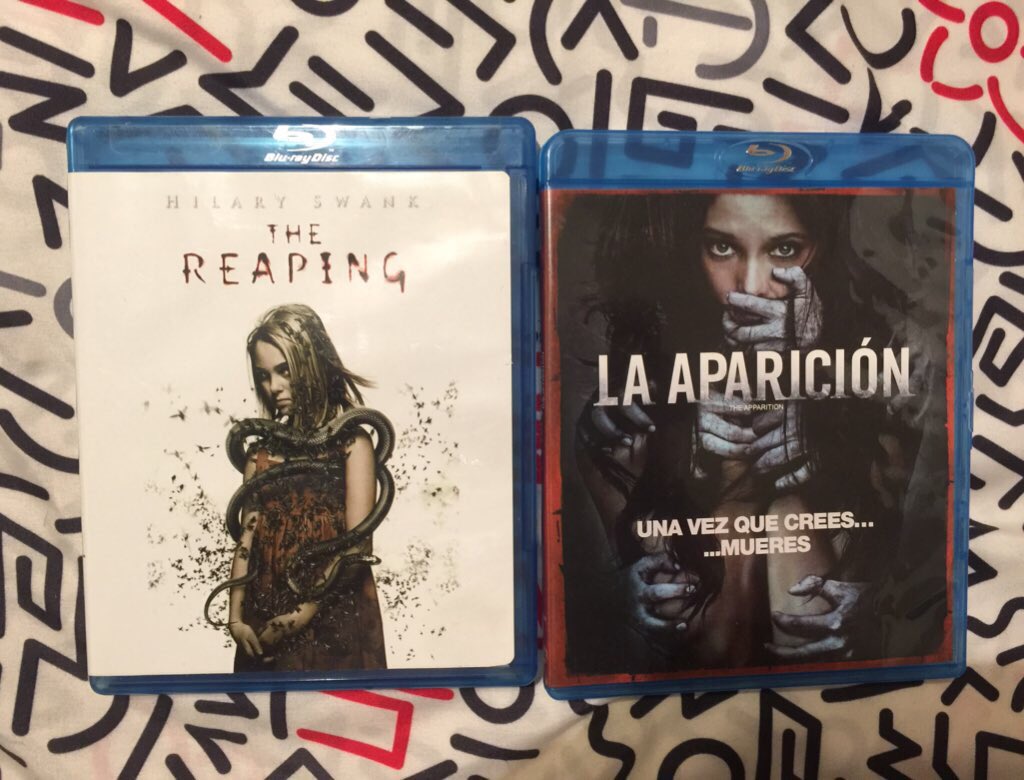 For the people who don't keep up with AXE but ask about buying one when I post production pics. Get yours now. Only 50 will be made. https://longliveevil.bigcartel.com/product/forever-face-2-0

Kora comes with a "love story" sort of... (read the story at the end if you're interested 😊). She’s available for sale in my Etsy shop! Link in my bio. . . *Side note* for some reason, Kora is difficult to photograph & capture all her gruesome details. She looks even better in person, I promise! . KORA'S STORY: . Kora was a beautiful dancer in ancient times. Her expressive ballet was vastly admired throughout the land. She had a friend, Sylas, who was very fond of her. One day, Kora agreed to go on a hike with him. Atop a hill, overlooking the sunset kissed landscape, Sylas mustered up the courage to ask for Kora’s hand in marriage. We don’t know what exactly happened, but according to Sylas, Kora was so taken aback by the proposal, she stumbled, lost her balance and tumbled off the cliff to her death. . . Kora, being a cherished member of her devastated community, was mummified and laid to rest in a tomb. Sylas couldn’t spend another moment without Kora’s presence. Late one night, he broke into Kora’s resting place and took her body. He dragged her body across the dirt, heading to the last place they were together, the hilltop. The moon was full this night and he used it’s light to guide his way. Sylas arrived to the hilltop with Kora in tow. . . He was unaware there was something hungry lurking in the shadows. In the dark, crouched an abomination that used to be a young girl named Moon. But you see, tonight she wasn’t a young girl anymore. She was a vicious werewolf that didn’t go through a painful transformation for nothing. It was time to feast. She burst from the shadows and charged at Sylas. Sylas let out an earth shattering scream as he dropped Kora’s body and stumbled back. He must’ve stepped back a little too far because next thing he knew, there was no ground beneath him. He tumbled off the cliff to his death. Moon didn’t miss a beat as she tore into Kora’s lifeless but still ripe flesh. “You get what you get and you don’t get upset”, she thought absentmindedly as she chomped on Kora's bloody heart. 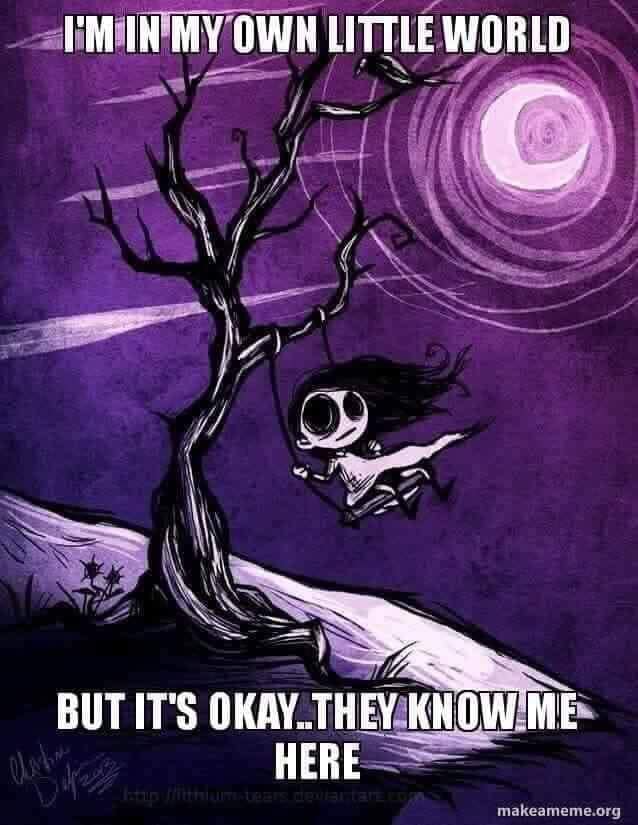 It's been awhile since I've posted but I am back from the dead today. I had a baby sitter named Penny when I was real little. Penny let me watch a bunch of scary movies. But I'll never forget the first one she showed me. Night of the Living Dead. Thank you Penny. 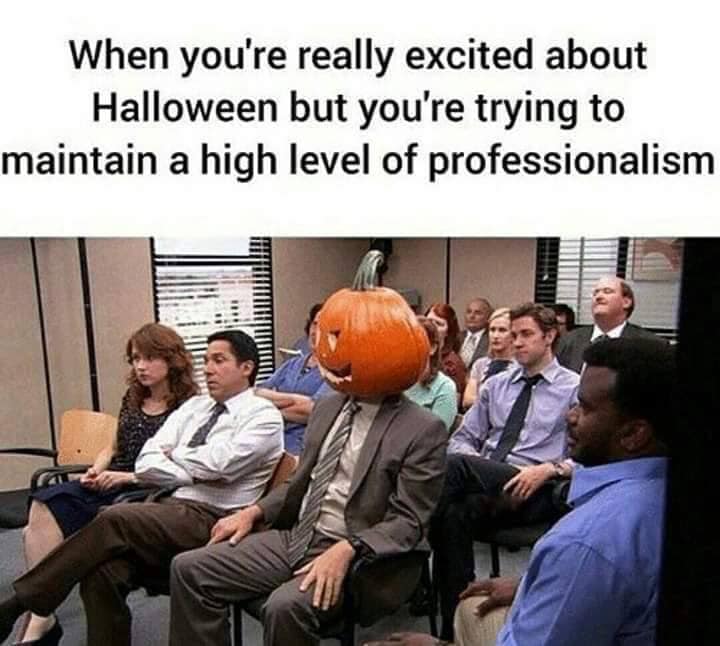 Today’s mail! Wasn’t able to get this one when it first came out, due to some car troubles. So thankfully I found one on eBay for cheap!

From the vault! Ginger Snaps. This right here is still one of my all time favorites and started my love for Katharine Isabelle. This film is nothing short of amazing. #horror #horrormovies #horrorcollection… https://www.instagram.com/p/B8pfCzOhLKv/?igshid=10gjgi3bmfdhj …

Got my print from @theaterofcreeps today and it’s amazing. 💖

From the vault! In My Skin. This self mutilation body horror movie is a real treat and matches the gore with some real dramatic depth. Excellent stuff. #horror #horrormovies #horrorcollection #horrorcollector… https://www.instagram.com/p/B8kQdNnheb9/?igshid=b951u7nc3vzf …

Ok, French Horror needs WAY more representation on blu-ray. Especially here in Region A land. Three of these four releases had to be imported and that just isn't right. . To boot, films like Frontiers and Inside still don't have wide, English friendly blu-rays. It's a shame because these horror films are some of the best of the past 15-20 years. . I'm especially fond of RAW which was my favorite film of 2017. . What's your favorite French horror film?