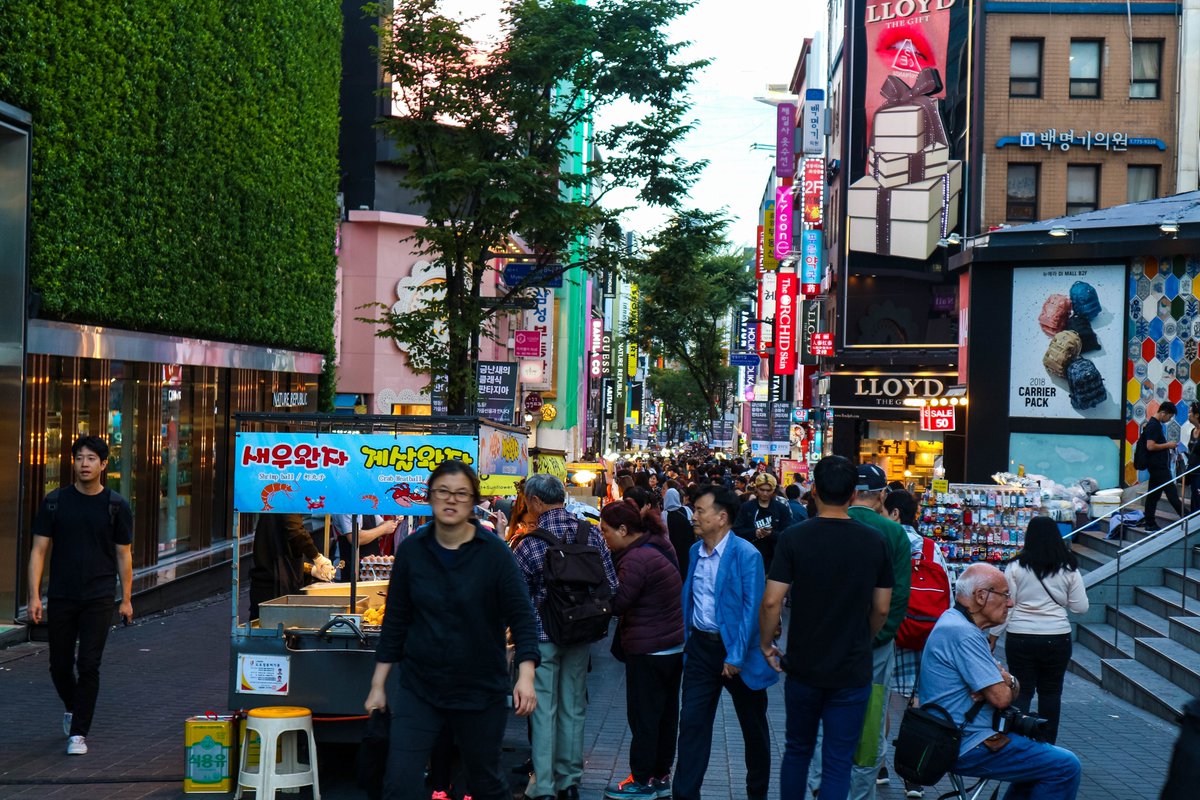 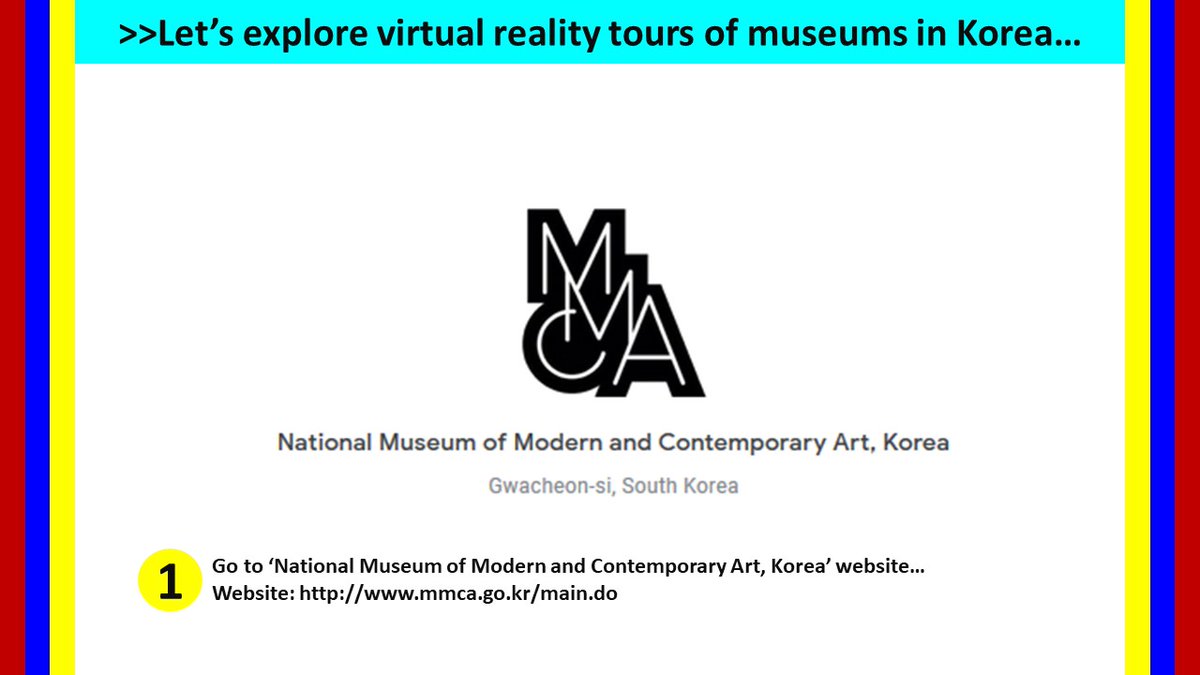 Gyeongnam Healing Destinations’ selected by Gyeongnam. There are many destinations that we can look around while maintaining social distancing #gyeongnam #visitgyeongnam #korea #visitkorea #explorekorea pic.twitter.com/XHu6jWJyaI

As S.Korea is now into #DailyLifeDistancing, #ExploreKorea is back to, well, explore Korea! Today we learn about #Andong. Tune in to hear about the area's rich historical culture and locations, like the #HahoeFolkVillage, or the popular dishes like #찜닭! #안동 #안동하회마을pic.twitter.com/u9XRVzh3QB 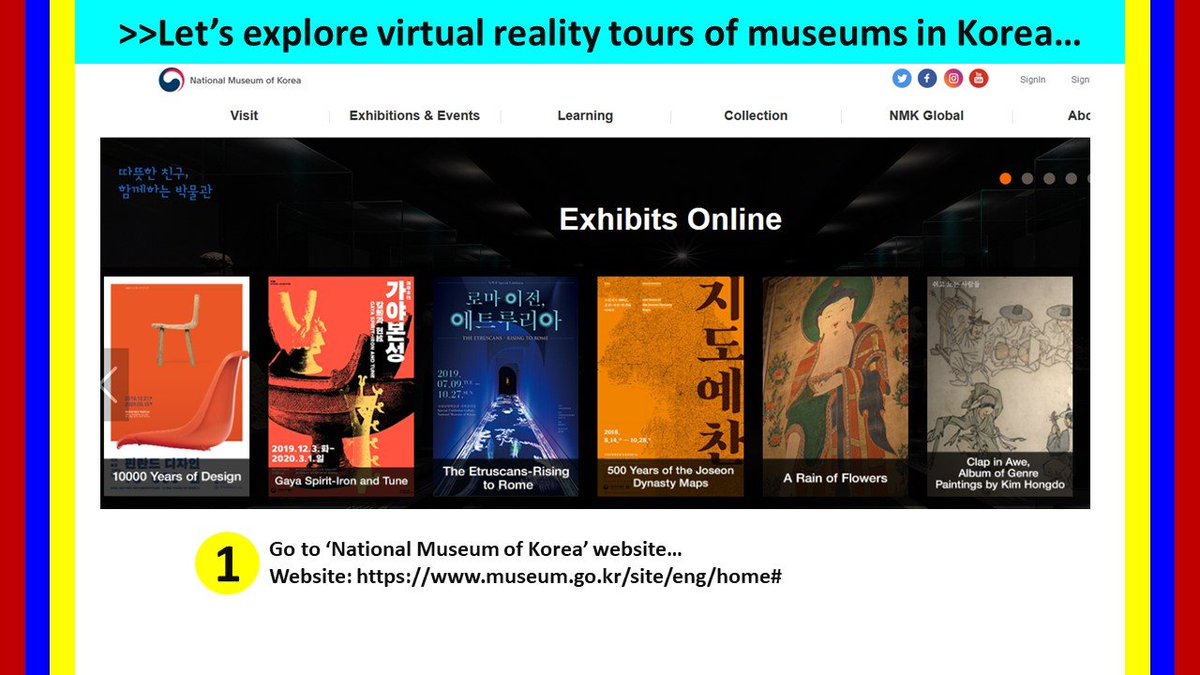 Everyday is a new opportunity to go out and explore. Yesterday I was able to go out and #explorekorea with a bike ride in my city of #보령. On one side of the seawall is the ocean, and on the other rice fields as farmers are out getting this year's planting done.

Cafe in the middle of nowhere - VOLT220! Chuncheon is slowly earning its’ name as the new capital of cute cafes, but instead of having them saturated in one spot, it has many different cafes in unexpected places! We had to drive out of the city to reach this awesome bakery cafe and it was totally worth it! The main reason I came here was for big windows, but I fell in love with their bread too! Totally have to go back there soon again! . . . Can you spot a human for scale? 🧍‍♂️ . . . . . . . . . . . . . #chuncheon #volt220 #gangwondo #southkorea #gangwonprovince #igkorea #koreacafe #chuncheoncafe #춘천카페 #볼트220춘천 #강원도 #강원도여행 #강원도래요 #춘천여행 #춘천맛집 #예쁜카페 #빵맛집 #강원도맛집 #좋아요 #풍경 #외국인 #빵집투어 #카페스타그램 #카페추천 #춘천데이트코스 #bakery #explorekorea #koreabyme

Udobong 🏞 . One of the windiest place in Udo island, Jeju, but you’ll see how worthy the views are! 👀 . At one point it was cloudy and I saw a light from heaven 👼🏻 . There were many trails to go through the hills and to the lighthouse. Check those out when you come here! 🚶🏻‍♀️ . . #visitkorea #koreatrip #wowkorea #2019wowkorea #wowkorea2019 #wowkoreasupporters #한국관광공사 #글로벌sns기자단 #visitjeju #udoisland

A line between white and yellow🟡⚪️ Can you believe it’s almost half of 2020?🤯Got blessed with new opportunities and it’s a blessing to get to keep creating in this weird times - What are you guys busy with these days?☺️ On #ExploreKorea we head to #Gunsan. Tune in to hear about key landmarks such as the #Saemangeum Seawall, considered the longest of its kind by @GWR! You can also hear about the Gogunsan Islands, comprised of about 63 islands. Don't miss it! #군산 #새만금방조제 #고군산군도pic.twitter.com/K3mPEfLQWN 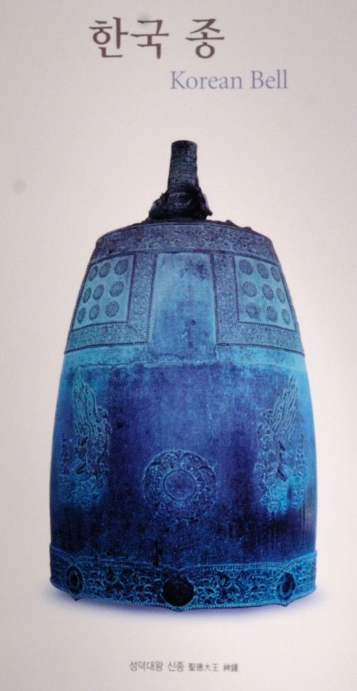 Taken * I remember so looking forward to the premiere of "Taken" on TV back in 2002! I had always had a soft spot for sci-fi stories about aliens, ufos, visitations and abductions, and this tale of the same about to unfold over ten episodes had me chomping at the bit! Sadly, tho, for me, the show just didn't click...I tired of the wooden acting, the cliche-filled script, and the preposterousness of the story lines...In short, I was not "taken" by Taken...and I didn't even bother to stick with it to the end...I had found nothing in the show worth remembering... * ...save one scene. * There was one short and wonderful morsel that utterly captivated me...in it, I felt or, more rightly, RE-felt that long lost sense of innocence and wonder...All that I had wanted Taken to conjure became encapsulated in a single fleeting setpiece of cinema magic... * It was a scene towards the end of Episode 6...a 3-year-old Allie (the gifted progeny of alien-abducted humans and played by an adorable Elle Fanning) visits an aquarium and finds herself transfixed by dolphins swimming in the tank...inexplicably, she feels an otherworldly kinship to them...and they to her...The scene's musical cue and her voiceover as she warily approaches the dolphins was enthralling! * The scene has never left me...it pings at my heart now and then...like a rallying cry of sorts... reminding me that between the black typed lines of our lives, deep in the crevices of our psyche are the totems we hang onto that help define the positive, hopeful, and nurturant aspects of our lives...what totems we carry will be unique to each and every one of us...Cherish those experiences and memories that uplift you!...They are the floats that help each of us weather the sadnesses and obstacles that inevitably drift our way...It's those treasured times that remind us of our humanity and our connectedness to our fellow Earthlings — human and otherwise... * * *

Something old within something new

A happier time - Gyeongbokgung Palace (경복궁) - when traveling was just a stone throw away, a second thought, taken for granted. # Gyeongbokgung Palace is also commonly referred to as the Northern Palace, built 1935 # How will travel change going forward? Not only flight stress but anxiety included, I bet. :: I am not sure how soon I will take to flying. What about you? Any thoughts? #travel #travel_captures #traveler #korea #경복궁 #GyeongbokgungPalace #koreatravel #travelgram #memories #goodtime #funday #instatravel #iseoulyou #life #neverstopexploring #explorekorea

Had to repost this #busan pic for a better feed✌🏻 Early morning in Busan, Korea Should we call this #traintobusan vibe? 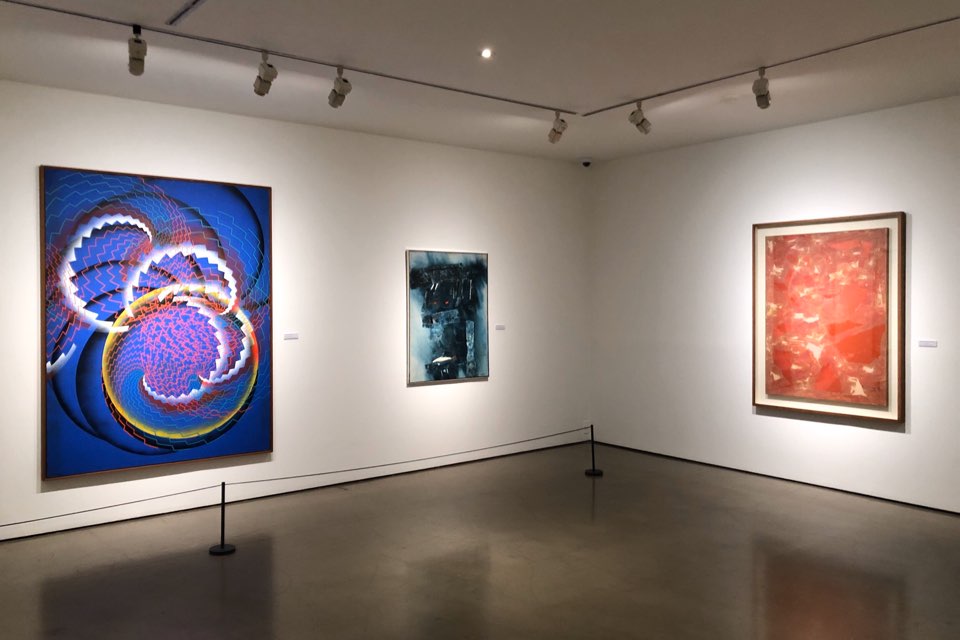 On #ExploreKorea Andy St. Louis introduces us to the #contemporaryart #exhibition #Hyundai50 at the @galleryhyundai. We talk about the gallery's founder, Park Myung-ja, as well as the show that features world-class works from the 1970s up to today! Don't miss it! #백남준pic.twitter.com/iec9VFuGl7

The Style Nanda Pink Pool Café is one of the cutest cafés in Seoul :-) Sweet drinks and beautiful interior design~ Outside we took pictures on the balcony and it was sooo nice feeling the breeze and the warm sun on our skin, I miss it so much.

#Gwanghallu Pavilion is a serene historical landmark located in #Namwon City, Jeollabuk-do Province. According to the most famous #pansori (traditional Korean musical storytelling), '#Chungyangga', this is where Mongryong, the son of a district magistrate is struck with love at first sight for #Chunhyang as she rides on a swing. The fame of the love story has characterized Namwon as the 'City of Love'💕. - 📍Address: 78 Cheongeo-dong, Namwon-si, Jeollabuk-do Province - ※ These photos are courtesy of Lee Tae-ja. If you also have beautiful pictures of Korea to share on our social media channels, please send them to [email protected] - #explorekorea #discoverkorea #koreatrip #koreatravel #travelkorea #gwanghalluwon #gwanghanru #gwanghanruwon #광한루 #광한루원 #남원여행 #춘향가 #춘향전 Ever wondered what Korean money looks like? 💷 Have you heard the big numbers and wondered what can you get for it? Saw the beautiful pictures on the back of the Korean won but it doesn’t resemble anything in your memory? Not to worry! We are here to give you a brief overview of Korean heroes and help you ‘un-code’ the pictures behind it. 🤓 LINK IN BIO!

Egg-bun or gyeran-ppang is a popular street food specially during winter time when we can see people lining up in front of egg bun stores. There are two types of egg bun, one with egg between the bread like a sandwich and one with egg on the top of the bread. It has a taste somewhat similar to corn muffin with egg and has a slightly sweet and salty taste at the same time. It is also similar to the Indian street food bread omelette. Try to make it at home since it's a super easy recipe and best for tea time or a lazy Sunday morning brunch. . . #repost @kto_india #eggbun #bread #omelette #streetfood #famous #brunch #snack #easyrecipe #VisitKorea #ktoindia #travelingram #tripkorea #exploreKorea #travelKorea #Korea #kpop #kdrama #korea #india #unitedkpopindia #koreanfood #koreanstreetfood #hallyuwaveindia

Independent Gate, where the warrior and heroes been honored for their sacrifice. 。 。 Beautiful shot by @sunw2003_agoodplace 。 #korealandscape 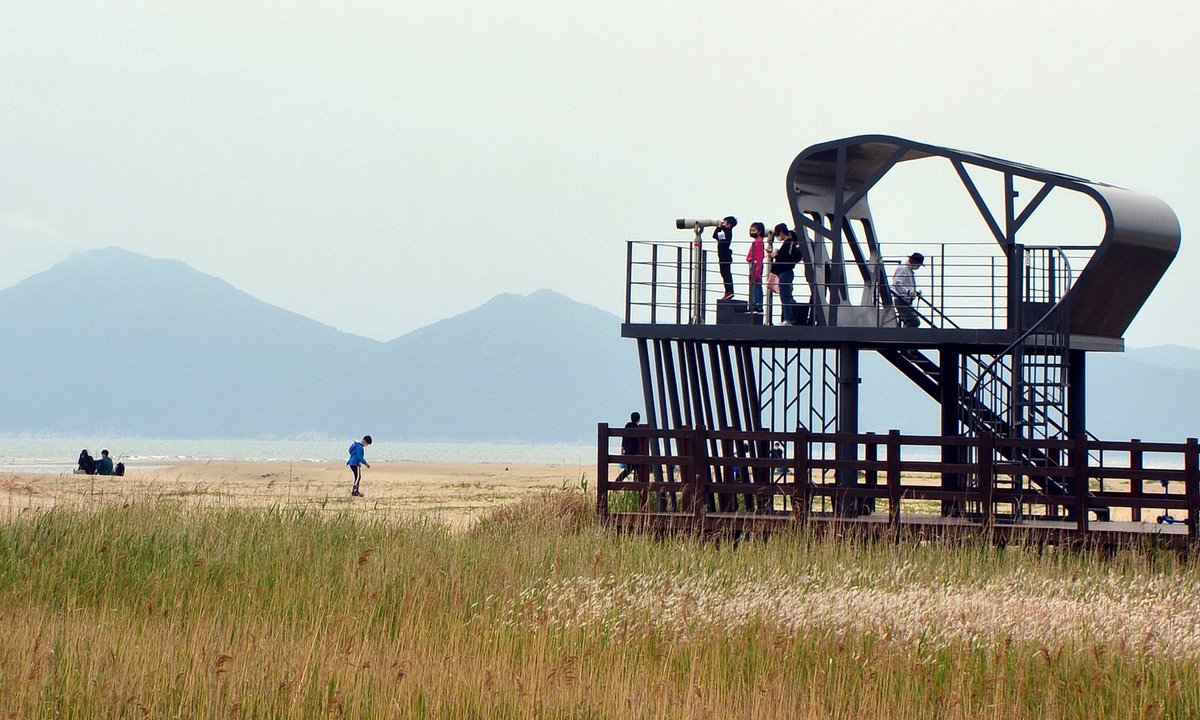 How you all had a wonderful weekend! The weather was so nice in San Francisco, it definitely had me longing for summer days. Alright looking forward to the next long weekend ☀️ Some nice girls allowed me to take a pic of their food ✌🏽😂 @maryxcp remember?

After living somewhere for a few years, things tend to stop feeling new and exciting and strange and different - they start to just feel like an everyday part of your life. When I first came to Korea, I kept the A/S sticker for my Samsung external HDD that I got repaired because 'it had Korean on it' and 'it looked cool.' It's kind of surprising how easily humans can get used to a change in surroundings. Korea feels more like home to me now than the Netherlands does (every time I've been back, the first thing I thought was 'Wow, there's so many foreigners here'), and it doesn't feel like I'm living 'abroad.' ⠀⠀⠀⠀⠀⠀⠀⠀⠀ The times when that feeling - of living abroad - makes its triumphant return, are the times I cherish the most. When I walk through old neighborhoods like the one in these pictures, I feel that I'm somewhere that is still, and might well always be, foreign to me. ⠀ ⠀⠀⠀⠀⠀⠀⠀⠀⠀ ⠀⠀⠀⠀⠀⠀⠀⠀ ══════════════════ #seoul #korea #southkorea #koreabyme #explorekorea #thisiskorea #lifeinkorea #koreatrip #seoulkorea #visitkorea #ig_seoul #ig_korea #streetphotography #citystreets #cityscenes #여행스타그램 #아름다운대한민국 #네덜란드 #사진여행 #서울스냅 #일상을여행으로 #한국생활 #거리 #거리사진 #스트리트포토 #zuidkorea #nederland #reisblog #reisfotografie #expat