English 👇 私達の声が宮子に届いています！ 昨日、宇都宮動物園で45年以上の間ネグレクトを受け続けている、ゾウの宮子に関する投稿が同園から投稿されました。そこには、「献身的な世話をしている飼育員を悪く言うのはやめて欲しい」と書かれていました。 ・宮子の飼育方法に関して：私達はこれからも宮子の飼育に関して受け入れられない生活環境の改善が見られない限り、継続して改善を訴え続けます。 ・飼育員に関して：動物園の何の投稿か、コメントか、ツイートかを参照にしているかは分かりませんが、私達は飼育員を責めたことは一度もありません。彼らは彼らの今ある状況の中、出来得る最大限の世話を宮子に施しています。 同動物園は事実や証拠に対してどんな合法的な行動も出来ません。なのでもしあなたがまだ日本動物園水族館協会(JAZA)に宮子を救う為のハガキを送っていないのなら、是非送ってください！宜しくお願いします！ 送り先: 110-8567 東京都台東区台東4-23-10 ヴィラハイツ御徒町402 日本動物園水族館協会会長 福田豊様 Our voices for Miyako are being heard! The Utsunomiya Zoo, where solitary elephant Miyako has lived for over 45 years, posted yesterday on Facebook that people should stop talking badly about how Miyako is kept and the work of the zookeepers. • Re how she is kept: We will continue and must continue to speak out against the totally unacceptable enclosure in which Miyako lives. • Re the zookeepers: I don't know what posts/comments/Tweets the zoo is refering to but the zookeepers are not the ones to blame. They are doing the best they can for Miyako under the circumstances. The zoo cannot take any legal action against facts and evidence. So if you haven’t yet sent your postcard to JAZA, please do so! JAZA - JAPANESE ASSOCIATION OF ZOOS AND AQUARIUMS 402 Vira Heights Okachimachi 10-23-4 Taito, Taito-ku, Tokyo 110-8567 Japan . — words by @elephantsinjapan —images by @elephantsinjapan and @yumi930 . . #veganfortheanimals #ゾウ #犬 #veganjapan #ヴィーガン #saveelephants #動物 #宇都宮市 #宇都宮動物園 #犬バカ部 #ビーガン#アニマルライツ #ペット #宇都宮 #動物園好き#vegansofig #犬のいる暮らし #像 #犬好きな人と繋がりたい #動物園 #犬 #動物好きな人と繋がりたい #vegantokyo #ベジタリアン #動物大好き #動物好き #zoos #elephants #elephant

To increase chances of speaking when they are not eating

A close up look at our elephant batik tank 💜 #batikelephant #bohoxoxo

Forest elephant populations smaller than previously thought. “A new study conducted by an international research team suggests that the population of forest elephants is between 40-80% smaller than previously believed. The authors of the study stress the necessity for further research into forest elephant behaviour and, importantly, their population sizes. Forest elephants (Loxodonta cyclotis) are found only in the rainforests of Central and West Africa and in 2010 were declared to be a distinct species separate from the more widespread African savannah elephant (Loxodonta Africana). Forest elephants tend to be shy and cryptic, and often inhabit relatively inaccessible areas and, as a result, their demographics and social behaviours are not as well-researched or understood as those of the other elephant species. Unlike savannah elephants that live in large herds of related females and their offspring, forest elephants are understood to be less social, occurring in groups of two or three related females. The decline of forest elephants has been well-documented by several previous studies, including one which reported a loss of over 80% of the forest elephant population over a decade in north-eastern Gabon due mainly to habitat loss and poaching. This particular study focused on the Industrial Corridor linking Loango and Moukalaba-Doudou National Parks in Gabon, described as a “bastion” for forest elephants, estimated to contain around 10% of Africa’s forest elephants by a previous study (approximately 10,000). Researchers used a method known as genetic capture-recapture to assess the forest elephant population size of the Corridor. This involved collecting dung and analysing the DNA samples to build up a genetic database for each elephant, which in turn helped to prevent overcounting, as previous studies could not differentiate where one elephant had deposited more than one separate dung pile.” Source: Africa Geographic #elephants #savingelephants #animalsofig #conservation #wildlife

It is good to vent, but bad to provoke.

NOMAD — “Africa is all about surprises !! In all my recent trips to Amboseli, I have known most of the large bull elephants by their names....Late.TIM, CRAIG, PRIMO, TOLSTOY...but to see such large new bull in the park is always an awesome surprise. We were looking out for large elephants for two days in different parts of the park to no result. There is a remote place closer to the dry lake where I have been lucky often and we decided to head there in the morning. Kamau my KWS guide was not sure of this choice but I said lets take a chance. At a distant horizon I spotted a big herd moving towards us and we spotted this huge nomad bull. There were no one around us and thus this was as exclusive encounter. I knew if I missed this opportunity, I would only myself to blame and not the situation. For me proximity is everything and I love the quality of capture that you can get with a medium format camera and a with a standard lens and not a boring long telephoto.” #wildestafrica — 📸 @jaydeeppatilphotography

I really liked this book, but the cover does not do it justice. Jack and his mom are camping in Maine. When he wakes up in the morning, his mom is gone, taking the car with her. His mom has disappeared before, but now Jack is two states away from home! He doesn't want to ask for help, because that would mean he'd be taken away from his mom for good. After searching Mount Desert Island for her, he decides to make his way back to Boston on his own. He's very resourceful, and although it isn't easy, and lots of people end up looking for him, he does pretty well for himself. He has to make some decisions that aren't really the most ethical, but he does feel very guilty about them. Jack is pretty obsessed with elephants, which explains the cover and some of his actions. I would just rather see a cover more reflective of his journey, which is why I chose this background paper. #smallasanelephant #middlegradefiction #middlegradefiction #elephants #journey #mountdesertisland #mentalhealth #familyfiction

One of our favourite experiences on our trip was spending our entire day feeding, walking, making food and bathing Elephants in Thailand. An experience we will never forget🐘🖤 . . For more on our day at the Elephant Sanctuary and what we got up to, check out our story or our Chiang Mai highlights! . . . #elephant #elephants #retreat #chiangmai #babyelephant #femaleelephants #sanctuary #elephantsofinstagram #karenelephantretreat #elephantnaturepark #experience #amazing #thailand #travel #adventure #explore #trips #bestday #travelcouple #incredibleanimals #mini #sun #feeding #food #bamboo #forest #mud

No one ever gets bitten by an elephant but people get bitten by mosquitoes all the time. If we want to get to the top of our profession, we must be critical about little things.

Join my Community for Animal & Nature Lovers at AnimalCoinGroup.com

Cage The Elephant did

So she was offering for my neon owl and I declined the trade and said nty.Then she starts talking about how rare the neon elephant was so as the blue dog. I didnt want to do it bc i already had those. So then she starts talking my personal life and saying have no PARENTS- pic.twitter.com/P0KzBYqLCz

They made it ! Loisaba , Bawa , Nadasoit and Lchurai are ushered out of the truck that ferried them from the Reteti Elephant Sanctuary to the Sera Rhino Sanctuary which will be their new home for now. With 107 square kilometers of space to roam freely , wild elephants, giraffe and other animals, they will be fending for themselves as wild elephants do. However, they will not just be dropped off and left on their own. A team of monitors will be keeping an eye on how they settle into the area. However we feel very confident that they will settle in just fine as the area couldn’t be looking more green and lush for them. Photo by @chancellordavid @conservationorg @kenyawildlifeservice @savetheelephants @nrt_kenya @elephantcooperation @sandiegozoo @magicalkenya #protectelephants #bekindtoelephants #DontLetThemDisappear #elephants #saveelephants #stoppoaching #kenya #northernkenya #magicalkenya #whyilovekenya #africa #everydayafrica

#samburu #samburunationalreserve #elephant #elephants #kenya #wildlife Going to Kenya was a dream come true, I feel lucky to have been, such memories. Hope to go again.

Here’s a cup made by my wife, @rileydogstudio. Read the original post below. ・・・ If elephants lived in the Pacific Northwest this is the cup they would use! 😂🧡 These don’t 100 percent go with my collection but I couldn’t resist sharing their sweet goodness! Link to my shop is now available in my bio! Thank you for all the warm and encouraging feedback! Means so much! 🌿 #slabbuiltceramics #pnw #pnwonderland #slowliving #sharegoodness #createanyway #plantsmakepeoplehappy #ceramics #elephants #enneagram9 #kilnfolk #interiors #woodisgood #slowart 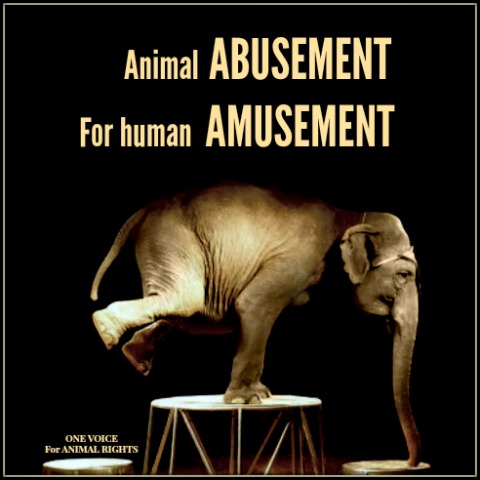 Is it this guy? Maybe? #WWG1WGApic.twitter.com/VB4HfKJlYh

🎁 #GIVEAWAY 🎁: As part of our Grand Opening, we decided to give away two necklaces every 3 days. Enter for a chance to win two K-POP necklace and earrings sets that also comes in silver, all you gotta do is: 1. Follow us at @vetus.ars 2. Like this post 3. Tag two friends in the comments Sweepstakes begins at 2:00 PM EST on Saturday, May 30, 2020 and ends at 2:00pm EST on Tuesday, June 2, 2020. Participation open only to residents of Canada and the United States.

I'm an elephant too

Rachael Yamagata really did something with "Elephants Teeth Sinking Into Heart". This is the soundtrack to my depressed life.

It is a potter’s wheel or elephant cow Thus, there are differentiated as hare, bull, or a woman’s sexual ecstasy first Sensual

Throwback to my first wild sighting of Elephants, you don't go on a trip to a hill station place like Munnar, planning to see a wild animal, let alone a elephant, all I wanted was to soak into to the heady mix of the Tea Gardens, hilly chilly weather and fog, as I walked across, out of nowhere my eyes fell on to this majestic creatures grazing about in all their wilderness glory, . Watching wild animals out of the blue is an exhilarating experience, since just like love it comes uncalled. . Xoxo...Munnar . #elephant #elephantlove #photooftheday #elephants #breakfree #love #loveisallyouneed #amour #wild #wildlife #india #solotravel #solo #animallovers #travel #earthpix #roamtheplanet #wanderout #outdoor #storiesofindia #latergram #nature #raw_mobile #mobilephotography #munnar #bestoftheday #xoxo #trekking #adventure #weekend

A sweet baby girl is on her way 💛

Elephants are Awesome Click the @loveforanimals_clothing link in our bio for a great value.

Thanks Tink! You are always on it!