No, it is all going according to plan, knowing most will do nothing. They are conditioning people, like pavlov’s dogs, any efforts to protest now and in the future will be squashed by the regime. By November Trump will have stolen the elections. President Putin by Proxy

Dear America, Is this the type of "President" you wanted? A man who threatens the very citizens he swore to protect? We live in a country where it's citizens have resorted to violence to be heard. We live in a country where 100,000+ of its citizens have perished in the span of 3 months. Don't make the same mistake again, don't listen to the media Biden's "rape" allegations is another Hillary's emails. You let a democracy crumble because of emails. It will be gone if we have another four years of this corrupt and vile administration. #justiceforgeorgefloyd #Democrats #elections #elections2020 #Joe2020 #Joe #Biden #Biden2020 #JoeBiden2020 #JoeBiden #trump2020

Growing up I have always heard people saying politics is dirty, it's bad. But I have never thought It would be such a dirty game. Just to win some election they're ready to sacrifice anything and everything. They are literally killing the Hindu -Muslim brotherhood. . . . . . . #indianpolitics #india #politics #congress #elections #modi #rahulgandhi #chennai #journalism #narendramodi #mumbai #fekulaal #travel #delhi #journalist #goa #entrepreneur #news #artist #kolkata #business #humanity #kerala #chennai #antibjp #maharashtra #godimedia #resist #creativity

We're just a few days away from the Indiana primary election! 🗳️🇺🇸 While Marion County has closed all but 22 voting centers due to the pandemic—including the Presidential Site—we want to make sure Hoosiers can still wear their civic pride on #ElectionDay. From 6 a.m. to 6 p.m. on June 2, stay in your car, and pull up to the Presidential Site to pick up a sticker! Share your photos using #iVotedWithHarrison. _ #potus23 #election2020 #election #elections #primaries2020 #hoosiervotes #museums #indianamuseum #indymuseum #museum #museumfromhome #historicsite #historichomes #presidentialsite #history #americanhistory #ushistory #thingstodoinindy #thingstodoindy #aroundindy #loveindy #indy

e.g. President von Hindenburg had opposed the Nazi party, but decided they could use the populist appeal (weaponizing the German electorate's fear of immigration). They would rather win with Hitler than lose the election; then fair elections stopped. https://nymag.com/intelligencer/2016/07/donald-trump-and-hitlers-rise-to-power.html …

If this info is true , I think it will be better in Nigeria, it will help reduce fraud in elections. 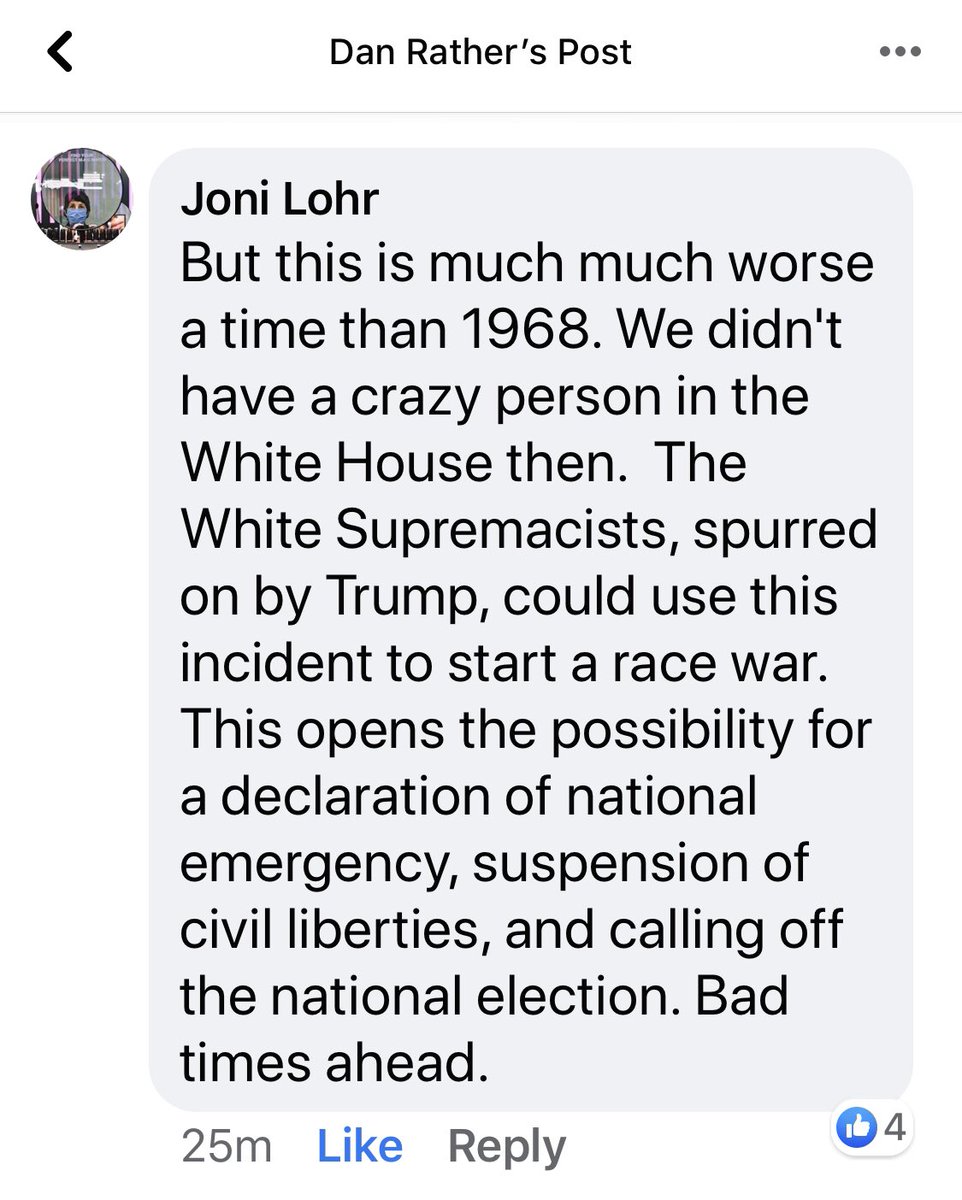 From a post where someone said this feels like 1968... this egos what others have been saying is Trumps plan to stay in office. Cause so much chaos to give an excuse to cancel the elections. His “vicious dogs” statement was intentional. pic.twitter.com/YALzGJwm1q

The system is rotten.

Fair assessment, but question, do u participate in ALL elections? Many don’t. He was up against a republican house and senate who blocked everything he tried to do.

The last person in our board is the PR-Responsible. I am responsible for AEGEE-Bambergs image. I do everything related to our social media channels and the webpage. As PR-Responsible I mostly work with the HR-Responsible and the Local Activities Responsible to promote all the events planned during the semester. P.s.: If you are from AEGEE-Bamberg and interested in one of the positions feel free to contact the person directly or dm us on instagram or facebook to receive further information. #pr#board #boardelections #elections #socialmedia #publicrelations #image #aegee #aegeebamberg #bambi🦌 #somecalliteuropewecallithome

One of the biggest demonstration of the political faction Podemos during its electoral campaign against Partito Popular in Spain. Madrid, Spain (2015) #spain #madrid #podemos #pabloiglesias #politic #elections #elcambio #demonstration #campaign 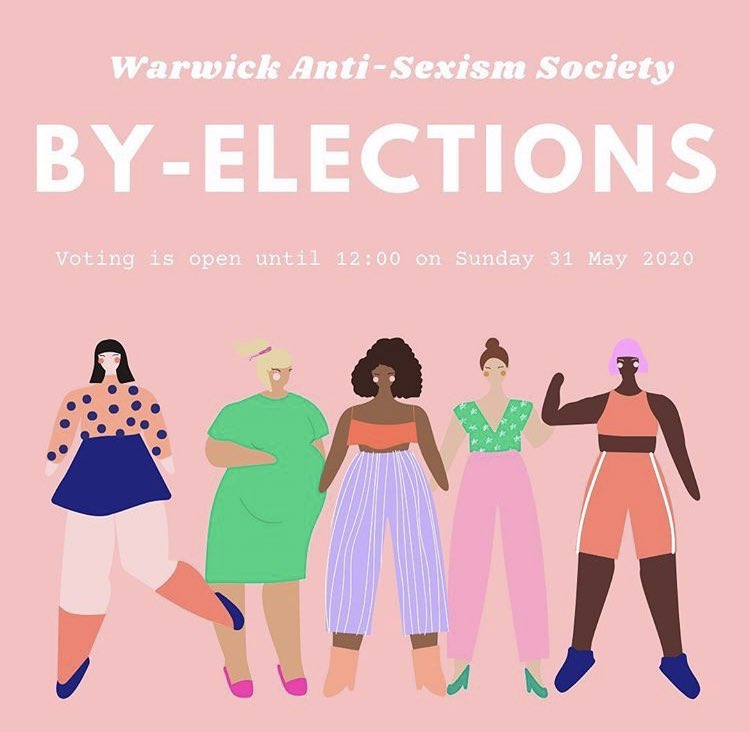 voting for our by elections closes at noon tomorrow go to our su page, link in bio pic.twitter.com/wi0Cy2GSTt

Hey NAACP! Meet Drake Smith (@Drake_4_smob), a 17 -year-old junior at Meade High School. He has been elected by members of the Chesapeake Regional Association of Student Councils (CRASC) to be the 2020-2021 student member of the Anne Arundel County Board of Education (SMOB). His selection now goes to Maryland Gov. Larry Hogan. Anne Arundel County is one of the only schools in the country to give its student member full voting rights. By the end of his term, he said he hopes students will feel much more engaged with their school communities. And most importantly, he is President of the Anne Arundel NAACP Youth Council! Join me in congratulating 17 year old Drake Smith in his new leadership service position! I got yo back Drake! Cc: @thecrisismag @naacp @naacpnextgen @derricknaacp @karenbtowns @leonwrussell @aac_naacp_yc #NAACP #Vote #Elections

Woohoo it's over a year since the elections 24th May...it's gone fast! We fought a campaign to have a 'Strong Voice & New Vision' in our area. Just a phenomenal team and family all coming together -as you can see from the pic it was a fantastic day in Galway at the count! And because of the support from Ballinasloe & East Galway - your vote has made a difference! I negotiated a meeting with Minister Simon Harris to get a 50 bed unit across the line for Portiuncula Hospital, campaign with 2,239 objections from Ballinasloe to stop the waste transfer station & negotiated against proposed increases in commercial rates. Working with a team to get projects across the line at a local, national and European level is crucial. And I'd the unique opportunity to run in the General Election with Fine Gael over 6,100 votes across East Galway & Roscommon. Thank you for backing one of your own from town. I ranked 14th out of 26 for an 11 seat Agricultural panel in the Seanad Elections also surprised a few! So 3 elections in 1 year... Ballinasloe Life Magazine gives a good overview from all Cllrs on their take of the last year. For right now, just soft copies - however if you'd like a hard copy or one delivered book it here https://www.shopballinasloe.ie/product/ballinasloe-life-magazine-june-july-2020-edition/. To support all the sponsors & local businesses let's all do our bit to #ShopLocal http://www.ballinasloeenterprisecentre.ie/magazine/issue56/Ballinasloe-Life-56.pdf #Elections #Support #Community #StrongVoice #NewVision #Ballinasloe #EastGalway

Are you dense? Those who are out of state for elections is exactly who are supposed to use the absentee ballots.

He does not have the authority to dismiss or suspend the elections.

Our vote means nothing while our elections can and are being rigged.

When you let an infection fester, the infection spreads. If you're shaking your head at images like this on social media and the news because of damage to public property you're missing the point. What you're seeing is a symptom of something worse than covid19 Its a reaction to political tyranny in the form of systematic racism. Not just from a political party or government but by a system. A ruling class powered by greed, distributed by the media and justified blindly by the ignorant. Racism and xenophobia are just some of the tools used to divide and conquer and separate people who would otherwise agree on most things. Think this is just about hating police? You couldn't be more wrong. As a person of African descent and child of the diaspora im angered by everything you'd assume would anger me. Here's the thing, it's much bigger than racism. I'll attack it as racism but it's so much broader than that. It's about preventing people from recognizing the humanity in each other. It's about making it seem as if we aren't all similar and like-minded. It's about keeping like-minded people from meeting in the middle of the venn diagram of human needs and human rights. Tyranny doesn't discriminate, it is coming for everyone no matter where you're from. It just comes in different forms for different people. Imagine if we all called out the system in a unified way. I don't usually post stuff like this here but silence is the same as being complicit to me. What can you do? Don't burn down your neighborhood Read George Orwell's 1984 its available in audiobook Vote locally Get a lawyer or talk to your family about pooling money together to get one Learn about your rights Pay attention to non corporate media Exercise and consider a chemical free plant based diet Run for political office Exercise your 1st and 2nd ammendment rights Google these: Warrantless Wiretapping The Growing Surveillance state in China/America Hongkong protest Patriot Act No Fly and Selectee Lists Jim crow laws COINTELPRO Immigration and Customs Enforcement  or I.C.E Asian American attack after covid Edward Snowden Citizens United

Do you mean a United Nations Task-Force to install democratic elections?

Donald Trump is going against the entire deepstate. The world is watching, every move counts. Remember who we are dealing with. Military intelligence to its finest. #trump #draintheswamp #wwg1wga #wwg1wgaworldwide #tweets #q #qanon #obamagate #elections #2020 #wethepeople #bqqm #unitedwestand

Elections are coming, #ObamaGate is on, there’s police between protesters, Minnesota officials are blaming white nationalists for the riots. That’s a lot right? Keep believing in politicians and this will ever EVER end well for the low and mid class, Mwhile they eat at same table

On Thursday, Burundi’s main opposition party filed a submission to the constitutional court to contest the results of last week’s presidential election, which they allege was riddled with fraud and irregularities. In its election results announcement on Monday, Burundi’s electoral commission declared the ruling party candidate Evariste Ndayishimiye as the winner of the vote with 68.72 percent, while the main opposition leader Agathon Rwasa trailed with 24.19 percent. "We observed many irregularities... we have proof of ballot stuffing, voting on behalf of dead people. The results announced are false. We have proof that there was massive fraud," Rwasa told news reporters outside the court. Rwasa’s allegations were echoed by the country’s Catholic Church.In a press conference on Wednesday, the Church said its election observers across the country had witnessed ballot box tampering, officials harassing and intimidating voters, and proxies registered "in place of dead people and refugees." On Thursday, Burundi’s electoral commission chief Pierre Claver Kazihise said, he was “surprised” by the bishops conference’s conclusions, as he added that national observers from 38 other civil society and religious groups had "not seen the same thing." In a joint statement, western diplomats had on Wednesday made no reference to any irregularities since no foreign observers were allowed to oversee the electoral process. However, the diplomats urged the opposition to pursue legal paths to contest the election outcome. A diplomatic source who spoke to AFP on condition of anonymity told the news agency that the statement was a compromise between those who wanted to congratulate the ruling party -- China, the United Nations and African nations such as Kenya and South Africa -- and those who were more critical, such as France, Belgium, the European Union and United States. The opposition party through its international spokesman dismissed the statement as a "vague and ambiguous" plot that seemed to be supporting the electoral "coup d'etat.” #s63

Even less popular - when the incompetent mayors and governors come beggin for federal dollars to rebuild, the answer should be a big fat NO! Elections have consequences.

If mail-in-voting becomes a thing for the 2020 elections, there is literally no excuse 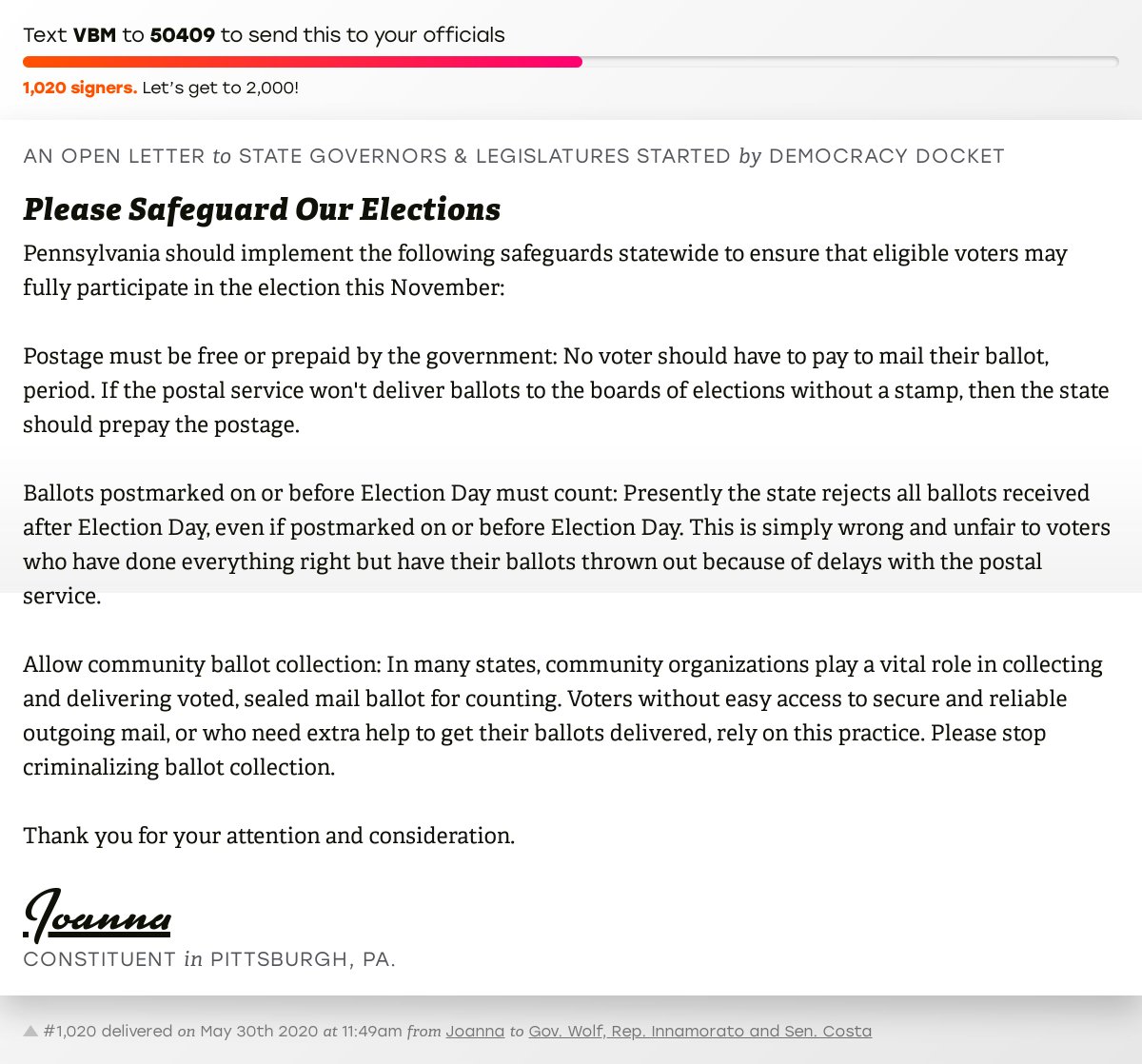