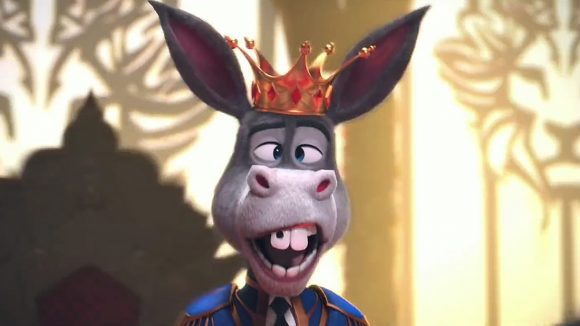 Movie Review #64: 🥰🥰📚📚📚🌆🕵🏻‍♂️🕶⛴🕶🕵🏻‍♂️🌆🎞🎞🎞🎭🎭🎭💖💖💚💚🎈 Where’d You Go, Bernadette Directed by: Richard Linklater Starring: Cate Blanchett, Billy Crudup, Kristen Wiig, Judy Greer, Zoe Chao, Laurence Fishburne & Emma Nelson We saw this movie on Wednesday, August 21st at The Suncoast. It received 49% on Rotten Tomatoes. The film is based on the 2012 bestselling novel of the same name written by @mariasemple . The always delightful #cateblanchett plays Bernadette, a former architect that, on the surface, seems to have an idyllic life; with a loving and successful husband and a smart 15-year-old daughter to occupy her time. One day Bernadette disappears without a trace and her husband and daughter make it their mission to solve the mystery of what’s happened to her as they ultimately set off on a thrilling adventure of their own. This was a fun and original story with great cast, including a personal favorite of mine in an amusing supporting role, the awesome #kristenwiig . #billycrudup and @emmanelsonv make a lovely father/daughter duo. #richardlinklater is an excellent director. Bottom line: If you think you might enjoy an odd little tale about a nice little family, then definitely give this one a try! You can catch it right now on several streaming services! Have fun!!! • Dee: B+ Jackie: B @tena_s_myers : B Until next time!! Have a great day everyone!!! • GET YOUR COPY OF MY SPICY DEBUT NOVEL!! Full of Romance, Drama and Suspense!! • Set in Las Vegas during a typical Hot August... the couple at the center of the story make for even Hotter August Nights!! 🔥🔥🔥 • Available in Paperback, Hardcover or as an Ebook on Amazon, Barnes & Noble’s website or thru the link on my website at: tsmyers.com (link is in my profile!) The book: Moore Than She Expected Written by me: T. S. Myers • Happy Reading!! • 🥰🥰📚📚📚🌆🕵🏻‍♂️🕶⛴🕶🕵🏻‍♂️🌆🎞🎞🎞🎭🎭🎭💖💖💚💚🎈 #wheredyougobernadette #moviereviews #2019movies #moviereview #movielover #movies #movienight #lasvegas #suncoast #annapurna #unitedartists #cinemark #lasvegasstrip #hollywood #moorethansheexpected #tsmyers #ebook #bookishcanadians #bookstagram #booktomovie #adventure #drama

NBC just gave the cast and crew of The Blacklist a reason to celebrate. During a celebration that took place as the show is in production on its 150th episode, the network announced that the long-running series has been renewed for an eighth season. This is the second year in a row that NBC has handed the show an early renewal. Co-presidents of scripted programming at NBC Lisa Katz and Tracey Pakosta, had this to say about the renewal: “Congratulations to our incredible cast, producers and crew, all of whom continue to reach excellence week in and week out. We couldn’t be more excited to continue Red and Liz’s story into season eight.” The Blacklist, which is currently on hiatus until March 20, has been a reliable performer for NBC on Friday nights the past two seasons, despite the night usually being a dead zone for scripted TV. The Sony Pictures TV/Universal TV spy drama starring James Spader and Megan Boone is averaging a 1.1 rating among adults 18-49 — tied for the best mark among Friday dramas this season — and 6.6 million viewers with a week of delayed viewing. The Blacklist joins other early NBC renewals that include New Amsterdam, Brooklyn Nine-Nine and Superstore. This doesn’t appear be its last run either as it wasn’t announced as a final seal season renewal and it looks like the series will continue to be a solid player to anchor Friday nights.

Apparently it’s not showing at Cinemark 16...

Any of my Lexington peeps want free movie tickets to cinemark? We’ve been regularly giving blood but never redeem the tickets and they’re starting to stockpile.

The season 3 trailer for Westworld has been released and it teases a new world for the series as well as the highly-anticipated return date. Westworld returns on March 15, with veterans like Thandie Newton, Ed Harris and Jeffrey Wright along for the ride, as well as a big newcomer, Breaking Bad star Aaron Paul. The trailer gives us a look into the near future of of our world on a show that fans have been been dying to see return. “I was born into this world, and my first memories of it are pain,” says Evan Rachel Wood’s Dolores, as she enters a new realm. “For my kind, there was one place we were never allowed to go, one place we were never allowed to see: your world.” Other newcomers coming in for season three are Vincent Cassel, Lena Waithe, Scott Mescudi, Marshawn Lynch, John Gallagher Jr., Michael Ealy, and Tommy Flanagan. As for Aaron Paul’s character, it looks like he has interaction with Dolores as he asks her who she is and she tells him that they are a lot alike. “They put you in a cage, decided what your life would be. They did the same thing to me,” she says. It all looks very intriguing and you can dive back into the world of Westworld when the series returns on HBO on Sunday, March 15….

Impractical Jokers the Movie tomorrow bitches!!!!!!!! (And for free! Thank you to my bar regular who got me a Cinemark gift card for Christmas!)

Memphis remains one of the few midsized city without a movie subscription plan. AMC, Alamo, Regal, Cinemark all have plans.

Hope to see you Friday! I got word at Pittsburgh Mills Cinemark in Tarentum!

Tom Holland has really been chatting it up about the upcoming Uncharted film adaptation and now he has given encouraging news about the production which has seen a series of hiccups along the way. While promoting his upcoming Pixar release Onward, Holland spoke with “IGN” and revealed that Uncharted begins shooting in four weeks, which would mean production should set around mid-March. “We start shooting in like four weeks. Mark Wahlberg is going to be amazing as Sully. The stunt department that we have out there in Berlin have done an amazing job already, prepping the stunts, and it’s going to be an exciting one.” For a film that has seemed to be struggling to get off the ground, it’s crazy to think that shooting on the project could actually get started so soon, The film has seen a series of complications, mostly with directors coming on and off the film. Dan Trachtenberg was set to direct but left the project due to creative differences. Bumblebee director Travis Knight then came on board, which would’ve been a solid choice in my eyes, but Knight then left the project due to scheduling conflicts. Ruben Fleischer, director of the Zombieland films & Venom, was the last rumored director attached to the film, but given that shooting starts so soon, maybe there is some truth to that news. It appears the idea is for Holland to play a younger Nathan Drake, which has still been a bone of contention from fans of the game who feel Holland is still too young for the role. Also on board is Mark Wahlberg as Drake’s trusty mentor Sully. Oddly enough, Wahlberg was initially eyed for Nathan Drake early in the film’s very long development process so that shows you just how long an Uncharted movie has been a priority for Sony Pictures.

Yeap.....#Parasite deserved that Oscar after seeing it last night (in the theatres with a pretty good crowd). Also Cinemark has slushie margaritas now...... .not relevant but worth mentioning. The cups like half slushie half alcohol. #perfectlybalanced

I think she got scared because I sent her too many messages. To warn you of the dangers. Maybe now he understands what the problems are. There are two films that teach contemporary problems .. one is titled "The ides of March" with clooney and the other is "Michael clayton" always with clooney .. In both cases the use of "antidepressants" emerges and "prescribed" drugs. The films are realistic. Leiu in a story had said that relationships must also be carried out with shit. No it's not like that anymore .. the company is very competitive. The stress of unfaithful relationships damages career and earnings and does not show you the dangers. Better single than with unaware people. #cinema #cinematography #cinematographer #cinematic #cinema4d #cinemagraph #cinemas #cinemalovers #cinemagraphs #cinemagrapher #cinemark #cinemalover #cinematographers #cinematographylife #cinemagear #cinemasecrets #cinematics #cinemaphotography #cinemacity #cinemaitaliano #Cinemagram #cinematicphotography #cinematografia #cinematicvideo #cinematicwedding #cinemascope #CinemaNacional #cinemaxx #cinemalife #cinemaximum