(78%) •”I AM AN FBI AGENT!” Point Break is a 1991 classic! When you put two actors in the Keanu Reeves and Patrick Swayze department together you get a fun action thrill ride like this! Reeves a lot like other films does a lot of his own stunts but I think I actually seen some stunt doubles used in this film for him in a couple scenes. Watching Reeves and Swayze build chemistry together and then watching everything just fall apart was great. Gary Busey and Keanu Reeves also shared some very nice chemistry, I loved when those two were together in this film. The Stunts in this film and action sequences were filmed very well and made you feel like you were actually there experiencing what was happening. Kathryn Bigelow done a great job with building tension between our characters and actually sympathizing Patrick Swayze’s character somewhat. My problems with the film are the pacing, this movie is fast paced for the most part but there are moments between Reeves’s character and Lori Petty’s character that slows the pacing down so you can get involved with their romance. In the end Point Break is a very fun Heist film that you can have loads of fun with. You’ll either enjoy it for the stunts and action sequences or the cast. I’d suggest giving Point Break a watch! If you like this review please follow me and checkout my other reviews. #pointbreak #film #movie #cinema #keanureeves #patrickswayze #garybusey #checkitout #overthetop #moviecritic #filmcritic #moviereview #moviereviews #moviereviewer #filmreviews #filmreview #filmreviewer #review #reviews #reviewer #movienight #movietime #hollywood #bluray #vudu #moviebuff #stunts #action #classic #movielover

Walmart had some of those old Warner Bros iconic moments slipcovers out again so I picked up Gravity. I don’t think I’ve seen this one since watching it in theaters back in 2013. I did really enjoy it though. Special appearance by my cat.

I really like these. If you were expecting a better caption then you obviously haven’t been following me for that long. // Black Panther • Doctor Strange

Spider-Man 3 | Movie Review A strange black entity from another world bonds with Peter Parker and causes inner turmoil as he contends with new villains, temptations, and revenge. While I personally enjoy this more than the previous movie, this one still has some serious problems. This story honestly was so messy and packed with Peter having to tackle with Harry being the New Goblin trying to kill him, trying to keep his relationship with MJ alive and then he's dealing with the forced revelation that his Uncle Ben's true killer is still around, whom is now Sandman. So much already. BUT WAIT, THERE'S MORE! Yeah, an alien life form comes down latching to Peter's suit and makes him go so bad, then leading to a showdown with Venom. There's so much to unwrap but I can't do it all. So simply, Sandman was underused, Venom wasn't that bad as others claim but underused as well, the back story with Sandman is rushed, MJ sucks in this movie as she's become a plot device to make Spider-Man come out and fight and that dance scene was one of the cringiest things I've ever seen. Emo Peter made me need therapy. But, there's some great stuff too. Spider-Man's battle with Sandman in the black suit was gritty and fantastic. Peter and Harry battling later in the movie was honestly heartbreaking and when they team up later, it felt earned and warming. Harry sacrificing himself to save Peter from Venom actually hits the feels and the final fight was pretty cool. Spider-Man 3 was a mixed bag for sure but I still enjoy watching it every few years. I just wish the movie lived up to its full potential. #SpiderMan3 #TobeyMaguire #KirstenDunst #JamesFranco #ThomasHaydenChurch #TopherGrace #BryceDallasHoward #JKSimmons #RosemaryHarris #ElizabethBanks #JamesCromwell #DylanBaker #BillNunn #BruceCampbell #TedRaimi #SamRaimi #SonyPictures #StanLee #Marvel #BluRay #Cinema #MovieReview #MoonBearReviews

Mockingjay - Part Two (7/10) The Hunger Games was amazing trilogy. The films had their fair share of ups and downs, but overall provided an exceptional viewing experience. I can say that this is definitely a series of films that I will revisit happily. Mockingjay - Part II was a great idea, but was not executed well. In many cases, Book to Film adaptations struggle. It is very challenging to accurately translate a story from a book to film because of restrictions in runtime, budget etc. This film is definitely an emotional ride. I endured feelings of genuine anger and sadness throughout the movie. The film falls short of it's predecessor giving it a lower score for me. I have a personal belief that I believe others in the cinefile community would agree with. My belief is that in film if there is ever a series, you must end it strong. This film just didn't do that for me. • • • • #thehungergames #hungergames #catchingfire #mockingjay #suzannecollins #adaptation #katnisseverdeen #peetamellark #katniss #scifi #adventure #movie #moviecollection #collection #steelbook #steelbookcollection #bluray #bluraycollector #4k #cinephile #cinephilecommunity #excited #explorepage #explore (Stay Tuned for my Digital Code Giveaway Coming Soon!)

I would really, really like to see Weathering With You again. @GKIDSfilms, Makoto Shinkai, anyone involved--please, is there anything you can do to get this home release to NA? Digital, Netflix, Bluray? Anything? I'll take a vhs if I have to.

Cocktails and horror. Is there a better combination? This was a blind buy because I’m obsessed with Elijah Wood. #horrorfan #bluray #horrorbluray #cometodaddy #horror

BUSH Live in Tampa blu ray. This comes with a live Blu Ray, DVD, CD, and booklet. Filmed in 4k and transfered to 1080p. This is absolutely a stunner of a blu ray. A real looker. I would have believed it if someone said this was the 4k master with a 4k digital intermediate. Bright, vibrant colors with inky blacks. The setlist contains some newer tracks and some old gems. The CD sounds great. I wouldnt have added the interviews mid concert due to the buzzkill if youre trying to watch a live show. The whole interview is unedited in the special features. The only other thing i would have done differently was release it in 4k. I understand the conversation during production may have gone the route of "not many people are 4k compatible". That suggestion is correct and probably the right call as well. I would add that there are a lot of 4k owners and they are willing to buy items that they wouldn't necessarily buy due to needing more content and building the 4k library. Not many live concerts in 4k physical media currently. Thats just my nit pick and 2 cents that nobody asked for. I love this collection!! Highly recommended. Great show with a ton of energy and passion. #bushofficial #bush #bluraycollection #bluray #4kbluraycollection #gavinrossdale #livemusic #liveconcert

Danger! Killer alligators in the basement! Don’t go down there! Too late, you’re DEAD! Crawl is a fun flick filled with gators eating anyone and everyone they come into contact with!! #samraimi produced #alexandreaja directed #kayascodelario was awesome leading lady! #crawl #horror #alligator #horrormovies #horrorcommunity #horrorcollection #bluray #movie #bluraycollector

Got some more treats in the mail today courtesy of eBay and @hasbropulse. Finally got around to picking up the classic 1990 version of Night of the Living Dead on Blu-ray. Also, the no longer available to purchase Amazon exclusive Star Wars The Black Series Chewbacca & C-3PO from The Empire Strikes Back. While Target came through with the new Star Wars The Black Series 40th anniversary of The Empire Strikes Back Imperial Tie Fighter Pilot. Lastly I finally received my preorder of the Marvel Legends Series Stan Lee from @hasbropulse. To quote a polarizing wrestling personality, “This is some good shit, pal!” #StarWars #NightOfTheLivingDead #NightOfTheLivingDead1990 #StanLee #Marvel #MarvelLegends #MarvelLegendsSeries #StarWarsTheBlackSeries #ImperialTieFighterPilot #ChewbaccaandC3PO #Amazonexclusive #StarWarsBlackSeries #BlackSeriesStarWars #TheBlackSeries #horror #horrorclassic #horrormovies #TheEmpireStrikesBack #StarWarsnerd #horrornerd #bluray

@SeverinFilms hello there! Do you ever plan on releasing Zombie 5: Killing Birds on bluray? I'd love to complete the collection.

I know Planet Of The Apes (68) will always live in infamy as a masterpiece sci-fi epic but I would just like share to my love for the very scary first half hour of this movie; pre-apes. I find the opening act with the 3 marooned astronauts wandering the sparse desert landscape to be absolutely bone chilling. The kooky sporadic use of the soundtrack; the overwhelming sense of loneliness and desperation; and those god damned scarecrows; it all perfectly blends to create very uneasy opening before the apes even show up at all. And even when they’re introduced it’s so well done; all the humans fleeing through the cornfield with only the thrashing sticks visible at first. Masterful. Then We meet the apes and the movie starts feeling a little more like a twilight zone-y version of Gilligan’s Island. I mean no disrespect to the OG Apes but nothing in the remainder of the film (even the iconic ending) holds a candle to the opening act. #bluray #bluraycollection #bluraycollector #dvd #dvdcollector #dvdcollection #moviecollection #moviecollector #planetoftheapes

Tonight’s #seclusion #cinema is the #sequel that no one wanted. #bluray #physicalmedia

Day 8: a film where you liked the soundtrack more. Baby Driver. The movie was great. But that soundtrack was fire 🔥 #movies #films #beardedfilmenthusiast #cinephile #bluray #bluraycollection #babydriver #30dayfilmchallenge

𝒯𝒪𝒫 𝟣𝟢 𝒯𝐼𝑀𝐸 𝒯𝑅𝒜𝒱𝐸𝐿 𝐹𝐼𝐿𝑀𝒮 1. Back to the Future 2. The Terminator 3. Looper 4. Midnight in Paris 5. Harry Potter and the Prisoner of Azkaban 6. Groundhog Day 7. Terminator 2 8. X-Men: Days of Future Past 9. Interstellar 10. Twelve Monkeys

Day 144: Wild Strawberries  aka Smultronstället (dir. Ingmar Bergman - 1957 - Sweden) Drama | Romance Crotchety retired doctor Isak Borg travels from Stockholm to Lund, Sweden, with his pregnant and unhappy daughter-in-law, Marianne, in order to receive an honorary degree from his alma mater. Along the way, they encounter a series of hitchhikers, each of whom causes the elderly doctor to muse upon the pleasures and failures of his own life. These include the vivacious young Sara, a dead ringer for the doctor’s own first love. https://youtu.be/EwMgTyVbCS0  Imdb: 8.2/10 | RT: 95% | Letterboxd: 4.2/5 #bluray #filmcollector #bluraycollection #physicalmedia #boxset  #wildstrawberries #ingmarbergmanscinema #criterion #criterioncollection #ingmarbergman #victorsjöström #bibiandersson #ingridthulin #gunnarbjörnstrand #jullankindahl #gunnarsjöberg #maxvonsydow #åkefridell #annmariewiman

they will be shipping the tokyo dome bluray & dvds today. i. can't. wait.

Had a super lazy & relaxing day off finally, so only decided to do a #doublefeature today from my purchase pile. One old purchase & one very recent 🤣 Alita Battle Angel was a fun, slick sci-fi action flick that is a visual treat. Great pace, stunning sequences, an amazing cast but my god does the finale just leave me scratching my head. It sets up a world & backstory as well as plenty of mystery that is left for potential sequels (🤦‍♂️😩) then just stops abruptly instead of having an ending... i was hooked the entire time then left frustrated at that lack of a proper 3rd act ☠ Guns Akimbo is my kind of frenetic, breakneck paced action flick. Great disorienting camera moves that out you into the headspace of the main character. The cast is fun & has tons of fun with the insane world they are thrust into, the action if super fun & has a frenzy about it that just kept topping itself. Loved this one way more than i thought 💛💛💛 #collection #collector #film #nerd #filmcollection #filmnerd #geek #filmgeek #bluray #bluraycollector #bluraycollection #action #scifi #scifiaction #overthetopaction #filmadaptation #AlitaBattleAngel #GunsAkimbo 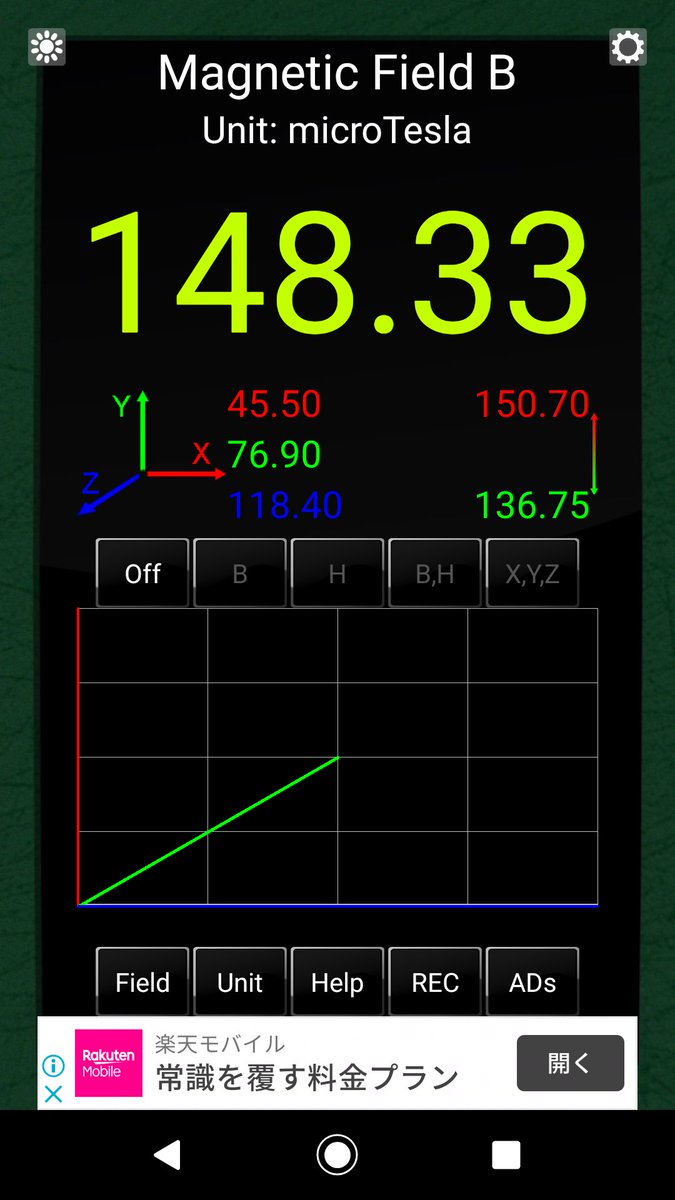 𝑹𝒆𝒔𝒆𝒓𝒗𝒐𝒊𝒓 𝑫𝒐𝒈𝒔 👂🏻 There's something exciting about walking into a situation where you have no idea how you got there. All the violence, tensions and twists fit in the four walls of a warehouse, with a brilliant strategy to only leak information at the precise time and place. This film sets the tone for all his upcoming movies, they all reflect back to this one way or the other. An exceptional directorial debut backed up by an all-star cast ensemble.

Monsters and Margaritas? Checking this out tonight! What did you think? #horrorpodcast #podcastersofinstagram #horror #cometodaddy #bluray