Newcomer Moses Ingram has been cast alongside Denzel Washington and Corey Hawkins in Joel Coen‘s adaptation of William Shakespeare‘s Macbeth, Collider has exclusively learned.⠀ ⠀ Washington will play the title character, while two-time Oscar winner Frances McDormand will co-star as Lady Macbeth. Elsewhere, Hawkins will play Macduff, and Emmy winner Brendan Gleeson will play King Duncan in the A24 movie, which is being produced by Scott Rudin. Coen is directing from his own original screenplay, and Macbeth will mark his first time not working alongside his brother, Ethan Coen, with whom he shares four Oscars. Production is slated to start in the coming weeks.⠀ ⠀ Shakespeare’s Macbeth follows a general (Washington) who’s convinced by a trio of witches that he’s destined to become the king of Scotland. With the help of his ambitious wife (McDormand), Macbeth tries to seize the crown by any means necessary.⠀ ⠀ Ingram will play Lady Macduff, who appeared in just a single scene in Shakespeare’s original tale before being killed offstage, though other adaptations have expanded the role as a foil to Lady Macbeth. We’ll have to wait and see how Coen employs the character. (via #Collider)⠀ ⠀ ⠀ ⠀ ⠀ #blex #blackfilms #blackcinema #blackactress #blacknarrativesmatter #blackcreatives #blackartists #blackclassicmovies #classicmovies #blackwriters #blackactors #blackhollywood #blackpride #blackfilmsmatter #blackmovies #movies #blackmoviesmatter #supportblackfilm #watchblack #mosesingram #denzelwashington #coreyhawkins #williamshakespeare #macbeth #francesmcdormand

Im confused as to how this isn't talked about more in conversations about iconic black movies. This was a moment#BlackTwitter #BlackGirlMagic #Blackmovies #blackculturepic.twitter.com/9pSqOPaZYC

Peacock is getting into business with Kevin Hart. NBCUniversal’s forthcoming streaming service has signed a multi-year deal with Hart’s Laugh Out Loud network, which includes an equity investment in the company, a first-look deal with LOL, and the distribution of LOL’s catalog on the service. Additionally, as part of the agreement, Laugh Out Loud will produce a Kevin Hart stand-up comedy special, an original interview series, Hart to Heart hosted by the comedian, along with a series of short-form content exclusively for Peacock.⠀ ⠀ Hart’s deal was announced Thursday as part of Comcast’s investor presentation to officially unveil the upcoming streaming service.⠀ ⠀ The deal with Peacock follows Hart’s recent pilot order at NBC for Night School, based on the hit 2018 Universal movie in which Hart starred and produced. Hart is executive producing the pilot, which also hails from Marlon co-creator Christopher Moynihan, producer Will Packer and director Malcolm D. Lee. Starring Hart and Tiffany Haddish, Night School was released in September 2018 and grossed over $103 million worldwide.⠀ ⠀ Hart also is executive producing a Laugh Out Loud comedy series that will premiere this summer on Bounce. A co-production with Lionsgate TV, the 10-episode series, hosted by comedian Jasmin “Jazzy” Brown, will feature a curated collection of the award-winning content from Hart’s LOL digital service.⠀ ⠀ Peacock will launch April 15 to Comcast’s Xfinity X1 and Flex customers, and nationally on July 15. (via #Deadline)⠀ ⠀ ⠀ ⠀ ⠀ ⠀ ⠀ #blex #blackfilms #blackcinema #blackactress #blacknarrativesmatter #blackcreatives #blackartists #blackclassicmovies #classicmovies #blackwriters #blackactors #blackhollywood #blackpride #blackfilmsmatter #blackmovies #movies #blackmoviesmatter #supportblackfilm #watchblack

Q: Can I be your legacy? A: You already are.

“I can’t even lie, I thought the new Bad Boys movie would be trash. . When the trailer dropped, I was highly disappointed. Everyone looked washed, Martin looked like he was turning into Big Momma in real life and Will Smith’s stunts looked faker than a Jenner-Kardashian super hybrid. However, despite the awful previews, my blackness (which can defined as my internal spirit or the Force from Star Wars or some shit) wouldn’t allow me to skip this movie. My blackness would drag me to this movie, even if it was against my will. And to be honest, my blackness would’ve made me lie to y’all and say this movie was the greatest movie of all time even if it was a two hour piece of shit. Like, the movie could’ve been two hours featuring a literal piece of discharged feces running around, shooting bad guys and I would’ve lied to y’all. Because that’s how loyal I am to Mike Lowrey, Marcus Burnett and my blackness. . But I thank God I ain’t gotta lie to y’all. . Bad Boys For Life was so mf good, I couldn’t believe how good it was while I was in the movies. I laughed, I cried, I smiled and I laughed some more, all while rooting for two old, washed n*ggas who were my pop culture heroes growing up. And this movie reminded me of how both Will Smith and Martin Lawrence influenced not only who I am as a person, but the culture, overall. . Mike Lowrey and Marcus Burnett are titans of the culture..” (Read the rest at BlackWithNoChaser.com) . . #BadBoys #BadBoysForLife #NonSpoilerMovieReview #BlackWithNoChaser #WillSmith #martinlawrence #BlackActors #BlackMovies #Miami #FreshPrince

#AFallfromGRACE I loved this movie!! So much revelation but, I will start here. Shout out to @tylerperry and @tylerperrystudios for this GREAT MOVIE on @netflix. Whether you liked it or not, this movie has been trending. I heard in an interview with the cast Tyler Perry ssy that he has experienced so much trauma and there is A LOT in him to write and present to us. Well #TTS you just keep writing and bringing us shows and movies that will heal some, make others laugh and have the rest thinking about their lives and purpose. OAN: I love the fact that Tyler Perry stars in his own movies, shoot I would too 😁 #ThankYou #TylerPerryStudios #Movies #Shows #TV #TylerPerry #CicelyTyson #PhyliciaRashad #CrystalFox #BreshaWebb #BlackMovies #BlackOwners #BlackFilms #Netflix #AMustSee #ESLKReviews

It's really #BadBoysforlife.⠀ ⠀ According to The Hollywood Reporter, Bad Boys 4 is already in development and franchise stars Will Smith and Martin Lawrence are expected to return.⠀ ⠀ Chris Bremner, who worked on Bad Boys for Life, is on board to pen the script. And fans will be happy to know, there won't be such a big time gap between the next installment as there was between Bad Boys 2 and this current one, Bad Boys for Life.⠀ ⠀ Would y'all be here for another #BadBoys movie?⠀ ⠀ ⠀ ⠀ ⠀ ⠀ ⠀ ⠀ #blackactors #blackhollywood #blackpride #blackfilmsmatter #blackmovies #movies #classicmovie #blackstyle #blackmoviesmatter #supportblackfilm #watchblack #supportblackbusiness #boomerang #90smovies #90scinema #blexmedia #martinlawrence #willsmith #badboys4 #badboysmovie #badboys

Flyest unicorn you’ve ever seen. Headrap from @glitterngoon Link in the bio for the hoodie.

A well written thought piece. However, Perry never had a monopoly on black film. A monopoly on a certain audience, yes, but black film as a whole, no. Black film is, was, and forever will be bigger than him. #Blackmovies #Filmmaking #indiefilmhttps://twitter.com/cinemainnoir/status/1218244773401763841 … 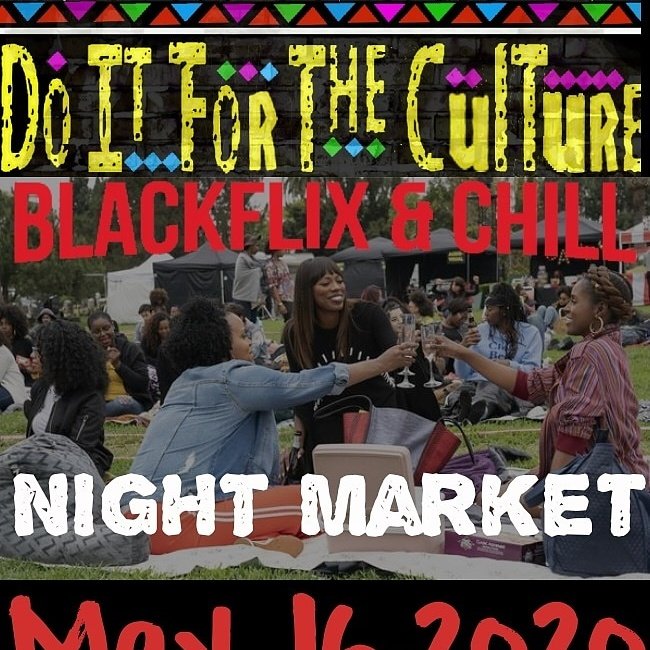 After the nominations for this years Oscar and all the views surrounding it. Here's an article on how you as a black can win an Oscar, its so stereotyoed but... https://thegrapevine.theroot.com/how-to-win-an-oscar-if-you-re-black-1840995984 … #OscarNoms #OscarSoWhite #BlackTwitter #BlackHistoryMonth #blackmovies #blackactors

We cater to women sizes s-3x. Some styles may differ!