Took a walk through Baltimore’s Sherwood Gardens late this afternoon. Liked the light and shadow on this group of tulips. #nikon #nikonnofilter #nikonphotographer #baltimorephotographer

Just added a new video to YouTube (featuring this couple). When we first met this couple they mentioned they weren't crazy about taking photos but wanted some awesome wedding photos to remember their big day. In our Video we're sharing 5 tips that help camera shy couples feel their very best infront of the camera and how to capture some of their best moments while keeping them comfortable. Subscribe to our channel for more helpful videos😊 #MegapixelsMedia.com

Free HGX circular polarizing filters with many Tamron lenses! If anyone is interested just contact us, & we’ll be sure to respond w/ a special price & a great promotion! #baltimorephotographer #mdphotographer… https://www.instagram.com/p/B-icyl3J68t/?igshid=14k58kvc580vc … 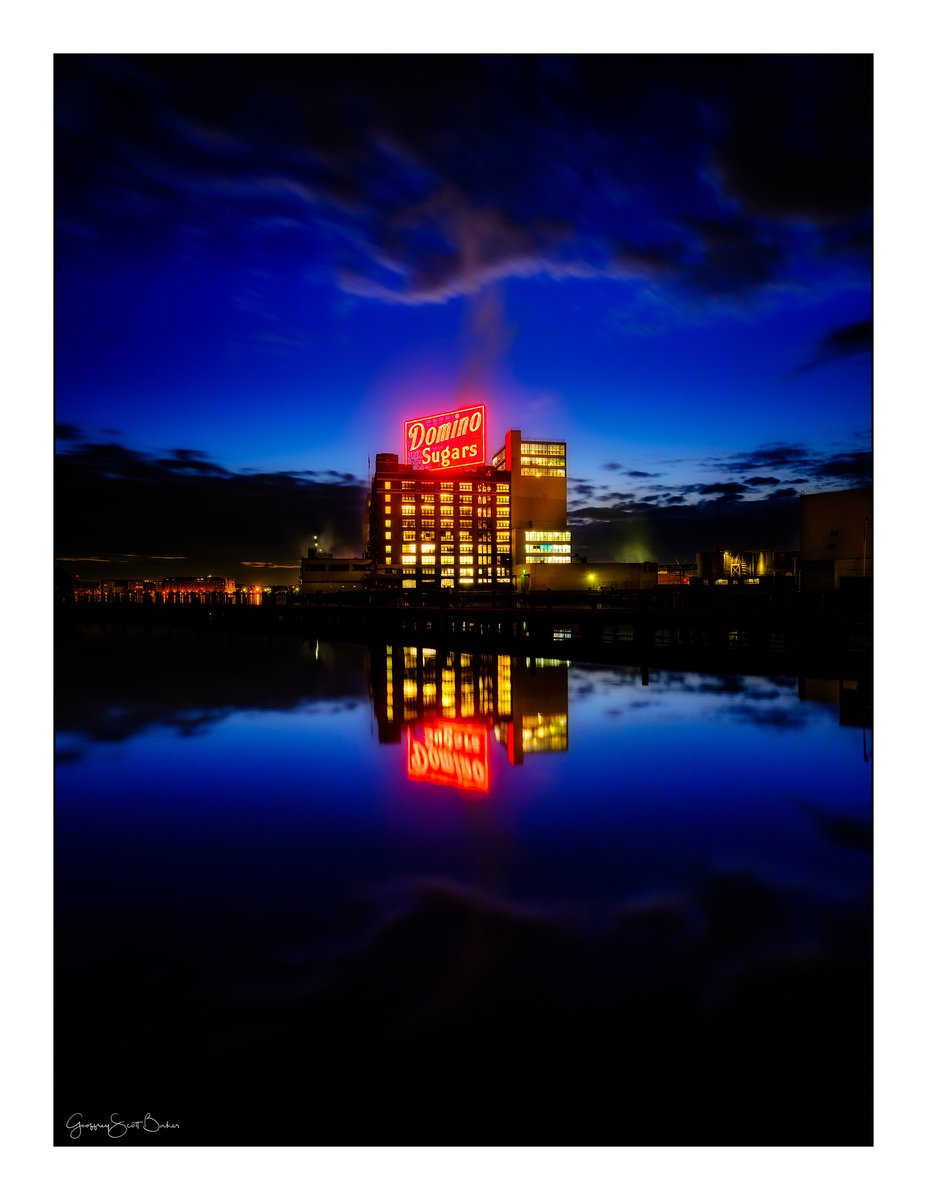 Baltimore Light City 2019. Huge thank you to @wayne_banga and @alziegirl for this amazing collaboration!!

I am always excited to hear about your ideas for pictures, locations, and poses. I love collaborating with couples to create truly memorable, sentimental images. In other words, don’t hesitate to send me your Pinterest board or share your ideas with me!

I grew up hating the fact that I was Asian. I hated that we were immigrants, hated that we were different, hated that my dad worked in a nail salon, hated that we ate weird foods and I never brought “normal” food to lunch, hated being good at school because everyone thought it was simply because I was Asian, hated being the token Asian friend, hated being asked where I was from - no really, where are you from, hated the microaggressions I heard everyday in school... Loving my asian identity took me years and years to do - it wasn’t something I was proud of until much recently and I’m ashamed of that. I hate to admit that I pushed away a lot of my identity and my culture because I was too consumed in what people thought of me. I was never surrounded by a lot of Asian people growing up, barely saw them in the media, so I had a hard time figuring out how I fit into society when I never saw anyone that looked like me doing so. It was hard and admittedly frustrating. But now, I’m so proud to be Asian. I want to do anything and everything I can to embrace my heritage and culture. I want to speak out on things that negatively impact Asian Americans and that’s what I’m doing with this post. As many of you have probably seen, there’s been a lot of hate towards Asians during this pandemic. They’re calling it the Chinese virus, Asians are being beat up across the world, Asian Lyft and Uber drivers are being cancelled on because of ignorance... and I don’t know how many people need to say this but please stop and think about what you’re doing. In a time when we need to come together, you’re pushing hatred based off of fear, ignorance, and assumptions. I get that we are all scared. I’m scared. I can’t go home to see my 80 year old grandmother because I’m scared I’m sick and just asymptomatic. But that doesn’t mean we should be cruel to one another. This hatred towards Asians is the exact reason why I hated being Asian growing up and I’m just hoping that it doesn’t affect the younger Asian American generation’s view on their identity like it did mine. So if you can, please support your local Asian markets, check in on your Asian friends, and be kind to each other. 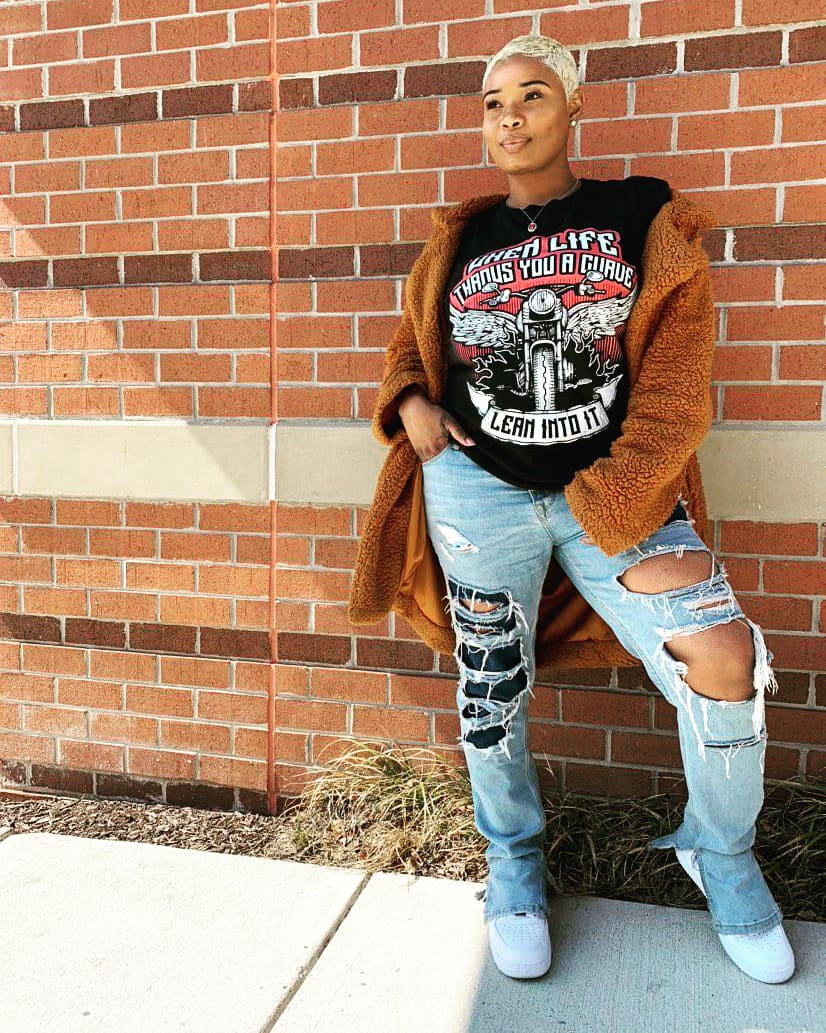 We’re offering curbside pick up for any photographer who is practicing social distancing, but still needs stuff. And right now, we’ve got PLENTY of curb! #servicephotowings #hampdenbaltimore #baltimorephotographer… https://www.instagram.com/p/B92BzsTJXKV/?igshid=ai2bpb8c4fhf …

Well my spring dreams came true 🌸 I look forward to photographing in front of floral trees every year and I was so worried I wouldn’t be able to this year! Luckily I got to squeeze in one shoot before we all had to stay inside, plus I got to see one of my favorite ladies ever 💕 Now if you’ll excuse me i’m still not done drooling over this shoot.

Shelter in place days. This is my son Braxton. I’m not sure whether he understands why we’re doing it but I’m sure he appreciates the comfort of being at home with his family. The absolute love I have for him is so immense! 💜 #autismawareness #autismawarenessmonth #autismspeaks #thegreatoutdoors

Natalia notorious.natalia.beatrix comfort in front of the camera and to the sensuality of this outfit merged well. #photosbyphelps #heels #dance #movement #curves #baltimorephotographer #stacked #photographer… https://www.instagram.com/p/B-GAU8-gaMI/?igshid=6cctles6hcee …

hello. You can buy these photos I took and others as prints and put them on your wall! You can get the paper, canvas, or have it framed! Go to my link in my bio to check out your options! #photography #photoprints #baltimorephotographer pic.twitter.com/q1E66aGQ2m

How beautiful is this sweet bride and her sweet bridesmaids? They were such troopers - you would have no idea that it was only 29 degrees the morning of Jeremy and Cecilia’s wedding day! I love to see a bridal party that rallies around the bride and groom when things don’t always go as planned. You need your closest friends and family around you to encourage you, and keep you focused on the most important thing - becoming husband and wife - even when other things don’t go as planned. Was there something that didn’t go quite as planned on your wedding day?

Sharing the promises you make to one another is always such a beautiful moment on your wedding day. Did you share your vows at your ceremony in front or family and friends or did you share them with one another in private?

Palm Sunday Selfie. Felt good about myself today until I saw all this white & black stuff on my chin. 🤷🏾‍♂️ Oh well... Don’t ask me what I was looking at either. 🤣 Might take this down later. Double tap and Follow @reggieawalker #socialdistancing #shelterinplace #timelineflow

2 of 6 Photos of Distance: The birds have the run of the place, although, they seem to be adhering to social distancing guidelines. - - #thejoecardamone #photosofdistance #nikonnofilter #baltimore #innerharbor

This is a time of rest AND resilience. Just a reminder to listen to your body and ask yourself," What I need right now today?" For me, some days it really gives me joy to work on my craft and use this time to educate myself in skills I've been wanting to work on for a long time. And some days I need an extra hour or two to rest and step away from work. ⠀⠀⠀⠀ While each day looks different, I keep asking myself, "Who do I want to be when this is all over?" I'm not sure the answer to that question, but just know we are all figuring this out with you and together ♥️ Frankie

So today was fun. I went outside and pretended like I was shooting an engagement session. I mean, I had nothing to work with and no one to watch me laugh at my own dumb jokes. But my rings saved me from making the trees touch foreheads. Stay sane, babes. 😜

There’s always room at the top! Model: @shan.nyan Happy Sunday! Hopefully if the weather is nice where you are, you got outside and have enjoyed the spring temperatures (assuming it is safe for you to do so!) I wanted to share something with you guys about success at anything. Don’t fall into the trap thinking that if you are just starting out, you can’t reach the top. I am nowhere near the top, but I have my sights set for it! I truly believe that if you have something to say about the direction of a given field, if you keep pushing, eventually you will blow the top off of the status quo, and you will find yourself sitting at the top! And this isn’t about being cocky, or full of yourself. Honestly, I believe my photography is not that good. I find myself humbled every time I have a shoot, to see new photographers that are killing it! But that keeps me driving to continue the pursuit of perfection of my craft! You can do the same! Just a year ago, I was doing my first portrait photoshoots, and now my Instagram is approaching 1,000 followers. It’s insane to think how far I have come in a year! But I’m not done yet! I have so much left to give you, and to prove to myself. From the bottom of my heart, thank you! If you have any questions or need help with your photography, LET ME KNOW! Keep shooting, keep clicking!

every planet we reach is dead