#BlackLivesMatterAustralia #naarm #melbourne "If you look at the UN Definition of genocide, everything under that definition that is genocide, Australia is guilty of."

We can smell that sh#t from all the way from here in Australia.

‘China is picking off countries!’ Warning of Beijing’s plot as Australia ‘dumped on’ https://newsbuzz.co.uk/world/china-is-picking-off-countries-warning-of-beijings-plot-as-australia-dumped-on/ …

Bedroom Inspo ✨ Love this bedroom by @oh.eight.oh.nine 😍 via the hashtag 👉 #simonsayshome

Found a spot inside COS fitting room. 📸

A major victory over china's intentions as India and Australia signed 'MLSA' agreement: -they can use each other military bases for their Navy, airforce and for army. -Indian dominance increases in Indian Ocean -India and Australia can block the south China sea #FreeHinduTemplespic.twitter.com/VoyfHtjYUH

❌ NO RECEPTION ❌ . . We are up in Exmouth and are ready for no reception at all. Ready to disconnect and ready to dive into one of the best reefs in the world. Let’s see some turtles, sharks and whales 😍 . . Do you like to disconnect from all the worries?❤️ . .

Today and every day, Rachie's Ratirement Home acknowledges the cultures of Aboriginal Australia, and that sovereignty was never ceded. And today, we also stand as allies with Black people across the world as many… https://www.instagram.com/p/CBFYDV7nICy/?igshid=1ccdupkogtomg …

so proud of all the protesters in australia today <333

This is common sense. Good for you Sydney Australia.

The Sydney Opera House was built between 1959 and 1973 and is one of Australia's most famous monuments. It is located close to the Harbour Bridge, which is known worldwide, especially for its New Year's fireworks. #sydneyphotography #bridge #landscape #city #photooftheday #ilovesydney #harbourbridge #sydneylocal #insta #operahouse #sydneyharbour #sydney #australia #sydneyoperahouse #sydneyaustralia #sydneyharbourbridge #finnsfotografie #a6000 #sony #instagood #sunset #travel #nsw #newsouthwales #visitnsw #makemoments

I'll be stunned if Australia makes it past June 20 (2 weeks from today) without a major increase and outbreak in COVID cases.

How about a private luxury yacht charter? Sailing soon in Australia and the Pacific Islands. Small numbers - you and close family or friends only and your own crew to attend to your every desire....socially distancing away from life for a week or so discovering hidden places in the crystal clear ocean ❤️ 🌍 #travellove #lovetravel #travelinspiration #beautifuldestinations #postcards #dreamvacation #instatraveling #relax #holiday #wanderlust #holidayherethisyear #australia

"Do you want financial freedom or you want to leave a luxury life? You don't wait for it instead you go for it.I am an account manager willing to help those who may have lost money in one way or the other trading .#motivation #usa🇺🇸 #binary #optimusprime #mensfashion #canada #indian #australia #binaryoptions #southafrica #france#weathcreation #investors #bunniesofinstagram #austra #forextraders #cyprus #mexico #wales #belguim #moneybaggyo #trade#senegal #jamiaca #beleivers #entrepreneur"

Apart from Japan, I couldn't imagine ever wanting to leave Australia. If it was to move to Japan how would I be able to weekly shonan anime , defently stay and enjoy anime haha

View from our window... at the North Head Sanctuary walk in Manly! 🖼 What's your favourite walk in Sydney? ⠀⠀⠀⠀⠀⠀⠀⠀⠀⠀⠀⠀ 📸@exploreoutdoorssydney 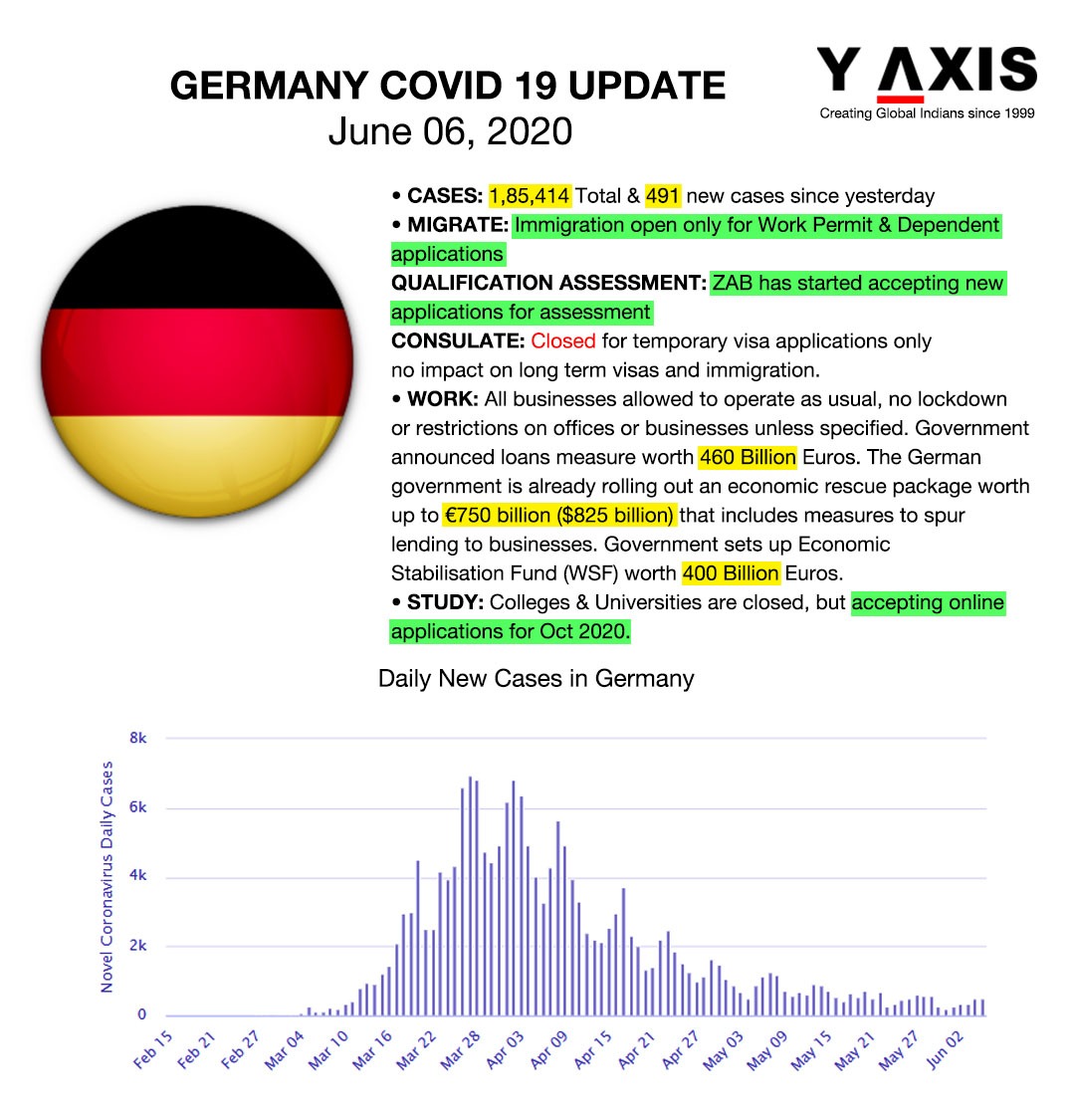 What’s my life without bun

🅾🅲🆃🅾🅿🆄🆂 🐙 I reckon this guy here doesn’t like the camara 😅📸 -. 🄳🄸🄳 🅈🄾🅄 🄺🄽🄾🅆? 🤓 Octopuses are cephalopods, invertebrates. They have bulbous heads, large eyes, and eight very useful arms. “Cephalopod” is Greek for “head-foot,” which makes sense, since their limbs are attached directly to their head. 💙x3️⃣ The octopus has three hearts – two move blood past the gills and the third moves blood to the organs. Did you know their blood is the colour blue? 🏴‍☠️ Their hearts stop beating when they swim, which is why they tend to “crawl” more often than swim quickly. 🧠 Studies show that octopi are highly intelligent and learn easily through observation of other octopuses. 🖋 When scared, most octopus releases ink which dulls a predator’s sense of smell and blocks their sight, allowing for a safe getaway. 🦾 If an octopus gets caught by a predator, it can escape by losing its arm and can regrow it later on. 🥚Female octopi can lay up to 100,000 eggs. After they hatch, the mother dies quickly. . . . . 📸 Credit: @chasingsummer03 💙🌊 great feed, check her out! . . . Join the crew 💙🌊👉🏼 @divercrew . . . . . #scubadiver #scubababes #scubabuddy #buddycheck #marinelife #underwaterphotography #scubadiving #scuba #uwlife #uwpics #padi #paditv #marineconservation #nature #naturelovers #ocean #naturephotography #diver #oceanlover #oceanlove #paditv #divercrew #australia #uwphotography #uwphoto #scubadivinglife #freediving #letsgodiving #divercrew #octopus

Marco Tilio is an 18-year old Australia winger/striker who plays for Sydney FC in the Hyundai A-League. Tilio led his Sydney FC youth team to a National Youth League title and two weeks after that he finally made his first-ever appearance for the Sky Blues in the Hyundai A-League, a 5-minute cameo against Central Coast Mariners. In that time Tilio scored and assisted one to another academy graduate (who will feature on the account in a few weeks). This helped secure the Sky Blues 3 points as they won 3-0. Since then Tilio has played 8 more minutes in 2 separate games. He has made 2 appearances in the Asian Champions League against quality opposition like Yokohoma Motors and Jeonbuk Motors. STRENGTHS: Tilio is a fantastic young player who looks to be part of the future of the Socceroos up and coming generation. He is technically brilliant possessing amazing quality on the ball for such a young player. Mentally he acts a lot older than he is which is great to have. Tilio has quick feet, with neat footwork that helps him get past opponents. He has great finishing ability, always taking the chances presented to him especially in the box. He can score from the set-piece with his composure not stressing and missing the chance. He is lightning quick with blistering pace that burns the opposition and leaves them in his dust. Tilio is a very creative player who can pick out passes no-one else on the pitch can see. WEAKNESSES: Tilio’s slight frame is an issue for the moment as he is quite weak and small. He needs to hit the gym a bit to possibly play more minutes against the bigger stronger opponents. Tilio often gets shoved off the ball. his only saviour is his pace and dribbling. He isn’t great defensively but he is an attacking player so he can be forgiven. He is good on the counter from defensive actions which was evident against the Central Coast Mariners. FINAL STATEMENT: Tilio looks a terrific player for the future and one I can see playing in a league like the Eredivise, Scottish Premiership, or the 2nd tier of a top 5 league. He has all the qualities to be a terrific player and I would like to see him play more in the first team. Tilio is the Australian Messi!

_"Natural refreshing drinks with Yummy Yoga"_ *FRESH MINT TEA* _The act of sipping tea is soothing, it's not something you can rush through, it demands that you slow down and unwind._ Mint tea as it is called in India is light, aromatic and refreshing beverage. This tea can be served hot for a warming drink in winter, or chilled for a refreshing and invigorating drink in summer. THODA SA AUR DUM, JEET RAHE HAIN HUM STAY HOME, STAY SAFE, DRINK HEALTHY!!! #udaipur #udaipurlove #minttea #tealovers #vegan #Restaurant #india #australia #american #instgram #feacbook #thelallantop

Take a chance. Travel through Australia. Take a long drive. We are just passing ships in the night.

If Australia's Favourite Gold Coast SEO Agency missed something as SEO basic as alt tags on their HomePage, what do they miss on their SEO clients websites? https://seo-gold.com/?p=4531

🐨ARE YOU KOALA-FIED FOR ONE OF THESE?!🐨 Eek! Can't wait to get mine!😍 For a limited time we have the Koala headband for RRP $12 with $5 from every one sold being donated to WWF to help protect the habitats of these beautiful animals after the devastating loss of the 2019-2020 bushfire season. Great for when you're doing your makeup, face masks or skincare routine! 🐨🐨🐨🐨🐨🐨🐨🐨🐨🐨🐨🐨🐨 #ilovethebodyshop #thebodyshop #perthgirl #australiangirl #australian #australia #perth #tbsah #tbsahconsultant #koala #WWF #wildlife #bushfire #bushfiresaustralia #bushfirerelief #recovery #animal #habitat

Yes #XiJinping is a bio Terrorist and he is waging a genocidal war on world. The leaders of #G7 + India+Russia+Australia+SouthKorea come together to punish the barbarian #China @realDonaldTrump your leadership is at historic point. Behead #XiJinping

I’ve run into a hurdle with watching Steven Universe, in Australia it’s streaming on STAN but Steven universe future only has the first 6 episodes. Does anyone know where I can find the rest? #StevenUniverse #stevenuniversefuture