This is my bestie Chloé and I are singing Sunflower by: Swae Lee ft. Post Malone. I look ugly but, I hope you guys like it.#bestiegoals #afterschool ❤️😃

What is the K-12 song that you most like to see in the concerts? Me: High School Sweethearts and Recess ❤🥺Btw those bangs are superior 🤧🖤 🎥: @chanettex ♡ ~Esther

It's not about getting what we deserve...it's about putting others ahead of ourselves. Jesus didn't deserve all of the things that happened to Him, like when His friends ditched Him when He needed them...or when those people arrested Him even though He never did anything wrong...and especially when they put Him on the cross to die. Jesus could calm a storm and bring dead people back to life so why would He let all that bad stuff happen to Him? Turns out it was all a part of God's plan to help us, His creation, have a relationship with Him again. He sent Jesus to pay for all of the stuff that we do wrong. Jesus didn't want to go through all the stuff that He went through. In fact, in the garden, He asked God if there was any other way to save the world. But Jesus knew that it was not about what He wanted because what God wanted was better, so He decided to put us ahead of Himself. He decided to put those friends that let Him down first. He decided to put those people that arrested Him for no reason first. It is a very upside-down way of thinking to put others first when we feel like they don't deserve it or haven't earned it. What would it look like if we put others before ourselves like Jesus did? What if we let someone else pick the video game we played? What if we let our brother or sister pick the movie for family movie night even if it is our turn? What if we chose to not get even when people hurt us? It's not about what we deserve or what we want. What God wants is always better. #dinnertimedevotions #thelighthouseatmumc #devotion #palmsunday #afterschool #summercamp

Education should not be about memorizing answers for a test. It should teach critical thinking, self-worth, and life skills. You know, things needed for life after school. See more at https://jameswhitley.com/?Topic=7

did you ever wonder why the main character favourite card always has 2500 attack point? 🤔 dark magician 2500 neos 2500 stardust 2500 🤔 whats so special about that number i wonder 🤷🏻‍♂️😅

The public schools in Tokyo are all closed until May, I’m not sure all the after school schools, or cram schools, or “juku” as they are called in Japan, are doing the same. They need to close too. Same with Eikawa schools.

Lol I don’t think so!!! I love that website I would play it while I was working with my after school students we would battle to see who could get the most orders it would be intense haha

NOW 6 days a week we are offering LIVE Virtual Classes to our community and 15min complimentary virtual Private Lessons to all our members as needed. We are dedicated to serving you in every moment to Live Your Best Life, even at home! #kidsactivities #kidsfun #kidsmartialarts #kidskarate #karate #youthkarate #youthmartialarts #bayarea #bayareakids #bayareaparents #millbrae #martialarts #burlingame #sfparenting #sanfranciscokids #adultmartialarts #afterschool #fitnesskickboxing #fitness #Familyactivity #family #liveyourbestlife #onemartialarts

you know i give a fuck about you everyday; guess it's time that i tell you the truth. if i share my toys, will you let me stay? don't wanna leave this play date with you. 💕👼🏼 this song is definetely A BOP and i'm sad to see there's not so many lives of it on YouTube 😭 ♡ ♡ ♡ #melaniemartinez #melanielbbh #littlebodybigheart #lbbh #crybaby #crybabies #k12 #k12melaniemartinez #k12film #k12tour #afterschool #copycat - Lara

Great initiative! We are doing something similar at our school and posting reading stories with different teachers and also cooking experiences with the after school care team. Showing the children that we’re all still here for them! #ACUedu_phttps://twitter.com/k_rigas/status/1246921575896477697 …

Movie is about heroin drug dealing. it includes a blonde actor who plays a high school teenager. In the first few scenes, he cheats off a girl on a test. They go to a place after school (Dark) and drink in the back of a pick up truck. Antagonist a tall guy with beard.

Extraño a After School.

Friends....We finally got our iCamps / Virtual Homeschool up and running as promised. Our Chief Education Officer, Kosal, will be teaching some simple, but fun lessons via webinar. The cost of the class is FREE. All of the supplies are pretty common household items and the supply list will be sent out to you after registration. In the future, we may offer supply kits, but as we figure out these virtual camps, we are keeping it simple. For more details, refer to the flyer image. To register for classes, visit our website www.Ballantyne.IdeaLabKids.com and click Enroll at the top. The iCamp classes should be the first listed classes at the top. If not, search for "Homeschool". While you're there, feel free to check out our Summer Camp classes as well. iCamps / Virtual Homeschool start Monday, April 6. See you then. . . . . . . . #CharlotteKids #CharlotteFamily #CharlotteStem #CLTParent #CLTKid #IdeaLabKidsCLT #GoBallantyne #CharlottesGotAlot #CharlotteIsCreative #CLTMom #ExploreCLT #CharlotteNC #Ballantyne #Afterschool #CLTKidsParties #CharlotteSummerCamps #CharlotteAgenda #KidsCulinary #WeLoveCLT #STEMEducation #Scholarships #CharlotteHomeSchool #CharlotteBusinessWomen #CharlotteEvents #CharlotteAKA #CharlotteSTEAM #CharlotteMoms #VirtualLearning #VirtualCamp

It’s still not too late to sign up your little ones for our Toddler Special workshop with music and interactive fun!

NOW 6 days a week we are offering LIVE Virtual Classes to our community and 15min complimentary virtual Private Lessons to all our members as needed. We are dedicated to serving you in every moment to Live Your Best Life, even at home! #kidsactivities #kidsfun #kidsmartialarts #kidskarate #karate #youthkarate #youthmartialarts #bayarea #bayareakids #bayareaparents #millbrae #martialarts #burlingame #sfparenting #sanfranciscokids #adultmartialarts #afterschool #fitnesskickboxing #fitness #Familyactivity #family #liveyourbestlife #onemartialarts

Anxiety for attention so I didnt tell my parents I was getting bullied at school, so I went to school everyday and faced somebody who I thought was my friend but in reality was a bully who used the word "friend" as a way to get into my life. After school I went home to my room.

the cry baby perfume milk commercial is one of my favorite things melanie has ever done. 💘

Adding a little color to the world ✨🌎

It’s time to practice ballet turns. Join Ms. Kasey tomorrow afternoon at 2 pm EST via Zoom in your home ballet studio. This class will cost $10 per family which can be paid via PayPal. Our class fees go toward paying our staff. See you in ballet! #starboundperformers

My son, now adult, often had friends over after school, and we had the PSP syndrome. Post-school poop. Overflowed the toilet once or twice.

Apple or boysenberry and a pint of Hagendaz after school before waterpolo.

Guess the Song By the First Second Pt. 2/2: Back with another challenge! How many were you able to get right? ^^

what type of posts would you guys like to see from me more? ex: photo shoots, fan art, k-12 film etc.💗 - (im a fan page!) @littlebodybigheart

Beginning tomorrow, we will be offering free Grab & Go meals for kids between the ages of 0-18! These breakfast and lunch meals will be available while supplies last. Join us every Monday, Wednesday and Friday for these meals at our Richman Teen Center starting at 9am! . A huge thanks to Our Little Helpers for partnering with us and allowing us to give back to our local community! #BGCFullerton 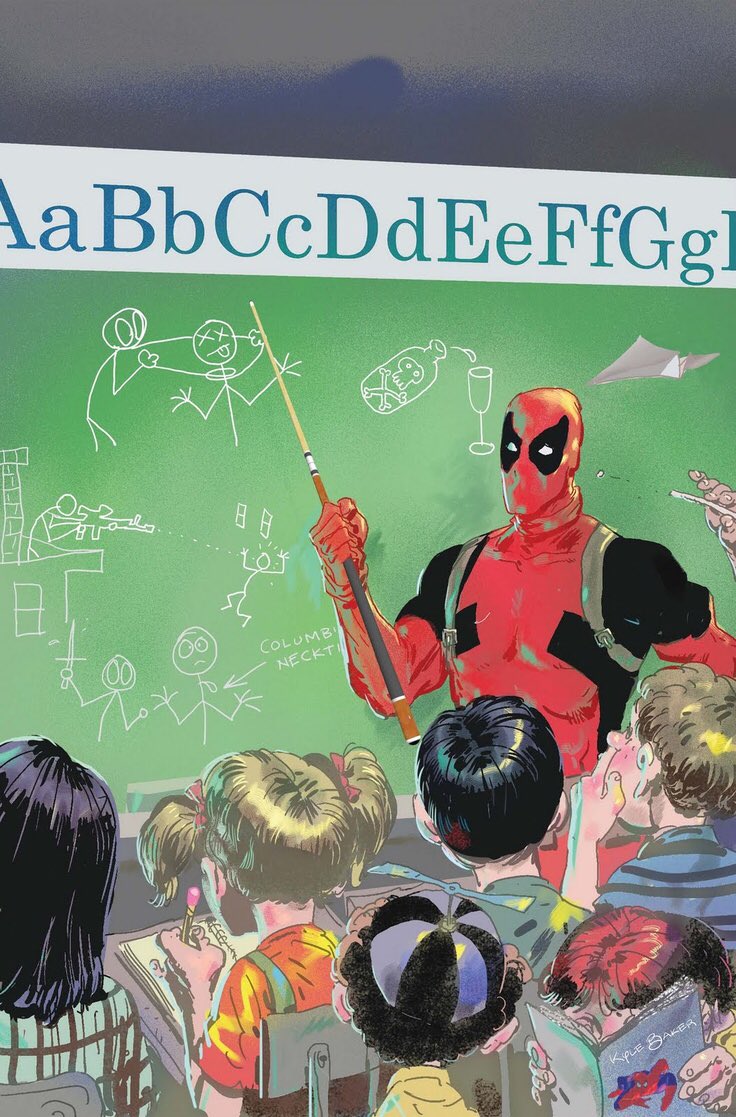 Memories of Guangzhou After work and after school. #photography #streetphotography #documentary #fujifilmpic.twitter.com/EoNQ9SzNA8

just a daily reminder that After School's E-young is a musical genuis that can play 11 instruments and y'all should stan her once she releases her solo album she's currently working on pic.twitter.com/6Zj7mwQBKj

Learn To Swim With Coach Nicky It's 2020! Resolve that this year is the year you or your child learn how to swim at last! Finally have confidence in the ocean and the ability to enjoy a life-skill that is essential to safety and gives you another option for exercise and enjoyment. I have over 15 years of practical experience. I coach all ages, from babes in arms with parents to seniors. I coach up to the intermediate level. I will work with students with special needs and disabilities. I come highly recommended by satisfied parents. Reserve your personalized session today. Click on: https://www.facebook.com/learntoswimwithcoachnicky/ and Message Me. #learntoswimwithcoachnicky #swimmer #swim #streamline #streamlinekick #swimimng #swimlessons #swimcoach #coacknicky #swimstroke #pool #ocean #sea #learning #life #therapy #afterschool #swimsport #fitness #girl #boy #kids #children #teenage #teenager #speicalneeds #adults #elderly #livinginabundance

True all the way through HS. Learned this when my 9th grade son was running to the bathroom at home after school

Check out the ROAR Google Classroom for links to the Hangout meetings. #bwhsroar #afterschool

April kicks off what is typically the most active and dangerous three-month period of the year for tornadoes in the United States. It’s a perfect time to pull out the Quirkles book Timothy Tornado to learn more about this strange weather phenomena and discuss safety preparedness. Then learn about vortexes in our fun activity, Timothy Tornado’s Water Race.