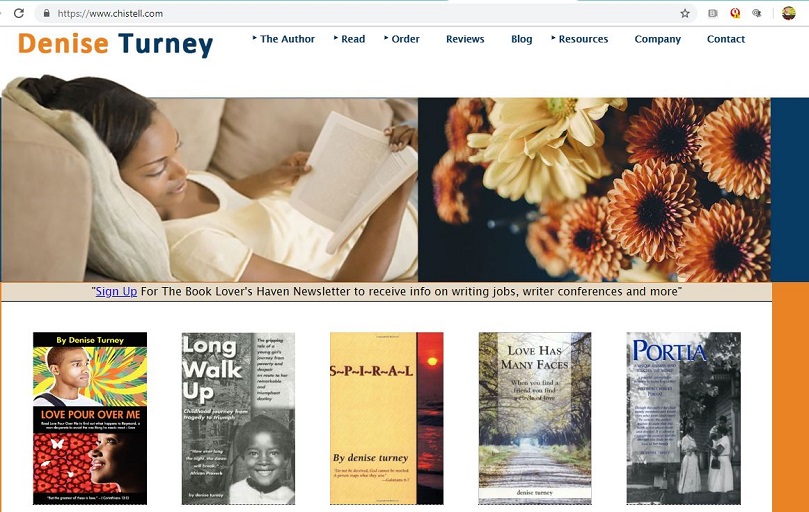 I feel so much that it is hard for me at times to feel anything at all. 🤷🏽‍♀️🖤 • • • • • • • • #selfie #smilethroughthepain #snapchatfilter #random #native #africanamerican #Canada #Canadian #BC #quotes #imtryingmybest

Black History Day 22: Zora Neale Hurston Hurston (born January 7, 1891, Notasulga, Alabama, U.S.—died January 28, 1960, Fort Pierce, Florida) was an American folklorist and writer associated with the Harlem Renaissance who celebrated the African American culture of the rural South. After the death of her mother (1904), Hurston’s home life became increasingly difficult, and at 16 she joined a traveling theatrical company, ending up in New York City during the Harlem Renaissance. She attended Howard Universityfrom 1921 to 1924 and in 1925 won a scholarship to Barnard College, where she studied anthropology under Franz Boas. She graduated from Barnard in 1928 and for two years pursued graduate studies in anthropology at Columbia University. She also conducted field studies in folklore among African Americans in the South. Her trips were funded by folklorist Charlotte Mason, who was a patron to both Hurston and Langston Hughes. For a short time Hurston was an amanuensis to novelist Fannie Hurst In 1930 Hurston collaborated with Hughes on a play (never finished) titled Mule Bone: A Comedy of Negro Life in Three Acts (published posthumously 1991). In 1934 she published her first novel, Jonah’s Gourd Vine, which was well received by critics for its portrayal of African American life uncluttered by stock figures or sentimentality. Mules and Men, a study of folkways among the African American population of Florida, followed in 1935. Their Eyes Were Watching God (1937), a novel, Tell My Horse (1938), a blend of travel writing and anthropology based on her investigations of voodoo in Haiti, and Moses, Man of the Mountain (1939), a novel, firmly established her as a major author. Source: https://www.britannica.com/biography/Zora-Neale-Hurston #blackhistorymonth #black #blackhistory #hbcu #africanamerican #african #blackgirlmagic #zoranealehurston #blackpeople

Brushin' off my three-piece, I make this look too easy So tall and lanky, my suit, it should thank me

I'm an #AfricanAmerican and I VOTED FOR TRUMP! #Trump2020pic.twitter.com/Y7tV4G4vEq

Congrats to Michael B Jordan for winning Image award for outstanding male in a movie for just mercy it was a good movie. #MichaelBJordan #JustMercy #BET #NAACPImageAward #AfricanAmerican #LorenzoSimmons #BlackHistoryMonthhttps://twitter.com/BET/status/1231408823396552704 … 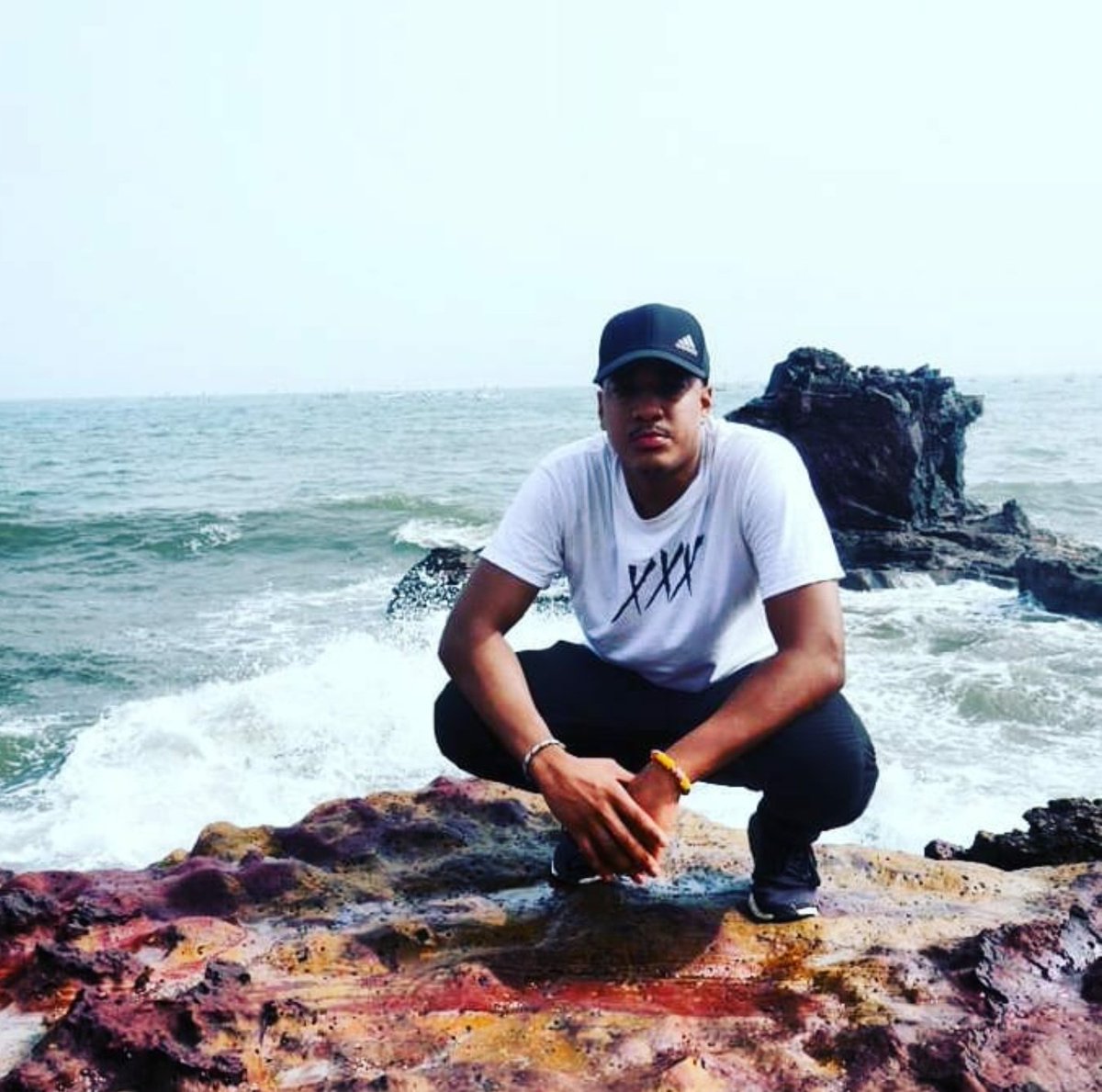 Yes, @BernieSanders is earning the #AfricanAmerican vote. Instead of lying for their support like @JoeBiden, Bernie has fighting for it his entire life #NotMeUshttps://twitter.com/chicagotribune/status/701034173524537345?s=20 …

Nope. I’d think you were N.African,M.Eastern or even AfricanAmerican. Growing up in the Greater NE from a mix race community I went to school with plenty of girls who look like you.

Rudolph was born in 1940 and suffered many health problems as a child, such as two bouts of pneumonia and scarlet fever before the age of four. She had polio and suffered paralysis in her left leg. From age 5 to 9, Rudolph wore a metal brace. During her trips to Meharry Medical College, Rudolph noticed that she was always forced to sit in the back of the bus with other black people. Rudolph joined the track team in 8th grade in 5 different events in high school. By the age of 16, Rudolph won a bronze medal in the 1956 Olympics. In September 1958, Rudolph enrolled at Tennessee State University, majoring in elementary education and psychology. Wilma entered the 1960 Olympics and won 3 Olympic Gold Medals: 100 meter dash, 200 meter dash, and the 4x100 relay. And, she set world records for ALL three events! On May 27, 1963, Rudolph graduated from Tennessee State University, and she was offered a job as an elementary school teacher and track coach at her old elementary school. Rudolph died in 1994 at the age of 54. #knowyourhistory #knowledge #knowledgeispower #blackpower #blackgirlmagic #blackexcellence #blackhistorymonth #blackhistorymatters #blackhistoryfacts #blacklivesmatter #education #learn #blackhistorymonth2020✊🏽✊🏾✊🏿 #whattheydontwantyoutoknow #knowyourworth #motivation #inspiration #didyouknow #blackpeople #blackenpowerment #africanamerican #panafrican #africanamericanhistory #wilmarudolph #sports #runner #trackandfield #olympics source: BlackPast and Olympics

🤔NEVER GET COMFORTABLE! ANYONE IS EXPENDABLE💭- Dani.G (The definition of expendable is someone or something that is disposable or not necessary or important. A person who contributes nothing to a project and who is thus not necessary to complete it is an example of someone who is expendable.) 🖤💜❤️💚💛 🗣️💯✖️🔟💪🏿 Remember.. I'M BLACK YEAR ROUND #KnowYourHidStory #Melanin #Poppin #MelaninIsLife #KnowThyself #PopulationControl #Africa #AfricanAmerican #ProtectOurMelanin #ProtectYourEnergy #BlackHistoryYear #IAmInfinite #DivineLight #MelaninPopping #BlackExcellence #Knowledge #KnowledgeIsPower #Genocide #Royalty

✊✊✊#ForTheCulture Spotlight✊✊✊ 29 days for us. We shine a light on the sometime overlooked #AfricanAmerican talent on the #ProWrestling scene. Day 23: "Stuntman" #JontaeKeith #BlackHistoryMonth Spotlight 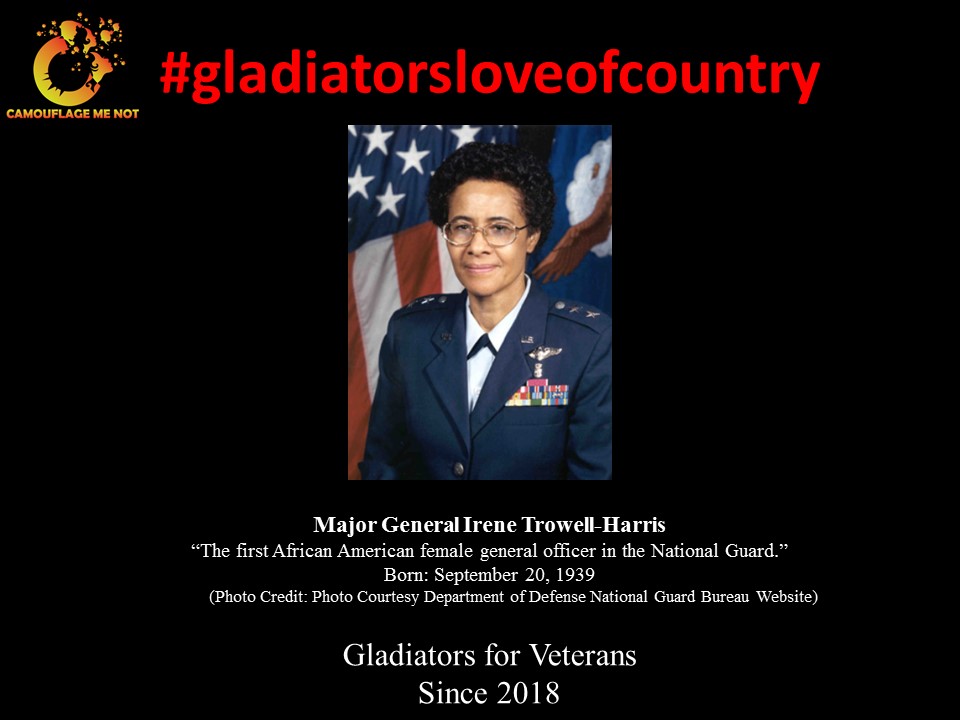 #Honoring MG Irene Trowell-Harris, the first #AfricanAmerican female general #officer in the NG, and the first female and #nurse to command a #medical #clinic. She is the first to have a #mentoring #award and a Tuskegee Airmen, Inc., Chapter named in her honor. #BlackHistoryMonthpic.twitter.com/flNzdqYllc

ALL THAT LIQUOR... WAITRESS: You want something to drink? ME: yep WAITRESS: We got bacardi, Jack Daniels, Johnny Walker and tons of Vodka and Tequila.... ME: Nice, I'll have the water on refill thanks 😂😂😂😂... I'm a ass smdh ♈ but I know they have a job to do so I did tip 👍🏿 universe got my back, I try to do right by ppl ◇Ogun~Xango◇ 𓆎𓅓𓏏𓊖 👁AM👑 🖤💚💛❤ 🙌🏾🇬🇭🤘🏽 #panafrican #afroamerican #problack #blackexcellence #blackgirlmagic #blackman #blackandproud #theshaderoom #blackpride #hbcugrad #blackqueen #blackdollar #blackpower #balleralert #melaninpoppin #melanin #otrii #blackisbeautiful #Africanamerican #Blacklove #blackhistory365  #thehbcuapp #hbcu #blackfamily #fortheculture #unapologeticallyblack #blackculture #empowerment #goals

Its wild in these streets. 🤣🤣 ⁣ ⁣ ⁣ ⁣ @buyblackeconomics 💸💸💸 Special Ad Promo (First 10 Businesses Only) - Promote your business today on our IG, Twitter, Tumblr & FB Accounts.  All In 1. 👉🏾 Click the 2nd link in our bio to signup now then DM, Email or Text us. 👑⁣ 🌐 https://linktr.ee/buyblackeconomics⁣ ⁣ 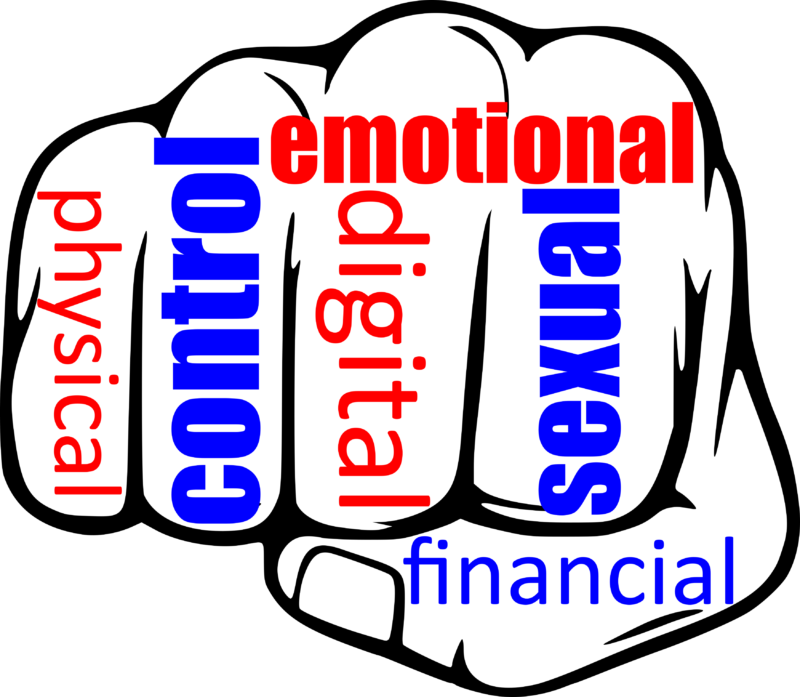 The number one cause of death for #AfricanAmerican women ages 15-34 according to the American Bar Association: #homicide at the hands of a partner. #domesticviolence #abuse #domesticabuse #mentalhealth #gaslighting #toxicrelationships #domesticviolencesurvivor #stoptheviolencepic.twitter.com/BwIusMLIIQ

Now @honolulumuseum: "30 Americans" a must see show of African Americans that's been touring for 10 years: Kara Walker, Nick Cave, Lorna Simpson. Once in a lifetime, folks, through June 2020. #AfricanAmerican #ContemporaryArtpic.twitter.com/WtgGvc91cH

Mommy and daddy are just as lost as you. Love your parents unconditionally, but know that when it comes to TRUE CULTURE and TRUE IDENTITY...we are NOT who they say we are and we are NOT who they want us to be. There is a reason our people have been thrown into mental blenders for years and it's up to YOU to find out WHY. Mommy and daddy still cling onto colonized titles in 2020. We cant unite as 1 when we are all calling ourselves what we are NOT. We cant unite as 1 when no one knows who they are. So unless someone is coming to the table with some damn answers as to who THE PEOPLE REALLY ARE....dont expect for shit to change in america. You know why they wont release the true names and cultures of all of your identities? Because youd then find your truest greatest potential. They need you settling for crumbs. They need you controlled by their education, their ideologies, their cultures, their music, their movies, EVERYTHING WILL BE THEIRS no matter WHAT you think you own. Until you find self , your soul belongs to THEM. Whether you like it or not. #soulfreedom#freethesouls#freemypeople#releasepublicinformation#revealourcultures#miseducation#reeducation#matrix#schools#highschools#middleschool#elementaryschool#boces#specialedschools#lyingcurriculums#homeschool#identitycrisis#identityconfusion#latino#hispanic#brown#black#negro#african#colored#africanamerican#truth

Give them their props! S/O to you, you and you! You know who you are!! ⁣ ⁣ ⁣ ⁣ @buyblackeconomics 💸💸💸 Special Ad Promo (First 10 Businesses Only) - Promote your business today on our IG, Twitter, Tumblr & FB Accounts.  All In 1. 👉🏾 Click the 2nd link in our bio to signup now then DM, Email or Text us. 👑⁣ 🌐 https://linktr.ee/buyblackeconomics⁣ ⁣

"Black history in the making!" Periodt!❤ 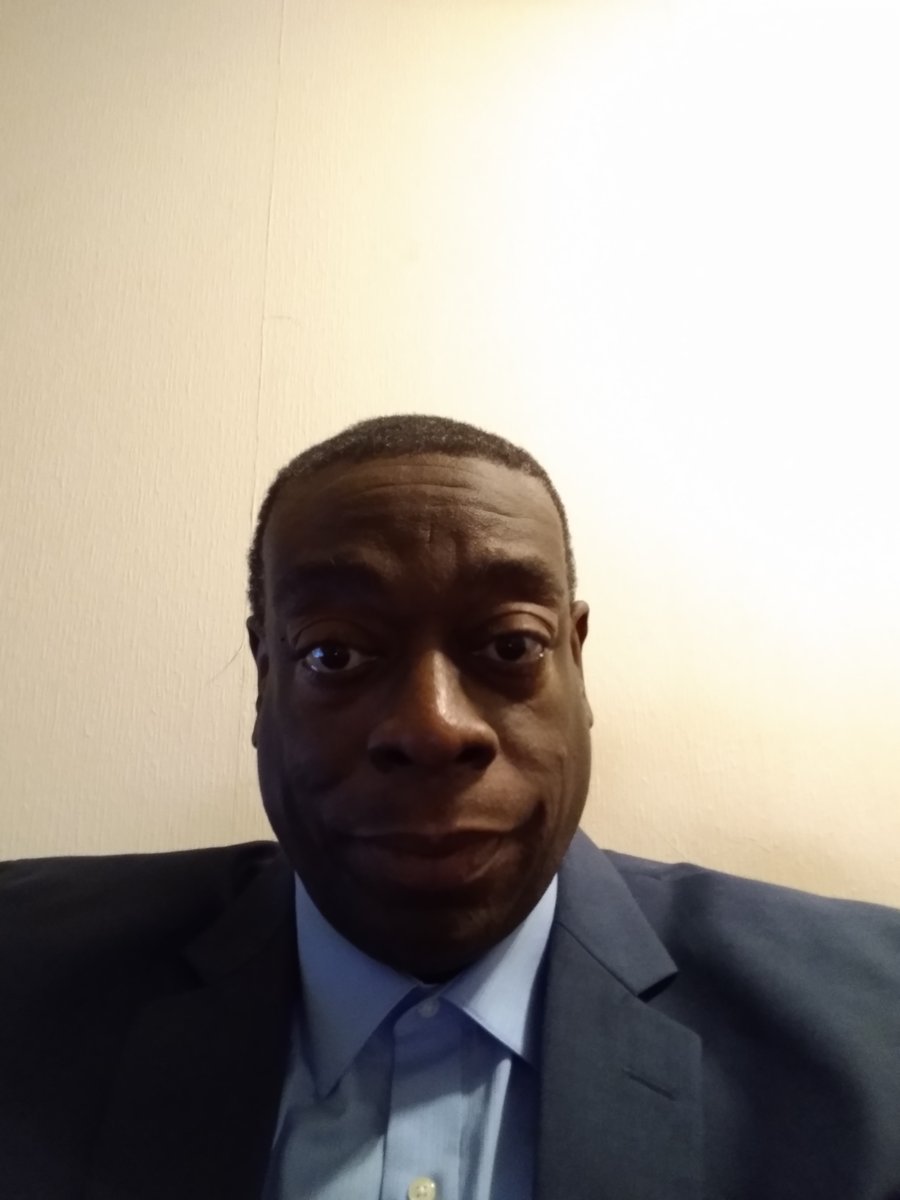 At @lakaydesigns the goal is to help you make your house a home. Click the link in their bio @lakaydesigns. @blacklovebible family take 20% off with code [Lakay20] at check out. • • Lakay Designs is a way for you to jazz up your home or business with gorgeous unique one of kind pieces. Taking extra care to choose African print fabric that can inspire the most intriguing conversation. Designs that set the tone for your culture. LakayDesigns.com 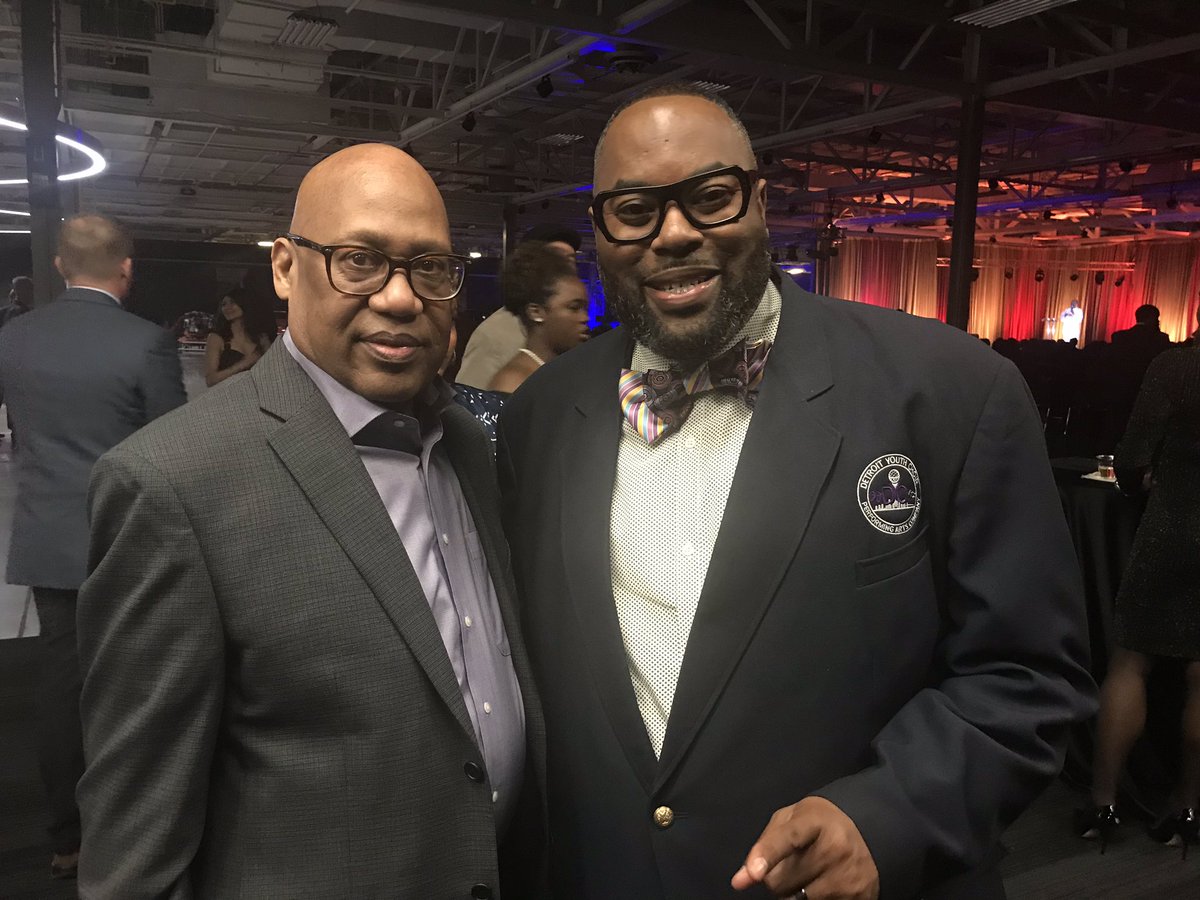 #WWTWB features the contributions of Black people both past and present! ————- “ Lena Waithe is a screenwriter, producer, and actress. She made history as the first Black woman to win the primetime Emmy award for outstanding writing for a comedy series in 2017. Lena has written and produced numerous television series and is dedicated to mentoring upcoming writers of color” Excerpt from “ What Would The World Be Without Black People”. Visit www.PublishedPower.com to order your copy 📚 . . . . . . . . . . . . . . . . #lenawaithe #queenandslim #queenandslimmovie #lena #chi #blackwomen #blackart #blackhistory #socialchange #blacklove #africanamerican #childrensbooks #webuyblack #blackchildrensbooks #melanin #flexininmycomplexion #blackboyjoy #hairlove #blackgirlmagic #diddy #hope #childrensbookillustration #littleleaders