Happy New month from this side...wishing you one filled with pleasant surprises. Don’t forget to stay safe and eat healthy food too....Health is the new wealth now! Cheers to success😇 . . . . 📸 @foodace

Lol.. All African countries aren't free bro Forget the good roads, electricity etc... We have gained independence but we aren't independent... Especially the francophone countries in Africa US, France, china are ready to milk us dry, more reason why we need unity in Africa

I don't think people realize that in arguments about human rights, it's not about convincing or changing the mind of the oppressor. It's not about forcing an ignorant and stubborn person to see the truth. They've already made up their mind.  And it's not about persuading them.  It's about persuading the audience.  It's about persuading those millions of little minds, that you don't need to feel bad for being born the race you are.  No one should.  It's about persuading them that everyone has enough hardships in their lives and skin colour should be the last thing which will make it harder.  It's about making those adolescents realize that posting memes or videos bashing someone for their skin tone,  mongoloid features or sexual preferences are inhuman.  It's about making them understand that standing up, protesting against oppression and voicing their opinions is not heroic or rare. Rather it's an example of humanity expected from every human being. It's about making every sensible soul realize that privilege is when you think something is not a problem because it's not affecting you personally.  It's about making them realize that-  in today's information saturated era, racial oppression is just a stubborn commitment to ignorance. Its high time we stop blaming the past or our society. If you see a racist comment in social media and prefer to ignore it, then you personally choose to remain silent against racism. Yes, black lives matter because right now their lives are being shot without a second consideration. And just because you're not black, it doesn't mean you won't raise your voice against racism Raise your voice. Stand up. Because "We are all ONE!" . . . PC - @pinterest

The new moon was about to arrive and I had to start a new project for the series “The Surreal Headdresses”. I already had in mind what I wanted to do but coincidence or not, after a few days, I read the news that talks about the return of the blue bees, or the carpenter bees, so they are called in America, and although I did not even know of their existence, in my I designed the bees to be there because I would put the hive in the head of the woman. That day was precisely May 20th, World Bee Day, and then I understand that I am in time with nature, that I have received another message and that I am in perfect harmony! How beautiful my project was in balance with the cosmos! Unfortunately something terrible and unacceptable has happened. The episode of George Floyd, killed by those policemen in an absurd and cowardly way. My harmony and balance have been disturbed and turned upside down as if the hive had been thrown to the ground without reason by someone who enjoyed doing it. I was unable to watch TV and yet it is not the first time that such a thing has happened. Read more https://odara.gallery/2020/06/01/women-and-bees-in-memory-of-african-people/ 👩🏾‍🦱🐝👩🏾‍🦱🐝👨🏾‍🦱🐝🐝👩🏾‍🦱🐝🐝🐝👩🏾‍🦱🐝🐝🐝👨🏾‍🦱🙏🙏❤ #oilpainting #artistoninstagram #gallery #blacklivesmatter #blackskin #dipinti #pittura #galleriadarte #artecontemporanea #artoptions #hifructose #beautifulbizarre ##looking #lookingart #soul #bee #extinction #racism #noviolence #popsurrealism #canvas #pace #africa #woman #blackwomen #justice

A new month is before us, an old one is left behind. The only wish we have for you all, is that June should be kind. To all those who are reading this, we really hope something good happens for you this month. We wish you, your family and friends a wonderful month ahead. #hnm #happynewmonth #june #instagood #instagram #instaquotes #instadaily #instaquote #instadaily #instamood #nature #naturephotography #naturelovers #africa #luxurylifestyle #luxury #travelphotography #travelgram #nigeria #lagos #lacampagnetropicana

"There's something sacred, pure, beautiful and natural about the tribal ... something divine, ancient and mysterious about the disappearing people of Africa like the Mursi. May we learn from them before they fade away." #pure #naturalbeauty #Afya #Africa (What's Afya you ask? ... Watch this space!)

A fantastic series by @courtneyahndesign - Racism is so deeply rooted in Western society! (and quite frankly, the entire world). We have come a long way but there is still so much more that must be addressed! We will never put an end to racism if people continue to brush these issues under a rug. This guide is the first step in understanding the concept of white privilege and how the experience of the world is different for white people in comparison to non-white people. --- 🎨 @thefemalehustlers | guide @courtneyahndesign

Coronavirus: South Africans cheer as alcohol goes back on salehttps://bbc.in/3chyjM9 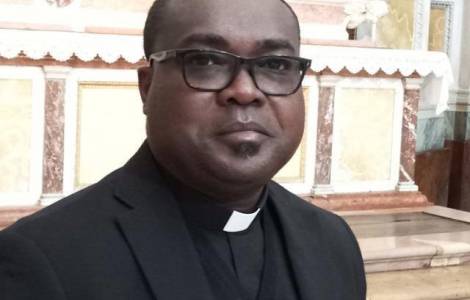 @MSNBC @foxnewsalert @CNN @TheRevAl I am not trying to abandon anyone. I am try to go back to Africa like they always say! Black people can go back too. They can go back too! Just be peaceful. You are the one with the influence.

BMW 7SERIES 2020.. Are you a man/woman of class and luxury? Then look no further send us a dm for details.. At #justglabalautos we give you the best with a global taste at an affordable Budget.. #bmw #bmw7series #cars #car #carlifestyle #luxurylifestyle #africa #europe #classof2020 #bundesliga

. I couldn't have cared less about Gucci when I first went there - but soon after I arrived, I cared a lot. Suit: @enkasaapparel +233 245 77 0367. #instadaily#instapic#instafashion#instastyle#iwear_african#ghmarketing#ghfashionmarketing#dapperlifemagazine#mensfashion#mensstyleblog#mensfashionpost#mensfashionreview#mensfashionblog#gq#g#memories #accra #Ghana #WestAfrica #Africa #menswear #dashiki #suit #god #blackmenwithbeards 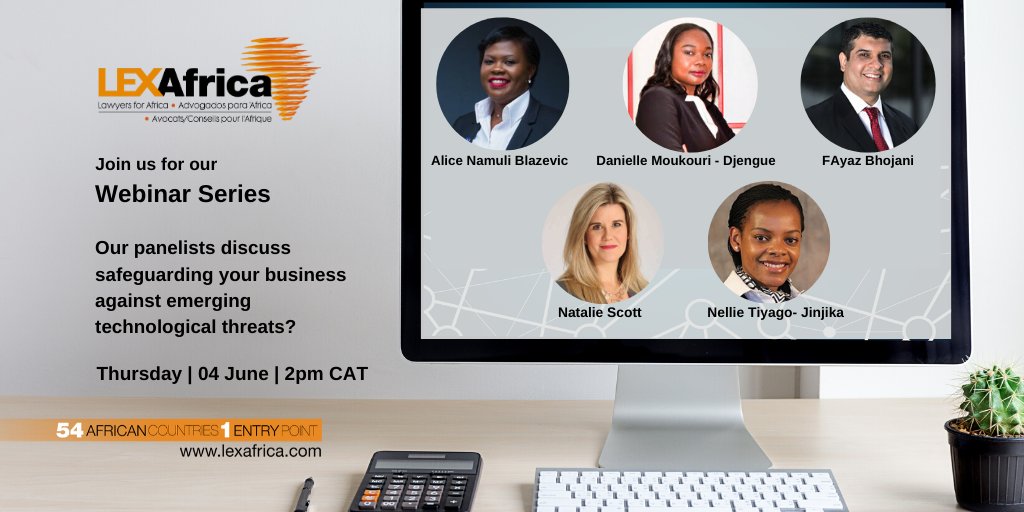 ✊🏿✊🏿 Is your Dad texting you like this ? Oh ok. Don’t compare us. We ain’t the same. Thanx Dad. I ain’t Comin soft. God put me here on earth at this time for a reason. My people got a good one ✊🏿🐺. They’ll never be able to water me down or bribe me with money to start cooning. I will make a serious change in my lifetime for our people. Keep supporting so I can get to where I need to be and watch me work for our people in ways never seen before. The right way ! I’m here. No fear. Let’s get it. 👁💯💪🏿 #blackpower #blacklove #work #peace #malcolmx #marcusgarvey #panafricanism #slavery #jimcrow #tulsa #blackwallstreet #segregation #crackera #massincarceration #lynching #rapevictims #tuskegeeexperiment #redlining #gentrification #thegreatmigration #Africa #nativeamerican #fuckthebeast 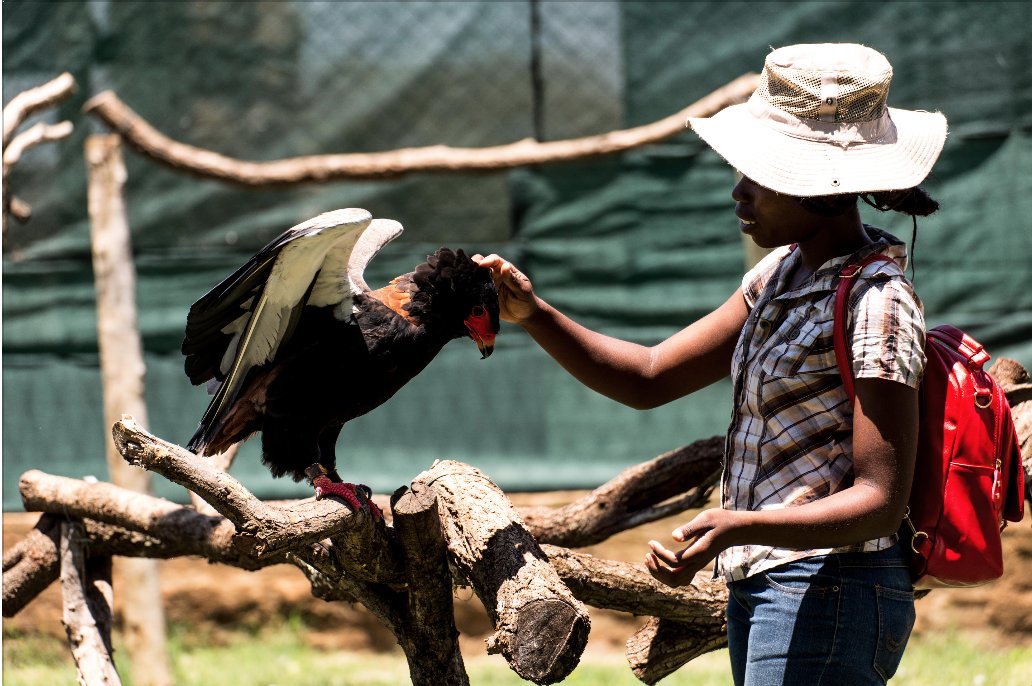 This species inspires a lot of beliefs in Africa because it's so beautiful and charismatic It is long-lived and mates with a chosen partner for life pic.twitter.com/Ubsbh3JIMr

Having powerful technology means nothing if you can’t achieve accuracy and consistency in the data and outcomes it produces #innovation #wildlife #InnovationForEveryone #Africa http://bit.ly/36MNoUS

...empowering young girls & women in technology in the city of Abeokuta. Our goal is to ensure Abeokuta becomes a city where women are equally represented across all career roles in Technology. We want to meet you. Do fill the form to join the community!https://forms.gle/WBVk4fLFBnPo5e7X6 …

A family of cheetah with a potential next meal in their sights. #wildestafrica — 📸 @nickkleer

Today kicks off #LGBTQ #Pride Month. It’s tough to think about celebrating anything with so many divided in our country right now. • • So many people, including many of color, have stood for the oppressed in the gay community. Now more than ever, we need to stand with each other...stand for #equality. • • There’s one race...the human race. Be the reason someone smiles today, feels seen, feels welcomed. #OneLove

Locusts in Africa and India SOON the USA #Hotterthanhellpic.twitter.com/QCLjG6HW2M

The Police Administration in the U.S isn't the same to what we have in Africa, especially Tanzania.

Don't be fooled, its not. Not a single is under construction, they are just undergoing planning phase. The only high speed rail in Africa is in Morocco.

Look at that tail! Thank you so much. #BlackBirderWeek

Why y'all bother with relationships, have fun and enjoy life. Nobody is going to be loyal to you at this age. Just use every opportunity to make yourself happy and you should come first in everything. This is an advice for my brothers out there.

I truly believe that teachers are really creative people. Let me share this part of me with you as well 🎨 ⠀ It used to be a barrel that turned into a night story of my trip to Africa, online trip🌅 ⠀ coolteacher#teacherofenglish#minsk#diy#barrel#africa#handmade

Krasi Man alwayes complaining bout game play, if u see how we play our games in africa, come to africa and play ur games u will never compalain again 100% our games we pay with one bar connection, but like the rest of u we pay to buy the game we also pay for psn,....unacceotable