like I really generally hate how I look and how I sound like and recording is really not making things better I just feel more insecure than before but like I really really want to do it :(( 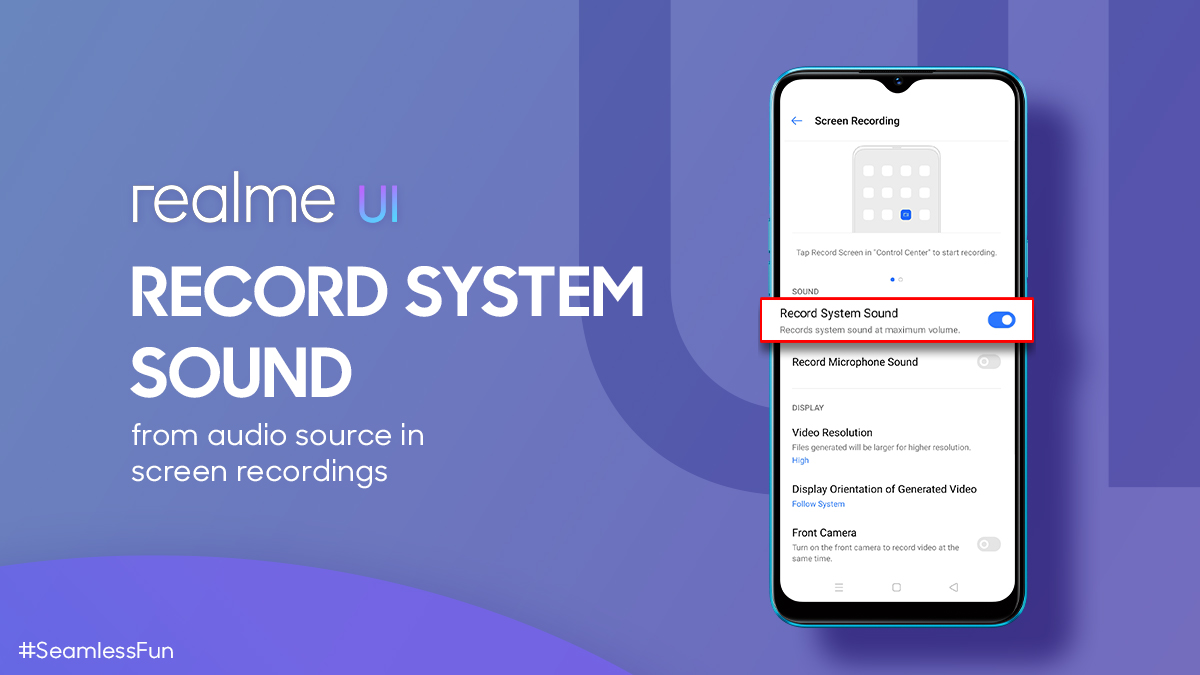 Guys we've added system & mic sounds to the screen-recording feature on #realmeUI. The much asked feature by you guys on #realme devices. Guaranteed better gaming experience and #SeamlessFun!pic.twitter.com/OMBMj1BbvQ

Posted @withregram • @glenngouldtv #GlennGould Special - A friendship story! Via Nice to meet you, Glenn Verne’s story begins in a cold rural part of the province land of Saskatchewan in 1931. Verne was an extraordinary and courageous kid: he was born with a serious form of blindness that caused him several problems. His mother decided to send him ,at the age of eight, to a school for blind children, and this marked the beginning of a very difficult and challenging time in his life. Verne Edquist was one of Toronto’s renowned piano tuner-technicians in the 1960s – 1980s. Trained at the Ontario School for the Blind, he started working in Toronto piano factories as a teenager and eventually rose to the position of concert technician. As Verne grew older and reached adolescence, he was sent to tune pianos for many famous Steinway brand artists. One day he received a call to tune Glenn Gould’s piano, which the pianist had moved from the cottage to his apartment on St. Claire Avenue, Toronto. No tuner had succeeded in meeting Glenn’s needs: he seemed to be really a tough guy! The piano presented several peculiarities and the task of meeting the pianist’s requirements was extremely hard. Verne initially refused to tune Gould’s piano, although it was an important assignment for him. As a matter of fact, the secretary at Steinway asked him, “Did you say no to Glenn Gould?”, and Verne answered “Yes, I did”, without a moment’s hesitation. Verne later went to Gould’s apartment, perhaps considering it a challenge, and succeeded where others had failed: he successfully tuned the piano to meet the demanding pianist’s taste. Hence the beginning of one of the most enduring collaborations in the history of music. The two became inseparable! Verne tuned pianos for the likes of Arturo Benedetti Michelangeli, Vladimir Horowitz, Victor Borges, Gina Bachauer and Emil Gilels, but is most famous for having been Glenn Gould’s piano tuner for 20 years, working side by side with Gould and Columbia record producer Andrew Kazdin on many of their famous Toronto recordings.

I have several NIS pretenders,one had a shop selling only washing basin n water buckets thst couldnt exceed 20 in number and one repairing shoes with a samsung phone in his hand always recording conversation but people never new him until i spotted them,,alihama the next week

I’m just trying to change the world one song at a time...

The white people at Parliament right now are recording everything. Ghana is a disgrace

Celebrating 10k plays in 10 days since my debut on SoundCloud!!🎉🎶Thank you everyone for listening, sharing and your constant support!

The TileRec Voice-Activated Recorder is so slim and small than it can fit almost anywhere you can think of. ⠀ https://buff.ly/38VfkWM⠀ @2Bexpert ⠀ #Kickstarter #TileRec #2Bexpert #PLEDGE #crowdfunding #support #crowdfund #recording #memo

Ain’t nothing to say, you’ve swept me away✨check out “Whatcha Wanna Do” on SoundCloud link in bio.

Tip#571 - Mix around the vocals. When one part doesn’t gel with the rest of the track, it pops out at us and ruins the listening experience. This is the problem we are explaining when we say we can’t get something to ‘sit in the mix’. - ⭐If you want to get more in-depth breakdown of those tips we share, follow our link in bio and get the "Ultimate Mixing Tips Booklet" and up your game quickly!⭐ - #mixingtips #masteringthemix #studio #vocal #bass #kick #stereo #808 #song #beatmaker #sounddesign #beats #artist #hiphop #trap #audioengineering #production #producer #homestudio #mixing #mastering #recording #mixingengineer

Instead of questioning her recording the child, we should focus our energy in dealing with the pressing issue that caused her to record the video.

My Juliet solo (the actual take) I shot this yesterday while I was tracking rest of the guitars for @dol.rockband upcoming singles. The guitars came together really tight at the end and Im really happy with the result we've have now. We had to re-record all the guitars and bass, vecause there was a tuning issues(intonation issues also) an also didn't sound as tight as they do now. Big thanks to Stefan @illusiaproductions who is our producer/recording engineer on this (as well as previous) project! Still some tracking left to do, bass and vocals, but things are looking really good regarding to this project!!! #newsong #myjuliet #solo #sologuitar #guitarsolo #leadguitar #leadguitarist #metal #recording #rock #lovemetal #gothrock #metallikitaristi #metalguitarist #sweeppicking #sweepersofinstagram #guitaristsofinstagram #dol #dolguitarist #dolvocalist #finnishband #finnishguitarist

You do understand she’s only recording bc it’s a recurring issue, and she wants to show the affect bullying has on children, in real time. Honestly, I understand it might be hard to watch, but this her reality which she shouldn’t have to deal with.

I spent way too much time in GarageBand last year on a IPhone in the middle of winter in a garage. So glad to be recording inside of a house now! pic.twitter.com/UYQ3reWc8Y

But in my mind I have killed you three times.

A recording Trump didn't realize was being made revealed that Trump said Bernie would be a tougher opponent to face. As far as who can beat Trump, the average of polls show Bernie does better than @amyklobuchar. Look at the Emmerson poll, she loses to #Trump! #BernieBeatsTrumppic.twitter.com/P0jzQItPoa 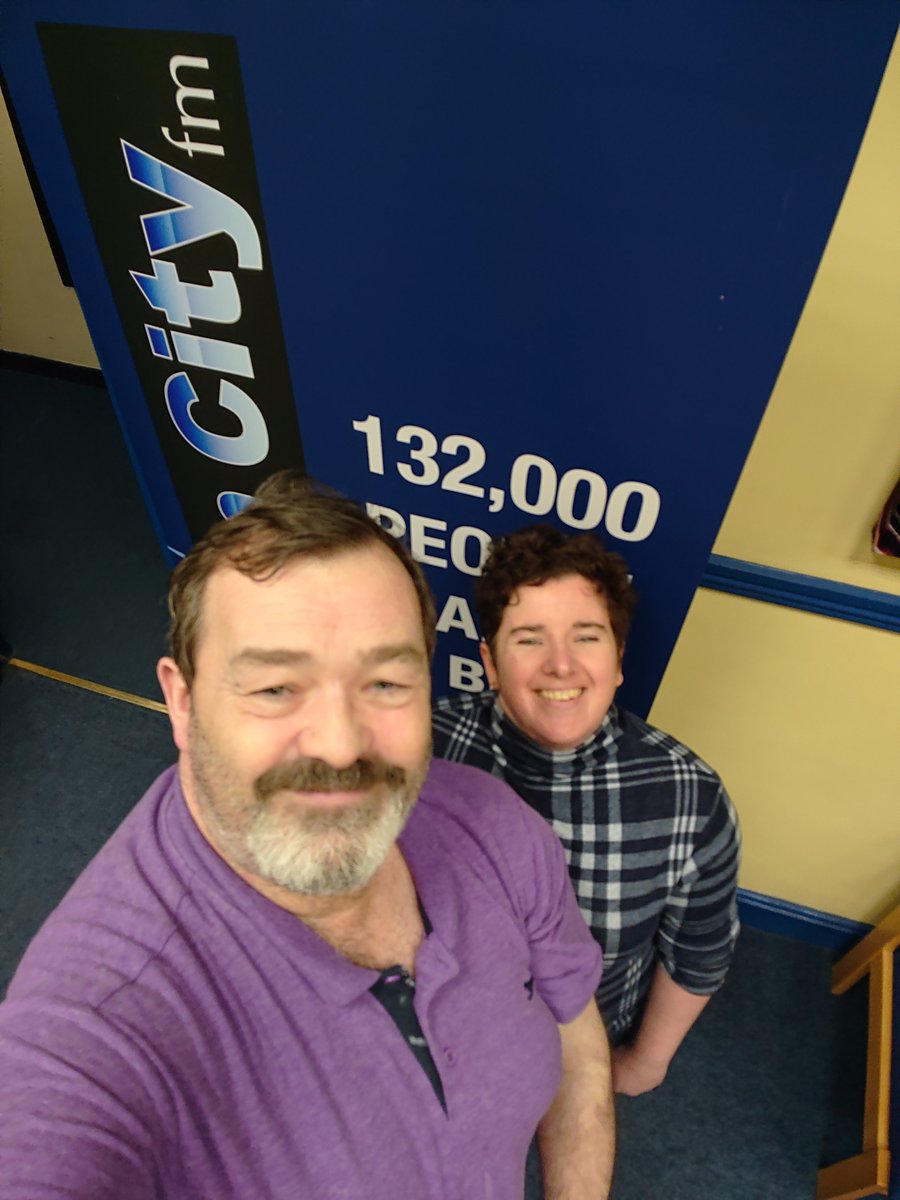 Viva Vox 1230 today 12.30 @dublincityfm with @lorraine_lally @epilepsyireland and I break some myths on epilepsy together. Looking forward to it, nervously as always. I am not as bad recording the show @dubcitycouncilpic.twitter.com/tWhrLSjEds

Sometimes a red keyboard finds its way inside the studio 🎹. Full schedule for the next 8 weeks but always managing to find time to create something special 🤟🏼. Hope y’all having a great creative week!

PROMO!!!! PROMO!!!! PROMO!!!! DeeProductions presents A "Bring One, Get One Free" Recording Promo Grab this opportunity of a lifetime and get a chance to have a free recording session by following these steps: 1. Record a Fully Mixed & Mastered Track/Song with Dee at an affordable price of #7,000 2. Bring a Client to Record A Fully Mixed & Mastered Track 3. Get a Free Session to Record A Fully Mixed & Mastered Track N.B: If you come with 5 persons, you get a track produced by Dee for free Offers lasts from Feb 20 - Mar 20 For more info Call or Message Dee on 08158463727 or 08140570420 Facebook: DeeProductions Twitter: @deeproduza Share Rebroadcast Tell A Friend #uniben #unibenslayers #unibenmetro #unibensoil #unibengist #unibenolodo #benincity #music #afrobeats #musician #unibengirls #unibenmodels #unibenbuzz #studio #recording #promo #naija #bellanaijaweddings #krastv

Getting ready for a vocal recording session. I wish you all a good start to the day! #studio #vocalsingers #vocals #vocalrecording #recordingstudio #recordingsession #recording #audiorecording

Twitter friends - had a location setup for the recording of 2 podcasts this afternoon but it’s fallen through. Can anyone help 12-4?