Clean up on aisle 5 🔫 20% of all merch @moneylinetees with code: Scranton20 at checkout. MoneyLineTees.com . 🔥Link To Shop in Bio! 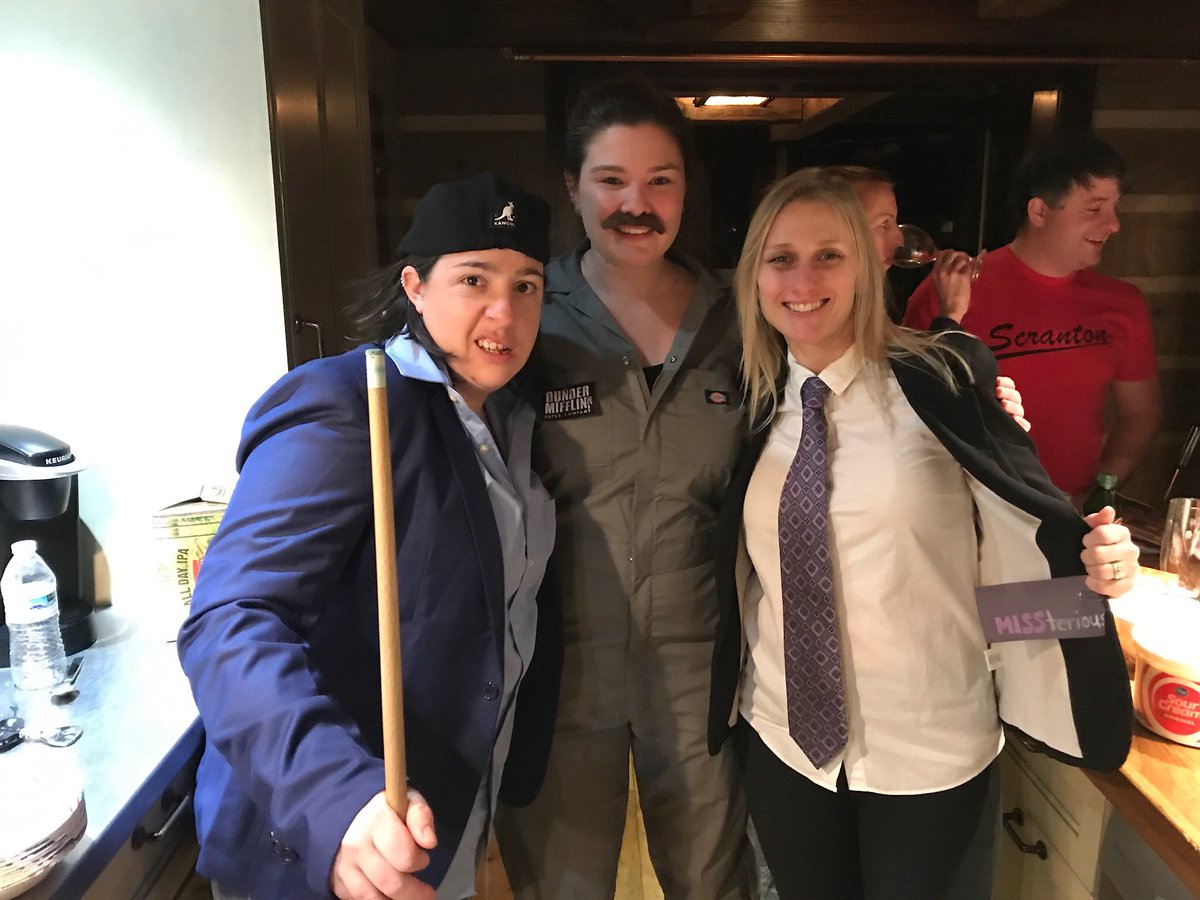 @jennafischer @AngelaKinsey FYI - for all you Casual Friday trackers. I just hit upon the episode where everyone actually dresses down!!! It's the Kevin chili episode!!! I'm so thrilled it came back around!

A good scene hidden away in season 9.

I was excited enough when one of my questions was read on @officeladiespod a few weeks ago, so getting a shoutout on this week’s episode AND having @msjennafischer post my fanart is just something else! I only wish I had new art to share 😭 in the meantime here’s a throwback, a WIP shot of my “Swaying isn’t Dancing” piece. When I drew this I was still mostly using Derwent Drawing pencils, now Luminance pencils are my go-to though I still use the Derwents especially for hair. Time to get my rear in gear and draw new stuff! 🎨 🎨 🎨 #officeladies #theoffice #jimandpam #pamandjim #pambeesly #jimhalpert #jennafischer #johnkrasinski #theofficefanart #coloredpencils #fanart #illustration #drawing #artistsoninstagram

What is it for you? #TheOffice

@jennafischer @AngelaKinsey Hey guys, you said in a episode that you don't remember seeing the mail cart being used. I just watched S8:E15 "Tallahassee" and in the last 5 mins of the episode Andy is using the cart singing 'Mail Call'. He did make a good receptionist to be honest!

this breaks my heart 😢

this breaks my heart 😢

Why does this actually look good 😂😂

The plasma reveal is the greatest gag ever in The Office.

No thank you. *turns off light* Follow me plz @casual_crouton

pb + j, pam beasley and jim ♫ ghost of you - 5sos ac i forget cc scenes.preset sc shansedits i use videostar!

i am so obsessed with the office ladies podcast. i literally listen to it every morning while i’m getting ready for class. thank you for creating this @jennafischer and @AngelaKinsey i am so loving learning so much fun bts info about the show!!!

I want it to be summer already

JUSTICE LEAGUE: HOPE An Elseworlds Tale Prologue ———————————— It’s been fifteen years since the Justice League disbanded. Fifteen years since the day when the prophets of hope, justice and freedom of the modern world were forced into hiding by the people they swore to protect. During a battle with Starro, an inter-dimensional monster, in the middle of Metropolis, the League made a fatal mistake that not only would cost them the lives of millions, but the life of one of their own: Barry Allen, The Flash. Following the arrest of its founder, Lex Luthor, the Wayne Corporation acquired numerous items of advanced Lexcorp technology. Wayne, a public financial supporter of the League, worked to create a device that would replicate the abilities of the Phantom Zone Projector, but on a larger scale. The unfinished device was used against Starro, and while it defeated the beast, it also tore open a large dimensional rift which sent a surge of power through the city, destroying buildings and killing millions. As the rift caused more damage, Barry tapped into the speed force and trapped the rift in a whirlwind created from his speed, folding it into itself, but also killing him. Following the events of this dreadful day, the U.S. Government instated an act that would ban all super-human heroes from working independently without government collaboration and supervision. While Superman and Wonder Woman accepted the new act and began working with the government, hundreds of heroes within the country either retired or continued their crime-fighting. (CONTINUED IN COMMENTS)

Fun fact!! When Dwight suggests they could go to the warehouse and Jan agrees and closes all the blinds, you can spot the camera man in the reflection of window and again shortly after I enjoy spotting those moments I'm a dork

No, my boyfriend is Date Mike😂😂

Is there anyone out there who has a more infectious laugh than @SteveCarell ?

I love that - this one is my go-to: https://www.youtube.com/watch?v=J34-t-QJ7cE … So much epic work from all three with just a few almost breaks.

Awesome. Never seen this. Top 3 episode for me.

Watching The Office again after listening to each episode of the Office Ladies podcast definitely brings some additional magic and enjoyment to an already exceptional and magic show! Thank you @jennafischer and @AngelaKinsey for your fantastic and highly enjoyable podcast!!

Listening to @jennafischer trying to comprehend Game of Thrones on this podcast is a Top 5 moment. It's so great.

“If don’t realize they were so realistic”- Dwight Schrute

sorry for being so inactive but i’m back! expect daily posts again 😊

Just started listening to @officeladiespod and i so want to hang out with @jennafischer and @AngelaKinsey ... loving all the fast facts and tidbits and their overall vibe! pic.twitter.com/PDi24rhrfR