We limit ourselves by deciding preemptively who we are and what we’re capable of before we give ourselves a chance to ACTUALLY be who we are. We shove all that we THINK we are into these tiny little boxes that we decide are safe...because being big is so much scarier than being small. I certainly do this, on so so so many levels. I don’t try or I act like I don’t care about something so that when it goes wrong (because I’ve already decided that it‘s going to) I can pretend like it’s no skin off my back. Chilling out in mediocrity is so much more comfortable than the idea of being daring, bold, and vulnerable and opening up to the possibility of embarrassment, shame, disappointment etc. I can really turn on the cold switch when I need to and I laugh at the fact that I try to pretend like I don’t care about things sometimes because the truth is..I care SO. MUCH. Anyone ever seen that episode of parks & rec where Craig says he has a disease, and his disease is caring too much, and it’s incurable? Lol I felt that on such a deep level. *it is curable though, but that’s a whole ‘nother subject* But hold up...can we also talk about how being daring, bold, and vulnerable also opens us up to the possibility of fulfillment and joy beyond our wildest dreams??? Being open and loving and caring is not a disease, sorry Craig. It’s a great blessing. It’s a huge part of being on this lil human journey. So be big in the things that you do: be a big dreamer, a big trier, a big lover, a big believer, a big human, a big soul. Rumi, at it again: Stop acting so small. You are the universe in ecstatic action. 📸: @peebstheman :’) . . . . #huntsville #wellnessblogging #spiritualblog #spiritual #spiritualinfluencer #wellnessinfluencer #mindbodyspirit #holistichealth #joyfulliving #blissfulbeing #bliss #beblissful #embracebliss #rumi #yogi #yogateacher #yogihsv

A trip to #huntsville, means a trip to @verticalhouserecords - my happy place!

#TBT Just daydreaming about one of our favorite campsites so far - Monte Sano State Park - which overlooks the city of Huntsville, Alabama. We love being up in the woods, surrounded and shaded by tall trees. It was so lovely and serene up there, the fallen leaves crinkling under our feet as we walked around the campground. 🍂 . Everyone talks about all the beautiful national parks in America, but our favorite camping spots so far have all been at state parks! 🍃 . Have any of you guys been to amazing state parks? Tell us about it! We want to discover many more. 🏕 . . . . . . . . . . #stateparks #montesano #statepark #huntsvillealabama #huntsville #alabama #campinglife #camping #rvlife #rvliving #fulltimervfamily #fulltimervers #airstream #liveriveted #airstreamfamily #airstreamclassics #babygate #naturelovers #outdoorkids #homeiswhereyouparkit #underthetrees #underthestars #outdoors #thegreatoutdoors #familycamping #thesouth #airstreamliving #airstreamlife

I love getting the chance to do plants that I don’t normally do. Here’s some wheat, oats, tea, and can you name the last one? Thanks so much Tatiana. 😊 . . . . . #botanicals #beer #tattoo #tattoos #beertattoo #teatattoo #whatsthetea #plants #love #ladytattooers #girlswithtattoos #campus805 #tattooed #tattooer #alabama #huntsville #hsv #rocketcity #huntsvillealabama

The poster over the master bed depicts the theme park we almost had in Huntsville, called Space City USA. It was to be built in 1963 around a space travel theme. To bad it never came to pass. It was abandoned 3 years later :-( . . . #vrbo #huntsville#alabama#forgottenalabama

Huntsville BOOMING TODAY lemme get back to the country

Quarantining Coronavirus patients right up the road.That virus is gonna spread so fast because of incompetent health professionals. UAB hospital is about to be flooded with patients in a few weeks. Huntsville, too.Why not send them to ATL? 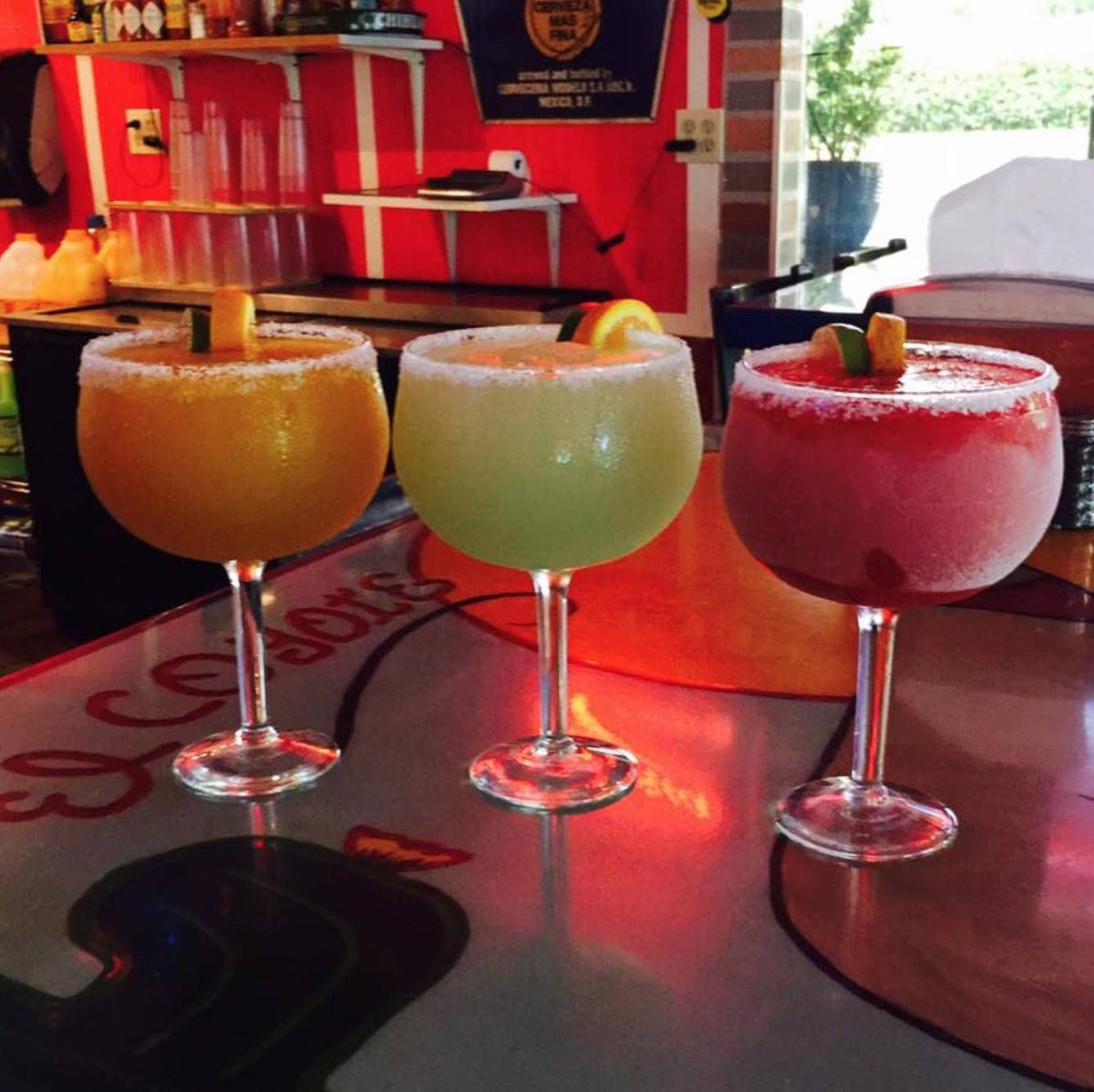 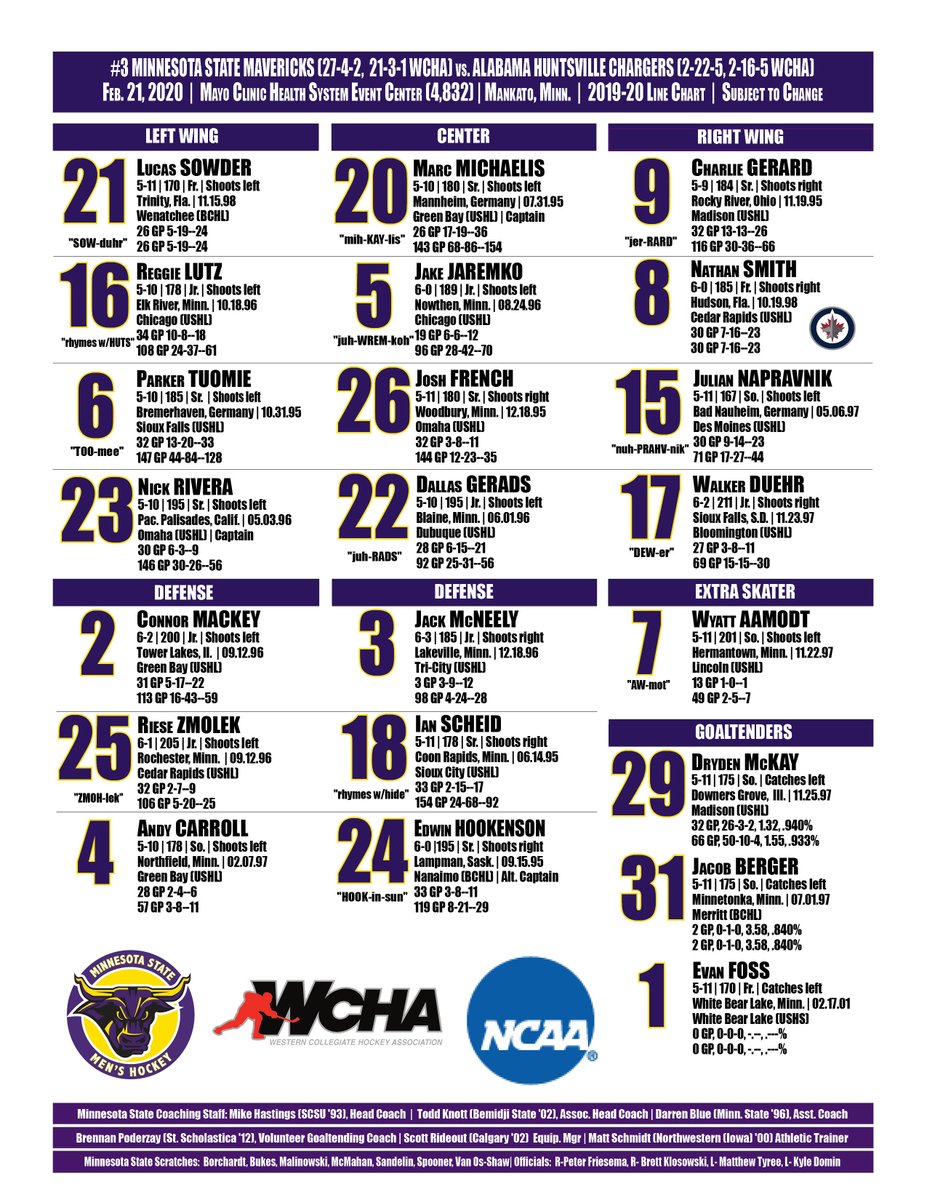 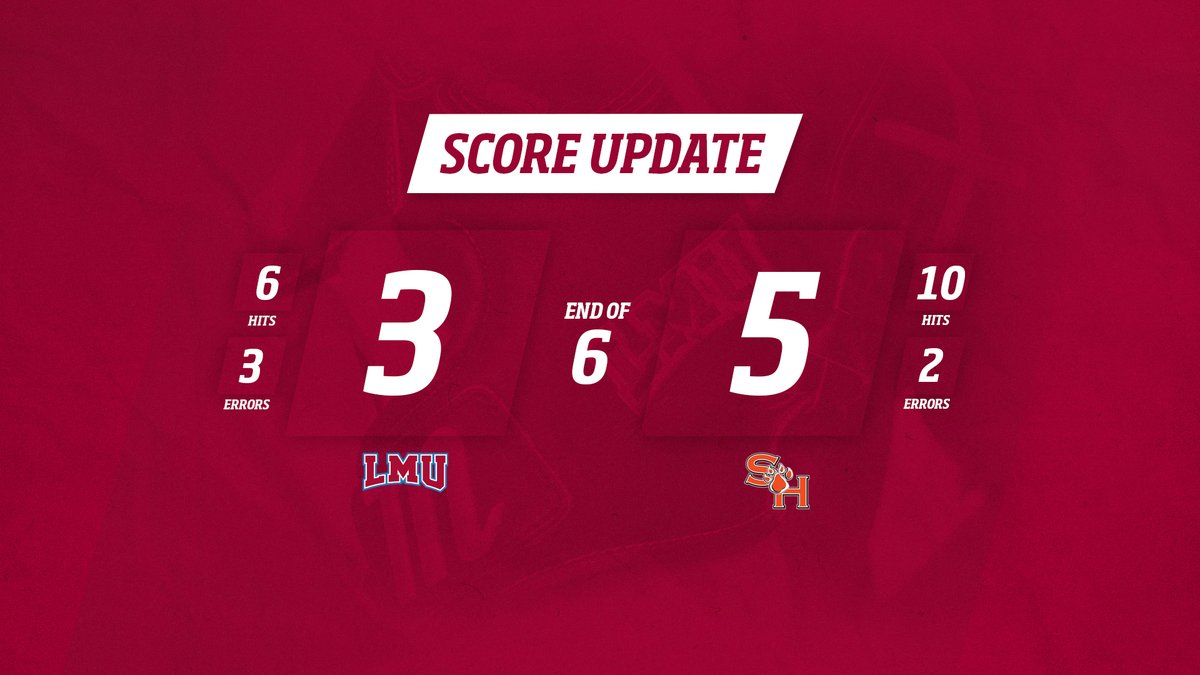 Lions give up a run on the error and we've played six in Huntsville. #JoinThePridepic.twitter.com/ebyjWsYB2O

Our move into Studio 150 is coming along - swipe through some sneak peek photos to catch a glimpse of what the new space is starting to look like (including a before and after photo of one of the three private workstations our members will be using as their own studios!) If you'd like to be one of the first people to see Studio 150, come to the first event we're hosting in the new space - Comic Con Block Party, next Saturday, February 29th from 12 PM - 4 PM! Until then, we'll be working every day transporting presses, moving products from the Pea Pod, and making our dream studio a reality 💚

30% off clothing. In the Lower Level At Accents and Antiques. 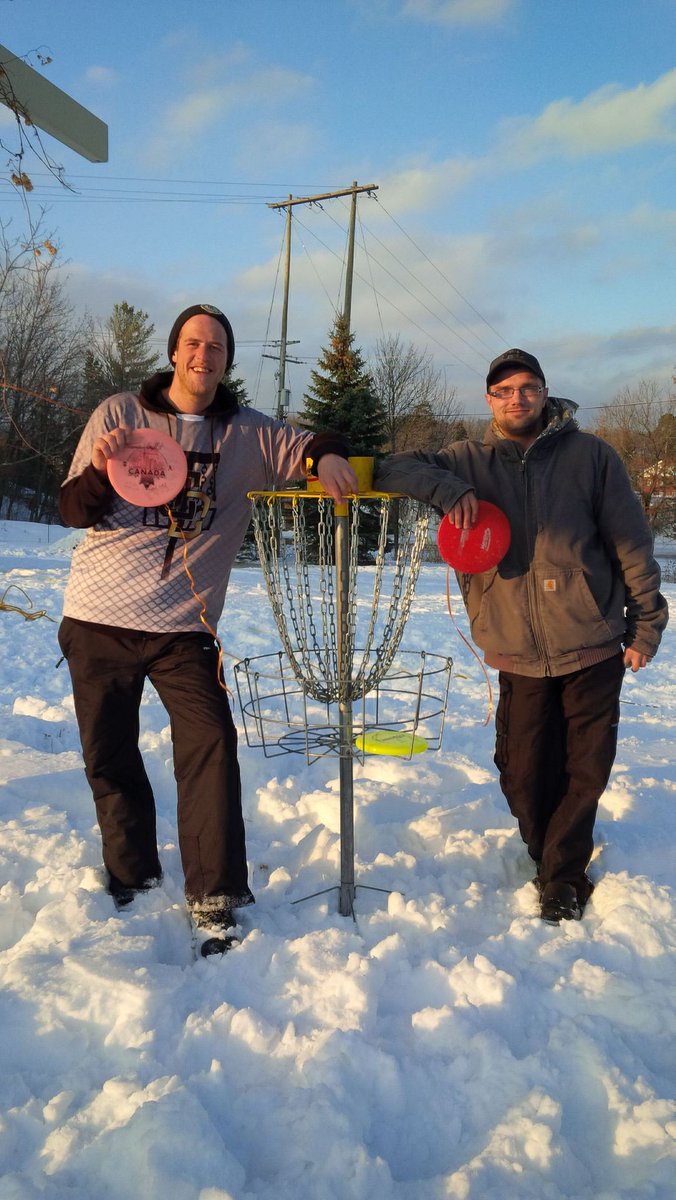 HDT Expeditionary Systems is hiring in #Huntsville, AL! Read about our latest #Procurement job opening via the link in our bio: Supply Chain Buyer

This turquoise color is a special requested lake sign. 💙 ⠀ We love working with customers to create a piece just for them. 🖼 ⠀ If you’re looking for something special, send us a message and let’s get started! 📮

My first race. Likely my last. That was crazy! @ Huntsville, Ontario https://www.instagram.com/p/B84ySplBg37/?igshid=jaasu7u59k5k …

Eagles loft is located above the store. it is rented out for 159.00/night. #ontariocamping #huntsville #katrine #almaguincampground #summerfun

The Owlett is located at campground entrance, it is rented out for 109.00/night #ontariocamping #huntsville #katrine #almaguincampground #summerfun

Such a pretty day it turned out to be!!🌞🕶 ...we are hanging out with some awesome vendors...come join!! #downtownhuntsville #HANDMADE #huntsville

Hand Painted Child’s desk. At Bleu32 3rd Floor. Swipe to see it all.

The thirst is real🍺🥛 ...pretty neat that this old middle school gym was turned into a brewery!

Even #huntsville has some #mardigras fun.

There was an awesome time of ministry along side these awesome men of God at Madison's Mighty Men of Valor Conference! #mensconference2020 #mensministry #gospel #ministry #huntsville #church

SAIC is hiring in #Huntsville, AL! Read about our latest #BusinessMgmt job opening via the link in our bio: IT Portfolio Manager_ITSS

My kids at their grandfather’s memorial service. #montesano #huntsville #nofilter

Had a blast at Winterfest this morning! A cool event put on by the town of Huntsville. They closed the street and trucked in snow so everyone could enjoy some winter activities. @tymfscott was the man that helped make sure snowboarding was included on the list of winter sports! Looking forward to next year! Photo 📷 @natemuskoka 🍻🤟 #Muskoka #winterfest #Huntsville #Snowboard #rightcanadian #outforarip

Tua signing autographs today at the @ShopParkwayPl mall today in Huntsville. via @Kaylawzdxpic.twitter.com/yxLICITn7S

How we treat our bodies is a part of self-care. Via wellness coach @bevkjohnson • The single-leg squat is a squat movement that adds a balance challenge to the traditional squat. These are sometimes called pistol squats. This type of squat is an intermediate to advanced exercise. You should only move on to single-leg squats after you’ve mastered the squat movement on both legs. But if you are new to the move, it can also be modified using a chair. 1. Start by standing on your right foot. Lift your left leg out and hold it out straight and slightly in front of your torso. You could also just bend your knee and keep your left leg elevated to start. Your arms can be by your side or out in front of you for balance. 2. Keep your core engaged and your torso up throughout the movement. Start to push your hips back as you lower into a squat position. Aim to get low enough that your hips are parallel to the ground. 3. Squeeze your glutes as you push into the right foot to stand back up. Try to keep your left leg up between reps. 4. Perform 5 to 10 reps on this side before switching to the left. 5. Perform 3 sets. #singlelegsquat #balance #squats #gluteworkout #legworkout #legday #genesysfitness #personaltrainer #blackfitnesstrainers #fitnessmotivation #huntsville #homeworkout #determination #goaldigger

Hello, gorgeous. We’re at Mardi Gras at @midcitydistrict, letting the good times roll! We’re sponsoring this event and loving it. Come get some White Chocolate Bread Pudding before they run out! 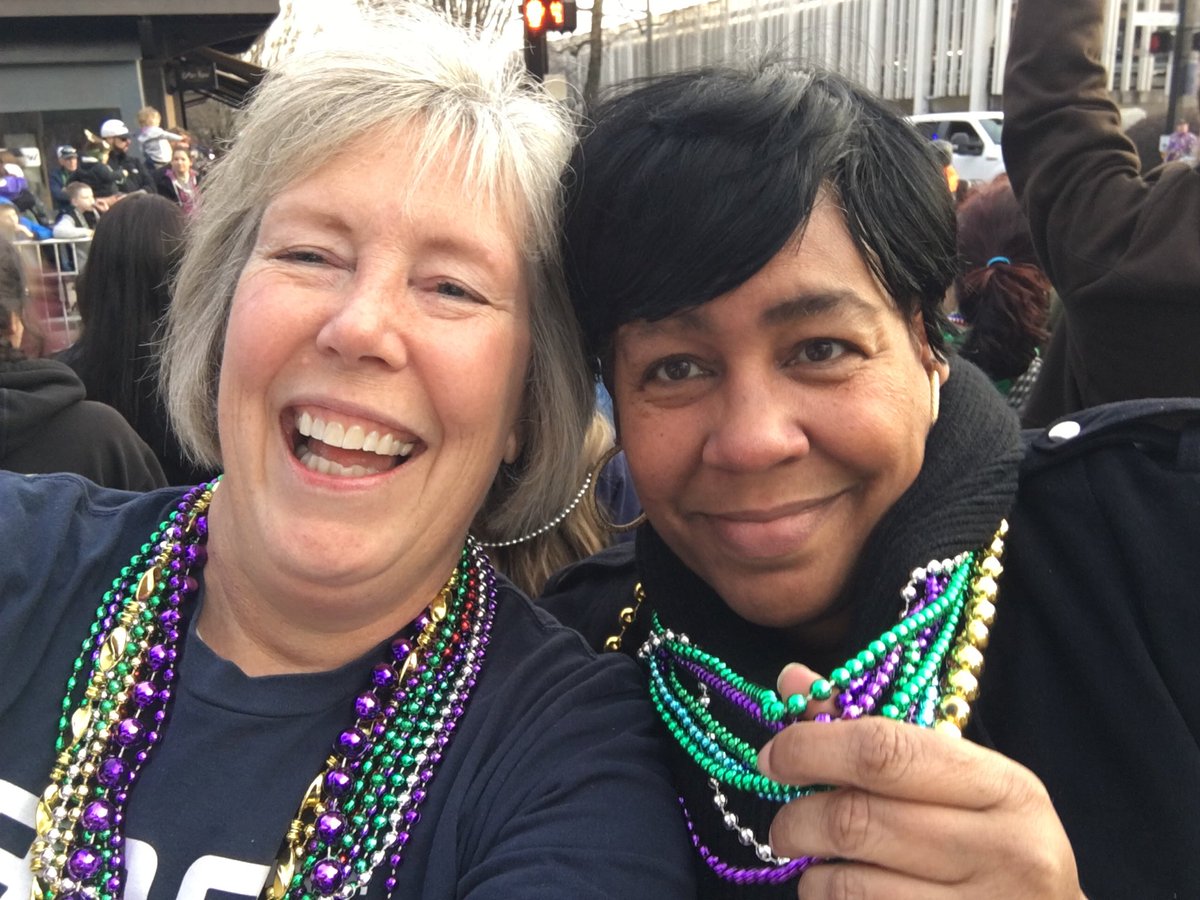 In 2010 during the G8 Summit I brought Glenn Wool in to @CottageComedy for The World Leaders of Comedy Gala. It was one of the best performances we have had in the 13 years of the fest! Very excited to be working with one of my all time favorite comics again right here in #Muskoka ( CottageComedy.com for tickets) #Repost @cottagecomedy with @make_repost ・・・ #CottageComedy returns for another Thirst Thursday March 19th at @thethirstyjudge featuring internationally acclaimed headliner @glenn_wool ! TICKET LINK IN BIO! Glenn has been featured on #ComedyCentral #JustForLaughs & on #DougStanhope ‘s “The Comedian’s Comedian’s Comedians”. Come see one of the funniest #Canadian exports back in his homeland live right here in #Muskoka ! Hosted by @tylermorrison123 (Ron Jeremy Roast, Sirius XM) & featuring @korakianitits (Kill Tony, JFL 42) #standupcomedy #standupcomedian #standupcomedians #standupcomic #standupcomics #standupcomedyshow #cottagelife #bracebridge #gravenhurst #portcarling #bala #parrysound #huntsville #baysville

We are so incredibly proud to be sponsoring this amazing event by @midcitydistrict! Come on out to @explorethecamp to celebrate #MardiGras today!

POSTPARTUM CORE PROGRESSIONS . There are lots of good rehab progressions out there. Here are a few easy ones you can get started with, and are able to be done with kiddos! . 🎥Video 1: supine core progression with heel slides, marches, arm raises with focus on breath and correst transverse abdominus (TrA) activation. . 🎥Video 2: Mini turkish get-up with OH weight. Focus is on breath timing and core control. I like this movement as it's a rotational sit-up motion. There is a lot of controversy as whether or not sit-ups are good, however we do motions like this all the time in everyday life so it's important to know safe strategies! . 🎥Videos 3 and 4: core stabilization series sitting on a swiss ball - and holding baby when they need to be held! Baby can be implemented into any routine so don't stress about finding a complete "you time" in order to get things done!! . I will be uploading more of my personal postpartum rehabilitation so stay tuned!! The important part of any exercise is being able to correctly coordinate your breath with your TrA and pelvic floor. And always monitor your symptoms. If something doesnt feel right, modify!! . What are your favorites??

The best part of the Huntsville, AL Mardi Gras parade is all the people boing the Bernie Bros marching. 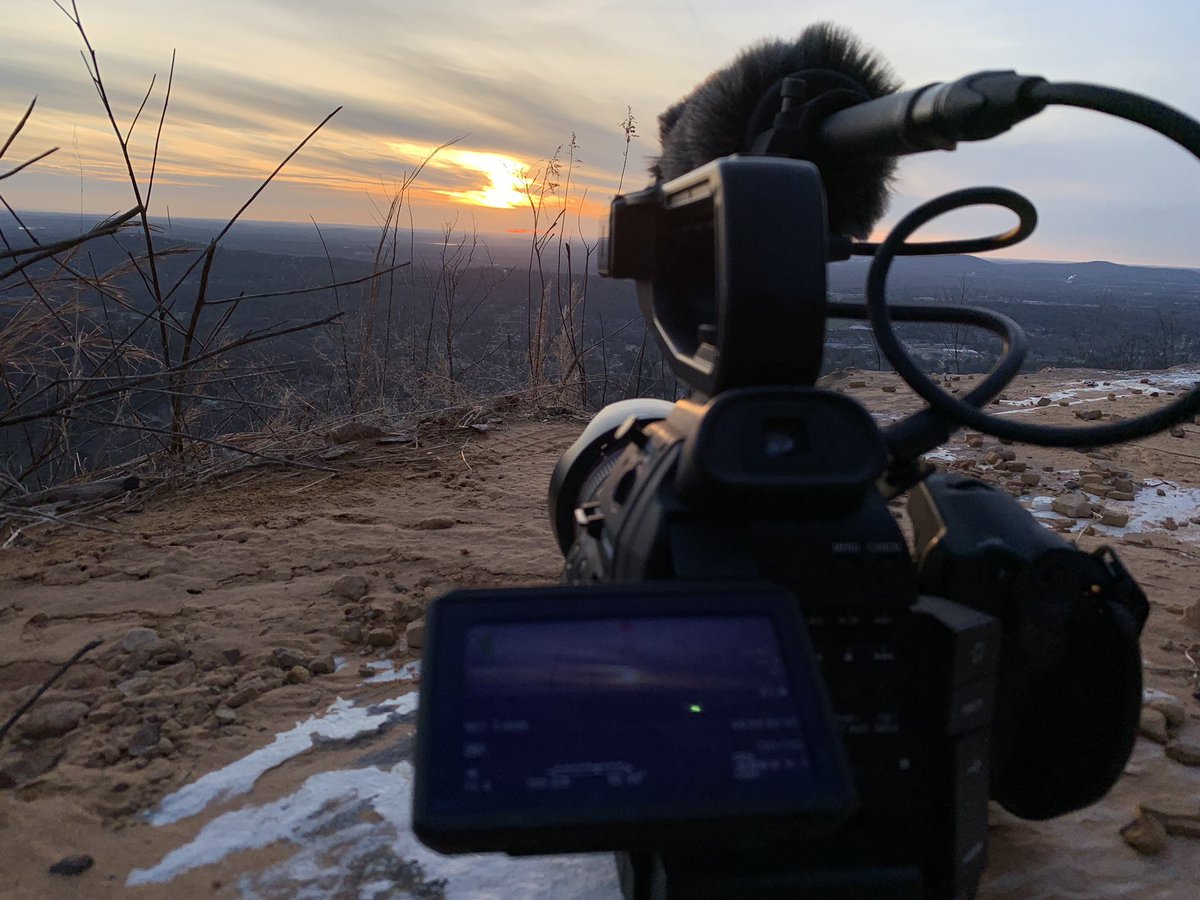 First sunset time lapse of 2020 with the C100 on top of #Huntsville big #sunset spot! Looking forward to seeing how the footage turns out! #hiking #outdoors #film #cinemapic.twitter.com/GNrcSUp4Eg

Let’s get Reel. Reel to reel that is. Lower Level at Accents and Antiques.

50% off at Accents and Antiques. Open Monday thru Saturday 10 to 5

Who cut hair in Huntsville?

This spring @winterwaterfactory just makes me happy! Suns out and we are here till 5! ☀️☀️❤️